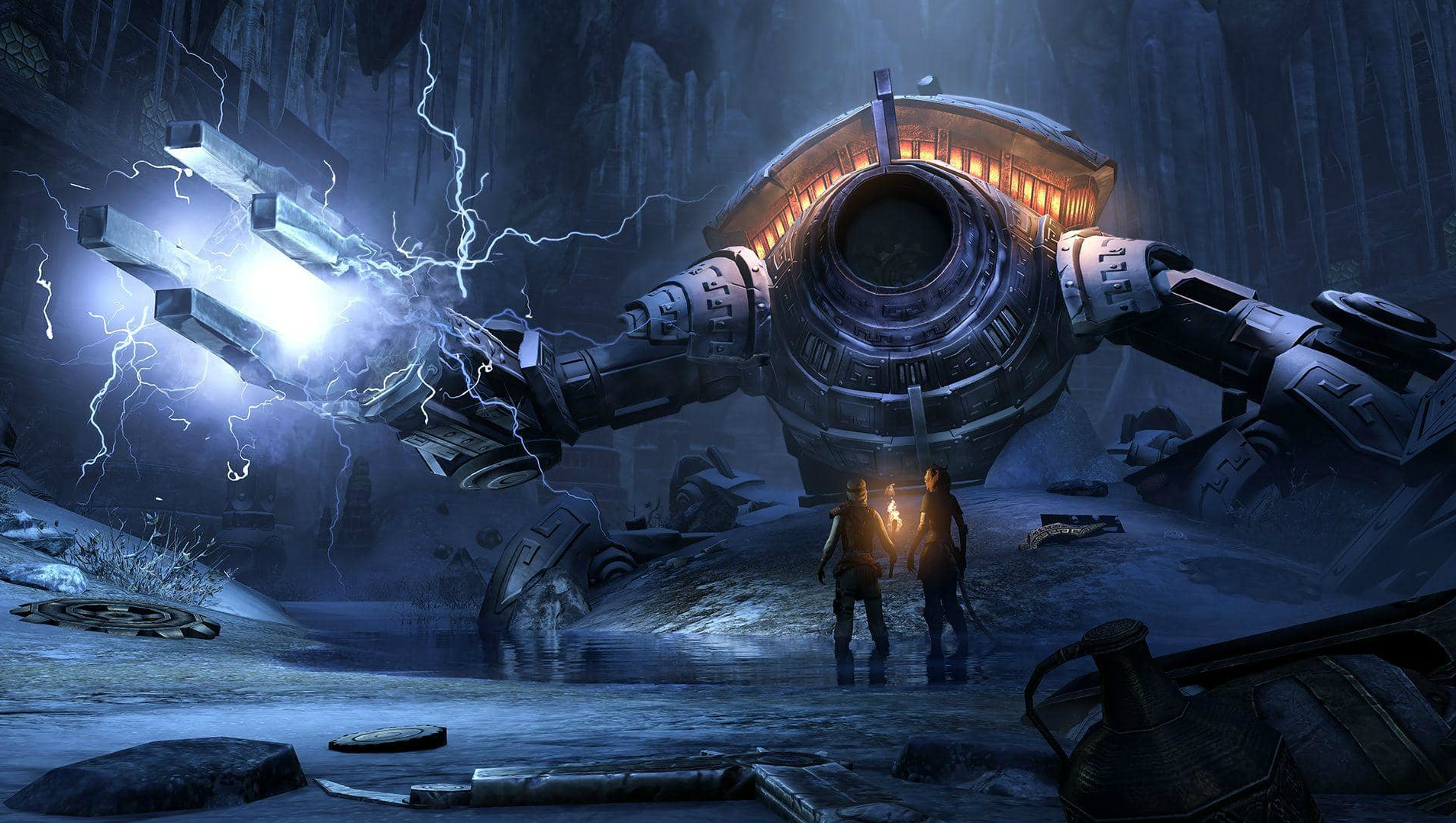 Elder Scrolls Online has been around for a long time now, and has become one of the better MMORPG experiences available, especially on console. The success has come through a steady build-up of the game’s mechanics and world through DLC releases, with each giving some modicum of game improvement alongside new dungeons, worlds, and maps. Wrathstone is the latest, and while it is light on overall changes to the game and presents no new areas to explore, the release is one of the better dungeon-only expansions of the game yet.

Wrathstone adds two new dungeons to the world of Tamriel, The Depths of Malatar and the Frostvault. Wrathstone is an introduction to the upcoming Elsweyr expansion that will bring the world of the Khajiit to Elder Scrolls Online. As such, the dungeons serve to tell the story of how apparently dragons are coming to the game very soon. While I’m not happy about the lore-breaking hamfisting of dragons into Elder Scrolls Online, I’m still more than happy to explore these two new dungeons and see what they have to offer. 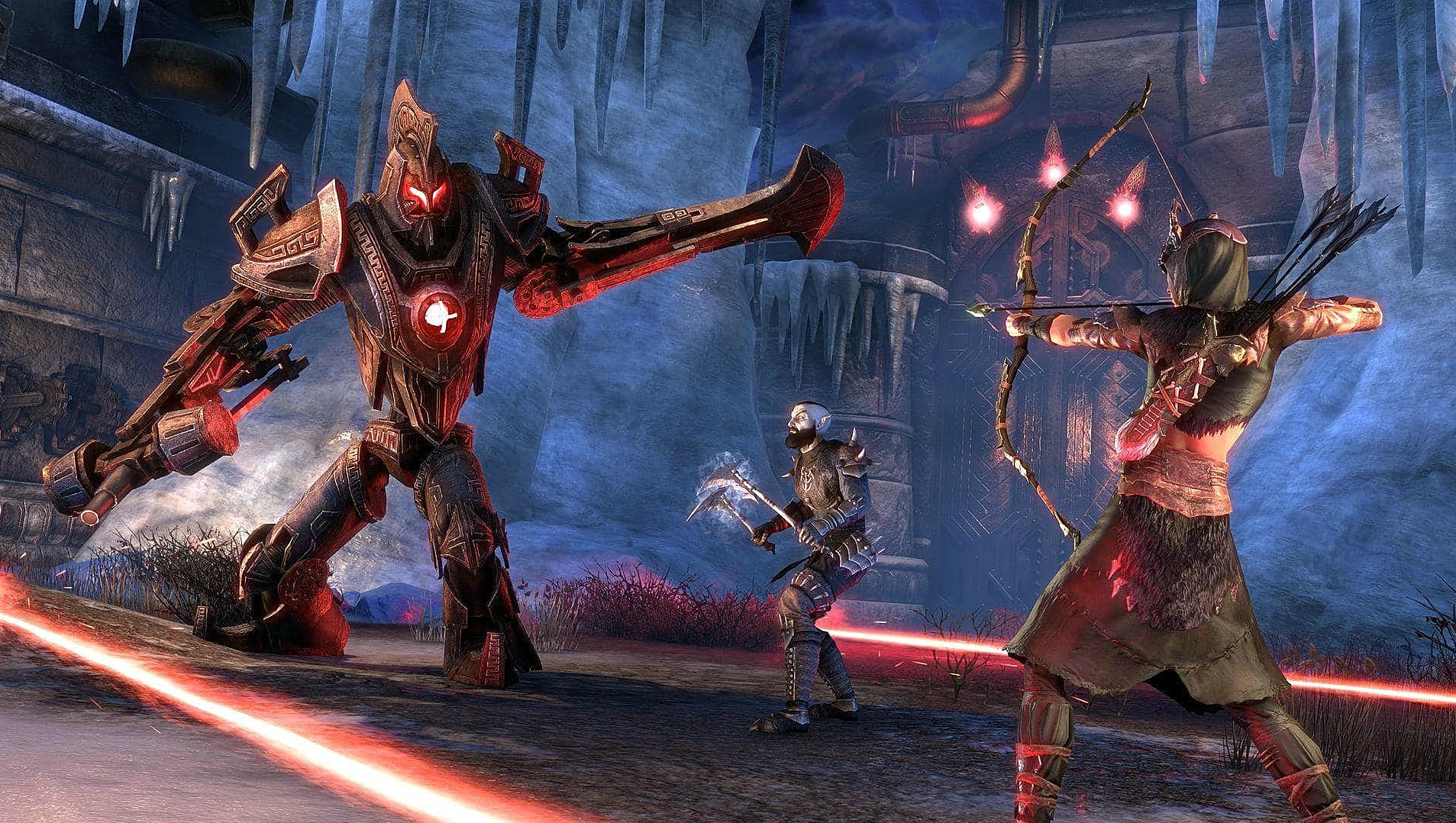 The Depths of Malatar is very familiar looking right from the get-go, a sort of blending of a few dungeons from the past. It is very dark and the setting feels like a sort of storehouse, making the experience reminiscent of the assassination missions from the Dark Brotherhood DLC. Part of the monotony of Elder Scrolls Online as it reaches its five year mark is in this repeating nature of new dungeons. Aside from the Clockwork City, most if not all of the added dungeons have been, at the very least, close cousins to some already existing adventure.

That said, I do enjoy the first boss battle, fought against a disease spewing Hunger called the Scavenging Maw, because it is held in a close quarters room with lots of rows of shelves and boxes around. It makes the challenge of staying together and finding the enemy that much more interesting and reminds me of being a kid, running around aisles in a supermarket fighting with my siblings. It is very much a highly detailed and deadly game of hide and seek, and just that little use of the arena layout makes for a uniquely interesting boss fight. 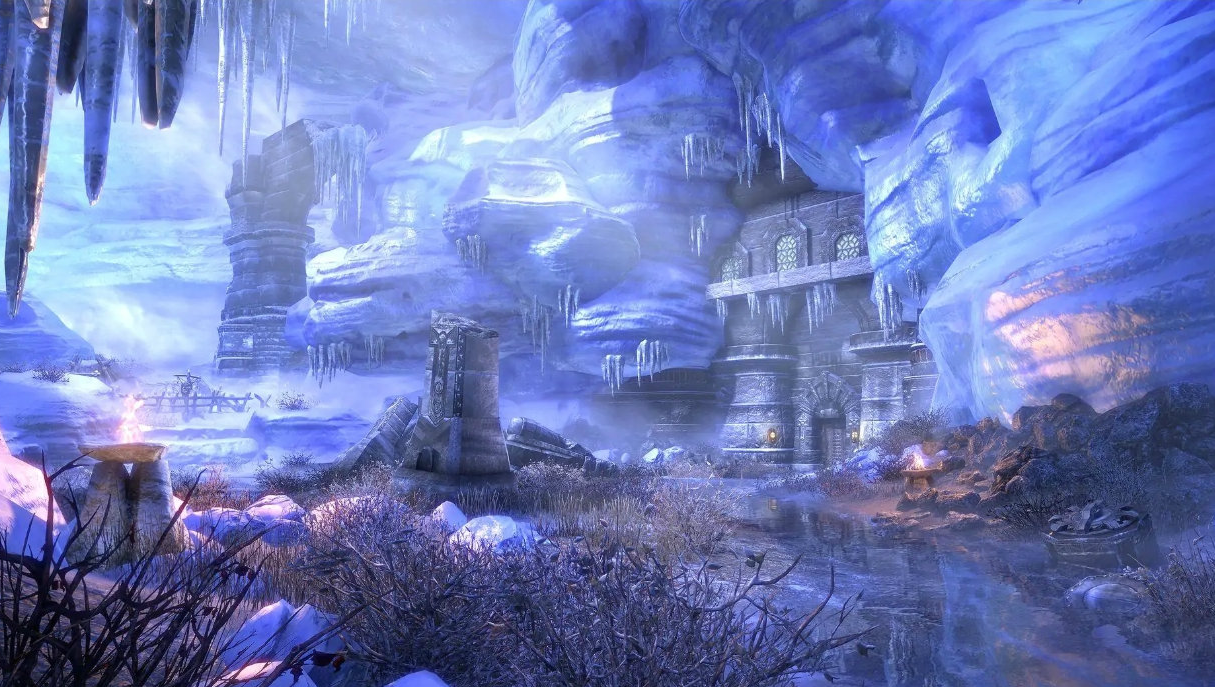 As you go further into Malatar, the Imperial style storehouse look gives way to an underground elven city, and while the look and feel changes some, it is still underwhelming. This is very much cancelled out by the battles to be had here. Without ruining the entire process, the battles ahead are some of the more creative I’ve seen in an Elder Scrolls Online dungeon. One such battle has you fighting a dark orb as it empowers the dead to rise against you, and imbues them with special powers that you have to eliminate to get through. The final boss in Malatar is as exciting and satisfying as any other in Elder Scrolls Online.

Frostvault is more of the same old, same old when it comes to the way it looks. It is a dwemer ruin like the dozens of others, and perhaps because of Skyrim and the million playthroughs I’ve had, any dungeon filled with snow and ice just seems overly predictable to me. While this dungeon doesn’t have quite the same quality of the Depths of Malatar, there is a battle where the boss, a large dwarven automaton, uses a shield to dodge a laser trap that moves across the floor. So, in a way, you have to work in a symbiotic way with the boss at times to avoid certain death from the laser, by standing on the opposite side of where the laser is firing to allow the robot’s shield to protect you as well. 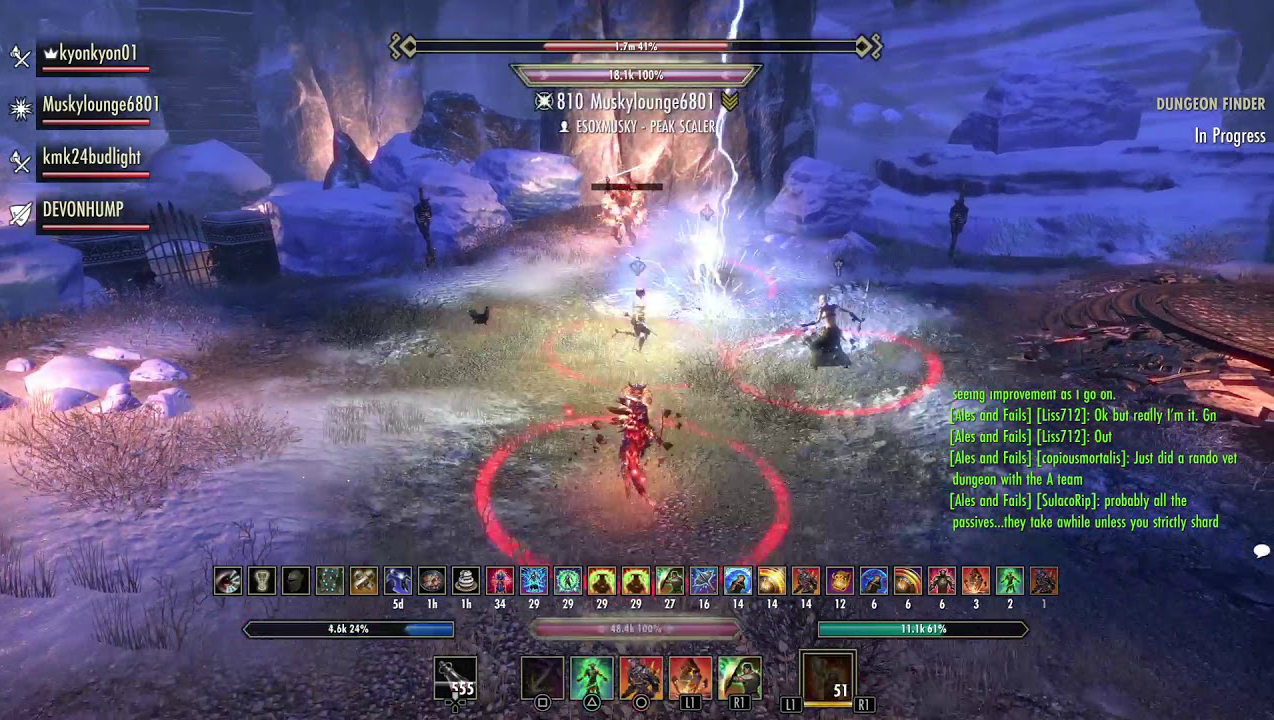 And the final battle in Frostvault is even more spectacular than the one in Malatar, if not quite as visually stunning. The reason for this is multiple mechanics that don’t involve just fighting and tanking. Use of robotic mice called Skeevaton play into the battle and add a sort of puzzle challenge mid-battle, and the boss itself is one of a kind, serving as one of the most impressively constructed and menacing dwarven enemies to date in the Elder Scrolls series.

Wrathstone is released alongside Update 21, which like always is the most consequential changes to come. A new Zone Guide allows you to quickly and simply track zone progress for quests, wayshrines, and the like. The guild traders have been updated to allow for specific searches, which is such a welcome change that I might cry some. Lastly, some tweaks have been made to racial abilities, but that is something I didn’t notice much of a difference in. More hardcore and dedicated players may see some difference in their top line numbers for tanking or damage dealing, however.

Elder Scrolls Online: Wrathstone is an introductory set of dungeons designed to tell the story of how we get to Elsweyr and see the release of dragons upon the online version of Tamriel. The dungeons both have some incredible moments and boss battles, and definitely are above and beyond the usual simple releases we get when they are dungeon-only. Alongside the free update, Wrathstone is one of the better releases for Elder Scrolls Online in awhile and sets up nicely what needs to be a home run with the Elsweyr expansion.

Patrick Rost has been with Gaming Trend since 2013. At first focused on sports coverage, Patrick has gone on to cover a wide range of games and other products for the website. Outside of Gaming Trend, Patrick writes and records music, grinds perpetually in Elder Scrolls Online (PS4), and lives day to day with his two dogs, Bob and Stella.
Related Articles: Elder Scrolls Online: Wrathstone
Share
Tweet
Share
Submit