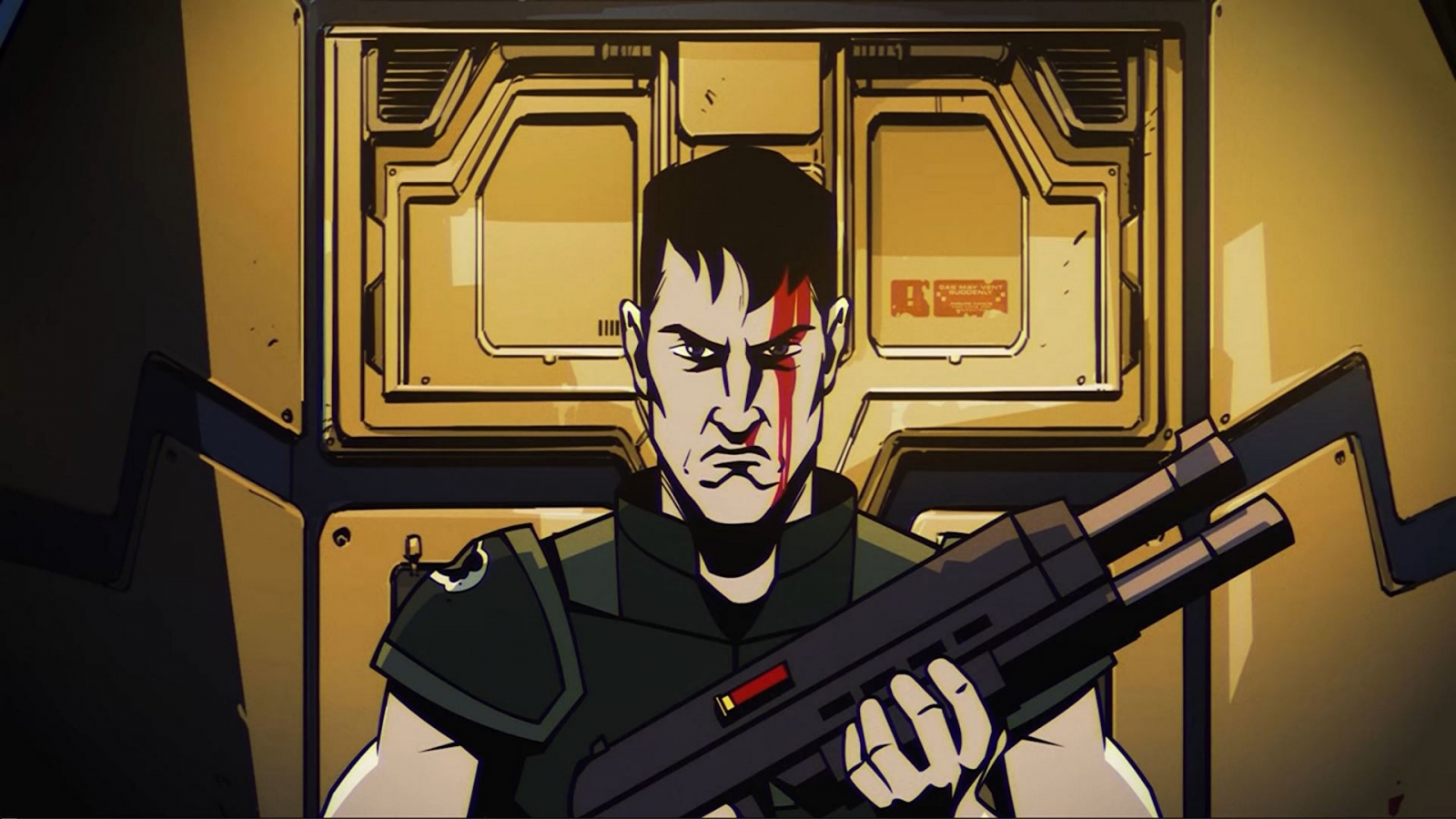 Jupiter Hell isn’t afraid to wear its influences on its sleeve, and in reality its homage to DOOM is one of its main selling points. Everything from the gloomy space stations, hoards of demons, heavy weaponry, and thrash-metal soundtrack honours the 90s classics we know and love. Rather than being an FPS, however, Jupiter Hell is a turn-based, isometric roguelike that has been marketed as ‘chess with guns’. After playing the game for several hours I probably wouldn’t jump to that comparison, but that isn’t necessarily a bad thing. Let’s take a look at what Jupiter Hell does right, and what doesn’t work so well.

You play as a foul-mouthed gunslinger who crashlands on a space station to find that everyone on board has either been brutally massacred or turned into a mindless sack of meat. Putting out a distress signal or crying in the corner wouldn’t make a fun time, so instead you go to work killing everything in sight (or, as our protagonist loves to say, “watering the grass”) and finding out the truth about what’s going on. That’s all there really is to it, but that’s all there needs to be. I liked how Jupiter Hell doesn’t try to overdo context or narrative, it just gives you a gun and says “Raze Hell” (I do love that pun). 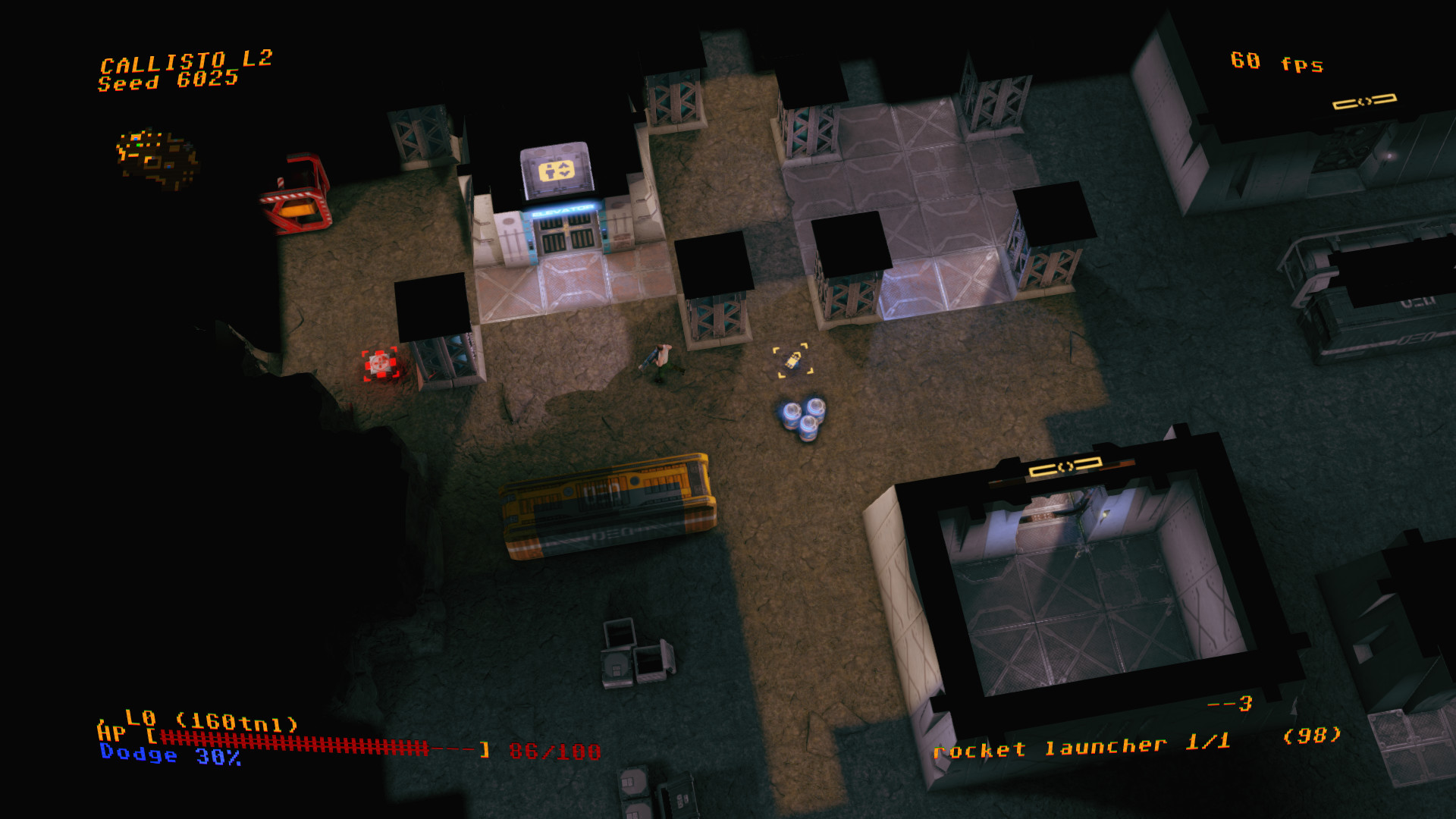 After a brief but informative tutorial, Jupiter Hell throws you right into the action. You can play as one of three classes: the Marine, the Scout, or the Technician. Each class has a different resource they can utilise, as well as different skills, passives, starting conditions, and traits they can learn as they level up. As a result, the class you begin the run with has a significant impact on gameplay and builds, and there is a good bit of variety both between each class and within the classes themselves. The Marine, for example, is very much your archetypal all-in-guns-blazing kinda class, beginning the run with a passive that heals him at the end of each stage, and perks that favour you being right there in the action. Additionally, Marines use Fury as a resource, which is used to power abilities such as ‘Adrenaline’ which provides the player with a heal. Fury is restored by killing enemies. On the other hand, the Scout is able to see the exit to each level on the map, and uses energy to power skills. The Scout’s baseline skill is ‘Stealth’, which allows them to go invisible a few times to escape or reposition. Energy is refilled by opening chests.

With a class selected, you’ll begin each run with a weapon and some ammo. The goal of each stage is to kill enemies to gain xp, new weapons, and ammo; explore the environment to find chests containing weapons, ammo, health packs, grenades and other resources, as well as stations that have a finite number of charges that can be used to offer benefits such as healing, ammo creation, and weapon-mod creation; and ultimately find the elevator to progress to the next stage. Each level is broken up into seven stages, and the levels get progressively more hellish (and of course, more brutal) as you move through them. The procedurally generated stages are fairly small, and generally consist of tight corridors with small to medium-sized rooms to break them up. Not having each stage be too large was the right call, as it keeps the player progressing quickly and doesn’t create tedium when exploring for resources or trying to locate the exit. I did, however, find the presentation of most of the levels to be quite lacklustre. There isn’t a whole lot of variety between each of them, and they’re not exactly exciting to look at. While the dull colour palette is right at home with the tone of the game and the feelings of oppression and claustrophobia that the levels successfully evoke, they begin to feel dull and repetitive after just a few runs. The procedural generation doesn’t really help with that, either.

Navigating the gameworld is done by moving across tiles in 4 directions (up, down, left, and right), and the player can utilise walls and objects as cover to protect themselves from enemy fire. There is a fairly heavy fog of war on each level that keeps you on your toes as you move through each area, encouraging the player to always have cover close by in case they stumble into a room full of demons. As one might expect, cover is essential to success, and improves both offense and defense. Not only can cover protect you from incoming fire, but waiting behind it improves your accuracy on the target enemy as well as forcing enemies to move towards you, through your line of fire (who would have thought that zombies and demons aren’t very smart). Positioning is key to success in Jupiter Hell, as weapons will only be effective at certain ranges. There are all the standard weapon archetypes here, from pistols to SMGs, assault rifles to rocket launchers. There’s also a plethora of melee weapons such as knives, crowbars, and chainsaws, and there are some other more ‘sci-fi’ weapons to be found on later stages. 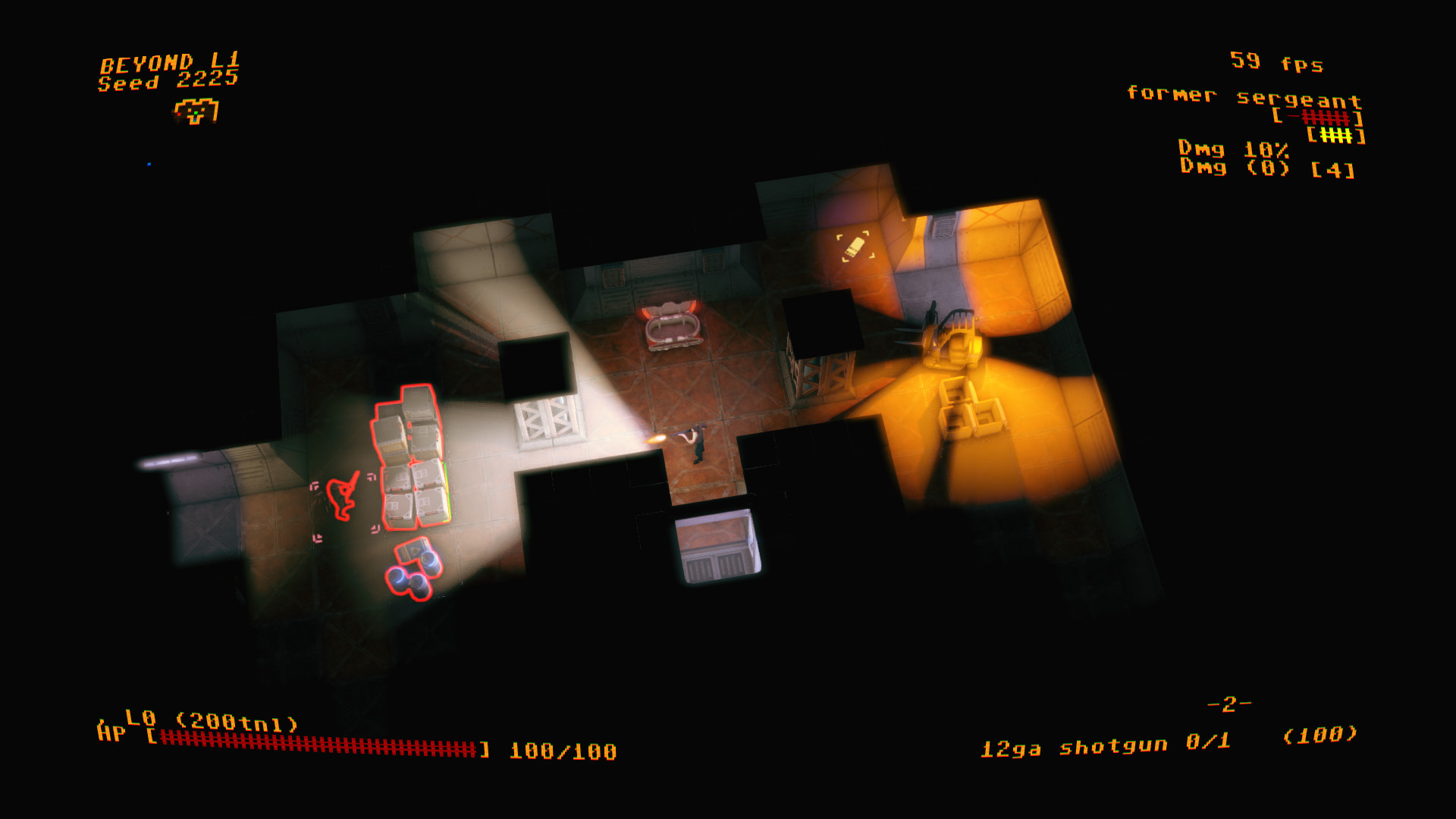 As you boom, blast, and shred your way through Jupiter Hell, you’ll earn xp and grow in power. Power primarily comes through XP. Each time you level up, you’ll be able to spend a point to upgrade one of several perks, many of which are unique to each class. Some do feel more powerful than others, but all do something different and help you carve out a playstyle. A feature of the perk system that I particularly liked are the ‘Master Perks’, that require certain perks as a prerequisite but offer gameplay defining bonuses. These give the player a longer term goal to build towards each run, and in turn makes investing in a certain build feel more rewarding.

Items also contribute towards player power. There are weapon and armour mods that can be found or created in stations, as well as grenades, medkits, and other utility items. Mods have a decent amount of variety, and can offer bonuses such as increasing a weapon’s range, or causing the first bullet of a mag to do more damage. There are also rare, powerful items called Relics. Relics usually offer the player a significant bonus, albeit for a price. I found a particular Relic in one of my runs that allowed me to insta kill all biological enemies at the price of having my HP permanently reduced every three kills. I was lucky in that I had invested a lot into increasing my HP prior to picking up the relic, so I managed to get a tonne of use out of it.

As a true rogue-like, all progression is lost upon death. The lifeblood of a roguelike is its ability to make the player say ‘one more run’ after each death, and unfortunately, that feeling didn’t last very long for me in Jupiter Hell. While there is a lot of variety in builds, the gameplay itself doesn’t actually change all that much between builds, and the lack of variety in levels makes it feel far more repetitive than it really should. While there is actually a lot of depth for strategists to sink their teeth into (which is absolutely needed for higher difficulties), a lot of casual players may decide to put it down before they ever get the chance to try out all the different builds the game has to offer.

Jupiter Hell isn’t afraid to wear its inspirations on its sleeve, and it does a great job in recreating that ‘DOOM’ feeling in a vastly different genre. While the build and class diversity is solid at first glance, the lack of gameplay and level variety doesn’t provide that ‘one more run’ feeling. That being said, there is plenty for hardcore strategists to sink their teeth into should they want to master the game at the highest difficulty.

Kristian (or Kris for short) is a copywriter by day, button presser by night. Based in the UK, Kris loves any game that allows him to swing a sword, fire an arrow, or sling a ball of fire, but ultimately he's not too fussy. On the rare occasion Kris isn't writing or gaming, you'll probably find him in the bath with a good book.
Related Articles: Indies, Jupiter Hell
Share
Tweet
Share
Submit