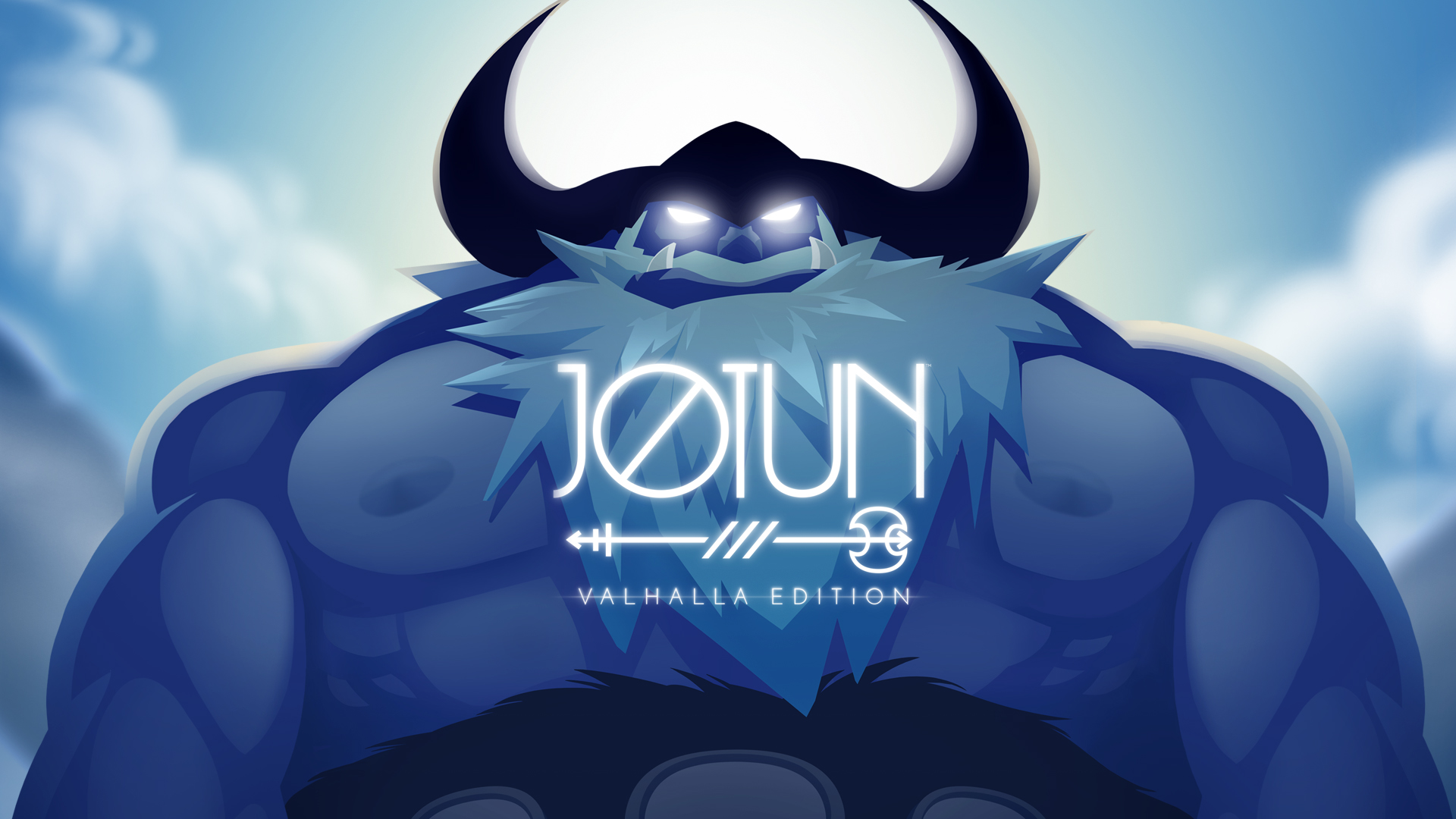 Jotun arouses the same sensation of reading a storybook before bedtime — it’s a passive experience that strings you along from cover to cover thanks to its beautiful presentation… save for each of the game’s giant-slaying set pieces. And while getting to each of these boss fights turns into a bit of a slog, it’s the demanding action and presentation of these battles that makes Jotun a pleasant, bite-sized romp through Norse mythology.

Jotun tells the story of Thora, a Viking warrior who dies ingloriously at sea but is given a second chance to earn her place in Valhalla. To do so, she must impress the gods by slaying the fearsome jötnar, colossal titans that make up the game’s boss battles. These skirmishes are a delight – each one challenging and different from each other. The fight against Isa, for example, takes place on an appropriately icy battlefield that impairs Thora’s mobility, while the fight against Fe puts her in an earthy arena… surrounded by hundreds of enemies. For all their difficulty, these fights never seem unfair — especially with the additions of special power-ups you discover throughout the game.

These power-ups, which range from healing yourself to cloning yourself, are scattered around exotic locations from Norse mythology, such as Niflheim or Yggdrasil, but sadly, exploring these areas is never nearly as exciting as their climactic boss fights. Each area presents players with new environmental hazards to overcome, but these are never more difficult than employing a well-timed roll. This sleepy game design applies to Jotun’s light exploration puzzles, too. In one instance during my playthrough, an area introduced a puzzle element that involved traversing a swamp via floating rafts, but the mechanic never felt fully explored. Jotun is a short experience — I completed it in about 7 hours — but the game’s brevity doesn’t forgive Jotun’s lazy game design when it comes to its exploration segments.

During Jotun’s exploration segments, players can seek out the elusive Apples of Ithunn, which extend Thora’s maximum health. This almost becomes a necessity during the game’s later boss fights when the difficulty gets ramped up.

Criticisms aside, Jotun’s bread and butter is its presentation. The game is hand-drawn, which shines in each of the title’s boss battles — jötnar slash, bash, and dash across open arenas, and it’s tempting to sacrifice some health just so you can see their animations. The environments leading up to each fight are equally pretty, and each one harbors beautiful scenery that makes discovering new viewpoints a more enticing gameplay mechanic than overcoming each location’s environmental hazards.

Each jotun towers above Thora, making her task seem nearly impossible at first glance, yet incredibly rewarding when accomplished.

Jotun: Valhalla Edition introduces the new Valhalla Mode, a streamlined version of the campaign that’s available through the main menu after you beat the game. This feature pits players against stronger jötnar, and even with Thora’s full arsenal of upgrades carried over, these bosses are painfully more difficult than their originals. Valhalla Mode is a welcome addition to the game, but if you already played Jotun when it launched on PC last year, nothing more is added to the package.

Jotun: Valhalla Edition is a beautiful, but sometimes shallow, crash course in Norse mythology that shines in its boss fights’ designs and overall presentation. And while Valhalla Mode isn’t much of an incentive to jump back in for returning players, it adds tremendous challenge to the already difficult core experience.

Hunter Wolfe just graduated with his B.A. in Communication/Journalism from Shippensburg University and has nearly four years of professional writing experience. His content has been featured on sites like Rolling Stone's Glixel, Destructoid and The Artifice. You can check out his full portfolio at: www.hunterawolfe.com.
Related Articles: Jotun: Vahalla Edition
Share
Tweet
Share
Submit