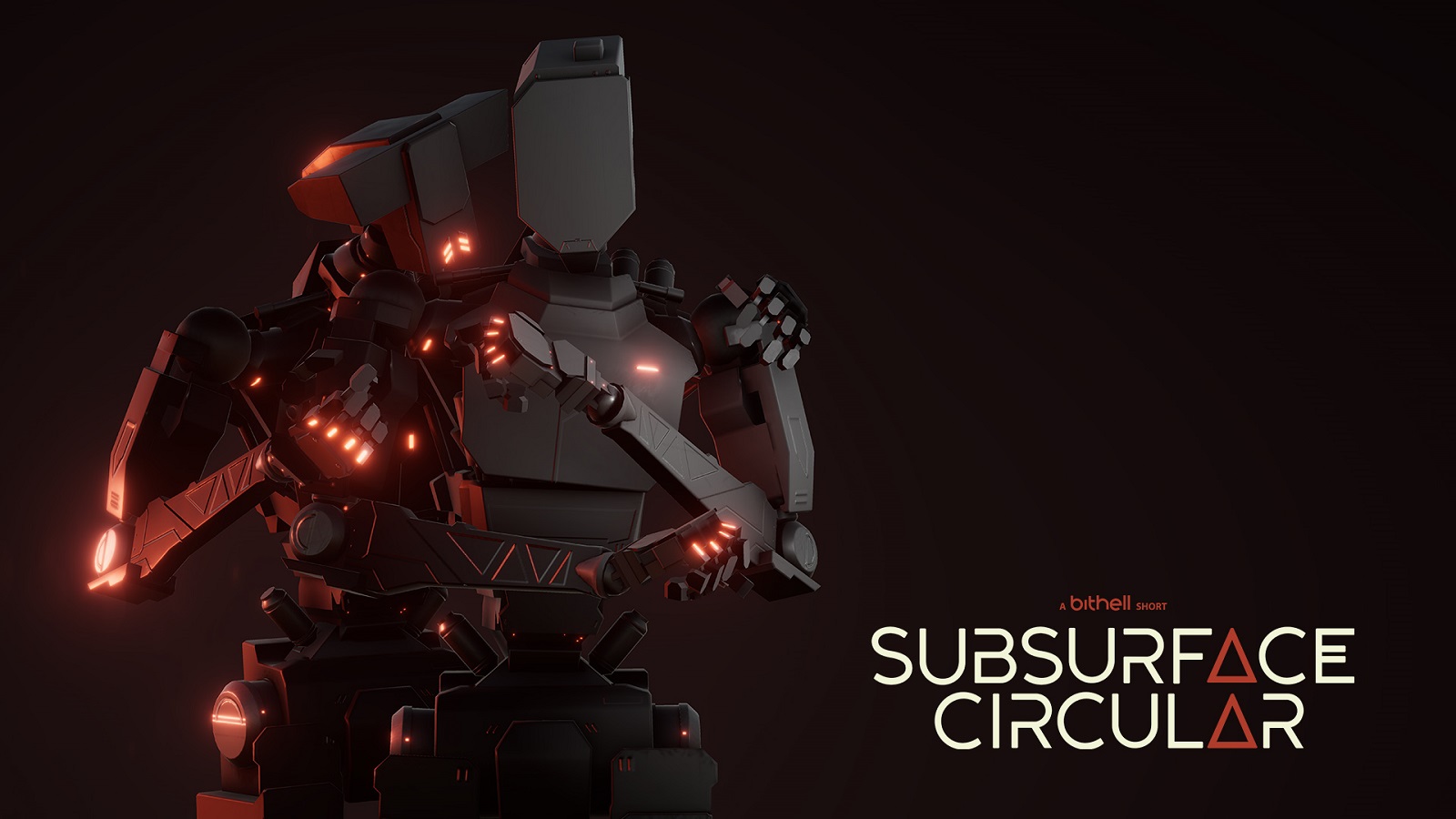 If there’s one thing the Nintendo Switch needs in a greater quantity, it’s text-based adventure games and visual novels. The portable nature of the console is perfect for Ace Attorney or Telltale-esque games, and I’m glad titles like Thimbleweed Park and Oxenfree have received ports to the console. Bithell Games’ Subsurface Circular gets a Switch release today, and it’s a great little palate cleanser that weaves its engaging story with its slick visuals and futuristic setting.

Set in the distant future, Subsurface Circular has you controlling a Tek, a robotic being, who is restricted to sitting on the titular subway system while investigating different cases. During one interaction with a fabricator Tek, you are tasked with trying to investigate a disappearance of one Tek (which turns into a string of disappearances of multiple Teks later in the game) by interrogating others on the subway. You do this by interacting privately with the different Teks and responding to different prompts. While a mainly linear experience, there are a surprisingly various number of prompts at your disposal, and each conversation carries some weight to the overlying narrative.

Later in the game, you can choose to investigate your targets with focus points, conversation options that can range from questions about your current investigation to an access word that can override certain autonomous functions in a Tek. After you finish your interrogations, Teks will leave based on where you are in the subway system, and you can track your travels via an in-game map. Subsurface Circular is divided into seven different segments, and you can replay each one you go through them. Additionally, once you complete the game, you can activate a developer Tek to learn insight about the game design and other different features.

I’ve played Thomas Was Alone a while back, and I was thoroughly impressed with the storytelling elements that Mike Bithell could portray using literal blocks. Here, the story is as strong as ever, and it conveys a great allegory to subjects like prejudice, free will, and even a dissertation of Asimov’s three laws of robotics. For a game rated E10+, there’s a surprisingly deep amount of reflection one could have when playing this game. The characters, while voiceless and lacking facial features, are still very dynamic, from the first fabricator Tek you meet to a priest Tek that guides you in a makeshift confessional. The characters are simultaneously featureless yet memorable, and I really enjoyed my fleeting time with the cast.

For a game about being stuck on a subway, the visual presentation and sound design are superb, and I was immersed within the setting. From the subtle rumbles thanks to the Joy-Con to the serene sounds of the bustling subway, it really contributes to the overall mood of Subsurface Circular. The game runs perfectly whether on portable or docked mode, though I preferred the portable orientation due to the text-based nature of the title (plus, you can use the Switch’s screen like a tablet). While you won’t get to see the above-ground portion of the world, everything about the character designs and the lighting can tell you what might be going on up above. It’s an element of the unknown that piqued my curiosity about the world, and one thing upon which can be expounded should a sequel arise.

I did enjoy the interaction system as well, though much like a Telltale game, it falls through the usual pitfalls of being linear and limited at times. While the branching dialogue can give you different answers, everything ends up at the same conclusion, save for one choice at the climax of the game that determines your ending. Oddly enough, I really thought the ending to the game was one of the weakest parts of the experience, as it really doesn’t explore the aftermath, and has an abrupt ending regardless of what choice you make. While the in-game subway map suggests a degree of urgency (as some Teks will get off on certain stops), you won’t progress until you finish your current investigation threads, so it ends up being a disappointingly underused mechanic that would have been a great addition had it been fleshed out.

In regards to the length of the game, I believe Subsurface Circular doesn’t overstay its welcome. Priced at $5.99, you can finish this up in a single two-hour session (a feature which was touted in marketing as a Bithell Short). It feels like a standalone episode of a Telltale title, and I think it would have been detrimental had the game been twice as long. While I would like to revisit this world again, as a single one-shot, Subsurface Circular does its job well.

A fast-paced, snappily-written story mixed with some sleek visual design makes Subsurface Circular a great title to think about for the two hour runtime it takes to tell its tale. This game is a wonderful addition to the Switch library, and I hope that more Bithell Shorts will be on the way.

Elisha Deogracias is an aspiring accountant by day, freelance writer by night. Before writing for Gaming Trend, he had a small gig on the now defunct Examiner. When not being a third wheel with his best friends on dates or yearning for some closure on Pushing Daisies, he's busy catching up on shonen manga and wacky rhythm games. Mains R.O.B. in Smash. Still doesn't know if he's a kid or a squid.
Related Articles: Indies, Subsurface Circular
Share
Tweet
Share
Submit