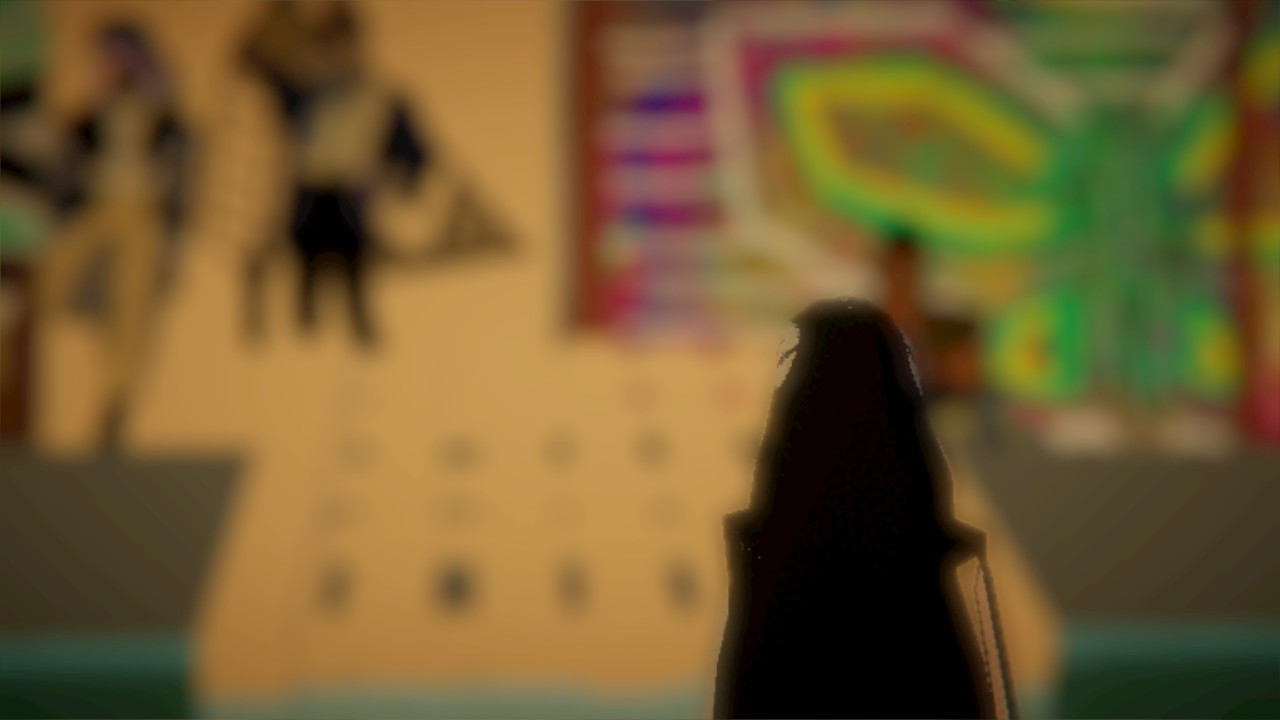 What would it be like to watch the world end, knowing you can do nothing to stop it? The people with power either don’t care or are actively profiting from the hellscape they’ve created. Even trying to protest or offer a dissenting opinion will get their goons sent after you. Your hopes of doing something, anything, to prevent a looming disaster are crushed instantaneously. What can you do, then? Well, you can make art.

Umurangi Generation is a photography game focused on allowing the player to express themselves by taking pictures of various in-game environments. Each level is like a 3D eye spy puzzle, you’re tasked with taking pictures of certain people, objects, or moments. For example, you may have to snap a pic of 10 solar panels using your telephoto lens. While these objectives are necessary to finish the level and progress to the next, they’re more so there to get you to explore and observe the self described shitty future the game presents, all while expressing yourself through the pictures you take. Art is subjective, so outside of a single exception you’re only rewarded for taking pictures, even if your subject isn’t in focus either intentionally or unintentionally. 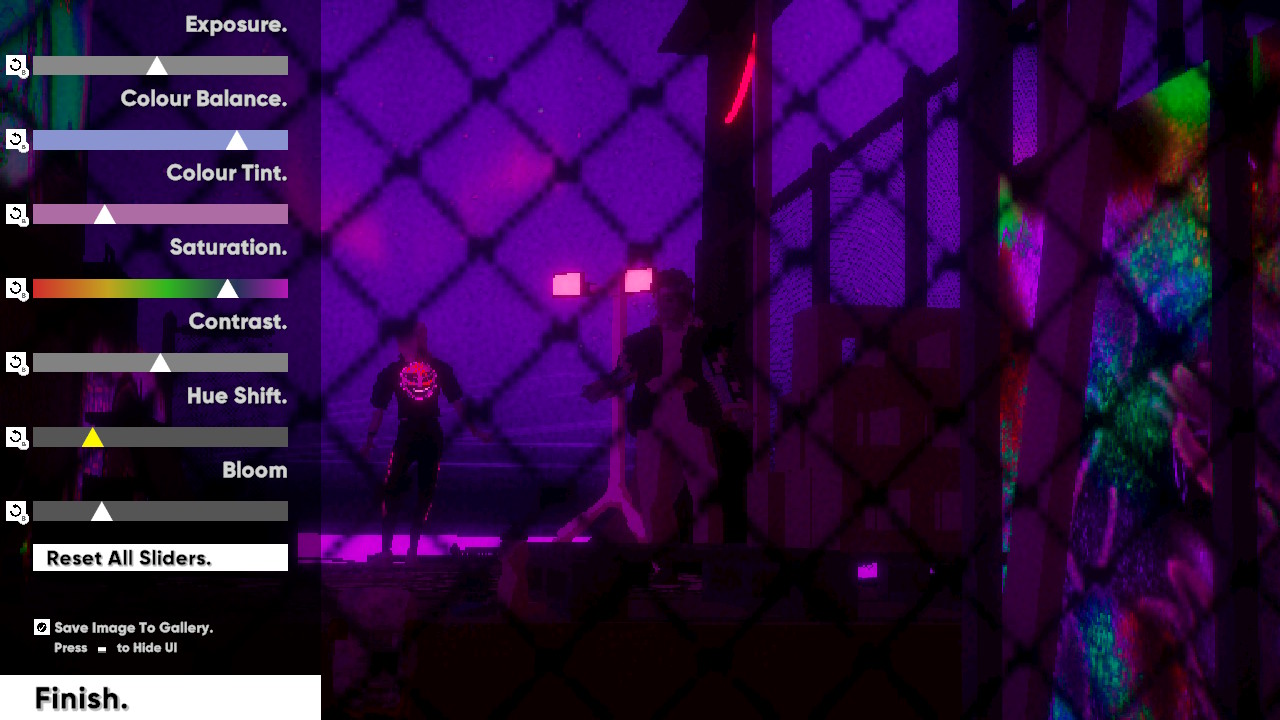 The story presented here is done entirely through the environment, and honestly if the game actually had dialogue or cutscenes it might be too in your face about its message. As is though, it’s a perfect expression of a generation of people feeling hopeless and possessing no power to change their situation, something I find deeply relatable and I have no doubt others will too. Umurangi Generation takes place in Tauranga, Aotearoa (otherwise known as New Zealand) as you put on the stylish jacket and roller skates of a Māori courier for the Tauranga Express. Along with a group of friends (including a penguin), you visit various locations and document your impending doom in your own way. The United Nations has walled off the island and established martial law, deploying giant robots to fight off kaiju resembling jellyfish among other things they deem undesirable. It’s very clear that this is inspired by real world events like the global pandemic, various fires around the world, climate change, police brutality, the rise of facism, capitalism destroying everything we love, and more. UG also takes some influence from Māori culture, and what I’ve seen in the game makes me want to learn more about them. It’s a fascinating and unique setting that evolves the cyberpunk genre to the next level.

Umurangi Generation has a lovely, low poly art style that looks incredible. Just like the story, it takes inspiration from older games like Jet Set Radio and Metal Gear Solid while bringing that comparatively primitive art style into the modern era. Environments pop with color, or a lack of it can help hit home the depressing nature of events. I’ll leave you to discover most of what the game has to offer, but from start to finish every environment is stunningly detailed and offers tons of subjects for your photos. 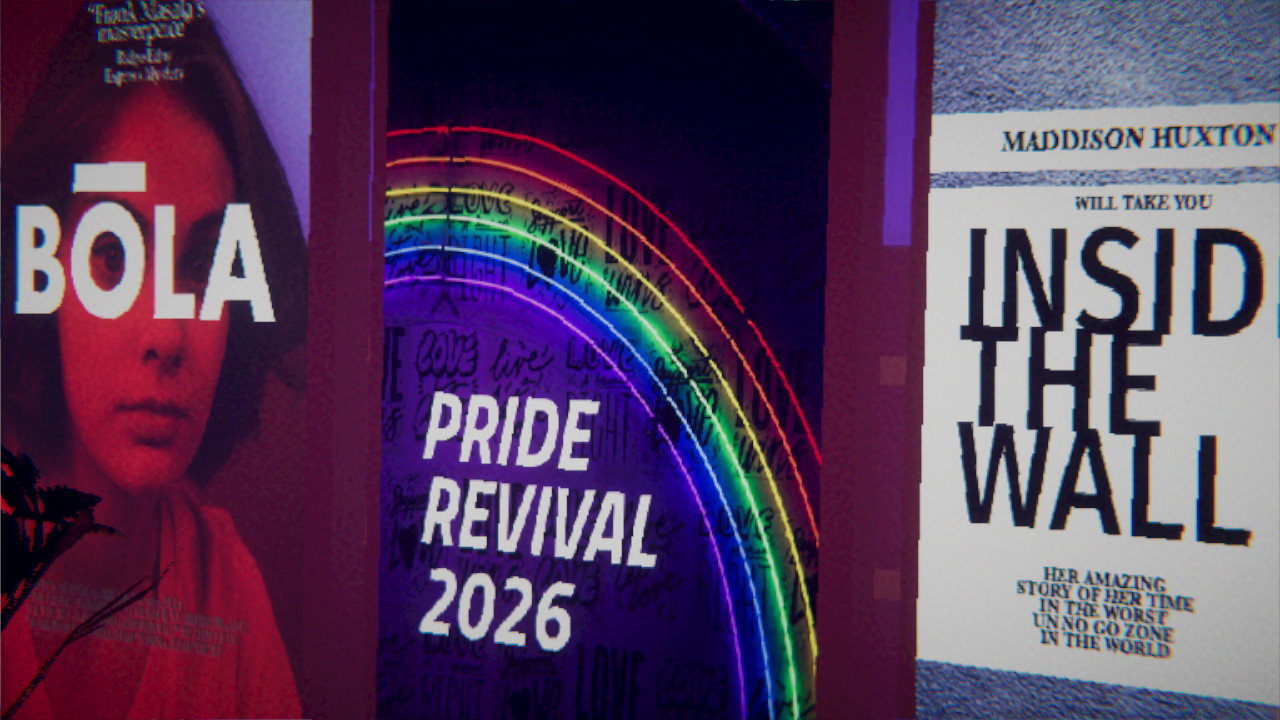 The Switch version of the game offers a few unique features compared to the PC, which I find makes it the ideal version of the game. Using motion controls, it’s easier to get the precise angle of a shot you want by simply rotating the controller or the console itself in portable mode. To add to this tactile experience, you can also use the touchscreen to adjust the sliders after taking a photo to change the color or general mood of your shot. These are fantastic additions and make the game feel more… analogue, for lack of a better term. However, my one gripe with the controls is that you can’t rebind them in any way, which tripped me up a lot as I kept expecting B to be the jump button instead of crouch, but it’s easy enough to get used to after a while.

This release also includes the stellar Macro DLC, which takes place two weeks before the main campaign and can be accessed after beating the game. It adds several new areas and gameplay features like new lenses, filters, a flash attachment, and roller skates. All the levels are great in their own way, but you can tell a lot of work went into this set to make them tell their own, cohesive story. I hope we see more DLC packs in the future or a follow up with the same kind of gameplay and themes, but every level has a ton of replay value. Outside of simply playing levels over and over to hang out and take pictures, completing every objective (including optional ones such as finding all the film canisters and taking a group picture of your friends) within 10 minutes will net you an additional upgrade or feature for your camera. This is much trickier than it sounds, as the canisters in particular are devilishly hidden and memorizing their locations is difficult. Regardless, I’ll be coming back to Umurangi Generation for years to come.

Sadly, performance of the game can suffer greatly in a lot of areas. When there’s too much on screen, the game will slow down quite a bit; at first I thought I needed to turn the camera sensitivity up but it was actually just the game chugging. The game hardly ever reaches its target frame rate (which I think is 60), and that’s a shame. It’s clear a lot of work went into trying to get this beautiful game to run on Switch, you can occasionally see when models are culled to save power, but it can be genuinely hard to look at in more crowded levels in portable mode. However, in docked mode these problems largely disappear outside of two levels, so I imagine at this point it’s a matter of very careful optimization. The developer has already stated on twitter that he’s working on it, so I expect it’ll improve sooner rather than later.

The music has absolutely no problems whatsoever though. Composed by Thorhighheels, you’ll be listening to an eclectic mix of synth, samples, and whatever else as you explore. It’s difficult to explain, but the vibe of the music perfectly matches the rest of the game and is so banging it’s immediately made its way into my current rotation of songs. There’s about 50 tracks here, which is staggering for such a short game, but you’ll never get tired of this variety. It’s very ethereal and calming, go take a listen.

Umurangi Generation is one of the most important games of the modern era. It captures young people’s current anxieties in a masterful way, and allows you to approach them in your own way through taking and editing pictures. It’s powerful and a ton of fun to replay, but sadly suffers from slow down fairly often.

David is the kind of person to wear his heart on his sleeve. He can find positives in anything, like this is a person who loved Star Fox Zero to death. You’ll see him playing all kinds of games: AAAs, Indies, game jam games, games of all genres, and writing about them! Here. On this website. When not writing or playing games, you can find David making music, games, or enjoying a good book. David’s favorite games include NieR: Automata, Mother 3, and Gravity Rush.
Related Articles: Indies, Umurangi Generation
Share
Tweet
Share
Submit