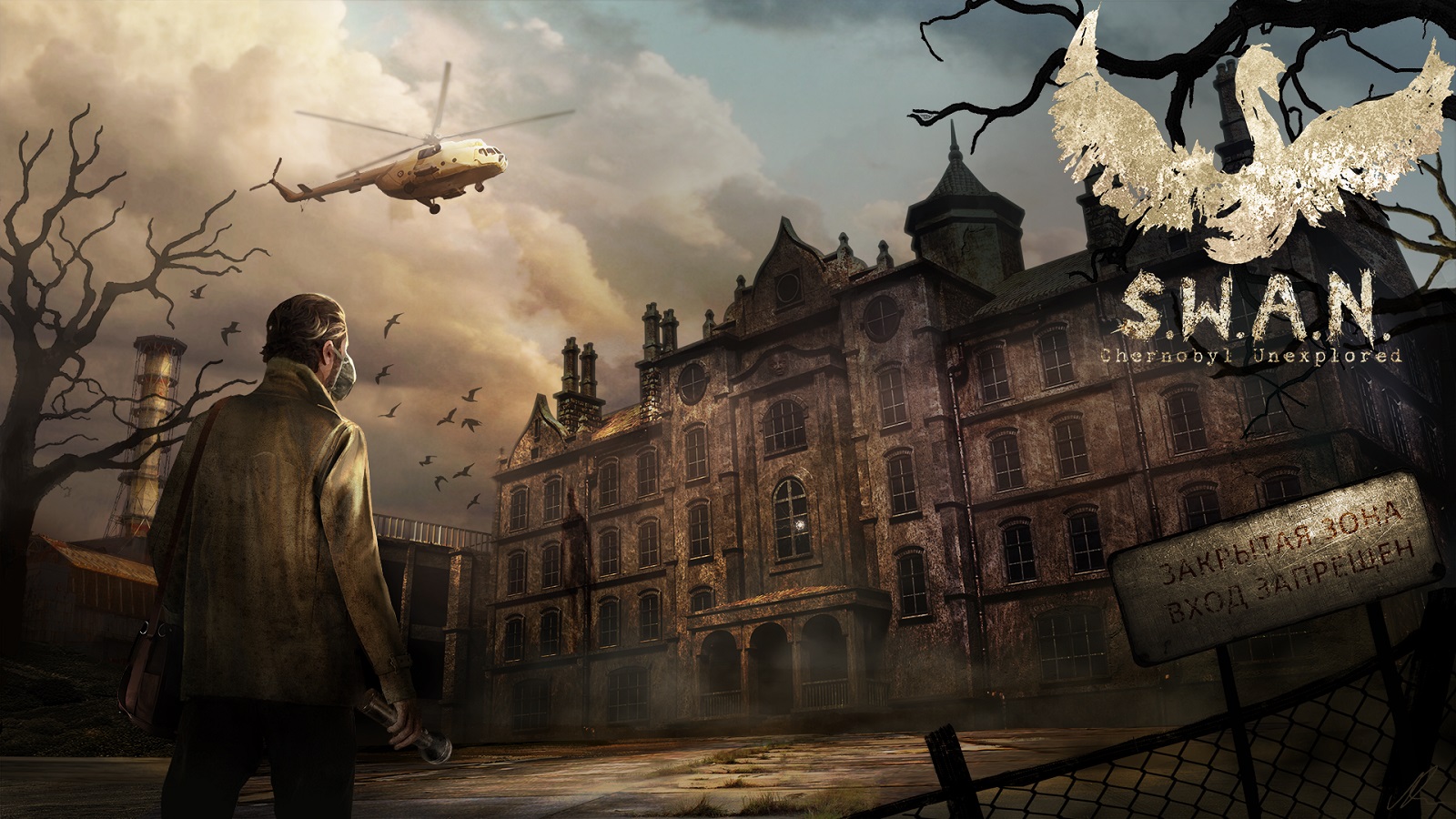 In 1987, some nine months after reactor unit 4 of the Chernobyl nuclear power plant suffered a catastrophic breakdown, scientists from the Moscow Institute of Physics and Technology detected signals coming from a nearby area previously believed to have been evacuated. Those signals are traced back to the S.W.A.N Institute located near the city of Prypiat. Taking its name from the abbreviation Syndrome Without A Name, it’s a facility engaged in the research of previously unseen and often disturbing neurological-psychological medical conditions. Shortly after these signals are found, a team of scientists and paramedics are dispatched to investigate the site and rescue the apparent survivors…

That in a nutshell is the setup for S.W.A.N.: Chernobyl Unexplored. Many games have come along and based their story and gameplay around those tragic events of April 1986, not limited to but probably the best known of which being the S.T.A.L.K.E.R series. Let me just get this out of the way right here: if you’re looking for more of that, then S.W.A.N.: Chernobyl Unexplored from Art Game Studio probably isn’t going to scratch that particular itch. What we are dealing with here is a much more psychological horror affair with sci-fi elements and it reminds me more of something like Penumbra with a bit of Outlast. 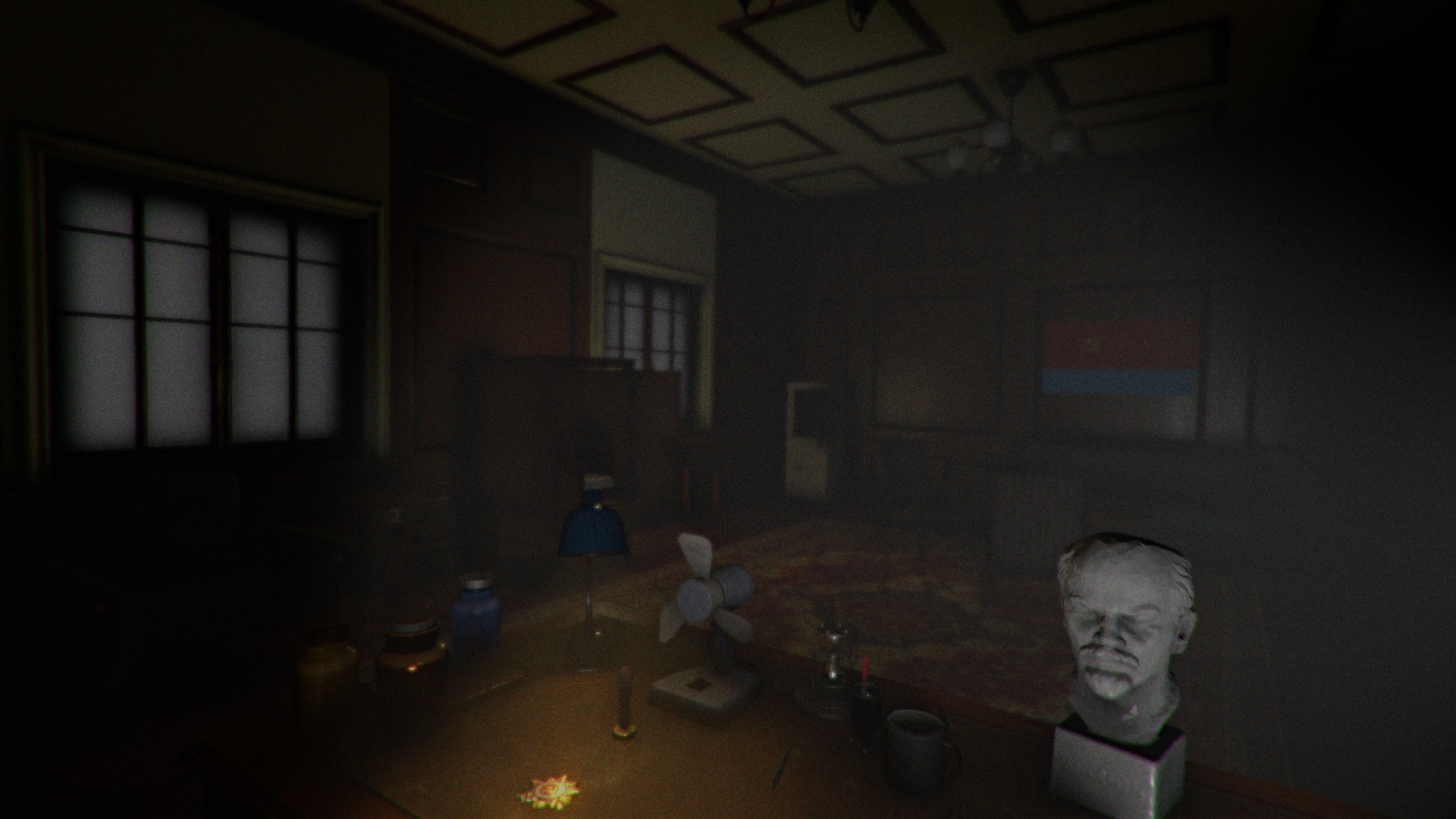 S.W.A.N.: Chernobyl Unexplored is a fairly slow and dark game that confidently goes about setting up a creepy atmosphere and a moody tone right from the start, the second you take control of your avatar, isolated in a darkened room, it becomes clear that nothing is right in this place and that you’re going to be on edge from start to finish. The lighting and décor of the institute really captures that somewhat utilitarian image most of us have when imagining a 1980’s soviet setting and the place genuinely has that medical institute look to it; long corridors lined with numerous doors spread over multiple levels and the obvious medical paraphernalia scattered around.

While the atmosphere present in S.W.A.N.: Chernobyl Unexplored absolutely hits the nail on the head, what does sadly fall somewhat short for me is the actual horror side of it. The tension is there, the creepy factor is spot on, but the actual “Need to change my pants’ moments are all too predictable and may as well have been telegraphed home. What I will say is that I don’t think this is strictly a problem with S.W.A.N.: Chernobyl Unexplored; rather a shortcoming of a genre that has been done time and time again. We’re at a point where you just know “freaky thing is going to jump out right after I pick up the thing” or “the only door to this room will open to a different place when I leave through it” and after a while the jump-scares become the baseline and loose impact. I don’t have a solution for this problem to offer, something like Alien: Isolation managed to circumvent the issue to some degree by having the Xenomorph be pretty much unscripted and therefore unpredictable but not all games are going to be able to implement such a thing and even that would get old-hat if it became the standard. 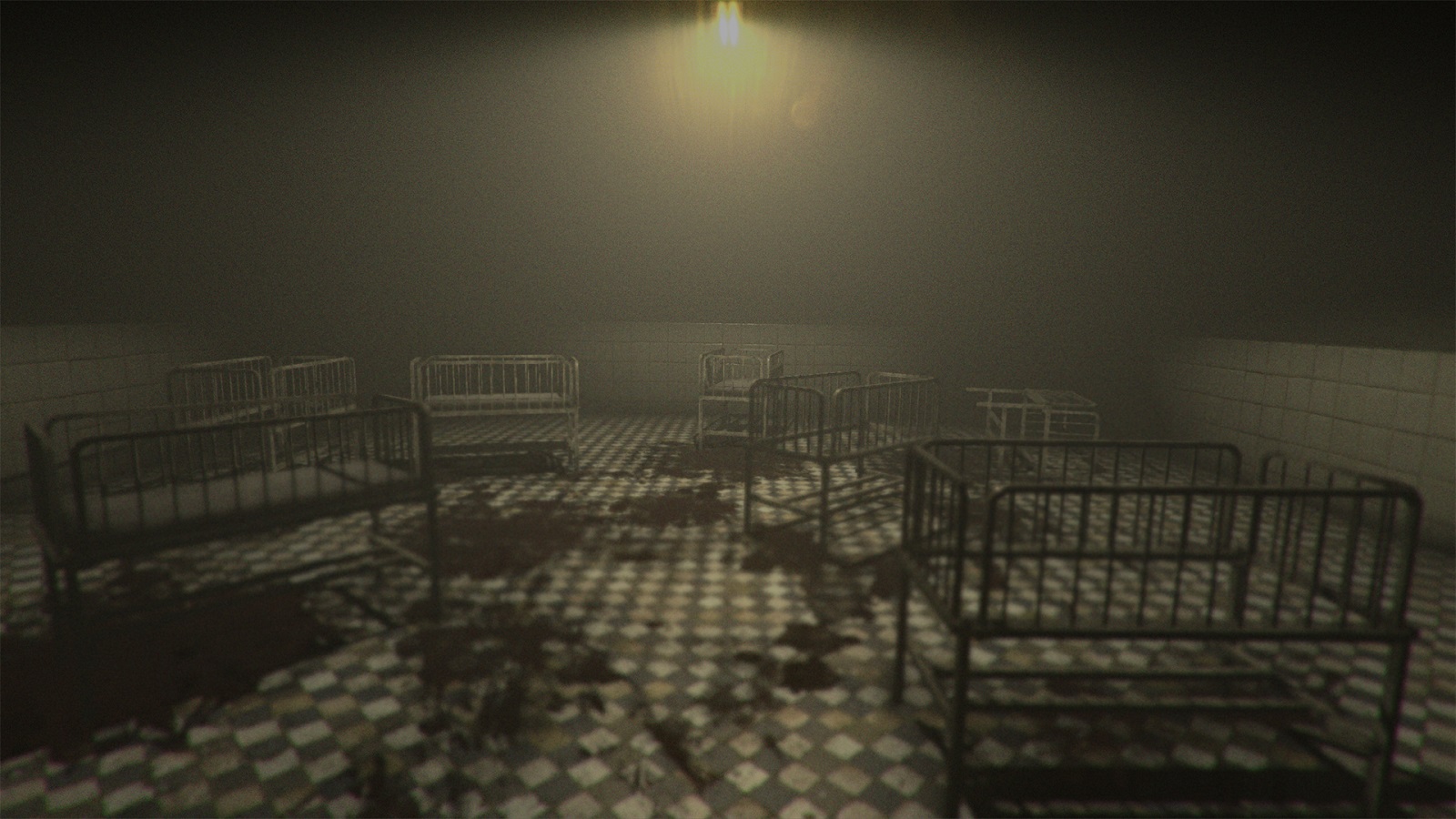 The story presented here is interesting and I wanted to learn more about what had transpired at the institute, like what they were doing there and what led to the mess we find in S.W.A.N.: Chernobyl Unexplored. Some elements are a little hard to follow, perhaps I was just being stupid, and I definitely had a few “wait, what?” moments but looking beyond that, the story telling is competent and kept me engaged well enough. Backstories for institute staff and patients alike are fleshed out and invoke appropriate emotions toward the character in question, sometimes disgust with the actions of a staff member or sometimes sympathy with patients; either way, the writing is pretty solid and deserves mentioning.

I did have a few issues with performance which seemed a bit odd. Admittedly I wasn’t running S.W.A.N.: Chernobyl Unexplored on the most powerful system but it more than met the requirements and will run far more demanding games without issue; this being a competently presented title but not the prettiest. I experienced several cases of chugging frame rates and textures popping in and no amount of adjusting video settings seemed to help all that much. There’s also a weird thing going on with the camera that I am not a fan of, it kind of lurches around somewhat feeling almost like input lag or perhaps like the player characters head is attached to their shoulders via an old slinky rather than a human neck. This does actually seem to add something to the eerie tone of the game so if that was the intention then well-done to developer Volframe, it worked, unfortunately it also made me feel a bit motion sick at times and got annoying when I had to make several attempts to look at a particular object.

As I allude to earlier, I don’t want to level too much criticism squarely at S.W.A.N.: Chernobyl Unexplored for everything I don’t like about the game, I did like the tone of the game and was engaged by the story which seems to have been given decent care and attention by Volframe. Several of the issues I have with the game are, in my opinion, a problem faced by many horror games nowadays having been done to death and if you love this genre of game then your mileage may vary but for me it was a little too by-the-numbers on the horror front.

Creepy as hell but the jump scares too often failed to frighten and some performance issues dampened and otherwise well put together game.

Grumpy gamer from UK with a keen interest in retro gaming and modding. Can also be found cycling up and down mountains, walking dogs, watching Sci-Fi and reading all sorts of books.
Related Articles: S.W.A.N.: Chernobyl Unexplored
Share
Tweet
Share
Submit