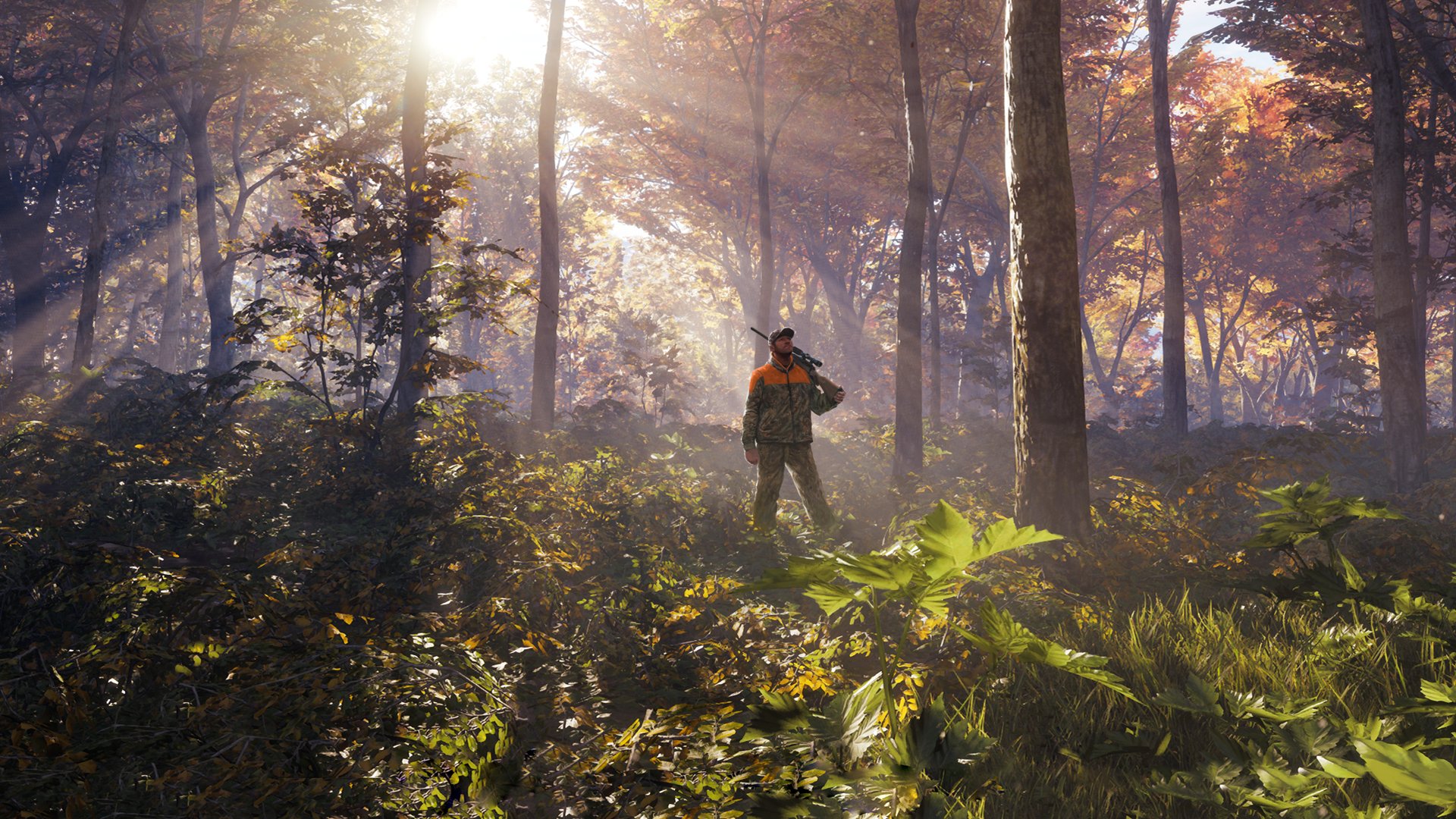 Hunting video games have been around since the release of the titular Duck Hunt for the Nintendo Entertainment System, but in all that time there haven’t been very many enjoyable games in the genre. There are, of course, a few notable exceptions, but especially in recent years the going has not been easy for those who are a fan of hunting sims. With theHunter: Call of the Wild, developer Avalanche Studios looks to be changing this trend in a major way, and what they’ve accomplished should not be understated. theHunter: Call of the Wild is not only the most realistic hunting simulator that I’ve ever played by a wide margin, but kept me inexplicably glued to the screen even when doing things that feel like they should be boring.

The first and most important thing to know about theHunter: Call of the Wild is that it isn’t your run-of-the-mill hunting simulator. Instead, in addition to doing all of the things you’d expect from a game in its category, theHunter is an open-world game complete with massive maps and plenty to discover, and a full-blown RPG with leveling, skill trees, new equipment to unlock, XP gains, etc. That’s right! In theHunter, everything you do has a purpose and is built around a progression system that makes you a better hunter with each glorious filling of one’s meter. You’ll get quests from your contacts in the hunting world via your cell phone, which you can pull up and read about at any time, including side quests, all of which carry with them rewards in the form of XP and cash to buy gear upon completion. Oh, and did I mention that theHunter has online multiplayer, where you can hunt cooperatively with up to 7 of your friends?

The sheer amount of content in theHunter left my jaw on the floor, and made putting down the controller an arduous task. There are 2 reserves in the game, with a combined 50+ square miles of hunting ground to explore, which is far more than I was able to see for myself in the brief time I’ve had with the game. Throughout those maps, you’ll find 12 unique species, which can be hunted using more than 80 different weapons, all of which can be experienced alone or online. You’ll be hard-pressed to run out of things to explore, hunt, buy, and earn, which makes theHunter more massive than a lot of open-world RPGs that pride themselves on a surplus of content.

As you might have guessed by now, theHunter’s gameplay revolves around hunting things in an ultra-realistic simulator. You’ll wait in blinds for long stretches of time for that perfect shot, follow animal tracks through the woods, use calls to attract your prey, and try not to get eaten by a bear while doing so. I’m not much of a hunter myself and am not particularly well-versed in the methods and terminology involved, so theHunter certainly presents a bit of a learning curve for players like me. This is especially true thanks to the degree in which the game prides itself on being as realistic as possible. For the first hours of my time with the game I made plenty of rookie mistakes and scared off my prey, missed shots that I shouldn’t have, and generally found myself scrolling through the in-game tutorial codex more than I’d care to admit. But after some light reading and a few courses provided free via the school of hard knocks, I began to understand and enjoy the challenge that the game presents.

As a hunter, the main thing you’ll be doing is slowly navigating the treacherous untamed wilds, and tracking whichever animal you wish to see stuffed and mounted on your wall. You use footprints to tell which kind of animal came through an area, approximately which direction it went, and how fast it was going when it came through (which also might indicate whether the beast knows that you’re coming or not). You use animal droppings to tell how long ago the animal passed through, based on its freshness or lack thereof. And if you manage to shoot something, you can also follow the trail of blood that it leaves behind, which makes the prey much easier to track down. You also have to worry about a variety of other things, including the way that the wind is blowing (which can allow animals to detect you by picking up your scent), and the amount of noise you’re making while navigating your way through the wilds.

By all accounts, theHunter should be a boring game. Most of the time you’re slowly and meticulously moving through areas only make one false move and scare your target away for good. And yet, I found myself totally intrigued, absorbed, and eager to master the game every step of the way. It has the high-difficulty/high-reward tradeoff of which I’ve become accustomed to as a fan of challenging games. It might take me an hour to track down a bear and get that perfect shot to the heart that brings it down, but the rush of adrenaline and feeling of accomplishment that follows makes it all worth the effort. It’s certainly not the type of game that I expected to find challenge or attach to, but from the moment I first finally met with success in taking down my target, I knew the game had me.

That’s not to say that theHunter is without flaws, the biggest of which is the game’s steep learning curve. I’m not opposed to having to hone my skill the hard way, and I certainly don’t need to have my hand held, but theHunter simply doesn’t do enough to give rookies like me the tools they need to get started on the right path. The tutorial codex is brief and incomplete, and the quests you receive at the start of the game do little to help guide you towards being a master hunter — rather, they assume that you already have the knowledge to do so. You’ll have access to a wide variety of weapons, including different rifles, bows, shotguns, etcetera, but if you’re like me, you won’t know which to use in different situations or why, and the game does very little to help you out in this regard.

theHunter: Call of the Wild also has one of the most impressive visual presentations that I’ve seen in a hunting game. I played on the Xbox One X version of the game, which features 4K textures, high-dynamic range, and a rock-solid 30 frames per second. You’ll see sunlight coming through a canopy of trees, casting immaculately-rendered shadows onto the underbrush below, and feel true terror while tracking a dangerous animal through the pitch black of the night. The game’s beauty is held back somewhat by some poorly placed assets and clipping issues. You’ll see grass growing a few feet off the edge of a cliff, or pass through solid rock as you sneak around, which can be pretty immersion-breaking at times.

The game’s sound design is simple, but exactly what you’d expect from a hunting game. You’ll sit in silence and listen to the sound of trees shaking in the wind, get excited when you hear an animal call out from somewhere nearby, and jump out of your skin when a thunderstorm starts and scares away any animals you were hoping to lure your way. The game doesn’t have much in the way of music, since it mostly just gets in the way of the player’s ability to listen for their prey, which is hugely important in a hunting simulator.

theHunter: Call of the Wild

theHunter: Call of the Wild isn’t for everyone. It takes a lot of patience and can be impenetrable for those without experience in hunting simulators. But for those with the grit to push through the steep learning curve, this game is quite possibly the best hunting game of all time. If you’re curious about it, I highly recommend giving it a go.

You know that jerk online that relentlessly trash talks you after every kill? That guy was probably Travis "Tie Guy" Northup. Competitive, snarky, and constantly wearing a tie, Travis has been writing his opinions about electronic media since he was a teenager, and is pretty much the only person to hold his opinions in high regard.
Related Articles: theHunter: Call of the Wild
Share
Tweet
Share
Submit