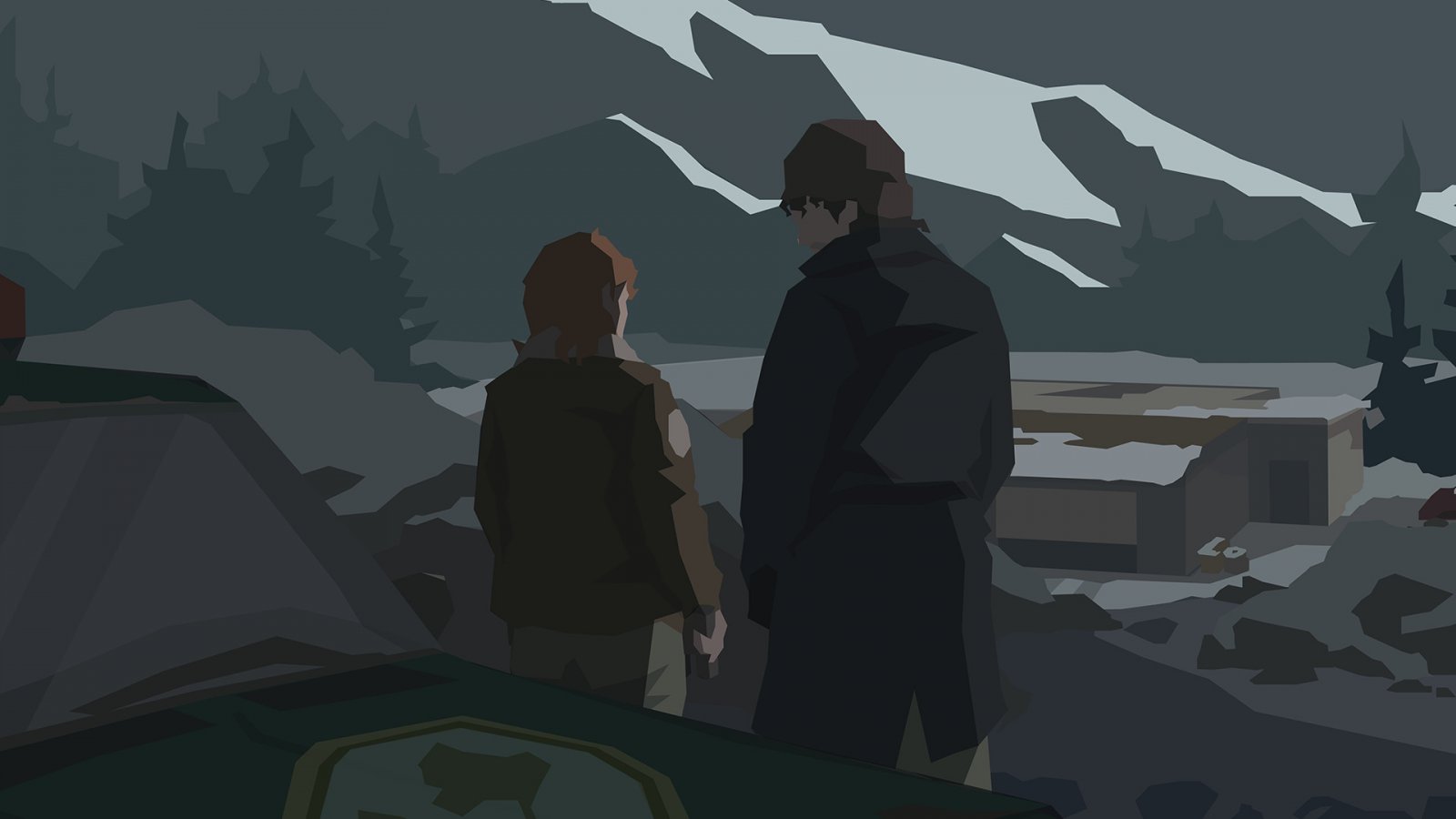 A police chief has many important duties. You are a community leader and the arbiter of justice. You manage all the personalities of the officers under your command, feed your employees, take bribes to help citizens’ more legally tenuous requests, pay hush money, and ultimately, put away as many criminals as you can while staying out of jail yourself. It’s a difficult and dangerous job, but that is what you signed up for; this is the police.

Jack Boyd is on the run after making a mockery of the police department in the metropolitan city of Freeburg. He finds himself in the backwoods city of Sharpwood trying to lie low. Circumstances find him falling backward into managing the police department there for the embattled sheriff, Lilly Reed. You’re quickly given access to your own set of officers and are put in charge of managing all the crimes being reported during the day. It’s a much smaller city, so you won’t necessarily find yourself in league with the mafia, but it proves no problem for Jack Boyd—under an assumed name—to find the darkest corners of the city and nestle himself in there comfortably. There are plenty of people looking to put Mr. Boyd in the dirt or behind bars, but his call to duty (both above and below board) remain unchangeable.

This is the Police 2, like the police within it, takes on a lot of different responsibilities, and manages it incredibly well, albeit with some notable marks against it. If you’ve played the first game, then most of this game will be familiar. You’ll be given a map of the city and a list of all the officers you have on duty that day. As calls come in, you’ll have to choose which officers will best be suited to the task. Is someone threatening to kill themselves? You might want to send a cop that has more points in negotiation. Is there a shootout? Send someone who is a better shot.

This standard routine is regularly broken up by citizens coming to you and making requests that might make a more morally upstanding police officer balk, but you don’t have any such qualms. So when a man wants you to go break a competitor’s knees, or someone wants you to sleep with their wife to insure a smooth divorce, all you need is a loyal officer. If a cop doesn’t have enough respect for you, they would never deign to do your dirty work, but you’ll have plenty of loyal cops to bend the rules for you in exchange for a good kickback. These are optional, so you can make judgement calls on what is too far for you personally, but the genius of This is the Police 2 is that there is no redemption; you’re working on a spectrum from bad to worse. Sometimes those calls are based more on the potential blowback to these crimes than the actual moral ramifications. That consideration is long gone.

The game is broken up into discrete days. You start the day and see if any cops simply didn’t show up to their shift that day or staggered in drunk, manage the calls coming in, suss out clues on any active investigations (that deal in their own ambiguity and criminal malpractice if you don’t want to put in the work), and then when the day is over you decide who will be working the following day. It’s a fairly complicated management sim that is never overwhelming, but rather falls into an easy rhythm. That rhythm is constantly upended with new problems and obstacles (your officers often don’t make it easy with their own personal and interpersonal issues), but the game never stacks the deck against you too harshly. The crimes that get called in are endlessly interesting though, and I never grew tired of handling all the different insane issues and grisly crimes. How you choose to deal with these calls leads to different and unique outcomes, and are at times hilarious and harrowing at others. At any given moment the situation could take a turn for the worse, and you could lose a civilian, or worse, one of your officers. The call could also just as easily be a mistake. When I didn’t have enough cops to send to every call that was coming in, it often came down to trying to weigh which situations were more pressing and which might just be someone blowing something out of proportion.

Then the biggest addition to this sequel is also maybe its best feature. The regular simulation is further broken up by large-scale assaults that take place occasionally. You’ll be tasked with assigning cops to take down criminals in a fully-realized turn-based strategy game. They could be lengthy encounters, but were some of the most rewarding moments in the game when I managed to stealthily arrest all the criminals or narrowly avoided losing any officers in a deadly firefight. When setting up for these assaults, you are sometimes given several days to plan and strategize. This means talking to locals to learn useful information about the number of enemies or critical points of ingress. Then when it comes time to make your move, each cop can choose four different skills to assign that they earn based on how you have spent their skill points. I spent nearly 3 hours attempting to successfully pull off one of the final encounters, and at the end, when tasked with reaching a specific extraction point, lost my best officer one tile away from the end in a deadly explosion. It was a tense and tragic moment that had permanent ramifications for my individual story that only added to the already compelling drama of the authored narrative.

That narrative is the final third of this whole package that brings it all together. In between days are cutscenes featuring Jack Boyd or the many other players working against him. The game’s style is heavily cel-shaded, and the characters’ faces are flatly colored like everything else in the game. These scenes are generally static or lightly animated images with exaggerated sound effects followed by protracted dialogue. It all reads like a stage play, where the actors themselves were less important than the characters chewing scenery (although John St. John and the other actors do a fine job). You’ll hear the loud crunch of snow underfoot as someone makes their way indoors for an angry confrontation, or you’ll hear the precise thud of a shot glass against the table as Boyd wallows in his miserable situation. There would be brief interludes with lesser players to give some flavor to the world, but the main thrust of the story was always played straight and earnest in an impressive way. The developers at Weappy are painting a grim picture of the police and the inherent corruption in that. Even the best officers here go outside the rules on some occasions or end up dead for their trouble. The corruption is pervasive and inescapable. That’s a hard line to take, and they don’t pull any punches in delivering their grim vision of the world. But whether or not you agree with that worldview, the city of Sharpwood and it’s officers are believable, idealistic and malleable in a way that is reflective of the real dangers of corruption in positions of power. It’s a powerful message that is delivered well from all angles.

The game does have some sloppy execution in its text that is hard to take as anything other than an oversight in its writing. In almost all of its text it refers to everyone with a male pronoun. Even when the game is specifically talking about one of your explicitly female officers, the onscreen text will always refer to them as men. The game opens with the sheriff, Lilly Reed taking over the department and setting the stage for a story tackling some important feminist issues. The officers clearly don’t respect her for being a woman, but the game goes nowhere with this this idea and in fact subverts any potential goodwill there when they seem happy to gender everything as male despite often trying to look critically at a female’s place on the police force. So much of the game’s narrative is strong and delivers powerful criticisms, but it falls flat when and stumbles over itself trying to deal with its female characters.

What makes this game so strong is that while you have countless choices to make in the day-to-day process—do I want to restrain this criminal or just shoot him dead and be done with it?—none of these choices move some figurative needle towards good or bad cop. I played the game trying to be as non-lethal as I could be, and even tried my best to arrest the criminals in the strategy sections instead of killing them all, but it doesn’t change the fact that you’re a crooked cop. I’ll freely admit, though, I did have the doctor on my payroll quietly murder some of my more troublesome (read: drunk) officers. But the game isn’t interested in good or bad choices; rather, it looks to simply showcase the difficult choices and the perilous situations the police might find themselves in.

The beauty here is that the much of the gameplay can be played casually if you want to walk to the end over the corpses of good cops by just shirking your responsibilities and see the story reach a satisfying conclusion, or you could pour yourself into your work and the game really opens up as something special. It puts so many seemingly disparate elements together with a grace and confidence that makes a whole package that should not be overlooked. In a tumultuous political climate for the police right now, it is bold to put this onto the market. Especially when games like Far Cry 5 dance around issues and are too afraid to make any claims one way or the other. Regardless of whether the game is looking to make a political statement or simply reflect the world as the developers see it, the game so successfully delivers on all fronts here. The choices will be hard and people will die, but what did you expect? This is the police.

This is the Police 2

This is the Police 2 is an impeccably grim view of the modern police force. It deconstructs and subverts police genre stories with a protagonist that offers no remorse and warrants no redemption. It does this while providing an intriguing and vibrant cast of characters and a rewarding gameplay loop. It isn't perfect, but it certainly should not be missed.

Nathan lives in Colorado catching Pokemon on the Go and at home. He previously spent three months interning for Game Informer before coming back to Gaming Trend to spread the good word on video games. His real passion, though, is collecting different versions of the 3DS and other weird Nintendo garbage. It's a never-ending quest for less space in his house.
Related Articles: This is the Police 2
Share
Tweet
Share
Submit