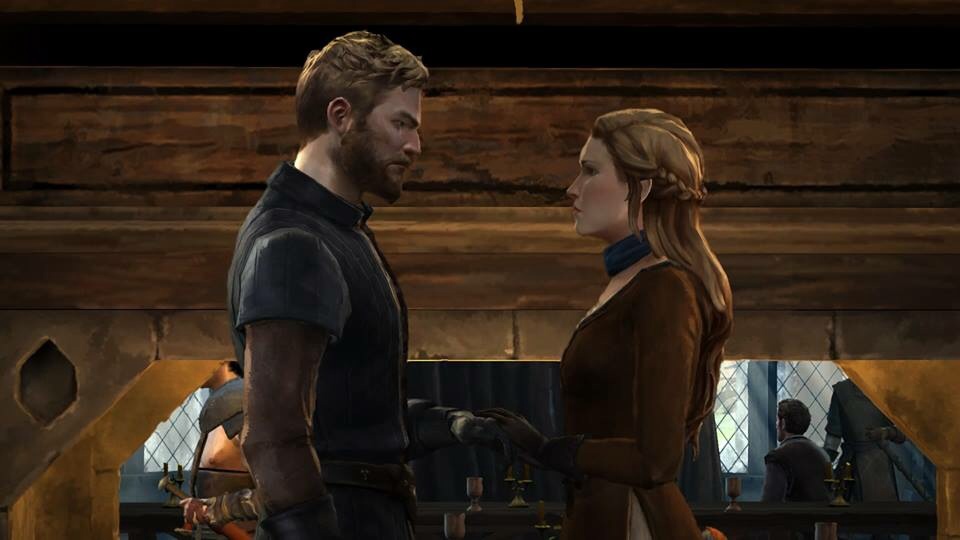 The following is part six of our review of Game of Thrones, and covers the season finale “The Ice Dragon.” As such, it also contains our final verdict on the season. Check out part five of our thoughts here.

With “The Ice Dragon,” Telltale has managed to make a hard sever between its own Game of Thrones story and the source material that bogged it down for half of its first season. After I’d made all my decisions and the credits began, I felt like I was finally standing within my own story in Ironrath, one that was only tangentially affected by the fight for the Iron Throne.

But it also felt like it was too late because the episode and season was already over before I had the chance to understand what the point of much of my struggles were.

“The Ice Dragon” shows the culmination of dozens of choices made as each member of House Forrester, but it also brings closure to almost none of them. MacGuffin’s I’d been chasing for six episodes were only barely touched on, and all my careful planning for the war for Ironrath fell into inevitability as my efforts were cast aside to make way for what is clearly a second season where only a few of my choices will have any tangible consequence.

Even if the repercussions of your choices are ambiguous at this point, “The Ice Dragon” is still full of some grueling decisions that all the remaining players in this war will have to face. While some believe the Forresters’ attempts to defeat the Whitehills is futile, characters like Mira and Gared will have to make calls that could either save or damn their family which leads to some diverging paths to help table set next season.

Some of these choices weighed heavily on me, but I was still frustrated to see that the ripple effect never made its way to Ironrath where I was leading House Forrester into battle as Asher, the brother who I chose to save over Rodrik in episode five. Even as their lives are mutually exclusive, the duality between the eldest sons of House Forrester is where Game of Thrones shines. Whether Asher or Rodrik lives changes several scenes as they face how each of them are different, and mourn their brother and their sacrifice.

As disappointing as the lack of closure is, “The Ice Dragon’s” cliffhangers do make way for a second season better equipped to tell a compelling story than the original ever could. The second half of this season has excelled when it was about House Forrester and ignored King’s Landing and the War of the Five Kings. Just how much our decisions will change the course of this story is to be determined, but the future of Game of Thrones carries more promise now as it drops the deadweight of constant references and cameos.

Game of Thrones: A Telltale Series

Telltale’s Game of Thrones is at its best when it focuses on its own characters and isn’t making a point to include ones from the books and show. The first season is one that is full of hard choices and a lot of sacrifice and feels very much in line with what fans have come to expect from Game of Thrones, but just how much all of this will matter has been hidden away for a second season.