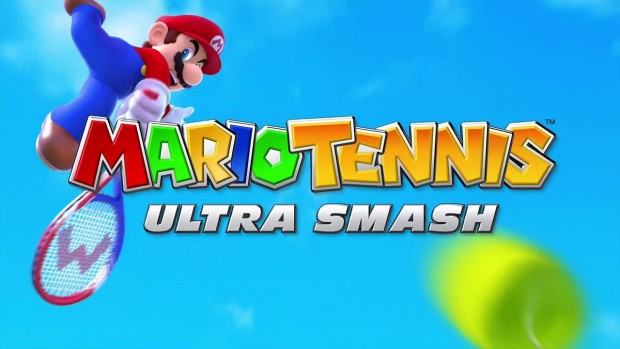 Mario Tennis: Ultra Smash has all the markings of a great Mario sports title. Its easy controls and straightforward presentation mix perfectly with lighthearted, arcade-style gameplay to create an experience that is hugely appealing and hard to put down. Of all of Mario’s athletic ventures, tennis is the one that seems to cater to wider audiences though, largely due to its approachable mechanics. However, as inviting as Mario Tennis’ can be, its accessibility works against it, as there is only so much Nintendo can do to change up the formula while still retaining its simplistic design. Mario Tennis: Ultra Smash is still a blast, but suffers from feeling a little too familiar and sparse.

Mechanically, Mario Tennis is delightfully simple. At its core, the basic rules of tennis apply as players take turns rallying the ball back and forth. Several different hit types are available, such as lobs or slices, as well as power-up shots that dot the court, giving players visual cues to trigger powerful strategic shots to outmaneuver opponents. The roster features over a dozen playable characters from the Mushroom Kingdom, with each one boasting his or her own unique style. For example, Donkey Kong is slow but powerful, while Boo is able to phase in and out of visibility, making him unpredictable. Other gameplay settings, such as court types, difficulty, and singles or doubles matches, can also be customized to help tweak matches to your liking. It’s an addictive experience that is incredibly easy to pick up and play, while still rewarding to players who decide to learn some of the deeper mechanics.

One of the first things that players will notice about Ultra Smash is that it looks just as fantastic as it plays. Each of the game’s characters and levels feels vibrant and colorful, making it a joy to witness. The leap to HD is gorgeously detailed and gives the series an impressive presentation. The visuals of a Mario sports title have never been one of the major selling points, but this latest effort is remarkably polished and stunningly beautiful.

If Peach can’t get to that Mega Mushroom, she’s in trouble.

As far as new features, Mario Tennis: Ultra Smash’s biggest innovation lies in its Mega Mushroom power-up. When acquired, this item turns the player into a hulking giant with significantly increased power levels. Going against an oversized opponent becomes a frantic and daunting challenge as each of their shots suddenly comes with enough force to knock players back, throwing off their rhythm while making the next shot even harder to reach. Conversely, snagging this item for yourself can feel powerful and exhilarating. However, the timing with which this item appears is seemingly random, with no cues as to what triggers its arrival. It manifests itself frequently enough that I don’t think I played a single match without getting the power-up at least once, but its arbitrary nature gives it just as much opportunity to even up a match as it does to widen the gap. It’s an entertaining power-up overall, but it could do with some predictability.

Another of Ultra Smash’s great new features comes in the addition of its Knockout Challenge mode. Players pick a character and climb a ladder, facing progressively more difficult opponents as they advance. Perhaps most appealing is this mode’s use of amiibo support, allowing players to import one of Nintendo’s figurines into the game to use as a doubles partner. The more that amiibo is used, the more experience it gains, eventually leveling up and earning stat boosts, such as an improved curve shot. Because of the increasing difficulty of Knockout Challenge, leveling up your amiibo is not only fun, it’s a key part of advancing. This is by far the most entertaining single player mode in Mario Tennis: Ultra Smash and definitely one of Nintendo’s more clever uses of amiibo to date.

Ultra Smash’s other new mode is known as Mega Ball Rally, but sadly doesn’t reach the same heights as other modes. In this bite-sized game type, players hit an oversized ball back and forth in an attempt to keep the rally going for as long as possible. However, there’s little clarity as to whether you are with or against your opponent – greater rewards are offered for a higher rally count, encouraging players to keep going as long as possible, but a winner is still crowned at the end of the rally. This ambiguous messaging never quite makes it clear whether this mode is meant for competition or cooperation as the ultimate goal.

Levling up your amiibo in doubles matches becomes addictive.

While additions like Knockout Challenge and Mega Ball Rally are introduced to varying levels of success, their inclusion doesn’t keep Ultra Smash from lacking from a content perspective. Mega Battle and Classic Tennis are also offered via the main menu, but these are just basic exhibition matches with and without the Mega Mushroom power-up. Knockout Challenge is easily the most engrossing single player mode, but a lack of any sort of campaign or tournament mode, like those found in earlier Mario Tennis titles, is a disappointing omission. Online Play is available as well, with filters available to match players up with the game types they enjoy most, but this is ultimately just another way of playing the same types of exhibition matches found offline. Competitive multiplayer has always been Mario Tennis’ strong suit, and Ultra Smash gives players a bevy of options to choose from here, but the single player offering is unlikely to keep players hooked for very long.

Mario Tennis: Ultra Smash proves that the series is just as addictive and competitive as it’s ever been. It plays wonderfully, looks fantastic, and is so approachable that anyone can enjoy it. However, Ultra Smash offers only baby steps in terms of innovation. A random, yet entertaining, new power-up and a mixed bag of new modes offer some exciting new features, but this still feels like the same Mario Tennis, for better or worse. Mario Tennis: Ultra Smash is one of Wii U’s best multiplayer titles, but ultimately feels all too familiar.

Nintendo’s best competitive sports title is just as thrilling as ever, but feels a little too familiar and light on content.

Gaming Trend's resident amiibo collector, Matt's a lifelong gamer with a soft spot for Nintendo. As a new father, Matt often struggles to stay as involved as he has been in years past but can always be counted on to come back for some engaging geeky conversations. A resident of Philadelphia, he is currently working on building up his Man Cave with all things Marvel, Star Wars, and Video Games. As an old-school gamer, Matt firmly stands by his belief that gameplay will always be more appealing than story.
Related Articles: Mario Tennis Ultra Smash
Share
Tweet
Share
Submit