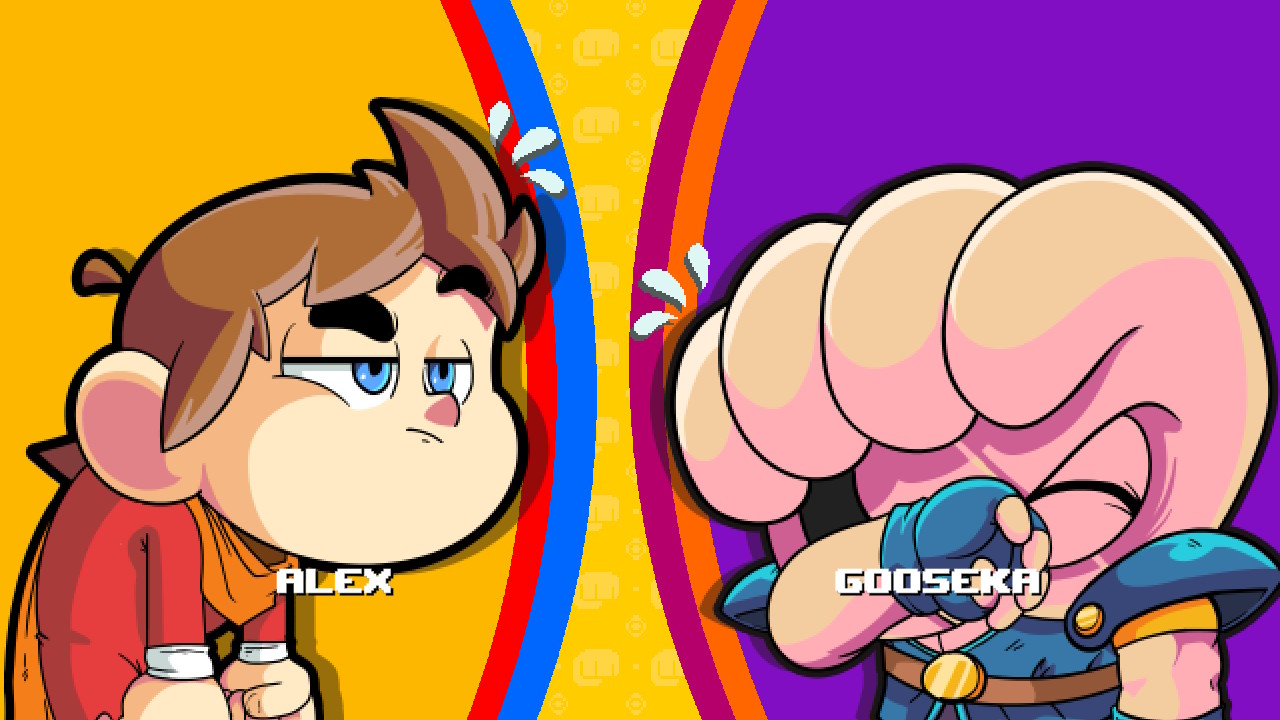 I’m not sure how common this knowledge is, but Sonic wasn’t SEGA’s first attempt at a mascot. For their first console, the Mega Drive, they had a boy named Alex Kidd. He’s a monkey lookin’ martial artist who goes up against the evil Janken to save his home. Alex Kidd in Miracle World, originally released in 1986, a full remake of the game is hitting all major platforms, but does Sonic’s predecessor still hold up? Or has Alex Kidd… been kidding himself?

After training in the woods, Alex begins to head back to his master’s place. Along the way, he discovers several people turned to stone and weird people with hands for heads challenging him to deadly games of rock paper scissors. To save the kingdom, the boy needs to navigate a series of challenging levels and face difficult foes. Given how old this game is, I went in expecting a challenge, but frankly this game is stupid hard and not in a fun way. You will die constantly and repeatedly, mostly due to wonky hitboxes and slippery controls.

Much like the remasters of Halo and Wonder Boy: The Dragon’s Trap, you can swap between the new and original graphics with a press of a button which is incredibly cool. So much detail has been added to the new visuals, and even the old pixel art has been rebuilt to support the new widescreen resolution, it’s clear the developers had a lot of love for the source material. However, the new visuals bring with them a big problem: Alex’s size. He’s been shrunken down to have a more appealing, cute sprite but his hitbox remains exactly the same so during my playthrough I more often than not found myself being killed by objects that didn’t appear to touch me. You have to be very precise when navigating these stages, but this and the controls make it far more difficult than it should be.

The level design in Miracle World reminds me a lot of Mega Man; lots of small platforms you need to navigate while combating enemies determined to mess up your precise jumps. However, unlike Mega Man, Alex’s jumps and movement carry momentum making him slip and slide all over the place. You may land on that single block over a deadly pit, but you’re just as likely to subsequently fall off due to his momentum. Mind you, it’s an ever so slight slide when he lands, but it’s just enough to screw you over. Alex is also very limited when fighting enemies. He has a standard punch hitting about half a square in front of him, which makes it just as likely that you’ll hit an enemy and get hit by them, and since you can only take one hit you’ll probably die. There are power ups to help you along, but none of them are ever explained and, aside from the ring that gives you a projectile for a short time, they’re mostly useless or simply not designed for the level you find them in. 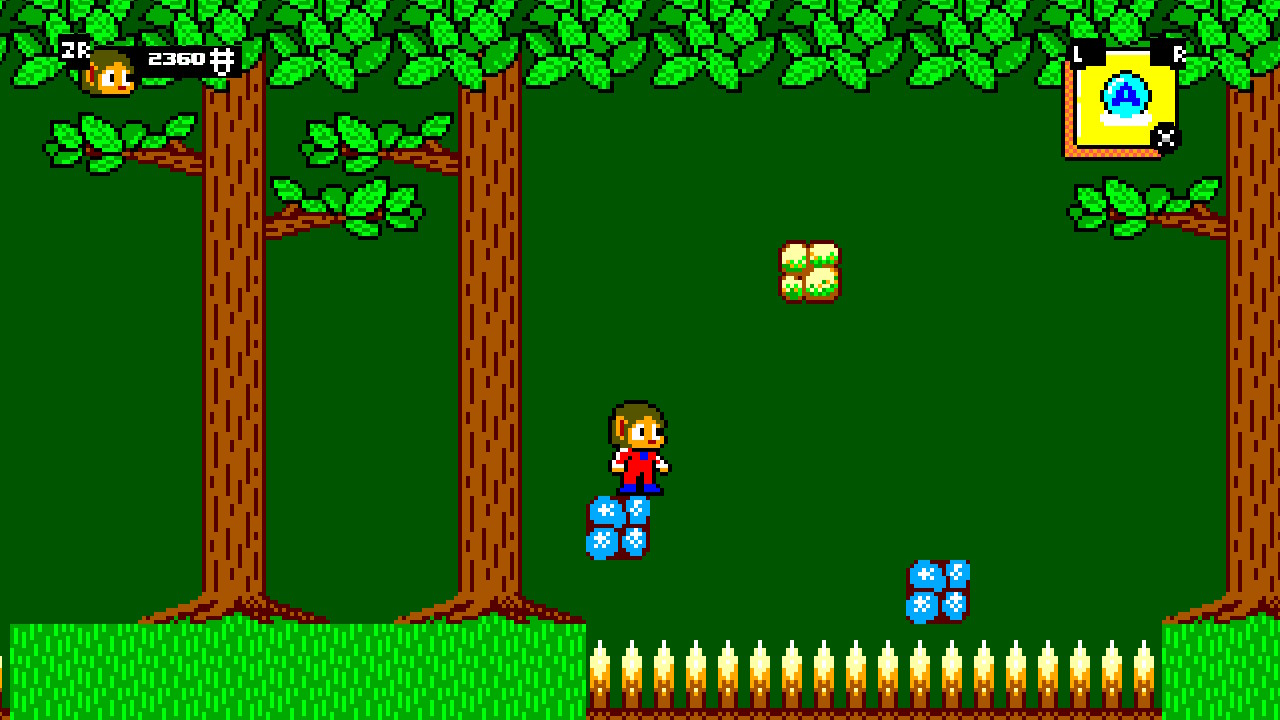 The bosses you fight feel about as poorly designed as the rest of the game. Occasionally at the end of a level, you’ll encounter one of Janken’s minions who will challenge you to a game of Jan-Ken-Pon (rock paper scissors). You can find an item that allows you to see their choice before they play their hand when the music ends, but before that you’re guaranteed to lose to them your first time. While they have a set pattern they follow each time, you definitely won’t know that the first time you face them, so you either have to get lucky or waste a life learning their pattern. The actual fights with them later on feel unfairly random as well. For example, one of them will cause meteors to fall from the sky, often landing right next to the boss so you can’t damage them. On top of that, they can instantly teleport around the arena, killing you instantaneously even if you’re somewhere safe. This DX version has additional modes such as a boss rush and classic modes, but I couldn’t access them simply because I could not beat the game. This game feels like the inspiration for the infamously difficult platformer that spawned a sub genre of “troll” games, I wanna be the Guy.

While the new graphics are gorgeous and being able to switch between old and modern visuals is great, Alex Kidd in Miracle World DX feels like three different games haphazardly slapped together. The level design and controls are fundamentally at odds with one another, and with how frequently you’ll die combined with how long it takes to respawn makes this simply a frustrating experience.

David is the kind of person to wear his heart on his sleeve. He can find positives in anything, like this is a person who loved Star Fox Zero to death. You’ll see him playing all kinds of games: AAAs, Indies, game jam games, games of all genres, and writing about them! Here. On this website. When not writing or playing games, you can find David making music, games, or enjoying a good book. David’s favorite games include NieR: Automata, Mother 3, and Gravity Rush.
Related Articles: Alex Kidd in Miracle World DX
Share
Tweet
Share
Submit