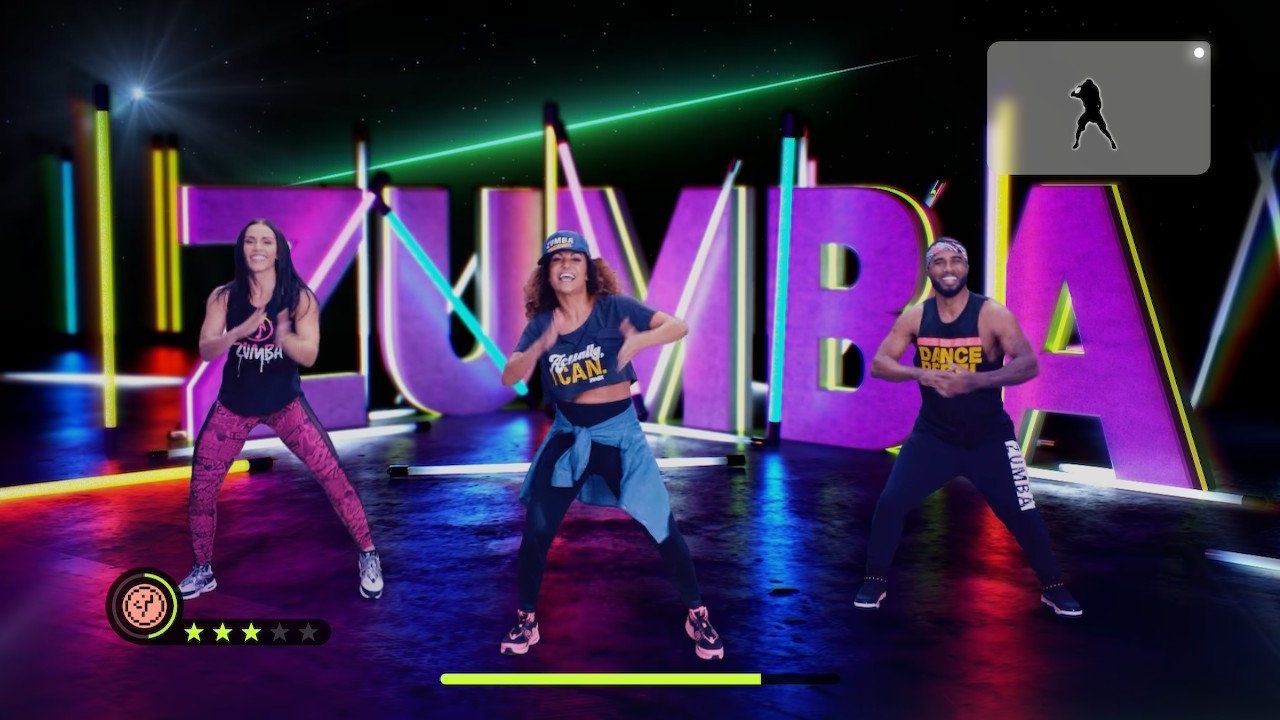 As someone who tends to pack the pounds during the holiday season, but also someone who doesn’t like working out, I usually try and find a middle ground via fitness video games. I was a big Dance Dance Revolution buff back when it was big on home consoles (though I still try and play DDR A at the arcades whenever I can), and this year brought Fitness Boxing and Just Dance 2020 in the mix. However, there was an exercise program I used to frequent called Hip-Hop Abs (featuring Shaun T!), and I loved how the videos mimicked basic dance moves. So now we have Zumba: Burn it Up! on the Nintendo Switch, and while it does feel a little limited in scope, it’s still a great exercise game for those that want something a little more focused than Just Dance. 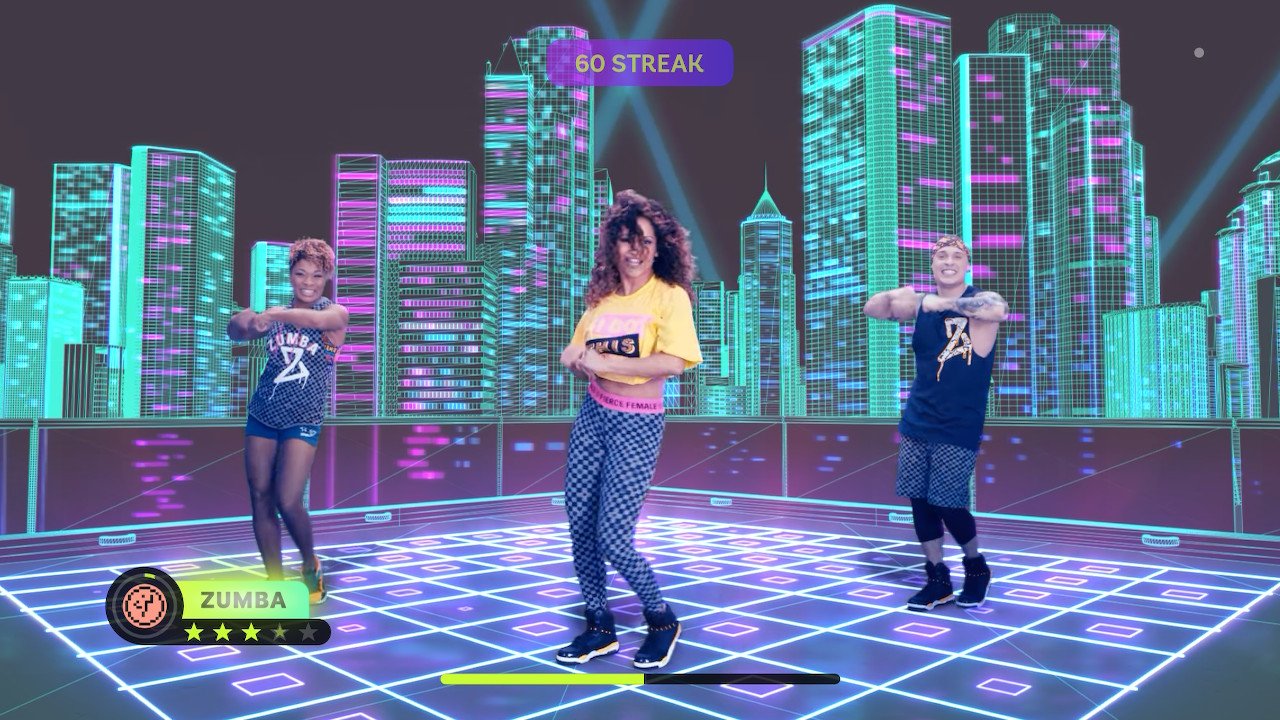 Zumba: Burn it Up! is based on the popular genre of cardio exercise that focuses on Latin dance steps in time with energetic music. While I haven’t actually attended a class, I’ve seen many videos and testimonies from family and friends that it’s a workout that is very sweat-inducing. Likewise, Burn it Up puts you in a Just Dance-like simulation where you follow the moves of the on-screen instructor as you dance to moves and score points. While this does scream “Just Dance!”, it feels a lot more like Dance Central, which has a serious moveset instead of flashy choreographies.

Speaking of which, rather than having digitized avatars or silhouetted figures to copy, you have real Zumba performers on the stage. While this does get a bit creepy for some of the numbers, the way they’re shown feels like a genuine exercise video; these moves are also performed in 60 FPS, which makes for an oddly killer routine. It’s pretty neat that they also credit the main and backup dancers in each routine, as it’s nice to put a face on the choreography. The game does admittedly look gorgeous for an exercise game, and slowdown didn’t exist for the time I played. (Then again, it really shouldn’t be a problem, but you never know.) 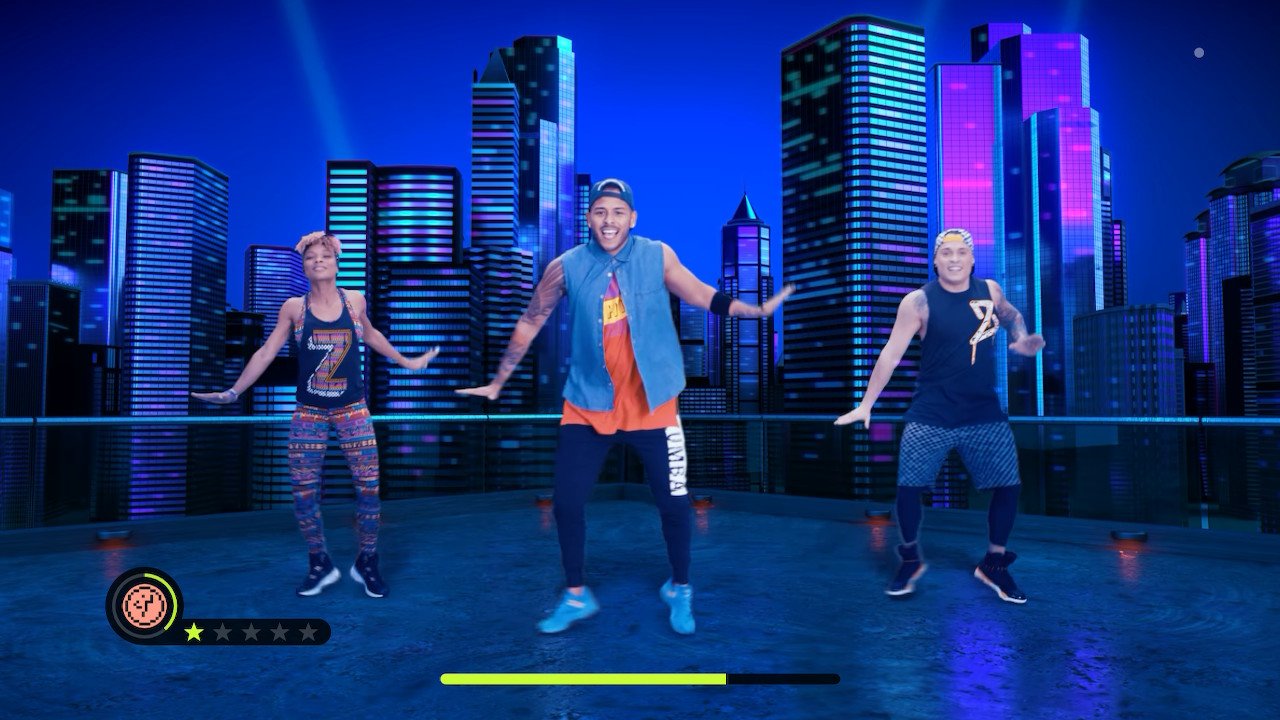 The moves themselves are simple enough to repeat, but the energy needed to perform them will tire you out if you’re not careful. In a way, it feels like a Zumba video with more interactivity, as the Joy-Con will track your movements and assign you ratings, from a miss to a perfect… Zumba rating. (It’s all about the Zumba, ya dig?) Songs are usually three minutes long and will feature looping choreography that focuses on different parts of the body, from lunges to twists to body rolls. Some of the moves look embarrassing for the casual player, but it makes the experience exciting. However, there’s no way to practice specific moves or even just parts of the song, which means that you can only play the song from start to end in order to practice. With complex moves on harder songs, this could spell out a problem for those that want to maximize their scores.

While I’ve played a lot of dance games, this is one that feels more focused on the exercise portion of the experience rather than the gameplay aspect. Similar to Fitness Boxing, if you’re jumping into Burn it Up thinking you’ll have a fun time just messing around with songs you like, it’s not going to be the same thing. For one, there are only 31 songs in the whole package, which puts a damper on replay value in a strict entertainment sense. 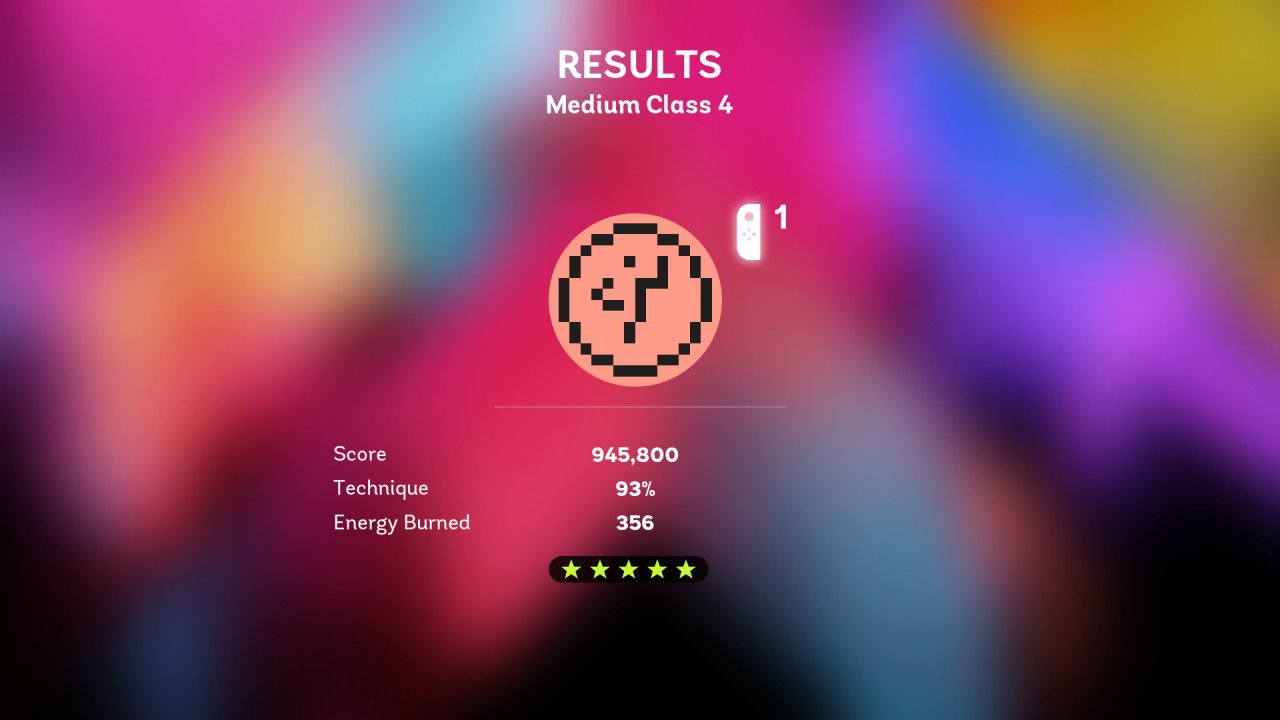 The only song I recognized from the list was Cardi B’s “I Like it”, and even though the game touted artists like Ciara and Steve Aoki, I couldn’t see which songs were theirs due to the rudimentary song crediting system. It seems like most of these songs were made exclusively for the Zumba system, and while that’s not a bad thing because of how well the music fits into the workouts, it does mean that most songs will fade into relative obscurity. Say what you will about Just Dance, but the series does pride itself on recognizability of hit songs. You just don’t have that kind of staying power here. That said, you can choose to play song-by-song, or with nonstop playlists that have anywhere from 15 to 60 minutes of tracks available to play in a routine. I personally loved the latter option, as it meant I just needed to dance and play in order to shed the calories away. It’s a simple option that will appeal to those who just bought a Switch for casual games and don’t want to be bogged down by menus.

The lack of other content is a bit of an issue here too. You have basic progress trackers, as well as challenges and achievements you can unlock once you hit certain goals like playtime or calories burned. However, there isn’t anything meaningful in terms of progression, which again hammers the point that this “game” should be taken as a more serious exercise program rather than a fun dance simulator. There is the capability to play with up to four players, with a Fitness Party mode allowing some sort of co-op play to be done (the team’s score is represented by its lowest performing player). 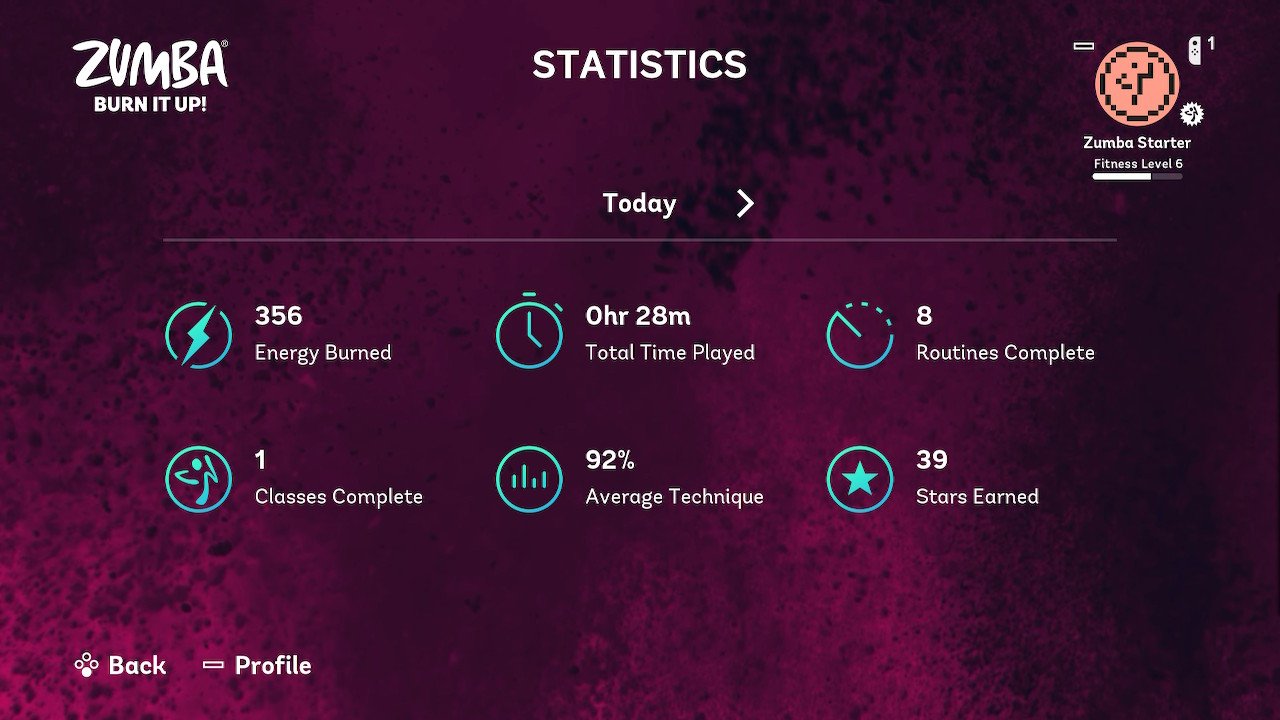 That being said, does Zumba: Burn it Up! does what it advertises? Yes, it does it completely well. The routines are addictive enough to warrant constant playthroughs, and there’s enough pizzazz in performances to keep playing a certain song multiple times.

Zumba: Burn it Up!

Zumba: Burn it Up! will appeal to the hardcore fans of the workout program and for those who want to do some serious cardio. While it’s not going to win points for its lack of killer top tracks or limited modes, it’s a great time for those serious about their exercise goals.

Elisha Deogracias is an aspiring accountant by day, freelance writer by night. Before writing for Gaming Trend, he had a small gig on the now defunct Examiner. When not being a third wheel with his best friends on dates or yearning for some closure on Pushing Daisies, he's busy catching up on shonen manga and wacky rhythm games. Mains R.O.B. in Smash. Still doesn't know if he's a kid or a squid.
Related Articles: Zumba: Burn it Up!
Share
Tweet
Share
Submit