When you think of spaceship weaponry, you typically think of guns, lasers, missiles, and the like. People enjoy flying around and blasting foes in their way with the help of these weapons. What if you didn’t have access to those usual weapons, but instead could only use bombs? Not only that, but the bombs won’t trigger unless they form a circle. Voidrun places you in this exact scenario and creates a challenging yet interesting experience in the process.

Voidrun is a roguelite game where you’re tasked with wiping out life on various planets. With a total of ten possible planets, one run will consist of four of them being randomly chosen. Each planet has its own design and enemies, which offers some variety. For example, one planet has lava pits, sentient fireballs, and large beetles, while another has spiky wheels and centipedes. Each enemy has their own movement and attack patterns, so you’ll need to learn them in order to predict their actions and surround them with bombs. 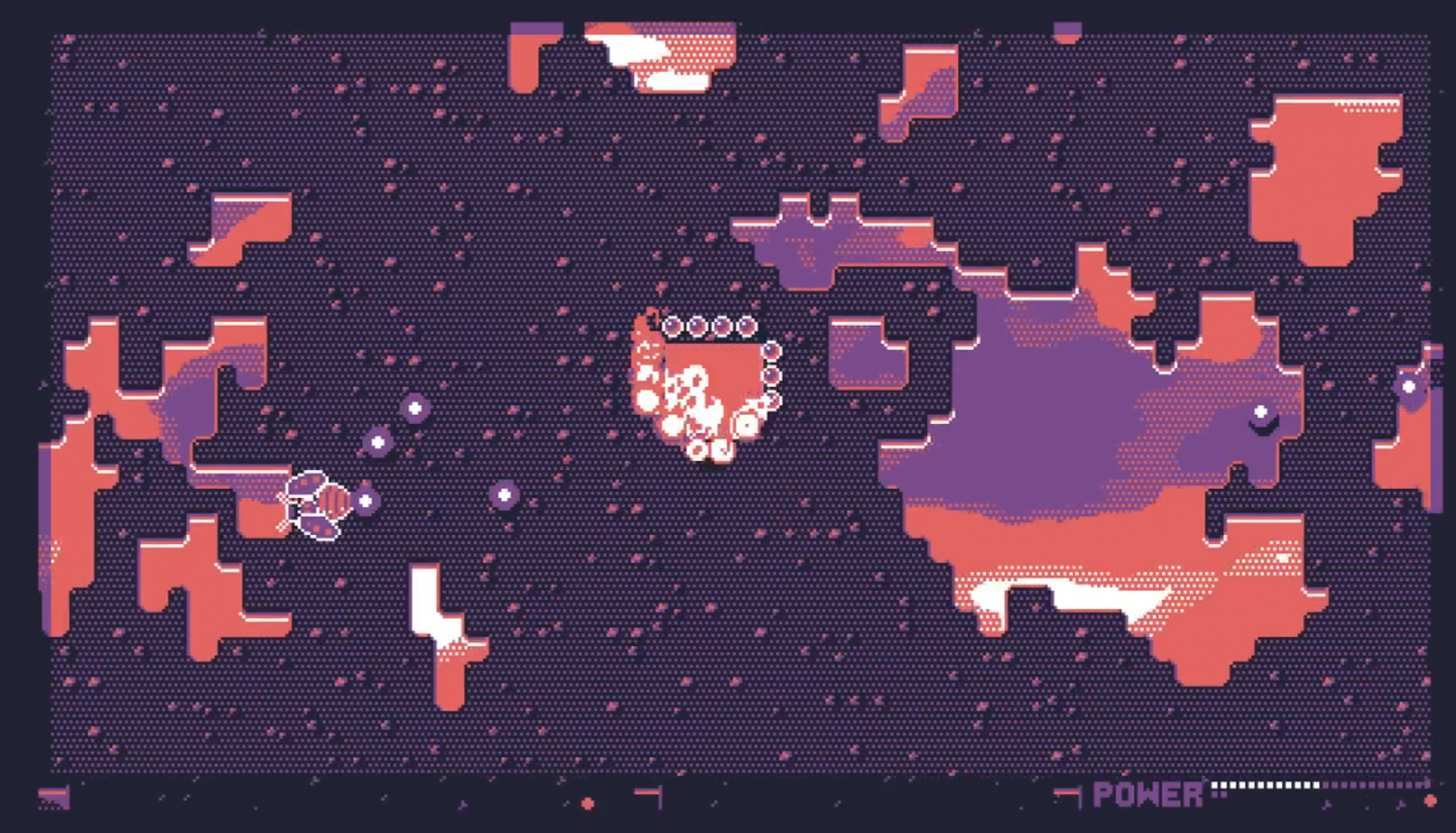 As mentioned previously, the gameplay revolves around you destroying enemies by surrounding them with bombs. You have a meter at the bottom that indicates how many bombs you have available. As you drop bombs, the meter depletes. If the meter is empty and you haven’t created any circles with your bombs, you must collect them and try again. To do so, you’ll activate focus, which pulls all bombs in the dotted radius to your ship. This limited number of bombs forces you to plan your moves carefully in order to surround enemies successfully. The upside is destroying enemies creates P-cylinders that increase your maximum number of bombs for that level. When you complete a level, your bomb meter goes back to normal for the next level.

When starting a run, you are taken to a screen where a bunch of powerups are being shuffled through. You’ll do this for four spaces on the screen, and are your upgrades for the current run. These can include an increased focus range, increasing your speed while using focus, an extra explosion being added to a completed circle, and more. After finishing the levels on a planet, one of your upgrades will be taken away. This means that the more you progress, the more you lose. It adds a bit more of a challenge by taking away aspects you were using, but it also causes your ship to become more generic by the end as well. It’s an interesting idea, but it might not appeal to everybody. 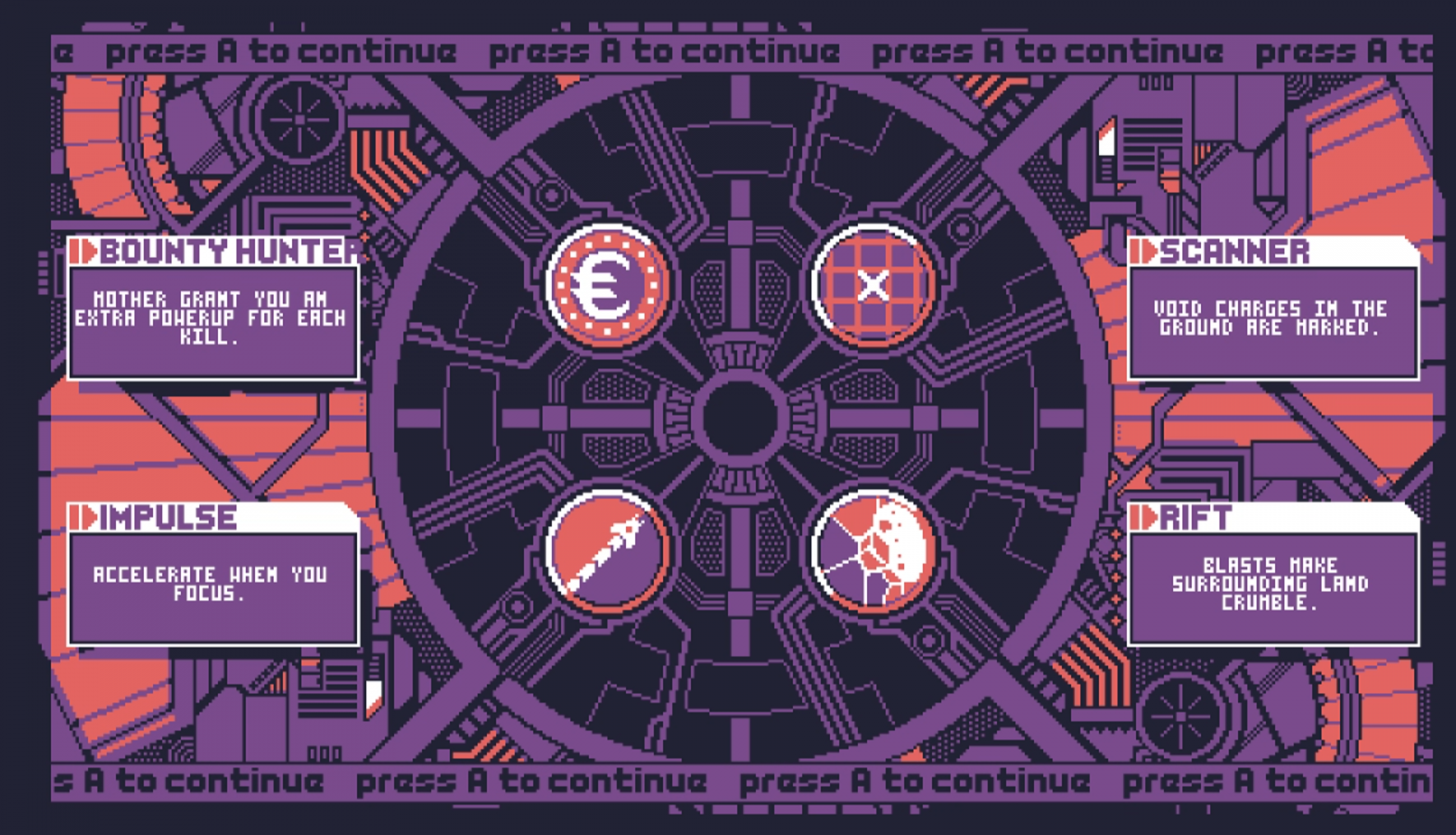 Even though the gameplay is simple to learn, that doesn’t mean the game is easy. For one, the amount of bombs that you start with is fairly low, which makes it hard to create circles with. This means that you’ll either not have enough bombs to fully surround an enemy and have to retry your attack or you’ll get extremely close to enemies in an attempt to encase them with less bombs. The latter strategy is dangerous because it can easily end with you getting hit and killed. This strategy can work better for some enemies compared to others, but you’ll still need to be careful regardless. For example, some enemies walk around slowly while others will jump over your bombs and ruin your hard work.

Voidrun has three modes: classic, arcade, and adventure. Classic mode is what I described earlier: working to eliminate lifeforms on four randomly chosen planets. Each planet has several levels that are completed by destroying all enemies in them. The final level of each planet has a boss to defeat, which creates a bigger challenge that you must overcome with your bombs. You have five lives to complete your run with, and once they’re all gone, you have to start a new run. Arcade mode tests how far you can make it with only one life; you get killed once and that run is over. Adventure mode is the one mode that doesn’t contain permadeath. You get to follow branching paths and attempt the planets you come across as many times as you’d like. If you die on a planet, you only get sent back to the adventure menu. It’s nice having a mode with fewer consequences, and will definitely appeal to those that aren’t used to the roguelite elements. 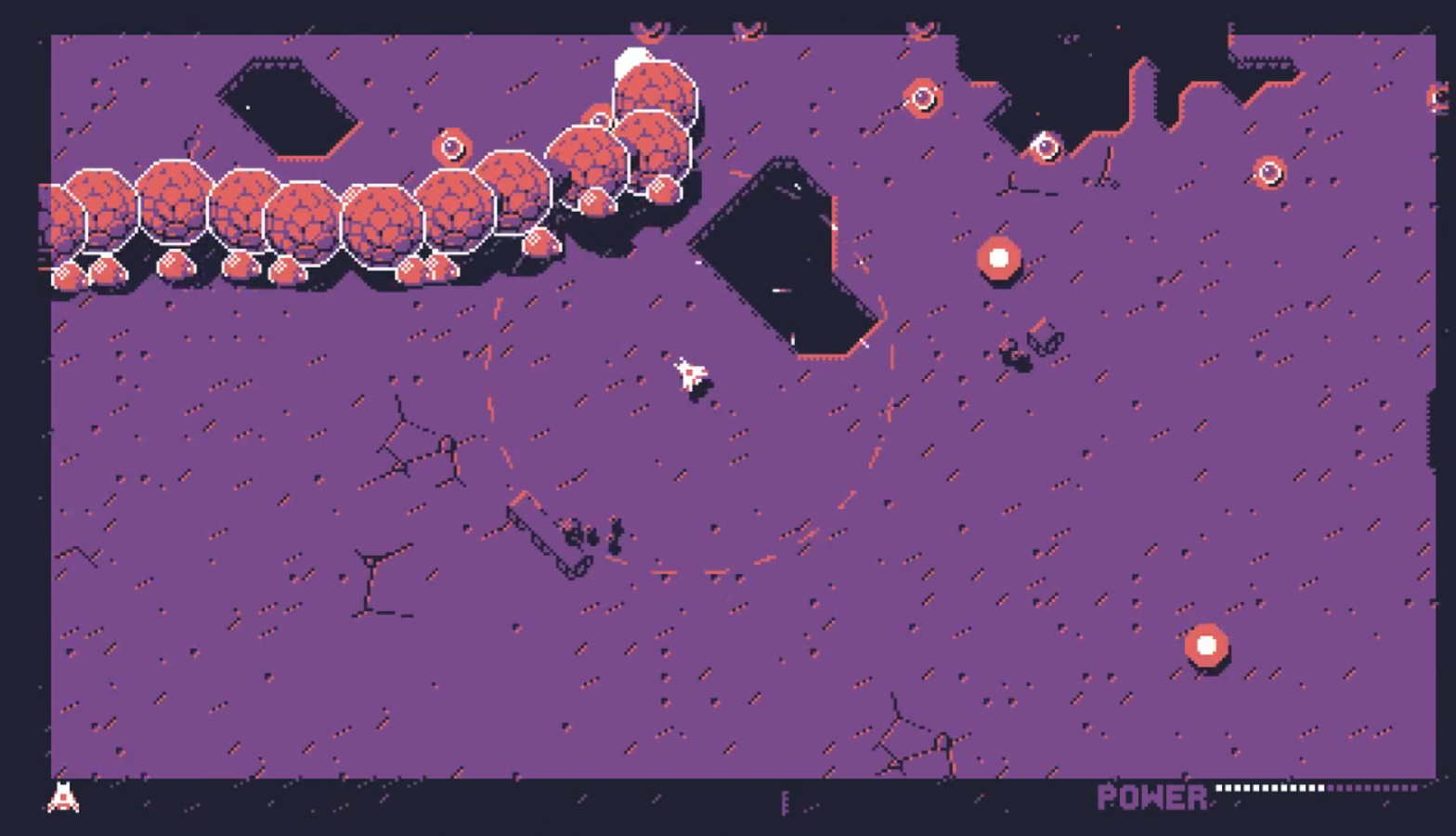 The game has a very simple design with a lower resolution and few colors, but that doesn’t make it bad in any way. This simple design allows you to focus more on the gameplay rather than just its looks. With how difficult the game can be, especially with some of the more energetic enemies, you’ll be more concerned with how you’re playing rather than what it looks like. Along with the simple design, you have a soundtrack that is both bumping and nostalgic. It gives the feel of some older space shooters, which I appreciate. That being said, Voidrun is a nice little spaceship game that offers a tough challenge. With it being under $10, I’d say it’s worth checking out if any of the above catches your attention. If it does, get ready to bombard some alien creatures.

Voidrun is an interesting roguelite where you're a spaceship that surrounds enemies with bombs to destroy them. The game is simple to learn but difficult to master. With three different modes to play, you'll have plenty of time to practice your moves.

Codi loves to play video games and watch movies. He will watch almost any kind of movie just to experience them. His ideas take inspiration from the shows and movies he watches, and games he plays. He also loves a good pun.
Related Articles: Voidrun
Share
Tweet
Share
Submit