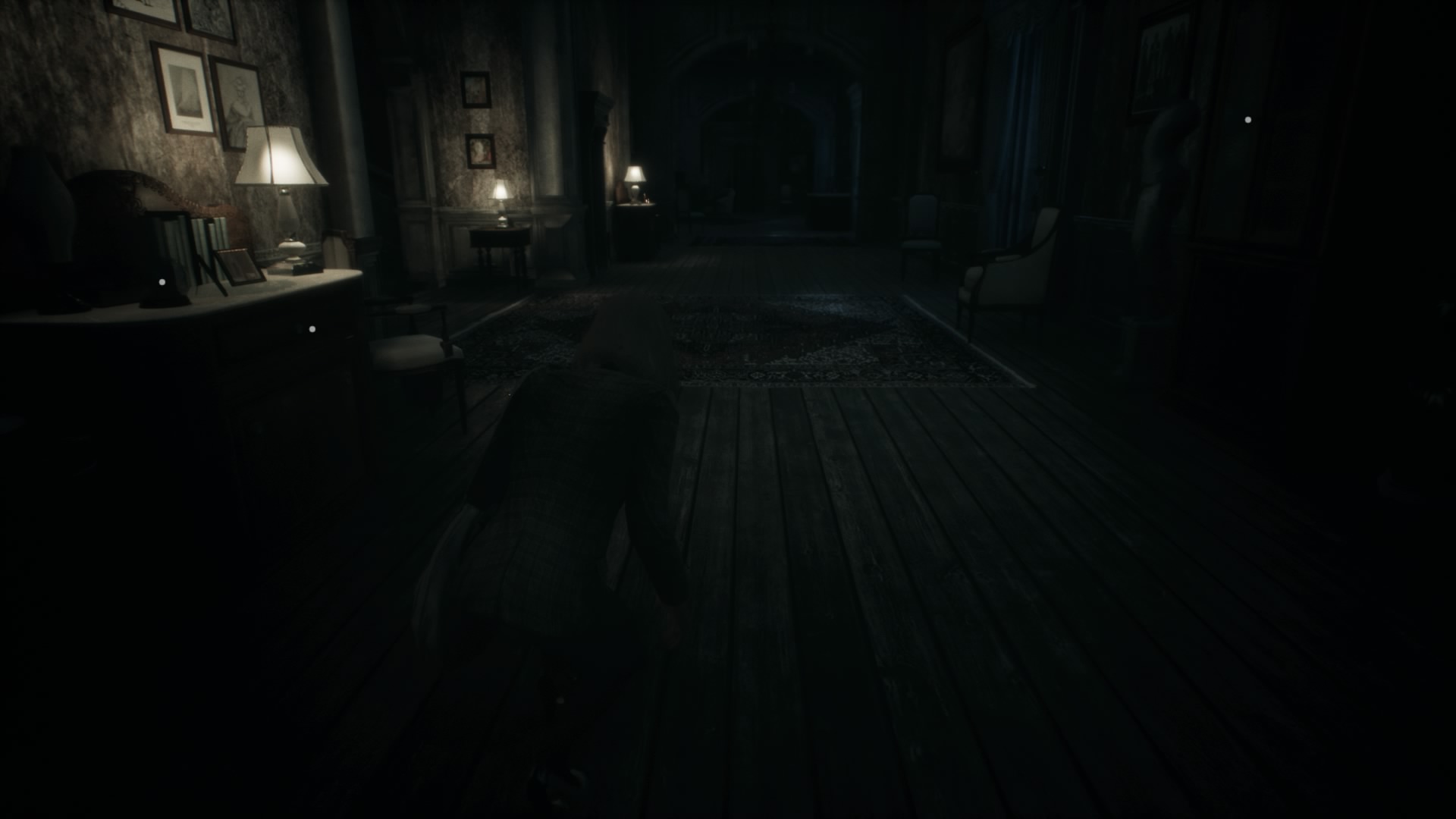 Horror is a genre that needs to be handled delicately in order to succeed. Some games focus on blood and gore, others focus on surviving without being able to fight back, and some take a psychological approach. No matter what type of horror is used, creating the right atmosphere and tone is key to making the game feel truly scary. Tense situations and creepy moments are my favorite parts of the genre. Remothered: Tormented Fathers has these both in spades and that kept me moving forward.

Remothered: Tormented Fathers follows Rosemary Reed from the Santa Margherita Institute as she visits the home of Richard Felton. Richard was a patient at the institute because of a mysterious disease, but after realizing they couldn’t help him, he left. Rosemary starts off asking about his condition before things take a turn. She is forced to leave the mansion, but later sneaks back in. This is where the game truly starts; the story is really interesting and every discovery is exciting. Going into the game blind makes the experience all the more enjoyable.

The gameplay revolves around sneaking around the mansion in an attempt to escape. The main entrance is blocked off, so you need to figure out an alternate way out. This involves a ton of exploration and puzzle solving. There aren’t any complicated puzzles, it basically requires you to find key items that help you open up new paths. That may not sound exciting at first, but the way the game handles it works great. You need to pay attention to your surroundings and take the time to explore if you want to know what to do and where to go. Remothered has some hints here and there, but it doesn’t hold your hand, which I liked. It’s up to the player to figure out where some items are and how to get to them. Some are more obvious, while a few take a little longer to figure out.

While sneaking around the mansion, you need to be extremely careful. You can crouch walk, slowly walk, or run, but the faster you move, the louder you are. If an enemy hears you, they’ll quickly come to hunt you down. That’s why I only ran when I needed to escape a chase after they spotted me. To escape, you need to get far enough away and hide. I would usually book it through the halls and then crouch walk once out of sight until I hid in a wardrobe or under a couch. Sometimes the enemy goes the wrong direction and gives up or they’ll make their way to your hiding spot. If they stop right next to you, a circle appears on the side of the screen with a dot in it. You need to use the right stick to control the dot and keep it within the circle until the enemy decides that you aren’t there. This minigame represents Rosemary’s fear, and if you fail to control the dot, she freaks out and the enemy pulls you out of hiding. Thankfully it isn’t an instant death, but you do need to run away before they strike. My only issue with this aspect is the fact that the game didn’t explain it to me beforehand. It tells you that you need to keep the dot within the circle, but doesn’t tell you how to do so. I had several failed hiding attempts as a result of trying out different methods to stay calm. It was a bit frustrating a first, but after knowing what to do, it was incredibly easy to succeed.

There are two other methods of survival: diversions and defense. The mansion is littered with objects that can be used as diversions. Some items like vases, snowglobes, and glassware can be thrown, while others like bells and music boxes must be placed. These items are meant to distract enemies and lure them away from where you’re trying to go. Sometimes they’ll wander off on their own, but other times you need a diversion because they’re on a set patrol route. You can only carry three diversions at a time, but you shouldn’t need to use them that much. Defense items like knives, screwdrivers, and scissors are used to protect you in case an enemy grabs you. This prompts a QTE that lets you stab the enemy, which stuns them so you can escape. You can only hold one defensive item at a time, but there are plenty around the mansion to grab. These are extremely important to hold onto because they can be the difference between life and death. The deaths can be brutal, so you’ll want to do your best in order to prevent them.

The save system follows the pattern of many other horror games: specific objects are scattered around the game and act as your only save points. Like how Resident Evil had typewriters, Remothered has wall mirrors. The mirrors also let you heal by holding down L2, which was helpful if I got hurt in a recent encounter. Considering the size of the mansion and the length of the game, the save points felt well placed. As long as you remember where they are, you’ll be in good shape.

Remothered is a fairly challenging survival horror game that tells an intriguing story. The core gameplay feels tense and eerie, making you nervous as you traverse the mansion. Every footstep and murmur causes you to be cautious as you listen for danger. Creeping around, looking around corners, and peeking through doorways become second nature as you fear for your life. Turning a corner and suddenly hearing a monstrous shriek sends a shiver down your spine. The music amps up as you spring into action and do what it takes to survive. The game is dark and creepy, capturing the menacing tone that Remothered works so hard to create. It is a relatively short game (clocking in at around 6-7 hours) but it’s more than worth the time if you want a great horror game with an uncomfortably fantastic story.

Remothered: Tormented Fathers is a short yet sweet horror game that mixes stealthy gameplay with an incredibly creepy story. There are plenty of twists and turns that won't leave you disappointed. You can happen upon some terrifying moments depending on how you play, which makes you want to see more. This is meant to be the first game in a trilogy, and with what I've seen here, I'm excited to learn more about this world.

Codi loves to play video games and watch movies. He will watch almost any kind of movie just to experience them. His ideas take inspiration from the shows and movies he watches, and games he plays. He also loves a good pun.
Related Articles: Remothered: Tormented Fathers
Share
Tweet
Share
Submit