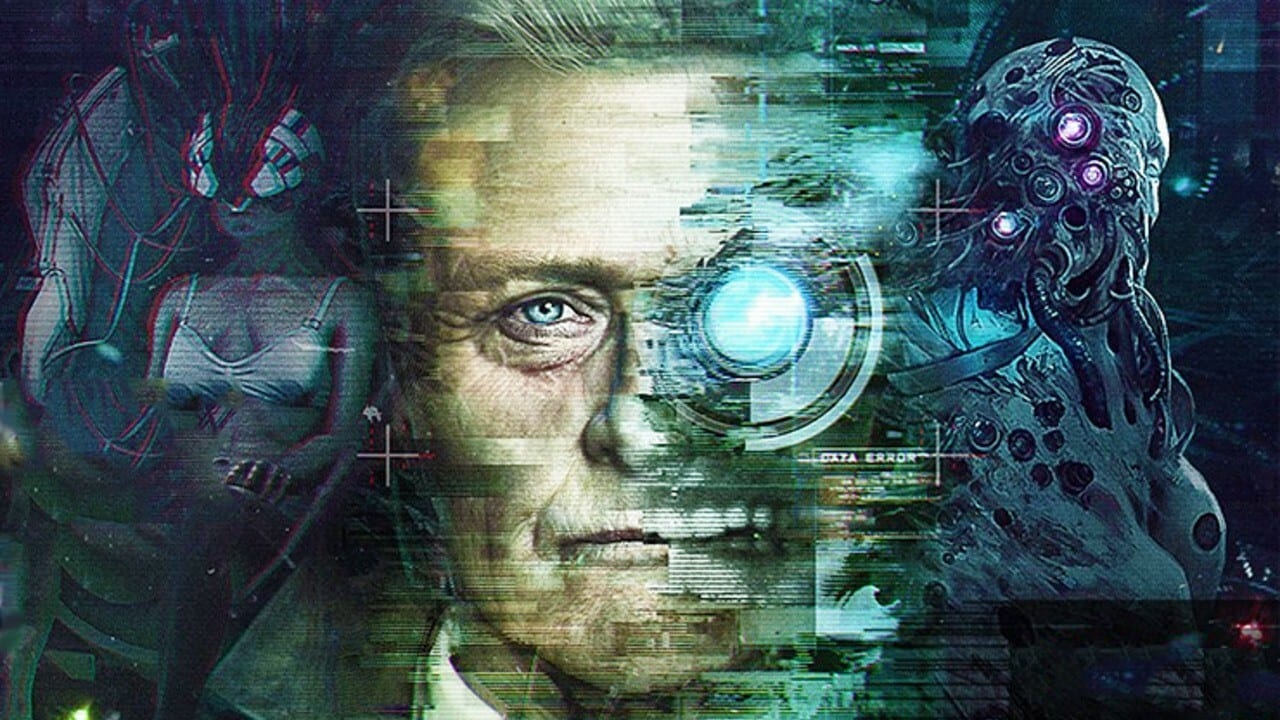 Bloober Team, the crew behind games like the Layers of Fear titles, The Blair Witch, and the upcoming dueling-world title The Medium, also gave us a game called >observer_ — a cyberpunk psychological thriller. In >observer_ (let’s just roll with “Observer” from now on) you are cast as detective Daniel Lazarski, a detective in the year 2084. In this dystopian future, a technological biological weapon called the nanophage has killed tens of thousands and sent the population into a war, causing widespread depression and rampant drug use. As such, the increasingly insular population live alone, feeding off entertainment and distraction. (I double checked — the game isn’t set in 2020.) To help solve drug and murder cases, a new police unit called Observers was commissioned, each augmented to allow them to hack the mind of suspects. When his estranged son calls him with a mysterious and distressing message, detective Lazarski sets off on his own personal Observer mission.

Observer came out in 2017 and I liked it quite a bit when I reviewed it back then. That said, technology has come a very long way in the last three years, and Bloober Team wanted another bite at the apple. Observer: System Redux adds…well, it’s a long list. Frankly, it’s a nearly impossible list, given that it’s only been 36 months. Let’s get into it. 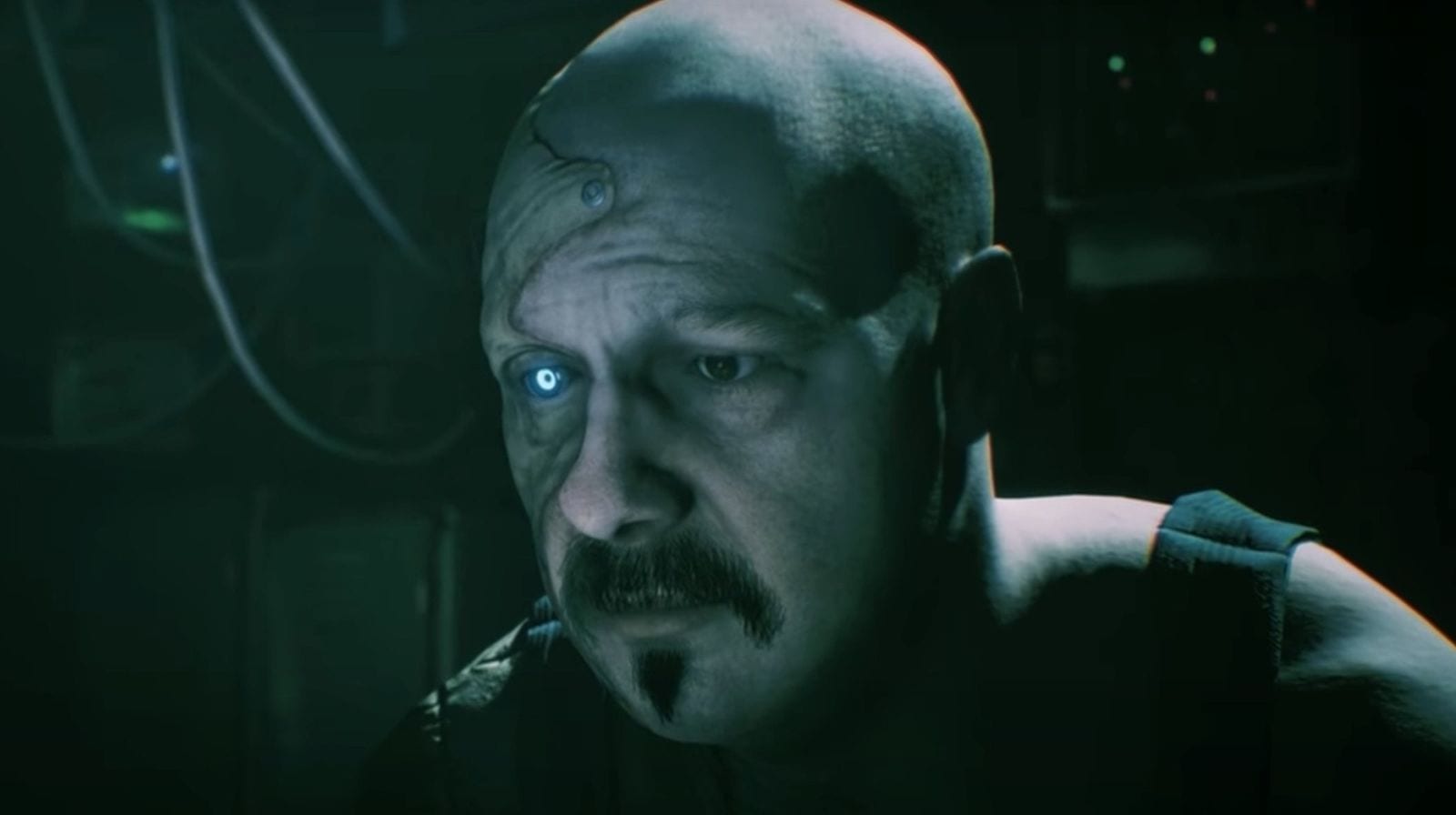 Character models are light years better than before.

The most impressive thing in this massive list of improvements is the completely rebuilt textures. The team rebuilt every human you encounter, making them look far more realistic (“realistic” with a whole lot of augmentation anyway). A fresh animation system makes them move more gracefully, or ungracefully as their cybernetics might require. The environments received the same treatment giving objects the correct look and feel. Plastic is shiny and reflective, brick looks filthy, cheap wooden facades look…well, cheap. Hair looks less like a texture that’s been applied and more like hand-placed, which it clearly was.

Scenes that were previously grimy and somewhat dark are now dark in the right places. It creates scary corners that raise the immersion of the game to the next level. Correct lighting allowed me to clearly see more of the horrifying things scattered throughout the game. I spotted William Blake’s amazing art entitled “The Great Red Dragon and the Woman Clothed in Sun”, which you might recall from the movie Red Dragon, and much more strange and bizarre artwork. With proper lighting, these mood-enhancing moments now stick out.

Odd as it is to say, adding ray tracing to the game has brightened it up a bit which makes the horror somehow better. Normally too much lighting lets you “see the monster” too much, which is why movies like Alien work — you don’t see the antagonist until halfway through, making the reveal that much more impactful. Here, the “monster” is the horrifying ways humans have completely debased themselves with technology, and how others have taken advantage of that state. Being able to see it more clearly here, and having the lighting highlight the right things, makes these scenes more horrifying than before.

Not just improving clarity, proper lighting also affects Lazarski’s view of the world. His need to balance his Synchrozine medicine lest his vision become pixelated and glitchy, or on the other end of the spectrum, blurry, is a constant battle that plays havoc with the scene. The glitchy nature of his vision looks more cyberpunk than before, with pops of brighter color instead of just pixelation. It really sells the feeling of augmentation run amok inside Lazarski’s head and deepens the connection with his disconnected nature.

If you were frustrated by the hacking mechanic with the original, that’s understandable. Previously your systems would analyze the keypad and then give you the smallest sliver of a hint. The door in Adam’s apartment, as an example, would be analyzed and give you the clue that the number 4 is at the end. You’d have to have observed that he’s a fan of George Orwell’s 1984, revealing the code. The new gameplay mechanic gives your system a jolt, asking you to watch the sequences to see which numbers remain stationary in a sea of shifting characters. It’s a lot easier to navigate, but if you don’t even want to deal with it you can simply toggle the “skip hacking minigame” option in the menu.

In two moments in the course of Observer you’ll run headfirst into the stealth gameplay. Similar to another narrative horror game, Call of Cthulhu, these are tense moments where you come face to face with the more sinister elements of the game. Unfortunately, the instant-death sequences felt somewhat out of place. These moments also break up the walking simulator-esque elements of the game, so I didn’t hate them — but a lot of folks did. Bloober went back and tuned the entire section. With lighting improvements abound, it’s easier to spot the creature hunting you, and he’s no longer quite so apt to monster-closet his way right on top of you for that instant game over. In fact, the stealth is easy enough where the only time I died was to see if the monster was still fatal — it is. The stealth now feels like it fits, and that’s high praise indeed.

Beyond the massive amount of visual improvements lies three new side-quests. Thankfully, Bloober didn’t just bolt these on, but sewed them directly into the fabric of the game. By way of example, in the first hour of the game, the tenement you are investigating becomes locked down, leaving you stuck inside. Rather than simply zip stripping a new area for fresh quests to happen onto it, you’ll run into a strange “love altar” in a previously empty area. Solving some puzzle elements reveals this altar is some sort of twisted stalker love letter to someone. Could this be a murder about to happen? Uncovering what this altar is about and who’s behind it is up to you, but it was nice to see these three side missions augmenting the storyline instead of standing isolated beside it.

There is one hitch that, due to the passing of protagonist voice actor Rutger Hauer, cannot be fixed. In my original review I called out that some of the voice acting and line delivery comes across out of place. Lines are occasionally clipped noticeably short, or still come across as somewhat disconnected from the horror of the scene at hand. It’s better to leave them in the way they were recorded rather than having a soundalike trying to fake it, but for all of the incredible work the team has put in, this one thing is still present. It breaks immersion a bit, but that’s not Bloober’s fault.

Speaking of hitches, one aspect of the previous version was a small hitch every few minutes as the game brought in assets for the next area. I am glad to report that this is completely gone, marking off one of the only remaining complaints I had with the game.

As before, Observer is about the blurring of a line between what’s possible and what’s ethically or morally right or wrong when it comes to technological augmentation of the human mind and body. What happens when we evolve ourselves without restraint? Exploring these themes with all of these technological bells and whistles augmented onto the original product is not lost on me, but like our good detective Lazarski and many others in this world, I’ll gladly take the Synchrozine to see this world more clearly, grime and all.

With visuals completely redesigned from the ground up, rebuilt mechanics, and even a dose of extra content, Observer System Redux delivers on the gritty retrofuturistic cyberpunk world of horror. Rebuilt stealth sections fixed the largest complaint, and the hitching in the original release is gone. The original was good, but this is great.

Ron Burke is the Editor in Chief for Gaming Trend. Currently living in Fort Worth, Texas, Ron is an old-school gamer who enjoys CRPGs, action/adventure, platformers, music games, and has recently gotten into tabletop gaming. Ron is also a fourth degree black belt, with a Master's rank in Matsumura Seito Shōrin-ryū, Moo Duk Kwan Tang Soo Do, Universal Tang Soo Do Alliance, and International Tang Soo Do Federation. He also holds ranks in several other styles in his search to be a well-rounded fighter. Ron has been married to Gaming Trend Editor, Laura Burke, for 21 years. They have three dogs - Pazuzu (Irish Terrier), Atë, and Calliope (both Australian Kelpie/Pit Bull mixes).
Related Articles: Let's Play, Observer: System Redux
Share
Tweet
Share
Submit