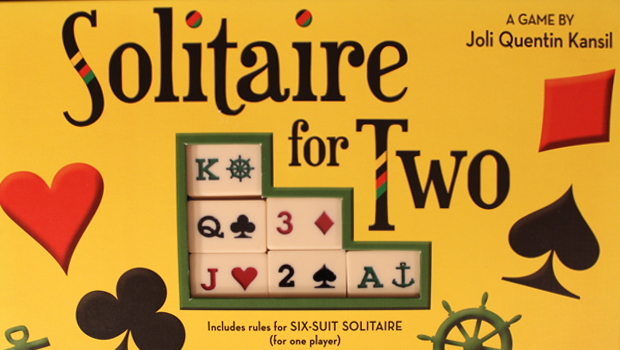 Having recently reviewed Victory Point Games’ The South Shall Rise Again, I had high expectations for their latest release, Villainous Vikings. In the tradition of a Euro-style historical strategy game, it appears to be thoroughly researched, allowing players to choose from eight legendary figures including Ragnar, the warrior, Lagertha, the shield maiden, and the famous Viking explorer, Erik the Red. Each captain has a unique set of abilities which aid them in battle. With his captain leading the expedition, players take turns fighting heroes and raiding or trading with medieval coastal towns across Europe, Scandinavia, and the north coast of Africa. Each battle takes the players closer to Ragnarok and the final confrontation before Odin and the Gates of Valhalla. Time to Ragna-Rock!

Borrowing from other VPG titles, the journey to Valhalla takes place over three ages. The map deck is separated into difficulty levels, corresponding to the quantity and color of battle dice locations roll in defense against players during a raid. Twenty-eight of the fifty map cards are used for any game (chosen randomly by age), but that’s only a small part of the game’s variability. About half the locations are garrisoned by heroes that come in three types: converts, mercenaries, or bosses (yes, that’s what they’re called). Converts will fight for the location, but join a player’s crew if their captain is victorious. Mercenaries will not fight for the location and will only join a crew if their loyalty is purchased while trading. Bosses appear most often in the third age and add powerful battle advantages for the the location they fight for. Bosses will not join a Viking crew, preferring to die with honor. Converts and mercenaries add their battle advantage and occupy one segment on the longship, limiting players to three heroes in their crew.

Battles are fought using a combination of colored dice. Which dice are available to captains depends on the number of ready longship segments, signifying the size of the crew. Similarly, locations roll dice against raiding captains according to their size and significance during the age. Players have an advantage locations do not; they benefit from shields rolled, countering the same number of opposing swords and preserving their crews. Only swords count toward victory – Odin rewards only violence and bloodshed.

While these seem like solid mechanics, even the regional capitals will fall to a fully crewed Viking longboat more often than not. Captains with a full complement of dice may lose a section of their crew, but the reward outweighs the risk. Even a stalwart hero can usually be overcome without too much consternation. Defeating a location gains the player gold, an advantage for future battles, and influence points, the currency of the gods.

Frankly, the game designer could have done more with the theme. First, Norse mythology is too vast to use such pedestrian labels as “boss” or “influence points.” Second, a fully crewed longship, along with the battle advantages that come with each captain, is a straight up match for even the regional capitals and bosses of the third age. What that means is that the game plays too easily in the early going. Risk-reward is unbalanced to the extent that a player can cleanup on lesser locations with impunity, accumulating gold and influence with little concern for strategy.

After players have conquered a few of the lesser map cards during the first age, they may try their skill at trading. In addition to hiring mercenaries, players can buy replacement crews in the form of unfilled longship segments. They can also choose to buy the loyalty of a location instead of conquering it, but for that they get only its influence points and potential battle advantage, but not its gold. One more aspect of trading allows a player to reduce the location’s battle effectiveness by one die. Trading constitutes the player’s turn though, so another captain could swoop in to steal the weakened map card.

Should two captains arrive at the same region on the map, they can choose to fight or flee. There’s almost no incentive to fight except to try and weaken the other player. Victory over another player is only valuable if the loser is completely destroyed and is forced to give one map card and half his gold to the winner. Inevitably, captains meet during Ragnarok for one last chance to win influence points. Another condition whereby captains may battle occurs when a player interacts with the gods via an Asgard card. These cards are rare but give special battle advantages. I like this idea but the execution of the Asgard cards feels like an afterthought, having no artwork and no flavor text. Now that I think about it, one of the great strengths of another VPG offering I reviewed, Mound Builders, was its extensive flavor text, but Villainous Vikings has none of it.

Villainous Vikings has minor flaws that could be worked through for a second edition. The first would be to incentivize player v player combat by always rewarding the winner as if the loser were wiped out. The second would be to make regional capitals more challenging to raid. A fourth battle die reserved for capitals could accomplish this. I would also start players with less than a full crew – lesser locations are too easy to defeat. Consider how Runebound scales in difficulty as player characters gain victories and experience. Finally, I would do something else with Ragnarok. The current face-off, during which players roll dice and count swords, is lacking as a climactic device. Here again the theme holds greater potential.

From a production standpoint, Brett Mitchell’s watercolor artwork is stunning and thematically appropriate. I wish there was more of it. The captain cards are unique and evoke a mythical mood, but the game board fails to capture the imagination. It is dull in contrast to the box sleeve and captain art. The dice are hollow plastic, and you have to put the stickers on, which is probably a good way to trim cost but is frustrating for people like me with big hands and little patience. One more plus is the game manual, which is not only easy to follow, it is artistic as well, using visual examples to supplement instructions.

With a few changes Villainous Vikings could be a very solid offering. Out of the box it is merely good when played aggressively, and less than compelling when players take a low-risk approach.

Mechanics: Strategy Card and Board Game

Villainous Vikings has wonderful artwork and a theme with strong potential, but poorly-scaled mechanics make the game too easy unless players always challenge themselves with the most difficult locations available. Aggressive play fits the theme but some modest rule changes would improve gameplay overall.