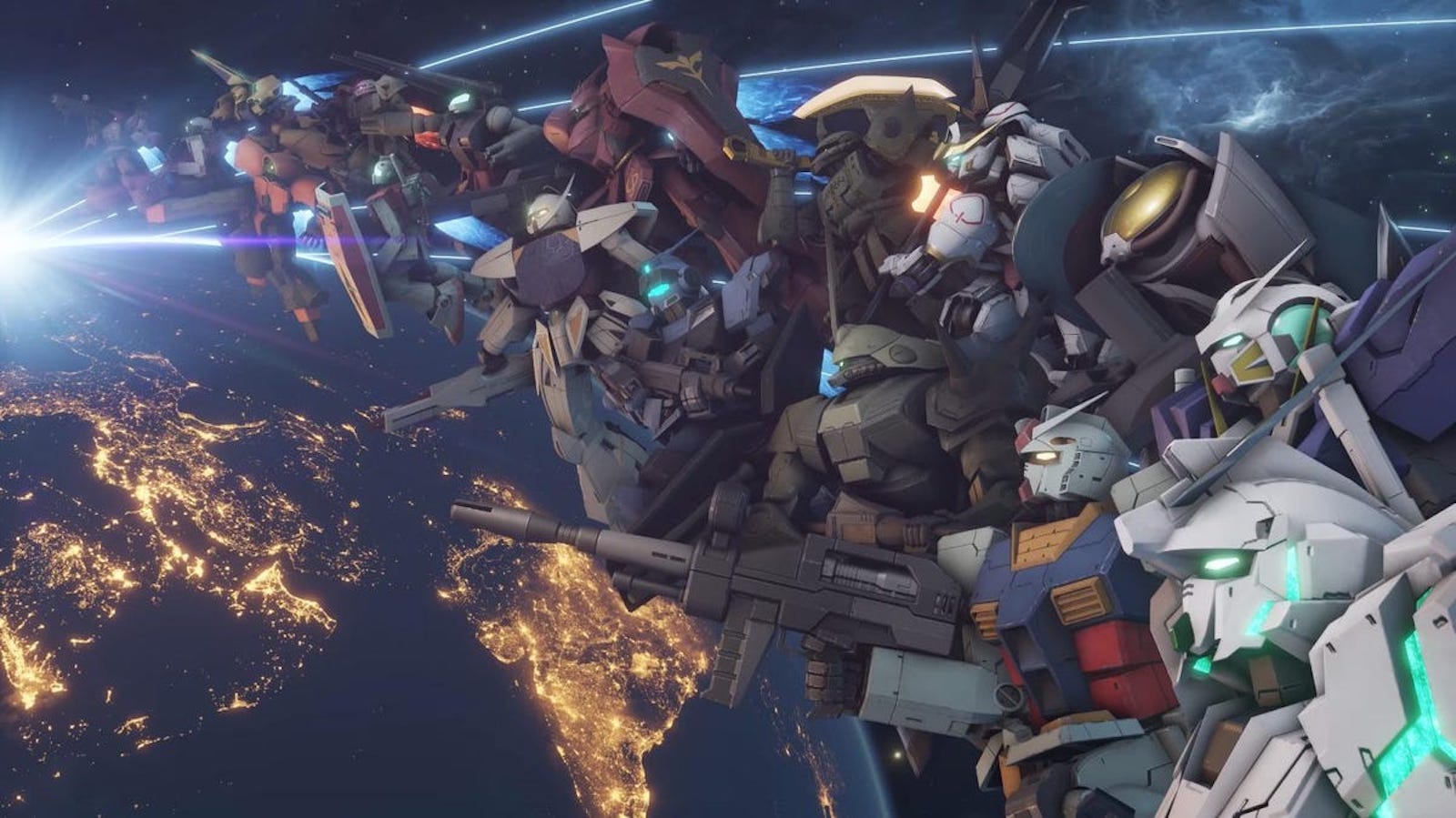 Do you ever find yourself wondering what it would be like to pilot a 60-foot tall robot warrior? If you’re anything like me, this is a daily occurrence. Thanks to Gundam Evolution, I am one solid step closer to understanding what it’s like. Gundam Evolution is a very well-realized Gundam product and an excellent hero shooter. Though it doesn’t necessarily bring anything new to the genre, the game accomplishes what it sets out to do so well you’ll forget that you’ve played it many times before. 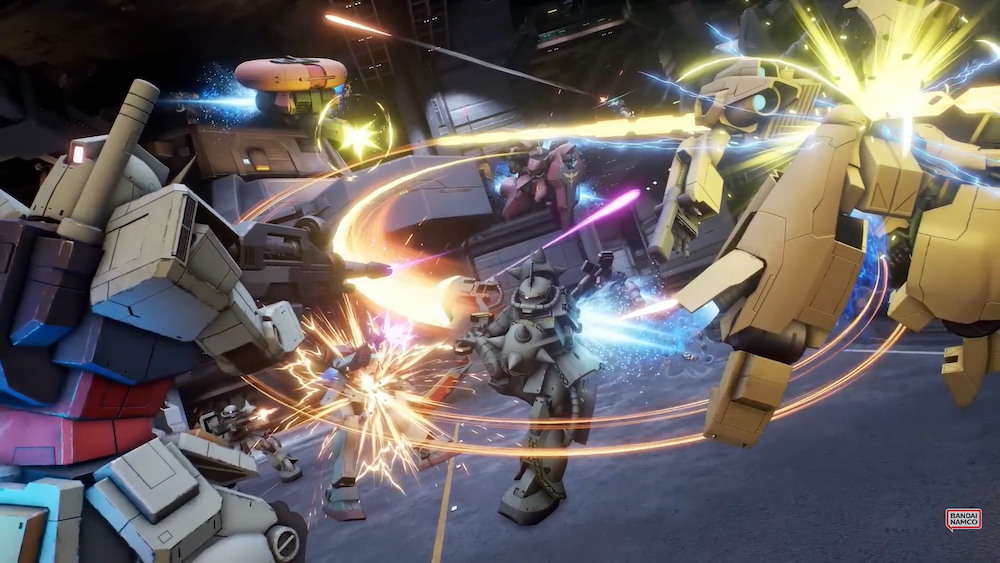 In order to unpack my previous statement, it is necessary to understand what exactly this game is. Gundam Evolution is a free-to-play 6v6 first-person hero shooter with objective based modes and extensive customization options. If this sounds a lot like Overwatch 2, that’s because it is a lot like Overwatch 2.This is not a bad thing by any means, as Gundam Evolution is fully able to stand on its own two robotic legs.

I do not have much exposure to the Gundam license. I understand that Gundam is a very important piece of Japanese popular culture, and a definitive piece of military science-fiction. I have not read any of the manga, seen any of the shows or movies, or bought any of the model kits. However, after putting some time into Gundam Evolution, I definitely need to change that. 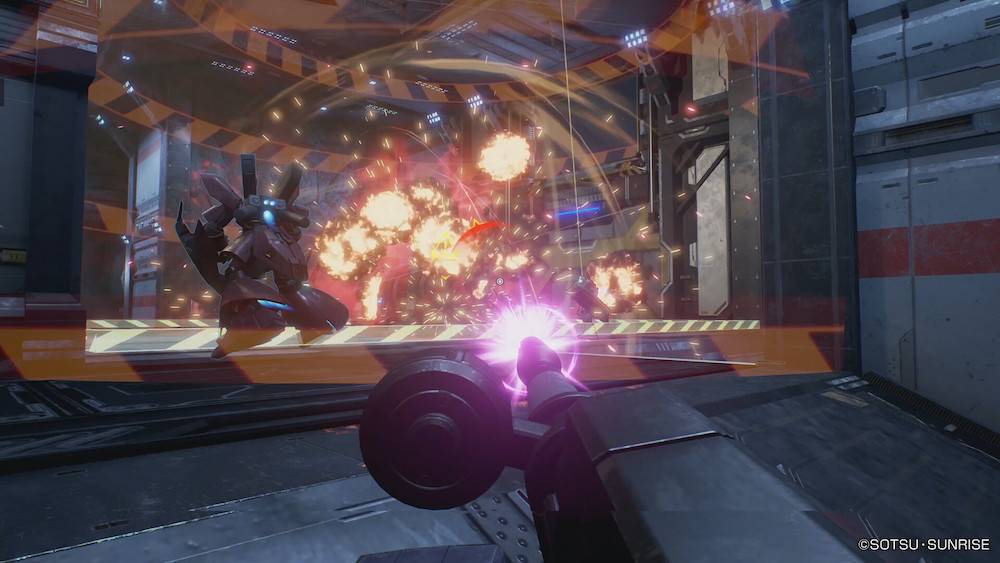 This is a free-to-play multiplayer game so there is no single-player story mode on offer. Regardless, I am still fully able to understand what Gundams are along with how each unique unit fights, sounds, and moves. Maps are designed with player size in mind, meaning skyscrapers are used for cover, military bases can be cleared in one jump, and mountains look more like molehills. Additionally, though I cannot confirm this as I have not been exposed to any Gundam media, sound design and player callouts appear to be taken directly from the classic shows and movies. The soundtrack is also excellent. If you’re looking for an immersive Gundam experience, or simply a mech power fantasy, Gundam Evolution will surely exceed your expectations.

Since Gundam Evolution is a multiplayer FPS, you have probably seen the modes the game offers before. There are three types of match: Point Capture, Domination, and Destruction. Domination is your typical conquest, control, or, well, domination mode with three capture points on the map that must be taken and held by either team. Point Capture involves defensive  footholds and offensive strikes to hold a single-point on the map. Finally, Destruction involves a similar struggle between offense and defense, except instead of a single capture point the teams are fighting to attack and protect a pair of bomb sites. When one of the first sites is destroyed, defense falls back to try and save the final two objectives. If these modes sound very familiar, it is because they are more or less carbon copies of your typical FPS modes found in recently released games like Overwatch 2 and Call of Duty Modern Warfare II. The game modes work well with the classes and gunplay style of Gundam Evolution and serve as fitting settings for the chaos and destruction of the shooter. I do wish there were a few more game types to shake things up, like an escort mode or free-for-all. 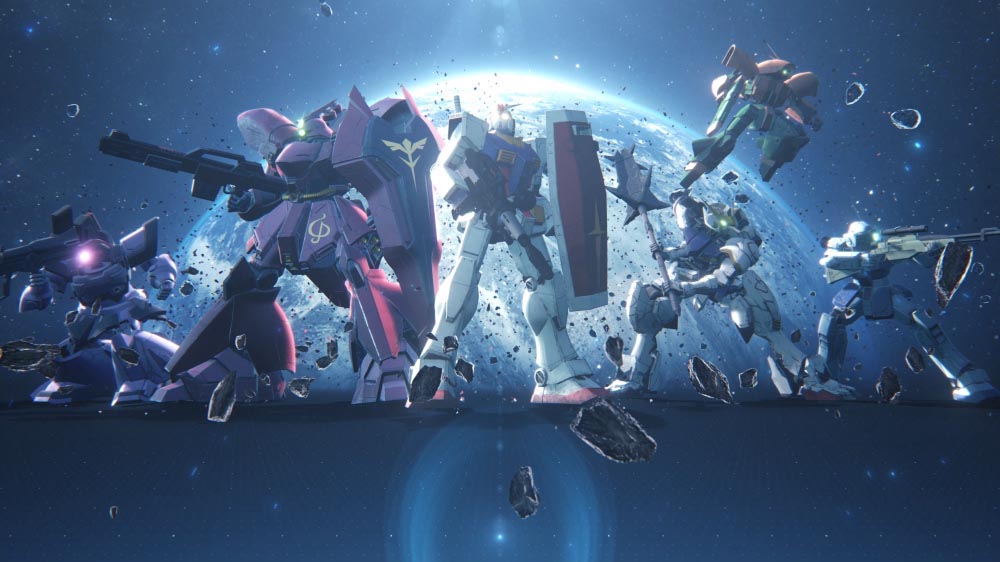 Arguably the most important part of Gundam Evolution, and the primary selling point of the game, are the unique Gundam units on offer. Each of the 18 units functions vastly different from the next, each offering abilities and maneuvers that when used correctly can often determine the outcome of a match. Though they are not explicitly categorized into different roles, they can essentially be split into your typical hero shooter roles of offense, defense, and support. There are no role requirements, so if your entire team wants to play as defensive units, they are free to do so.

Unit capabilities range from close quarters specialists equipped with high HP and melee weapons to ranged snipers with high powered rifles and spotting tech to mid-ranged healers with gatling guns and rockets. Many iconic Gundam models are available on the roster, and each unit feels wholly unique to use. Each of the units has their own weapons, abilities, movements, sounds, and, of course, customization options. Synergy between unit types is essential towards winning, so in my experience, it is always best to pick a role that has not been filled yet. My favorite unit to play is the GM Sniper II, which features a long range sniper rifle, close-range machine turret, jump pad, and a radar pulse ultimate. In order to help my team, I try to focus on finishing units that are already damaged, along with holding off offensives while on defense and aiding attacks while on offense. 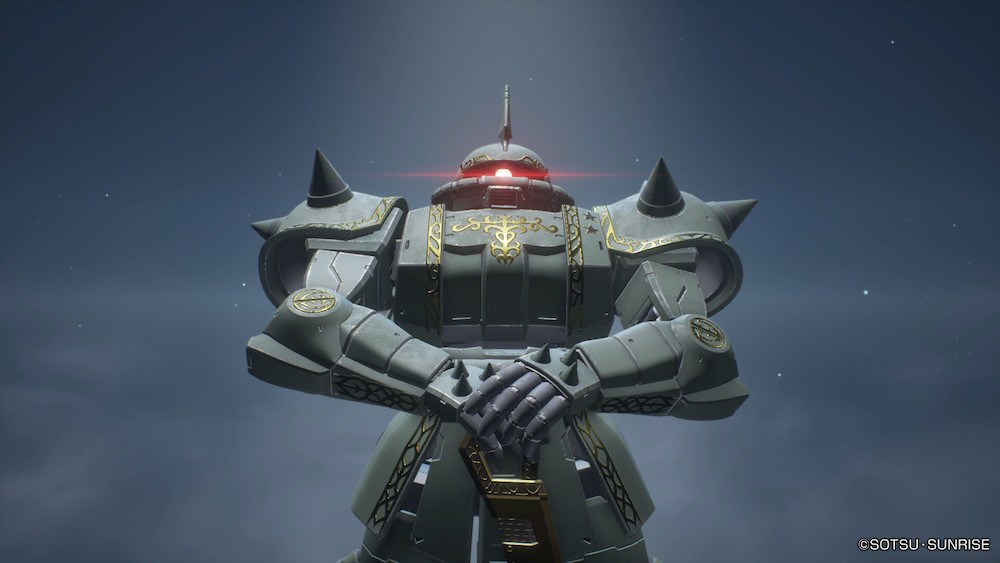 In terms of gunplay, all of the weapons are satisfying to fire and handle. The sounds made by weapons are authentic; the rapid fire of a laser, the swing of a chain mace, and the thunderous boom of a rocket launcher all compliment the on-screen action very well. I really do feel like the pilot of an advanced piece of military technology, and I am disappointed whenever I die as I am eager to get back to the action.

Map design is very simple. Each map is utilized as-is, no matter the game mode. As I previously mentioned, they are designed to make you feel like a behemoth tearing through a city designed at human-scale. Most of the maps are fairly large, though they do not offer more than narrow corridors split up by a handful of wider areas. There is also a noticeable lack of cover that is not hallway walls or map borders. I feel like there is room for more creativity in the map designs, like the inclusion of more interesting locations besides military installations or urban downtowns. 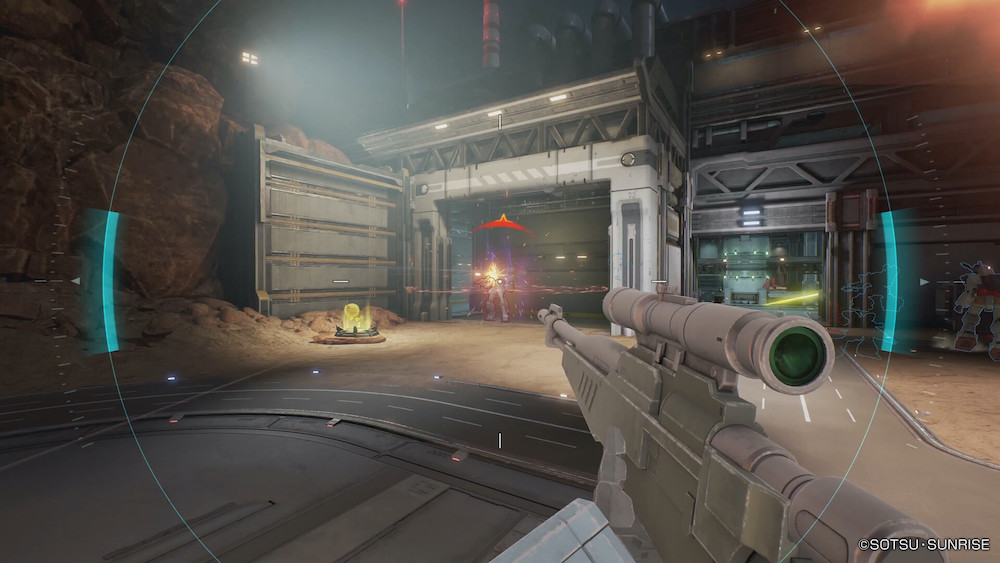 Since Gundam Evolution is a free-to-play game, it should be no surprise that there is a seasonal model, battle pass, and cash shop. There are a number of advanced Gundams locked behind a very steep grind, or a paywall if the grind becomes too much. This is unfortunate, as I do not feel like they are unlockable through casual play. I am jealous of the few players I have seen using an advanced unit as I know I have a lot longer to go before I am able to unlock any of them. The other items available through the battle pass and storefront are cosmetic, and offer colorful customization options for those that want them. There are a number of free rewards available in the battle pass as well, so I did not feel totally left out when it came to seasonal rewards.

Gundam Evolution is a fun and fast-paced hero shooter that, while not wholly unique, accomplishes exactly what it sets out to do: offer an authentic, competitive Gundam experience for fans of modern shooters. Satisfying gunplay and engaging classes make playing this game worthwhile, regardless of the lengthy grind and somewhat lifeless maps.