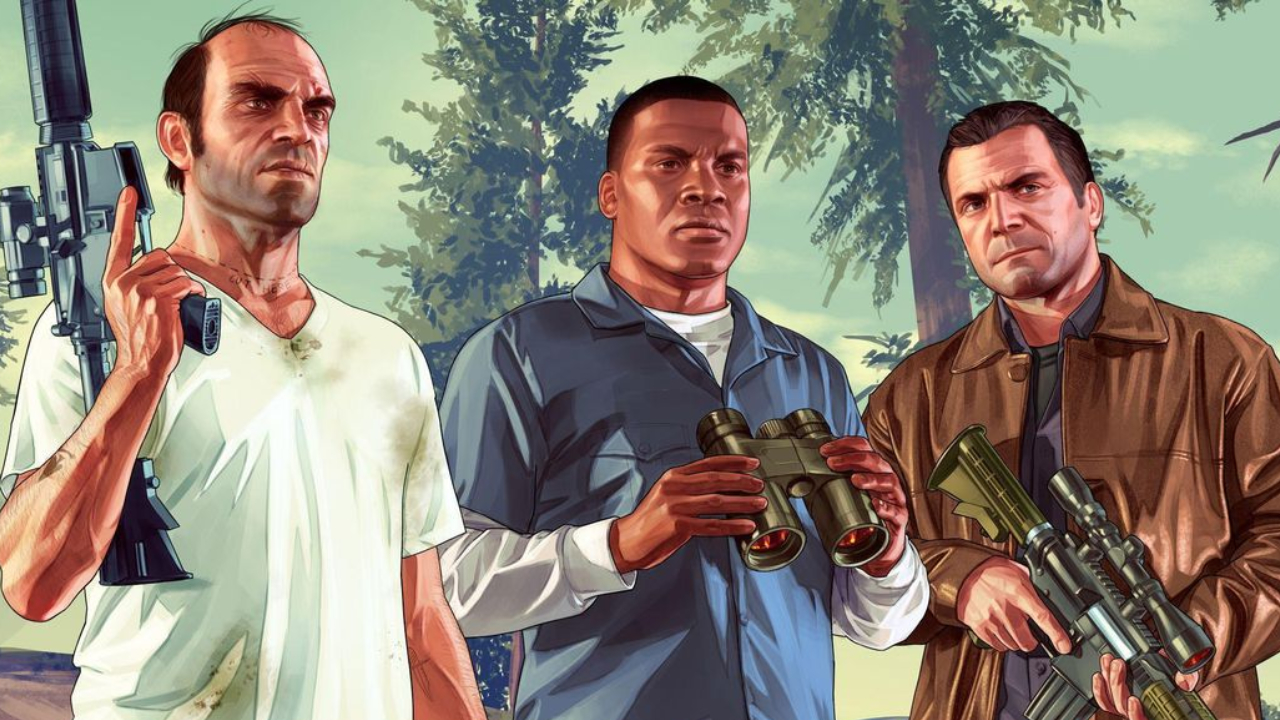 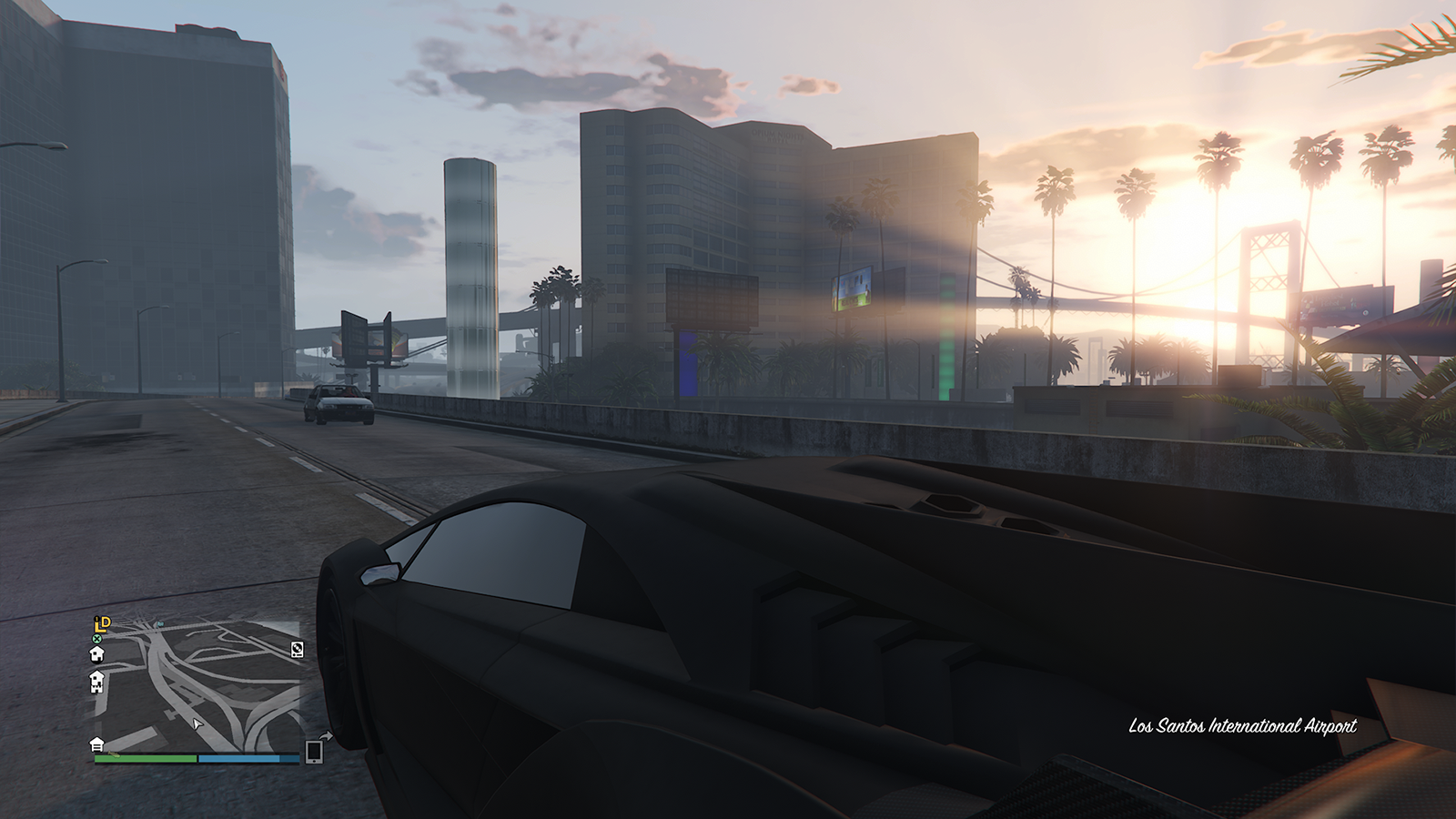 Since Grand Theft Auto V first released in September 2013, it has continued to be a juggernaut in the gaming space, and with the introduction of Grand Theft Auto Online just 2 weeks later, we gained the freedom to explore Blaine County for ourselves, being given complete freedom over our own criminal empire story. Nine years later, after numerous free updates and content releases, our journey continues as Grand Theft Auto V is given the next gen update we’ve all been waiting for. Let us unpack what you have to look forward to when you return to Los Santos.

Most notably we were all waiting to see what Grand Theft Auto V was going to look and feel like when it finally made its debut on next gen consoles, and I’m pleased to say that the team at Rockstar did not disappoint. There have been many updates to graphics and performance that make it hard for me to understand how I could have ever played this game any other way. With enhancements to the quality of lighting, including shadows and water reflections as well as the introduction of ray tracing, the world around you looks even more stunning than it did before. Seeing how buildings and lights are reflected in puddles of water on the roads after a rainfall as well as seeing how the sky and clouds reflect off the windows of skyscrapers as I drive through the city, I often paused to just look around. 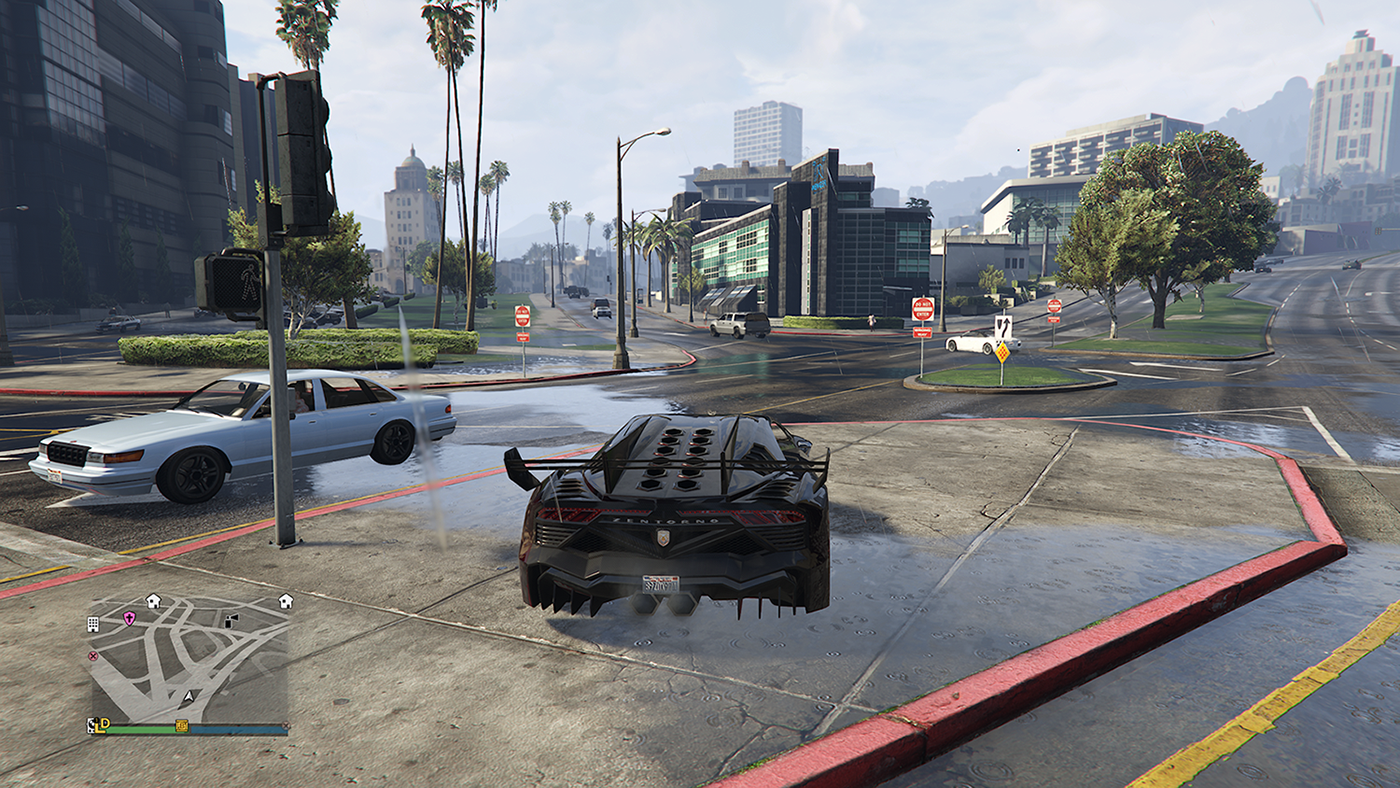 The biggest improvement for this installment of Grand Theft Auto V is obviously in the presentation.  The game now features three new graphics modes that you can choose from depending on if you want to favor performance or graphics. The fidelity mode focuses more on providing a better picture with native 4K and ray tracing at 30fps. If you want to see smoother gameplay you would go for the performance mode which trades out native 4K for an upscale 4K and removes ray tracing, but you move up to 60fps. The third mode, Performance RT, tries to combine the previous two for what I feel is the optimal experience. Play the game at 60fps with upscaled 4K and bring back the ray tracing. Unfortunately this last option is not available on the Series S.

In practice, the PlayStation 5 and Xbox Series X framerates are almost completely unflappable.  In Fidelity it locks at 30fps, with Performance being equally immovable at 60. Performance with ray tracing delivers some excellent visual quality, almost on par with the PC version, but you will pay for it. I’ve seen the framerate hit closer to 45 during scenes with fire and explosions — something not uncommon in GTAV. Thankfully, that’s the exception, not the rule as it most frequently runs at 55fps. If the last few years of patches are any indication, we’ll likely see the framerate continue to improve, making all of the analysis we just did completely moot. 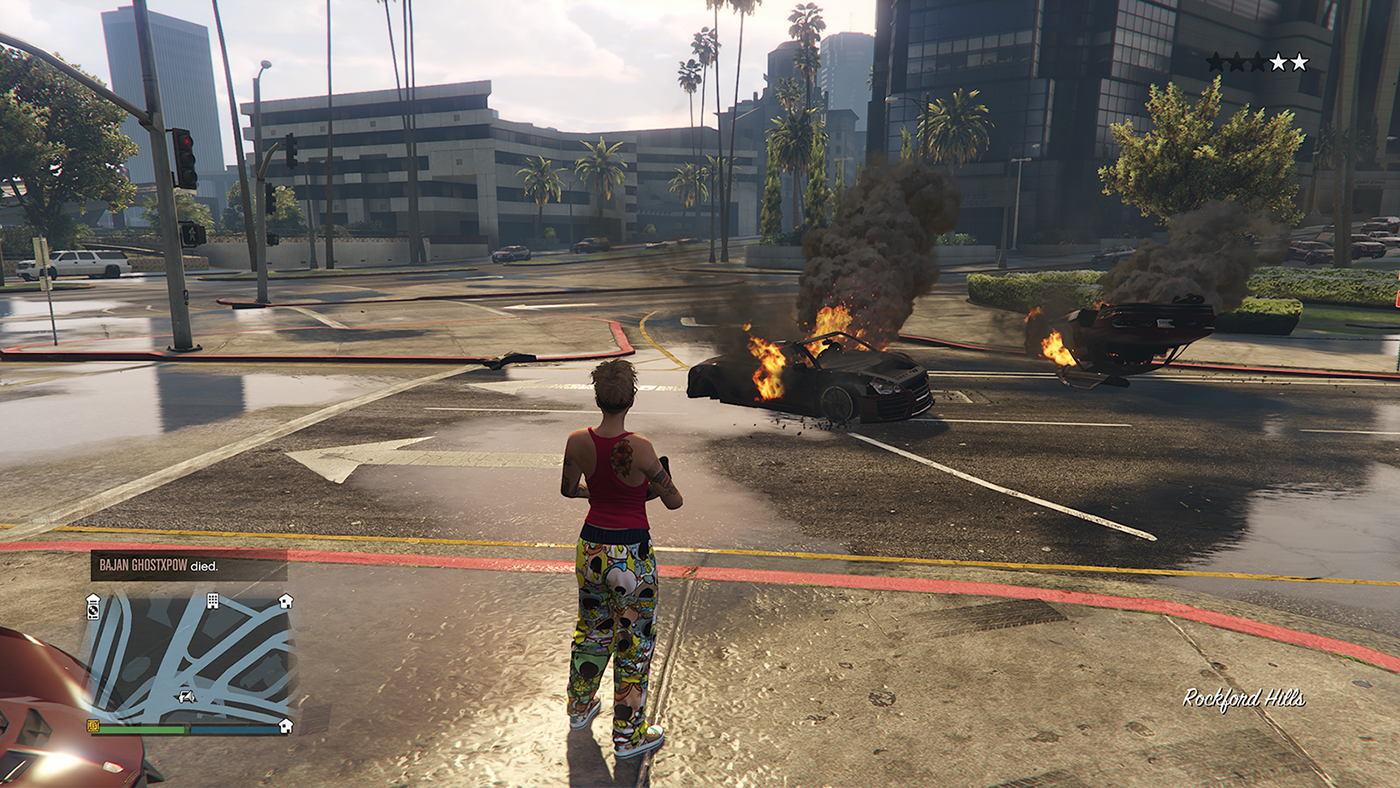 Loading times on the PlayStation 4 and Xbox One can be anywhere between 2 and 4 minutes, with loading sequences being almost non-existent from there. On the PlayStation 5, they are all but eliminated entirely, with the initial boot being 19 seconds. My bleeding-edge PC does it in about 22 seconds, so that’s pretty impressive. The bootup time is very similar on the Xbox Series X. For the most part, loading times seem to be more of a server issue than the game itself. Outside of Grand Theft Auto Online you won’t be likely to see loading sequences as mentioned before, but when you are online and you hop from freemode into stunt racing or any other online modes you will still experience a brief loading sequence while other participants are synchronizing.

There are some visual oddities with the next-gen console versions when benchmarked against the PC version. Some objects in the environment run at a lower framerate than the overall scene, most noticeable with cloth physics. I’m sure this was done to ensure a rock solid framerate. Similarly, draw distances aren’t quite as far, nor as clean as what you’ll see on a computer, with some objects being fairly low-poly at the far edges. Thankfully, unless you are playing them side-by-side, it’s unlikely you’ll ever notice.

On the PlayStation 5, the lights surrounding the touchpad are another feedback mechanism.  During normal gameplay, the light is a red color, but when the cops begin their chase they’ll start to flash red and blue until you escape or are busted. That’s pretty cool, but then they went an odd direction, using the L1 and R1 buttons for acceleration and braking. The haptics on the lower triggers are fantastic for simulating a trigger pull, but couldn’t they at least give us the option of adaptive triggers for driving? 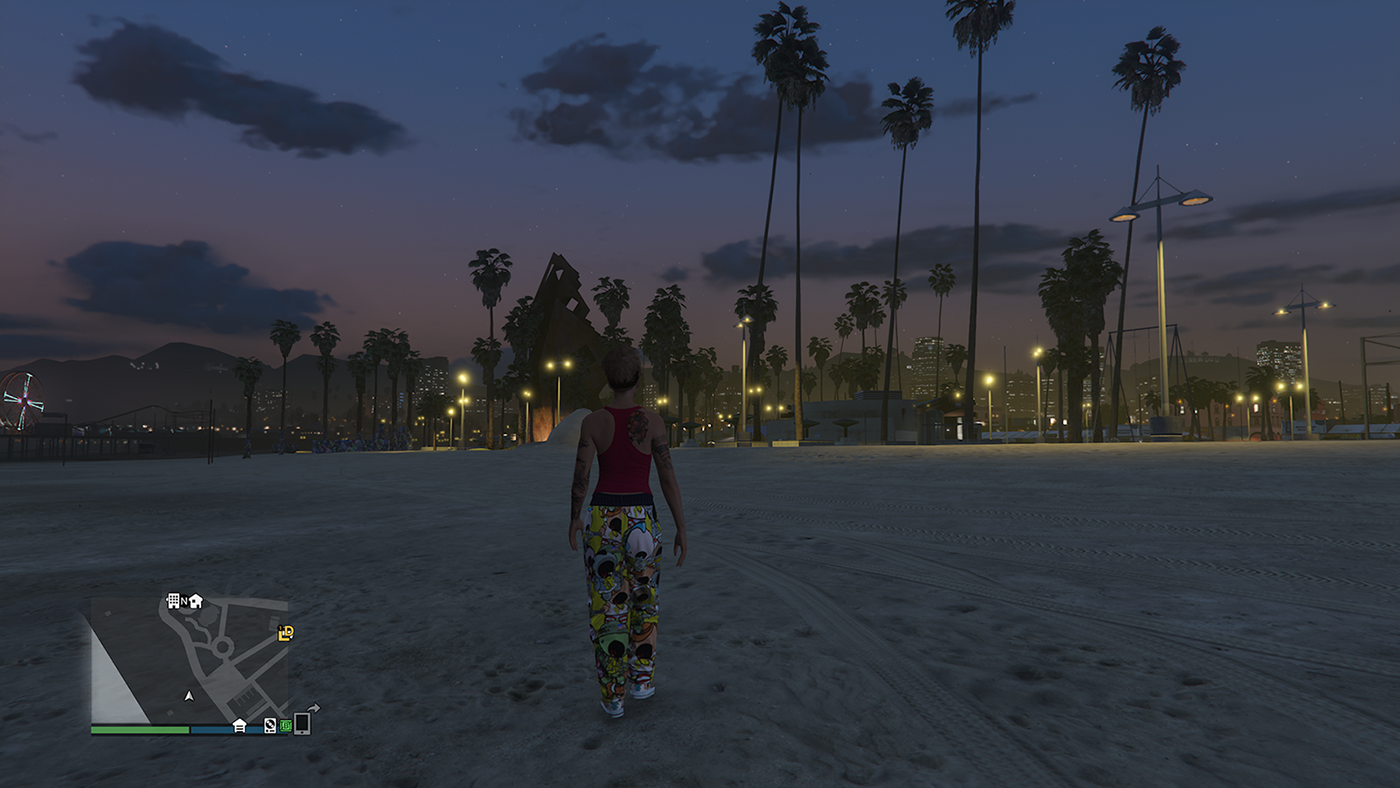 New and returning players will find this update to Grand Theft Auto V much more inviting and easier to jump right into. A new main menu system makes it easier to choose where you want to go with an option to go right into the story or Grand Theft Auto Online. If you choose to go online, you will be presented with a number of options depending on what you want to do during your time in Blaine County. Join freemode if you just want to enter the city and hang out. There are also options to load directly into a heist, races, or other series modes. From the main menu you are also able to see the latest news and updates, including whatever heists are headed our way.

Upon entering Grand Theft Auto Online for the first time you will be sent to a new character creator called Career Builder. Here you will be able to design an all new character, choosing between becoming an executive, gunrunner, nightclub owner, or a biker. You are also presented with $4,000,000 of GTA cash to get your first office or facility, score a new hot ride, and even get some weapons and gear. But, if you are like me and you have already sunk a ton of hours into Grand Theft Auto Online on Xbox One or PlayStation 4, you also have the option of migrating your old character with their facilities, cars, etc. The only thing to be mindful of here is that your GTA cash stays with the platform you originally purchased it on, so your Xbox GTA cash stays on Xbox and your PlayStation GTA cash stays on PlayStation. It is also important to note that once you migrate your character, it will no longer be available on the original platform.

It's somewhat unfair to compare the next-gen console versions to a PC as my video card costs more than both consoles combined. That said, what Rockstar has pulled off here is as close to a PC running at max settings, but with a slightly lower draw distance and less feature-rich anti-aliasing. On the other hand, if you are coming from the PlayStation 4 or the Xbox One, the difference is staggering. Most of the time a next-gen native version of a game is just a higher-resolution minimal-effort wallet hug, but here it's clear that the developers are looking to deliver the best version of their most successful game ever, ahead of finally getting another proper installment in the series.