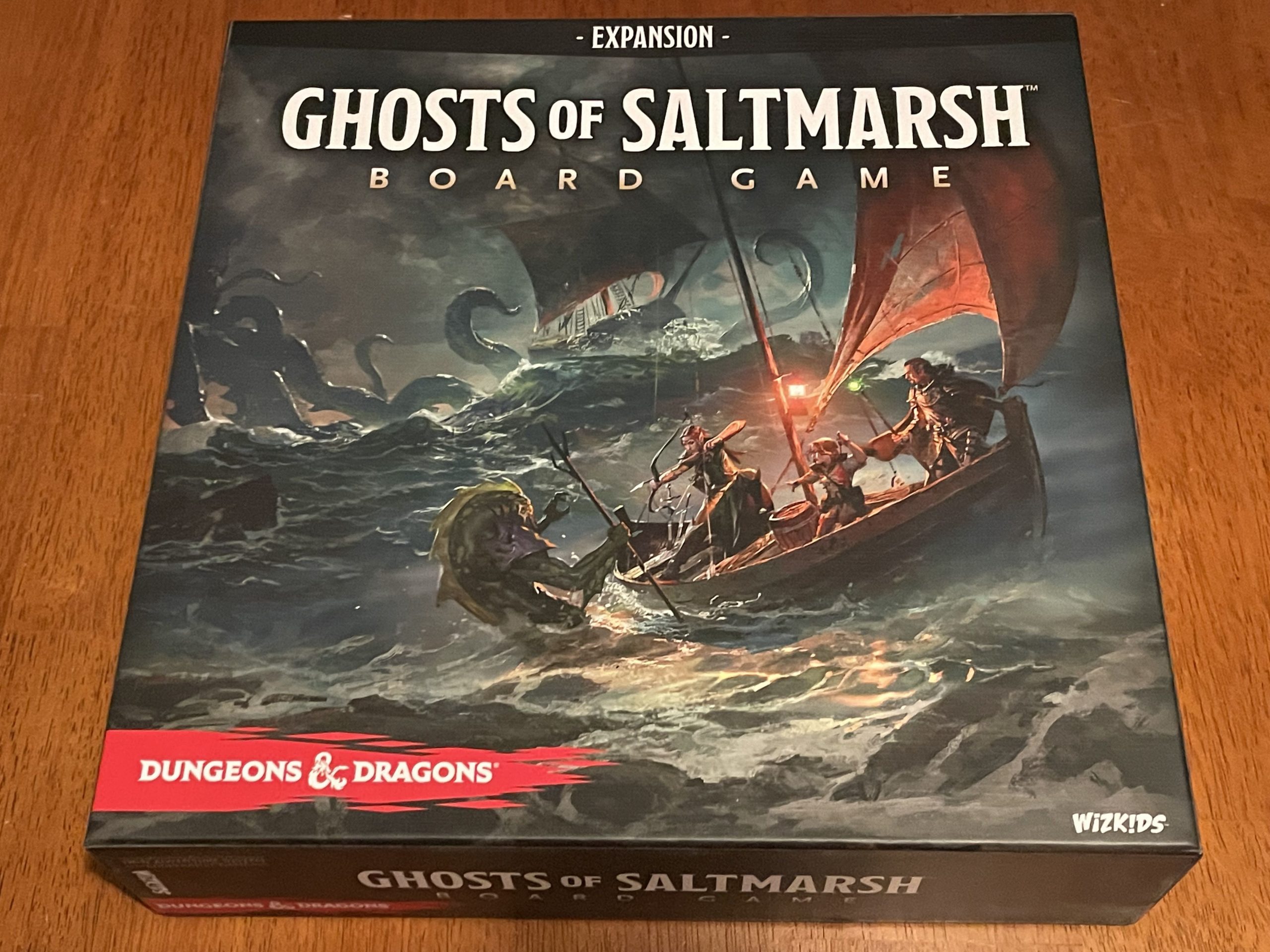 I’ve enjoyed the D&D Adventure Series games since the original Castle Ravenloft came out. They provide a campaign experience in a box without having to have one person play as the DM. The included characters provide a balanced party. Map tiles create the dungeon one piece at a time. Monsters represented by plastic miniatures are controlled by a simple AI. All aspects of each D&D Adventure Series game is compatible with all of the other sets, so part of me wondered when we might see an expansion containing a new campaign with new monsters. The Ghosts of Saltmarsh Board Game isn’t exactly what I envisioned, but it is the first expansion in the series. Is an expansion like this all it’s cracked up to be though?

Ghosts of Saltmarsh comes with tiles, tokens, a few figures, an adventure book, and rulebook. The rulebook highlights rules specific for Ghosts of Saltmarsh and changes that have been put in place since the first game. WizKids wants to be sure that this expansion is compatible with all of the base games. Rules like the tile stack, advancing to the next level, and town actions between adventures are all given clarification. 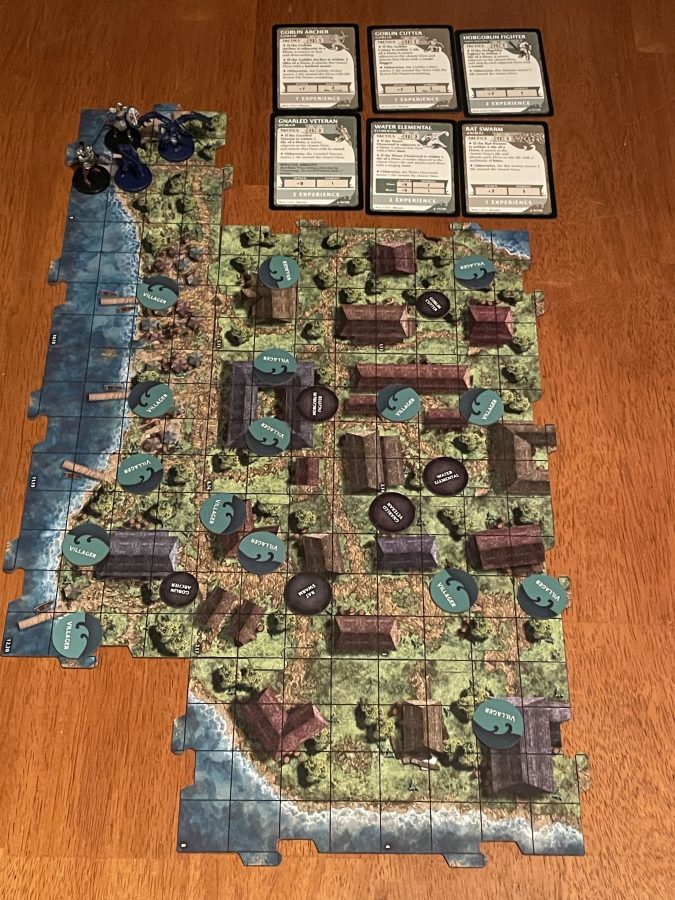 One of the biggest differences with Ghosts of Saltmarsh is the fact that about half of the adventures won’t actually use the same rules as building the dungeon a tile at a time. The tiles provided represent the village of Saltmarsh and takes place on a fixed map, providing a new challenge. For instance, the monster spawning rules are different for these adventures, but it lacks the sense of exploration. The behavior of the monsters isn’t as straightforward as just reading the monster card though, making it feel a little clunky.

I was surprised to find a lack of new enemies in this expansion. Only eight new monsters specific for the adventure are included. These Sahugin all have an amphibian look to them. All the figures have great sculpts and feel unique to the setting. However, so few figures are included that tokens for them will be needed as well. 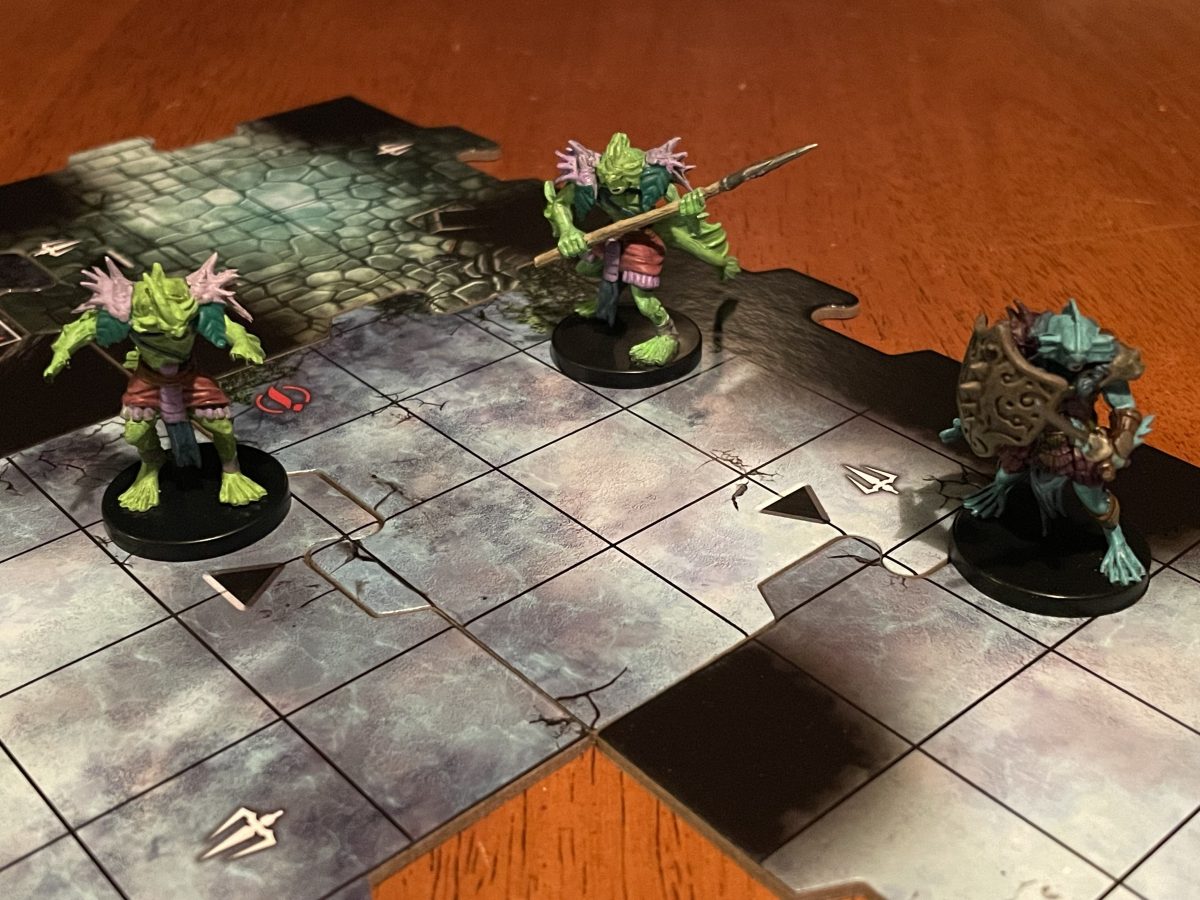 When looking at the box for Ghosts of Saltmarsh you see a conflict happening on a boat. Unfortunately, this experience isn’t used in the game. I thought that this would have been a unique setting with waves of enemies climbing over the sides, in the confined space of the boat.

The back of the adventure book lists which monsters from each base game are used. If a monster from a base game you don’t have is used, a token is provided. Unfortunately, I found the text on the tokens to be small, making them difficult to read on the map. The game just doesn’t feel as alive with tokens on the board. Gloomhaven gets around this by using cardboard standees, and I’d like to see something similar if new expansions for the D&D Adventure Series come out. 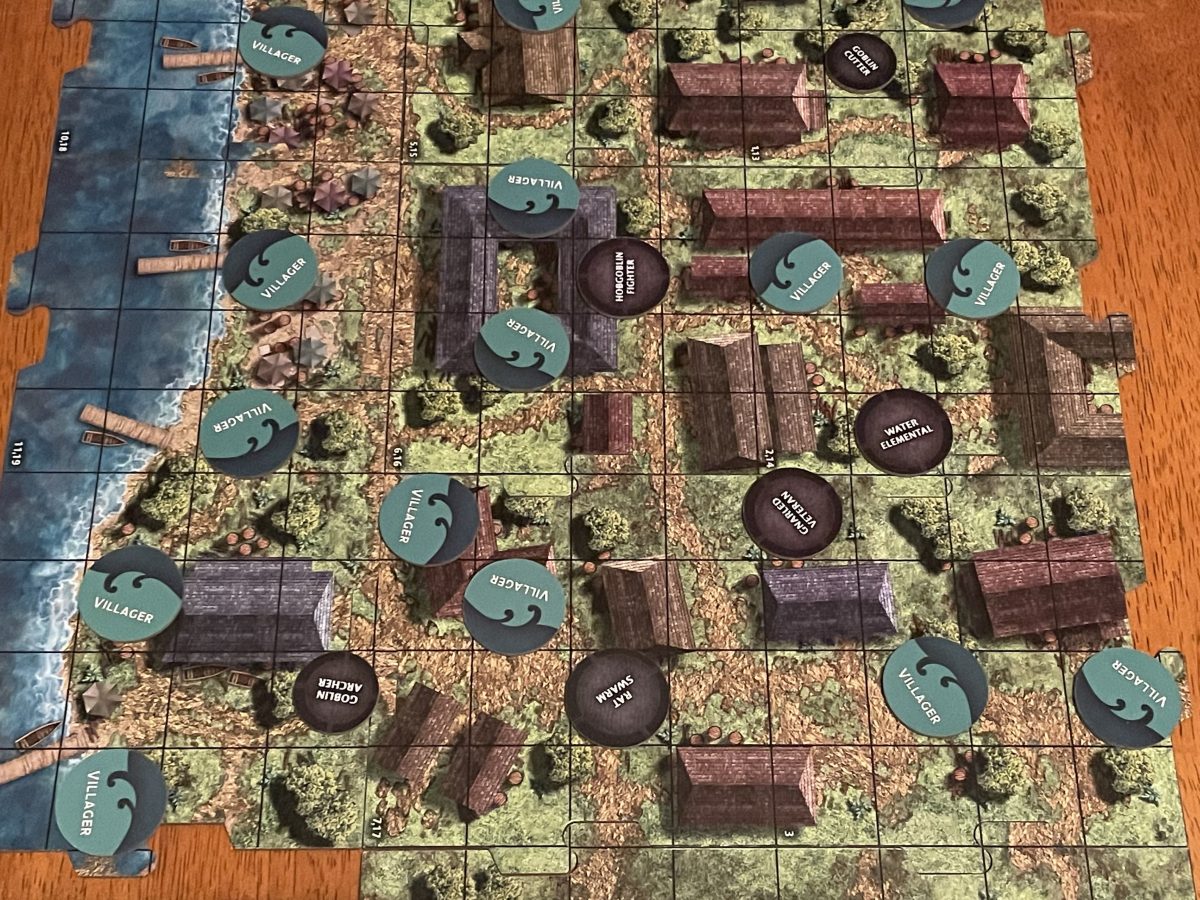 Because the first couple of adventures play very differently due to the mechanics used in Saltmarsh, the difficulty feels higher. I believe that it’s also possible to create a party that is unbalanced, making the trek through Saltmarsh even more difficult. That’s not different from taking characters from other base games and mixing them with the provided characters in the full base game, but at least the base game gives some direction for the party. I would have liked to see some suggestions of charters to use in your party together, maybe even parties with a magic or melee combat focus.

I'm the type of person that likes to keep my games together and not mix them together unless I have a separate official box to hold everything. When I get a D&D Adventure Series box, I know that everything I need is in that box. While I am able to mix in other parts, synergies can be found between the characters provided in that single box. If I revisit the Ghosts of Saltmarsh campaign, I'll definitely put the monster figures into their own storage solution so they are easily accessible. If you already have separate storage for the characters and monsters in the series you already have, then getting this expansion is a no brainer. I like the concept of this expansion, but there were a few steps that could have made it better. I really do appreciate the work they've done to make this expansion compatible with one or all of the other games in the series. If you aren't a fan of the D&D Adventure Series already, this won't change your mind. However, you'll definitely want to consider your organization and what items you expect in an expansion before visiting Saltmarsh.

While not working as a Database Administrator, Keith Schleicher has been associated with Gaming Trend since 2003. While his love of video games started with the Telestar Alpha (a pong console with four different games), he trule started playing video games when he received the ill-fated TI-99/4A. While the Speech Synthesizer seemed to be the height of gaming, eventually a 286 AT computer running at 8/12 Hz and a CGA monitor would be his outlet for a while. Eventually he’d graduate to 386, 486, Pentium, and Athlon systems, building some of those systems while doing some hardware reviews and attending Comdex. With the release of the Dreamcast that started his conversion to the console world. Since then he has acquired an NES, SNES, PS2, PS3, PSP, GBA-SP, DS, Xbox, Xbox 360, Xbox One S, Gamecube, Wii, Switch, and Oculus Quest 2. While not playing video games he enjoys bowling, reading, playing board games, listening to music, and watching movies and TV. He originally hails from Wisconsin but is now living in Michigan with his wife and sons.
Related Articles: Ghosts of Saltmarsh, Tabletop
Share
Tweet
Share
Submit