With so many good fighting games coming out recently, it’s easy to forget about the classics. Of course everyone knows Street Fighter, but what about Fatal Fury, King of Fighters, and my personal favorite Darkstalkers? Capcom and SNK’s rivalry over the arcades is personified in the SNK Vs. Capcom games, which sadly hasn’t seen an entry since 2006. So, let’s take a trip back to 1999 and check out SNK Vs. Capcom: Match of the Millennium for the Neo Geo Pocket Color, re-released for Nintendo Switch.

As the title suggests, you can choose from various SNK and Capcom fighters to duke it out, however there are a surprising variety of modes and playstyles on offer here. You can choose to play as a single character, a tag-team of two, or a gang of three, swapping out by holding back and pressing A and B simultaneously. On top of that, you also have to choose from one of three styles: Average (which is just as it says on the tin), Power (for powerful attacks), and Rush (to chain quick combos). Given how unresponsive the last Neo Geo Pocket game I reviewed was, I stuck with Rush style, which I found felt more modern than the other styles in terms of controls. In matches, you have four types of moves: A for punches, and B for kicks, and you can hold these buttons for the heavy variations of each. It’s an interesting solution to the lack of buttons on a Neo Geo Pocket, but it doesn’t really work since I often found my character performing heavy attacks when I was trying to poke my foe with mashed light punches. The controls are kind of the sticking point here. It’s ambitious to fight using the complex controls and inputs of fighting games on a system with limited buttons, but the game takes on more than it can handle here, especially with the complex inputs required for special moves that rarely work. 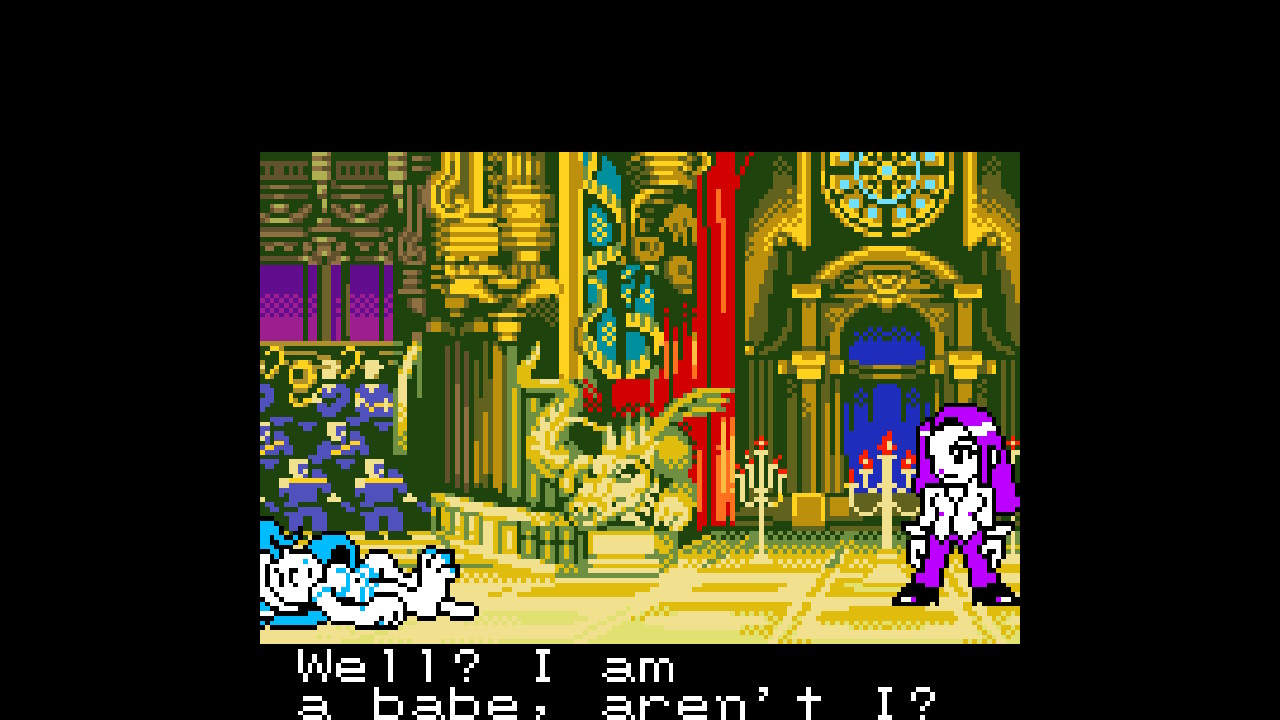 Even with those issues though, I found myself largely enjoying the game. It’s good for a casual fighter, spamming buttons is the order of the day here, but those looking for a more serious, competitive experience should look elsewhere. This is emphasised by the various minigames in Olympic mode, where you choose a side between SNK and Capcom to compete in events. Some of these, like Survival, Time Attack, and First Blast feature the standard gameplay with a bit of a twist. Survival has you face up to 100 opponents in a row and First Blast is a one hit KO mode, for example. There’s also Ghost Trick, where you play as Arthur from Ghosts and Goblins in a pseudo-platformer to get a high score, and Cat Walk, a DDR esque minigame featuring Felicia. Much like the main modes, such as the story focused Tourney and training mode Sparring, these are fun distractions that don’t have much depth. It’s sort of a high score mode, so you’re competing against yourself if anything. They’re good enough for what they are and certainly worth checking out.

The Switch release itself is surprisingly robust, containing the entire, full color manual for the game as well as a rewind feature for convenience. Having not played the original, or even owning a Neo Geo Pocket Color, I can’t compare the emulation here but it seems pretty accurate, warts and all like the butchered tunes from the characters’ original games. For real, the sound chip here produces some horrible, shrill sounds trying to mimic tracks like Guile’s Theme and I usually chose to play the game on mute, it’s that bad. While I prefer to not have borders in games like this, you can choose from a variety of wallpapers to fill in the gaps like images of the NGPC itself. It’s a nice package with just enough fluff from the original to feel like you’re not missing out compared to owning a complete copy.

SNK Vs. Capcom: Match of the Millennium

SNK Vs. Capcom: Match of the Millennium is a decent, casual style fighting game from the previous century. It has tons of characters and modes to keep you interested for a short time, but don’t expect any depth whatsoever here.

David is the kind of person to wear his heart on his sleeve. He can find positives in anything, like this is a person who loved Star Fox Zero to death. You’ll see him playing all kinds of games: AAAs, Indies, game jam games, games of all genres, and writing about them! Here. On this website. When not writing or playing games, you can find David making music, games, or enjoying a good book. David’s favorite games include NieR: Automata, Mother 3, and Gravity Rush.
Related Articles: SNK Vs. Capcom: Match of the Millennium
Share
Tweet
Share
Submit