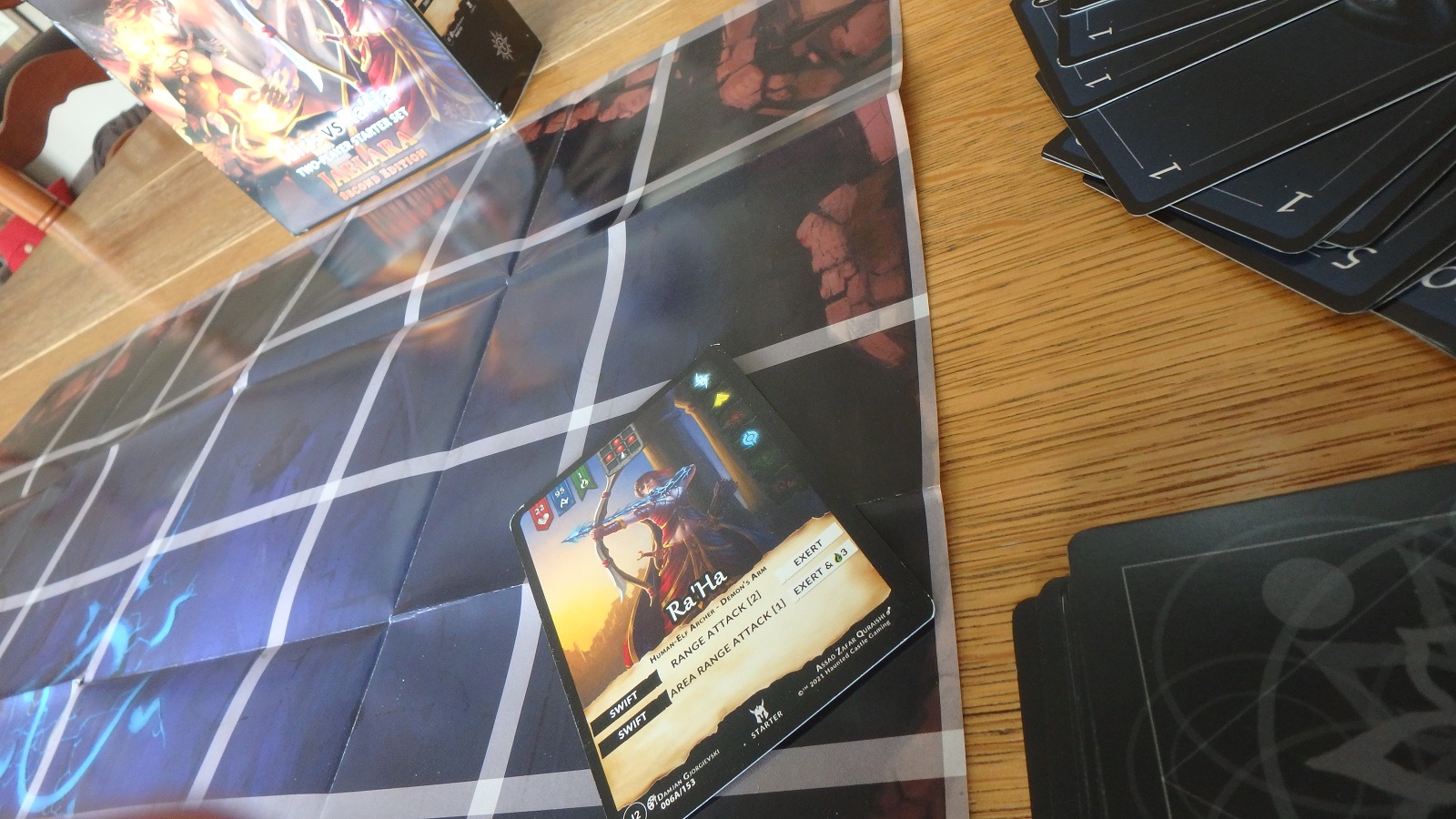 A little over two years ago, my favorite card game ever died. Oversimplified by one of my friends as “Hearthstone on a grid,” Duelyst’s servers were shut down, and its unique level of tactical combat was gone from my life. I tried to scratch the itch with Plaid Hat’s Summoner Wars, but the system of building walls and summoning units orthogonally adjacent to them felt like a slog in comparison to Duelyst’s much more dynamic system of running your character around the map, putting them in harm’s way if need be, to get your minions right where you needed them to be. Playing the starter set, I felt immediately at home. Haunted Castle has taken another approach to resources, as you’ll have everything right from the word go, apart from the cards you’ll draw over the course of the game. Duelyst used Hearthstone’s slowly expanding mana pool, but in  Genesis, the only thing keeping you from dumping your hand on the first turn is the need to keep your options open. While I could definitely tell that these were beginner decks for dipping your toes in the waters of Genesis, with some rough edges I was already wanting to smooth over with some proper deck building, but suffice to say. I’ve had enough to tell you that I’m interested.

The mechanics are here for the tight tactical TCG that I’ve been missing,  I’m ready to just get the rest of the way into the pool and do some laps.

This box unquestionably succeeds in what it sets out to do: give a player or two that may be intrigued by Genesis a taste of its gameplay to see if they want to delve deeper into the game proper. I know I do, now.

Nick grew up reading fantasy novels and board game rules for fun, so he accepted he was a dork at an early age. When he's not busy researching the intricacies of a hobby he'll never pick up, Nick can be caught attempting to either cook or befriend local crows.
Related Articles: Genesis: Battle of Champions, Tabletop
Share
Tweet
Share
Submit