Marvel’s Avengers released on several platforms on September 4th, including Google Stadia. While we already have a review of the game on PC, how does the game play on a streaming platform? To find out, editors Elisha Deogracias and David Flynn put the game through its streaming paces.

I played on my laptop and my desktop, mostly single player in my time with the game, and it, for the most part, felt like the game was running well on my laptop. The “for the most part” is key here – when Stadia works, it works amazingly well with no perceptible input lag and only a little bit of visual blurriness from streaming the game. When it doesn’t work… well it’s essentially unplayable. It’s a bit unpredictable when and under what circumstances it decides to magically work. On my desktop, far away from the home router, it’s worked perfectly once or twice, and it’s been a laggy mess other times. On the opposite end of the spectrum, playing on my laptop right next to the router makes it work often, but there have been a few times where I still get an inscrutable image, stuttering, and input lag. When I first started playing, the audio would frequently desync from what was happening on screen, especially during cutscenes. This happened less and less as I progressed through the game, so maybe it’s been patched. 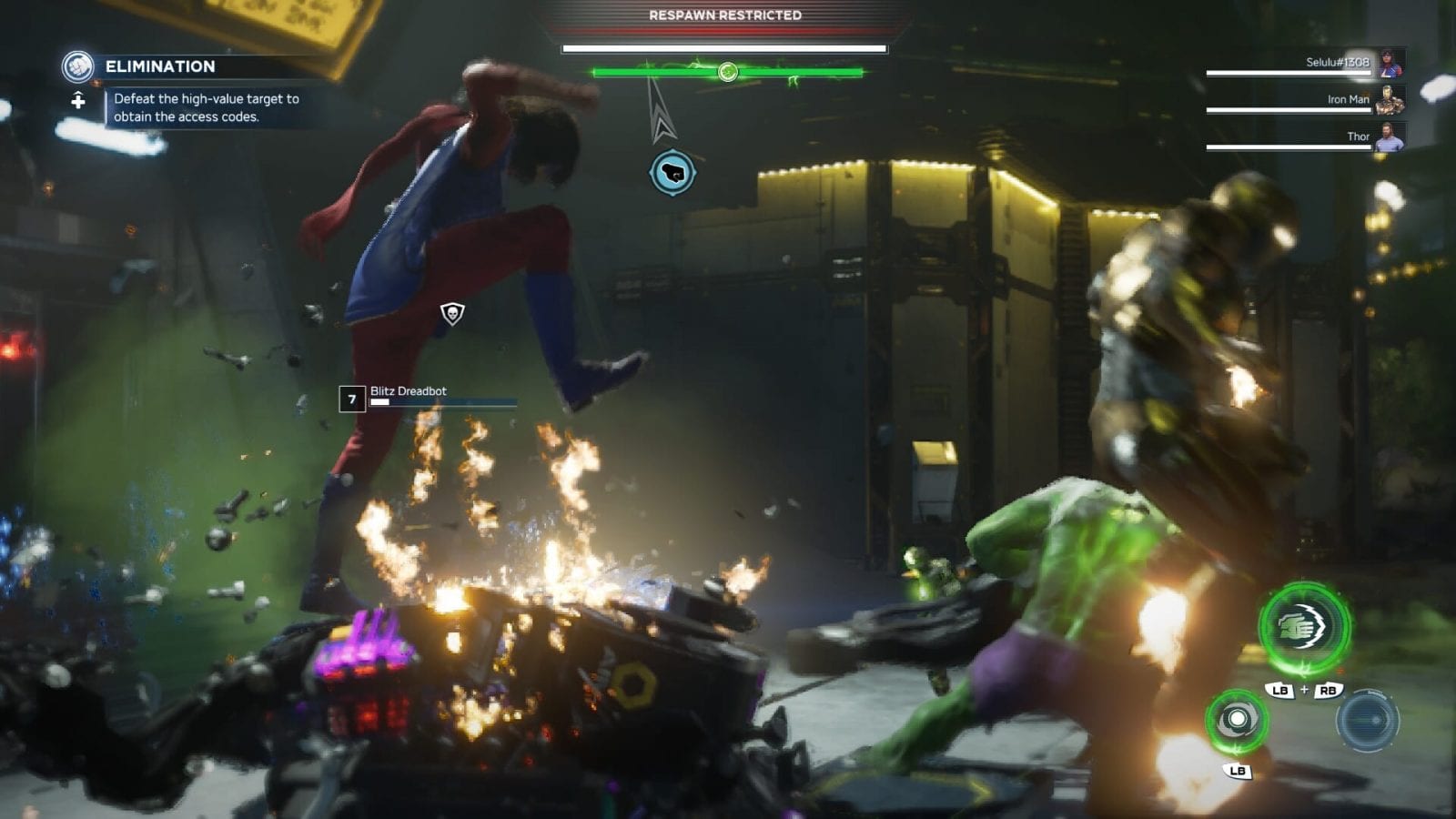 Speaking of patches, that’s what’s incredibly convenient about playing a game like this on Stadia: no need to update- ever. I’m already going to be playing this online mostly after finishing the campaign, so it’s nice to not have to worry about making sure my game is up to date and the console has a stable internet connection before playing (which is a big problem in my house), I’m just going to hop on and have fun.

The biggest problem with this version of the game is the amount of people playing on Stadia – it’s very, very small. After waiting for about 5 minutes before starting each multiplayer mission, I was lucky if I even got one person to join, and luckier still if the matchmaking didn’t then glitch out on us and the mission wouldn’t start. Currently, there’s no cross platform – even with the PC version, which would instantly fix this problem. I never had a single match that filled up all four slots with players, and while the AI is fairly competent, at times there’s just no replicating the fun of actually playing with other people. When Elisha and I actually sat down to play together (after figuring out Stadia’s weird friend invite system), it was some of the most fun I’ve had with the game. When it works, the Stadia version is about on par with other platforms, but the small install base has me wanting to switch over to PC or PS4. 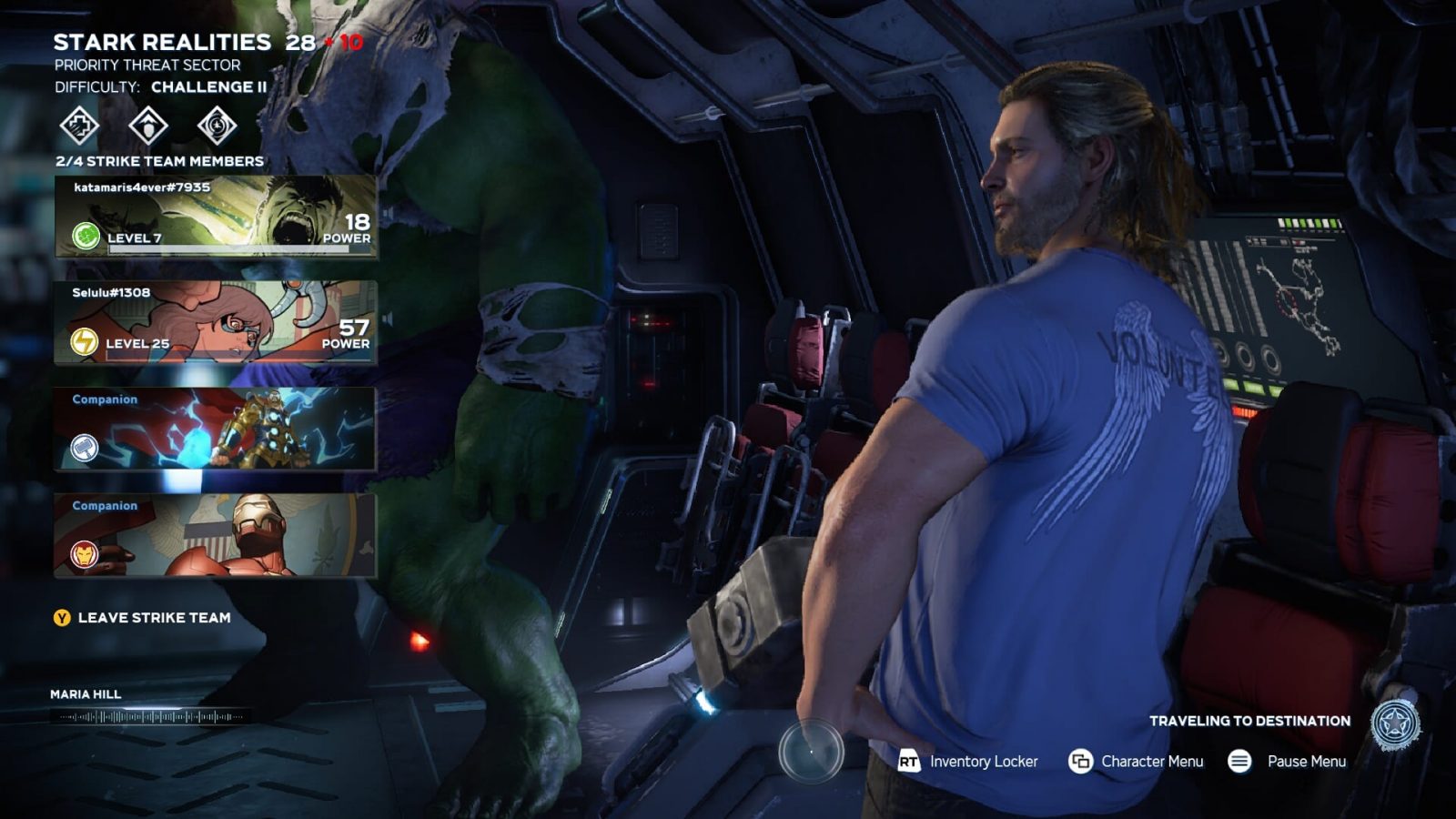 Like David said, the biggest issue with multiplayer games on Stadia is the install base. Thankfully, post-launch, there’s always at least someone willing to play with you with random matchmaking. So much so that I accidentally went in a random strike team (this game’s multiplayer session room) with another user while waiting for David’s invite. It was also rather simple to link up with them when testing out a multiplayer session, with Iron Man and Thor bots filling the spots with my Hulk and their Ms. Marvel. (Oddly enough, I think I had a different multiplayer experience than David did, but it might’ve been due to timing.)

To test the waters, we tried out a few of the introductory missions that were offered from the Avengers Initiative mode. The same limitations and slate of missions from other versions are here, so instead I’ll say that even with those criticisms, nevertheless the core Avengers experience remains intact and addictively entertaining. While it can sometimes feel a bit dry playing repetitive missions in single-player, the game feels exponentially more fun with a friend (or three). This rang especially true when I selected a mission with my personal power level being a bit under the requirements (you can’t pick missions where your power level is drastically lower, however). I kept getting one-shotted, but David carried me to victory thanks to their comparatively souped-up character. Let’s just say Hulk is pretty squishy at level 5. 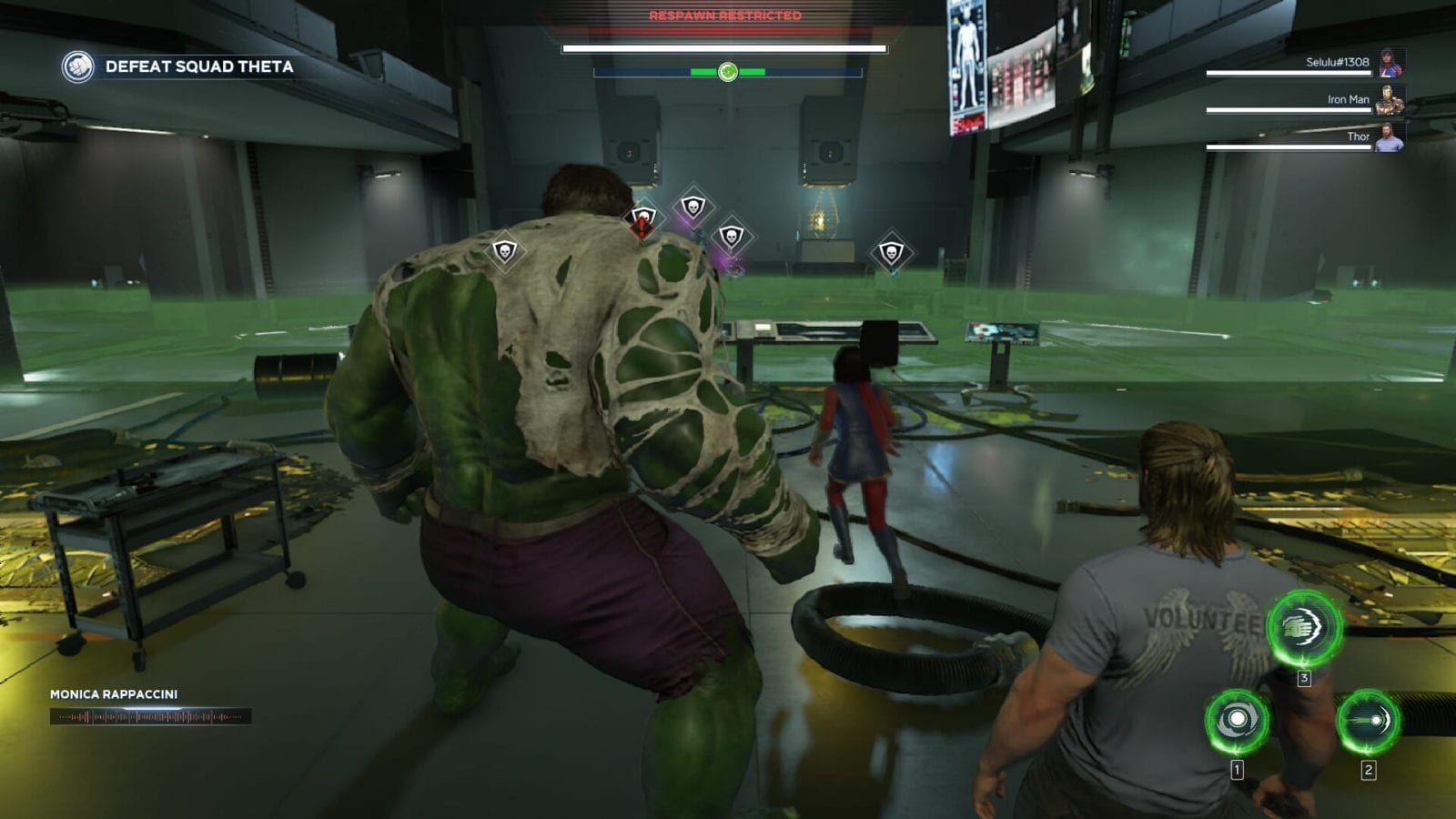 I use Stadia on my not-so-beefy laptop, but my experience with playing games on it is quite remarkable. I would say that this version, even on an underpowered laptop, can consistently give the same experience as a base PS4 or Xbox One, and while the screenshots might not do the game justice, it was a pleasant time playing single-player and multiplayer. That said, I did run into some of the more amusing bugs that Ron… enjoyed during his review, with Thor randomly popping in and out of sight during battle and some enemies not getting hit.
Framerates weren’t that much of an issue, though I did experience more latency issues compared to something like, say, Super Bomberman R Online. There were quite a few times when the whole engine would lag trying to find my internet connection, which did get me hit here and there. Additionally, I did experience some graphical hiccups when in the heat of battle, and the whole thing felt blurrier if there were a bunch of enemies fighting with all four heroes together. While it’s not a dealbreaker, it can make for a few frustrating multiplayer sessions, especially on harder missions when teamwork is imperative to success. (Trust me, I tried doing the whole Leroy Jenkins routine and failed miserably.)

All in all, Avengers on Stadia is a surprisingly functional version of the game. While there are some issues of the game that remain consistent from platform to platform (with a few additional ones due to the Stadia infrastructure), it’s still a great way to assemble your friends for a good time. If you don’t have a PS4 or Xbox One right now (or have an underpowered PC), you can’t go wrong with this version.