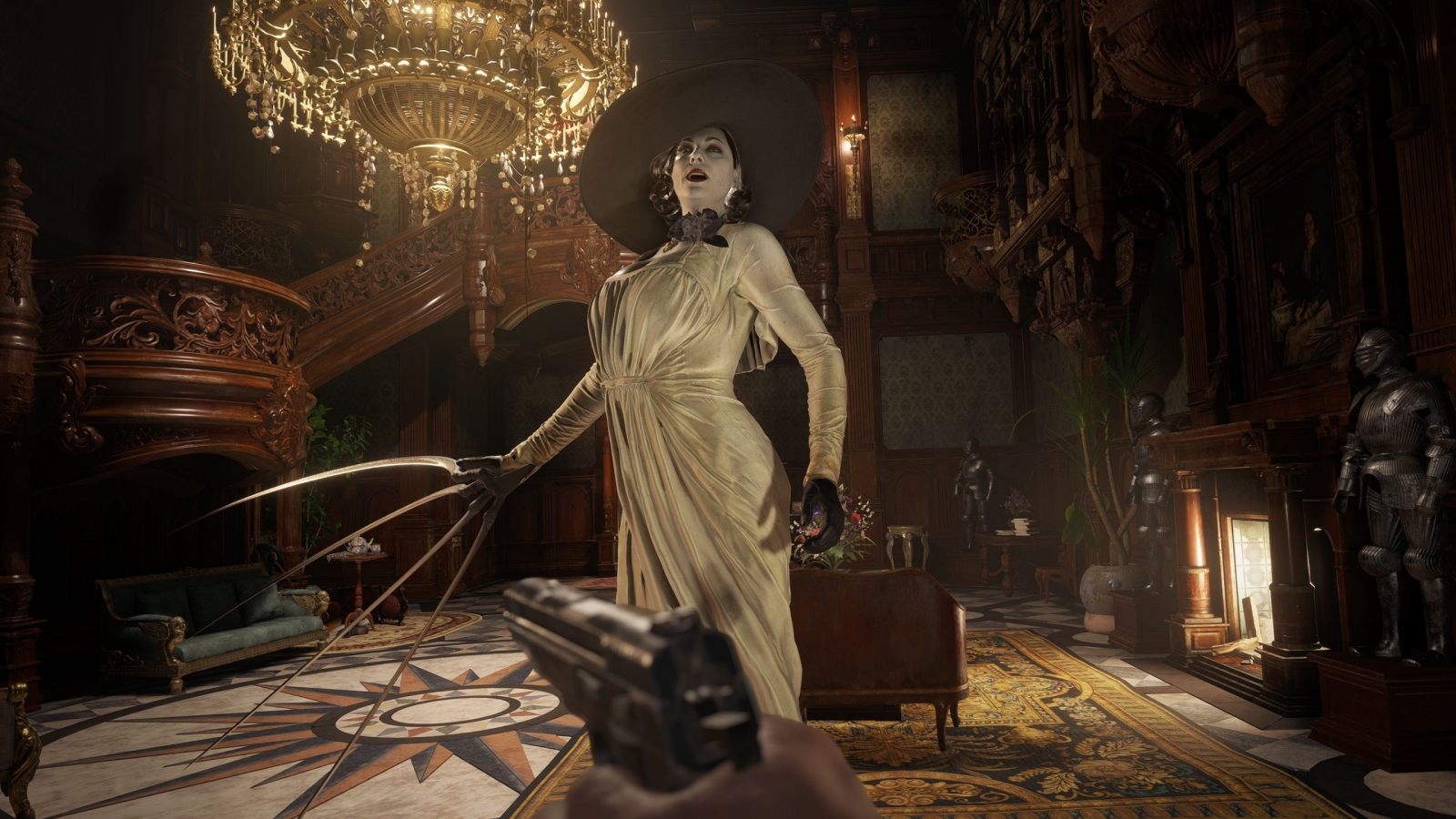 It still blows my mind that I can log into an app and immediately start playing some of the biggest video games on release day. I mean, there’s no hassle, you just click a few prompts and you’re in! Gaming has truly come a long way in the nearly fifteen years I’ve been a part of the industry, and Google Stadia is certainly not the meme everyone says it is. That being said, I’ve gotten some time with Resident Evil Village on Stadia, and while there are benefits to playing there, I’m not sure the trade-offs are worth it.

While this review discusses Resident Evil Village, we’re mostly focused on the game’s performance on Google Stadia. Our editor Richard Allen did an excellent job talking about the game itself in his review right here, and as you will see we liked it a whole lot. No matter what platform you want to try Village on, you’re bound to have an amazing time with this new iteration of the classic horror game series.

First off let’s start with booting in. Resident Evil Village weighs in at 29.4gb on the PS4, 27.4gb on PS5, 27.11gb on Xbox, and can require up to 50gb to install. That’s not even counting the day one updates, although it came in at a miniscule 500mb. In the end, unless you preload, you’re not playing Resident Evil Village right away, and it’s best to start your install and walk away. With Stadia on the other hand (this seems like a slight to Ethan Winters), I came downstairs to my computer, stretched, and clicked play. Within seconds Resident Evil Village was loading up for me to jump right in, and it’s truly astounding how well it works. My only other experience with Stadia has been the exclusive demo for Immortals Fenyx Rising, and that one worked swimmingly, but you never know how well a full release will handle.

Now that’s all well and good, but just booting up Resident Evil Village isn’t enough on its own; it needs to play well. Village is an interesting case because, while it is a slower paced game (relying a bit less on quick twitch reflexes), there are still going to be moments where good performance is required. A werewolf could jump out of nowhere, a button press to pick up ammo could save your life, and so on and so forth. Luckily, Stadia handles the controls with aplomb for the most part. There were some issues with precision (which I honestly blame on my Call Of Duty self trying to pick up things too quickly), but largely my movements were decently one to one. There are moments where I could sense a bit of input delay, and if you don’t like that you probably should avoid Stadia altogether, especially if you don’t have a good internet connection. Besides this however, I don’t think it drags down the experience. 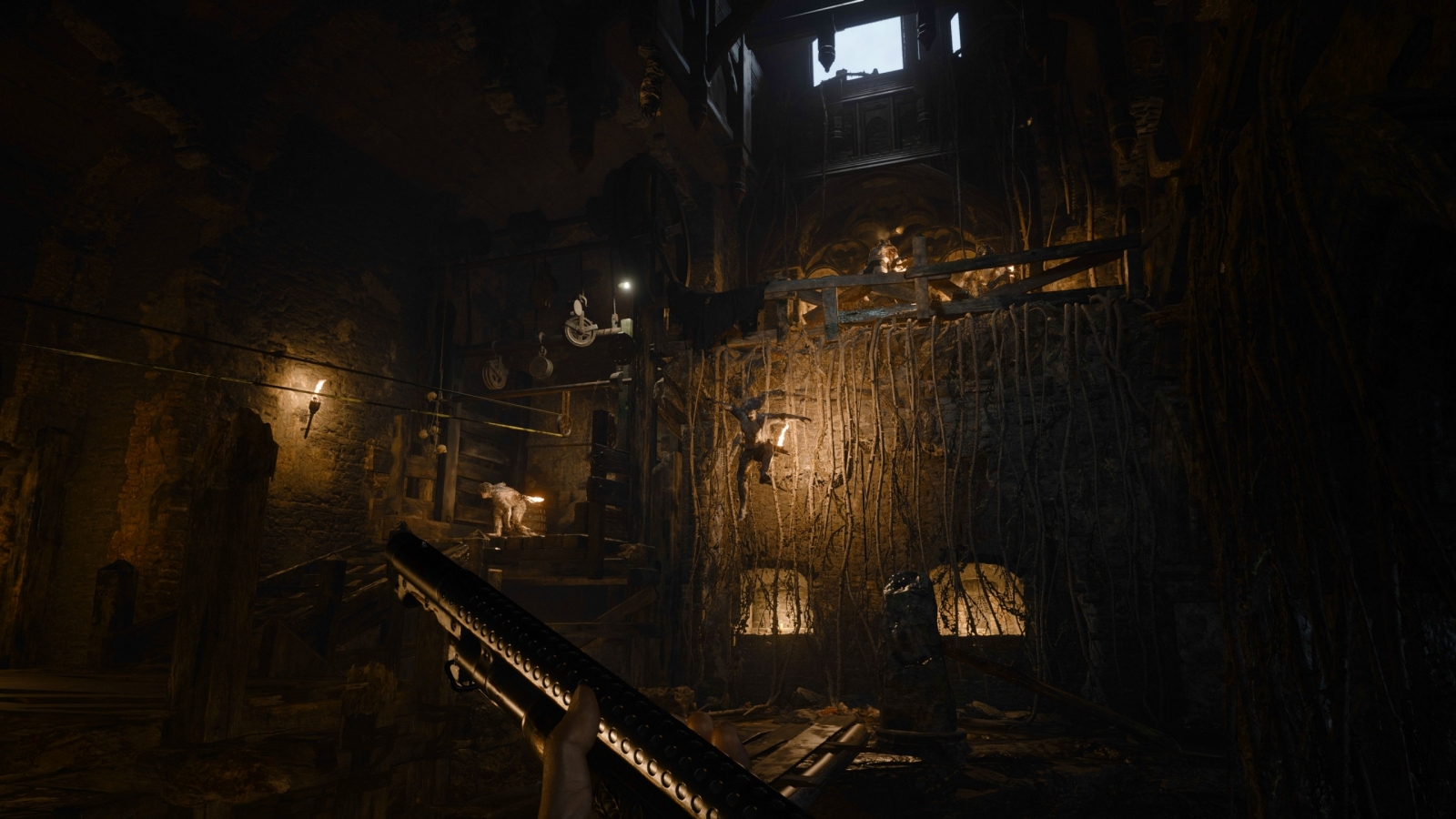 What can make the experience a bit underwhelming lies in the output of the game through Stadia. I don’t expect 4K (which is a benefit of having a Stadio Pro membership), especially with how taxing it can be on an internet connection, but I felt like the 1080p I was getting was on the lower end of the spectrum. In the very first scene where we find Mia with Rose on the couch, the outer strands of Mia’s hair don’t really come into focus. That’s going to sound extremely nitpicky, but it is an example that tends to extend to the rest of the game. There are many moments where the resolution isn’t as strong, and once again, if you’re a stickler for peak performance you probably shouldn’t be relying on your internet connection for the best unless you’re running some pretty beastly numbers. I myself run 100mb download and 10mb upload, and while I know it’s not as good as others I fall under what Google considers “able to run up to 4K”.

I don’t have a 4K monitor, so I hoped that maybe that might help the frame rate to run higher (at 1080p), but inconsistencies continued to dog me. As the game is running through a browser I haven’t been able to test the frame rate, and I’m not always the best when it comes to the eyeball test, especially with something that isn’t a fast-paced action game. With this in mind, Resident Evil Village felt like Ethan was walking in much higher snow than what surrounded the village as I trudged around. Capcom advertises both 4K/60fps and 1080p/60fps, but the frame rate for Village seems quite inconsistent. I noticed it predominantly when I would move the camera at times (usually too quickly), with that unfortunate choppiness that makes you feel like the game itself isn’t running right. As you can see in our side by side comparisons, my counterpart didn’t really run into any of that, with the game running buttery smooth on his PS5. I’ll go ahead and say it as well, I’m a scaredy cat, so that would be why the brightness seems so high on the Stadia clips. 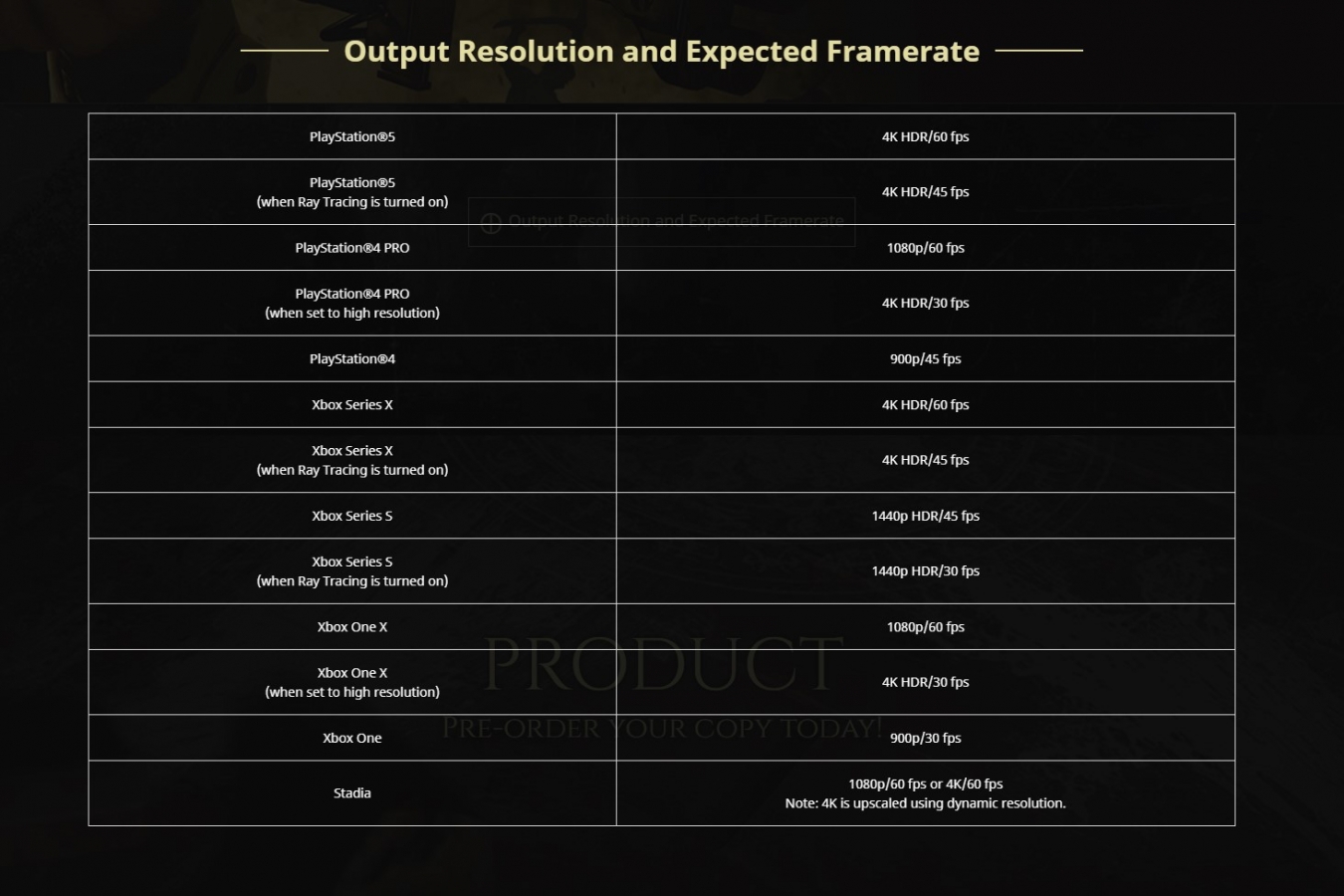 Lastly, I just want to touch on the portability factor that lies in Stadia. It would be a pain to take my PS5, Xbox Series X or PC everywhere I go; they’re large and it’s just not feasible. With Google Stadia however, I can play wherever I want, picking up right where I left off. What’s more funny is that the resolution and frame rate issues disappear quite a bit when I play on my phone, and even though it may not be as nice as my computer monitor it still shows how phenomenal it is to be able to simply click a button and play a game. I do suggest having a controller handy to sync with your phone or tablet however, as the touch controls are as atrocious as most touch controls are. Also, don’t play on anything less than a 5G or Wifi connection, or Ethan may lose a few limbs in the process of catching you up to where he is. The good news with portability is you can play Resident Evil Village on the toilet, because this game can make you crap yourself and it’s nice to not have to change underwear.

All and all, Resident Evil Village is more than playable on Google Stadia, even with the drawbacks. When your experience is dependent on internet connection speeds, you can’t really complain about not getting every bell and whistle a console loaded with your game would have. Village is both convenient and competent on Stadia, and while yes, the frame rate and resolution drops can be disappointing, playing on the go is a nice benefit, even if I’m not sure it’s a worthy compromise.

David Burdette is a gamer/writer/content creator from TN and Lead Editor for Gaming Trend. He loves Playstation, Star Wars, Marvel, and many other fandoms. He also plays way too much Call Of Duty. You can chat with him on Twitter @SplitEnd89.
Related Articles: Resident Evil Village
Share
Tweet
Share
Submit