After about a month of waiting to open the thing, I’ve finally made my transition to the next generation with a PlayStation 5. While I’ve spent some time messing around in Bugsnax and a few of the PlayStation 4 games I’ve owned digitally, I’m still waiting to get some of the big experiences coming out in the next few months for the console. That said, I got to tinker around with Astro’s Playroom, which is a near-perfect launch title and pack-in, and highlights the features of the DualSense controller excellently. 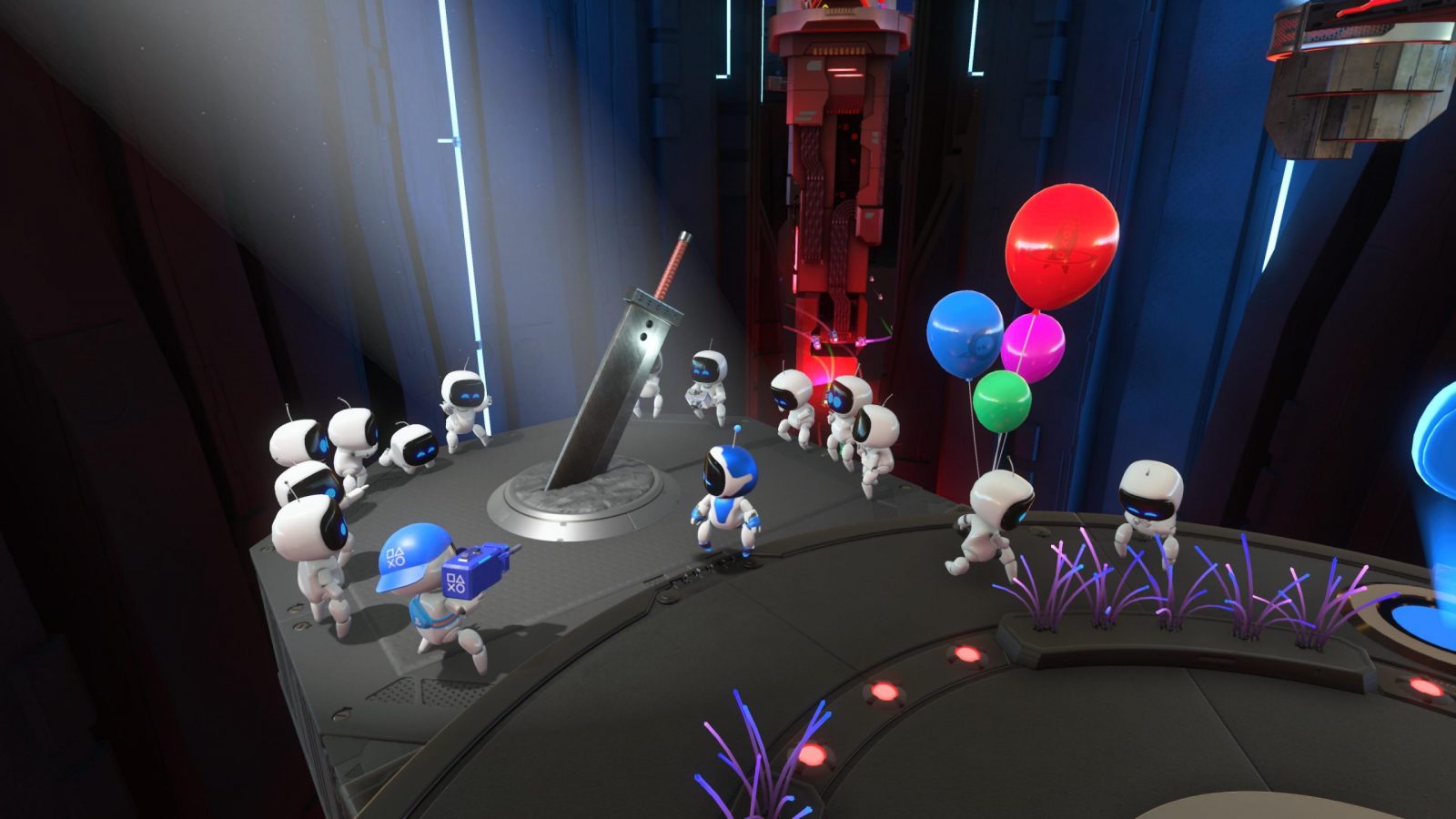 While it’s mechanically like the previous DualShock 4, the DualSense controller is a remarkably different experience with adaptive triggers, haptics, and included microphone support implemented into the accessory. As such, it might take a while to get used to everything the controller has to offer and luckily, Astro’s Playroom goes to bat here. From the beginning, you’re introduced to the layout and basic controls as you control Astro (from Astro Bot Rescue Mission) inside a PlayStation 5.

With four worlds to explore inside the CPU Plaza, you’ll be able to see the innards of the console as you jump and punch your way around the different areas. From the frigid ice world of the Cooling Springs to the tropical climate of the GPU Jungle, each world is remarkably detailed in a cutesy cartoon aesthetic that matches Astro’s debut game. Each world is divided into four levels; half of them include regular platforming while the other half revolve around a unique controller gimmick which you’ll need to use. The level transitions are seamless, and while Astro dies in one hit, he can be revived instantaneously.

I think the platforming levels are where the game shines, mainly because it’s just so fun to explore every nook and cranny of each area. You only have a few moves at your disposal (a punch which can be charged as well as a laser glide that can propel you for a bit), but the level design is used smartly to make these moves innovative at every turn. For example, you might need to burn an enemy that cannot be punched with your glide move, or charge a punch to rotate a flower in order to advance. While exploring these levels, you can collect coins that you’ll spend at the PlayStation (not Nintendo…) Labo’s gacha machine to collect some special extras. In addition to this, you’ll also find puzzle pieces and artifacts that will adorn your room with some historical souvenirs. 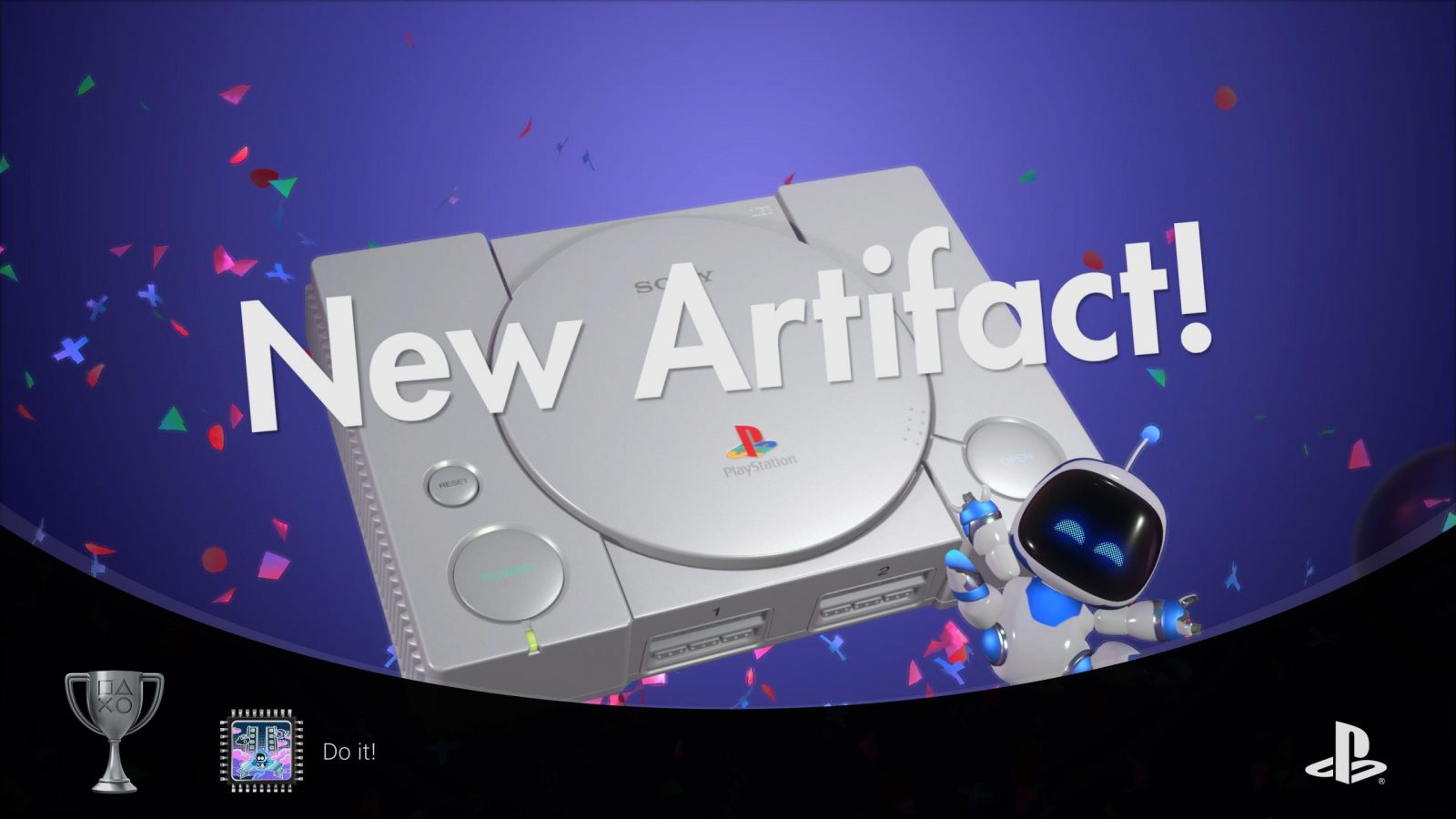 The vehicle levels are mostly great too; they normally center around the gyro part of the controller (with one section of levels using the touchpad), and like the platforming levels, have different paths to explore should you want to grab every jigsaw piece and artifact. These levels are still great, though some of the vehicles are a bit too finicky to my liking. The machine which lets Astro hop in the cooling springs level, for instance, gets a bit too inaccurate with aiming, causing my jumps to be off and have me careening into a death trap. All in all though, they’re nice little gimmicks to a fun package.

If there’s one thing that makes Astro’s Playroom an instant classic, it’s that this game is a love letter to all things PlayStation. And when I say all, I mean literally every possible game and piece of tech that’s ever been developed at a PlayStation studio is referenced here, with robots impersonating characters. From key franchises like Final Fantasy and Tekken to exclusive games like Patapon and God of War to even original PlayStation classics like VIb Ribbon and Jumping Flash, it was amazing to find every bit of PlayStation history represented here. It’s basically a Super Smash Brothers celebration of a company’s history, except it’s wrapped in a platforming masterpiece of a tech demo. There’s just so much going on in the background to explore, and while it wasn’t necessary, ASOBI Team did an excellent job cramming as many references as they could inside this game. 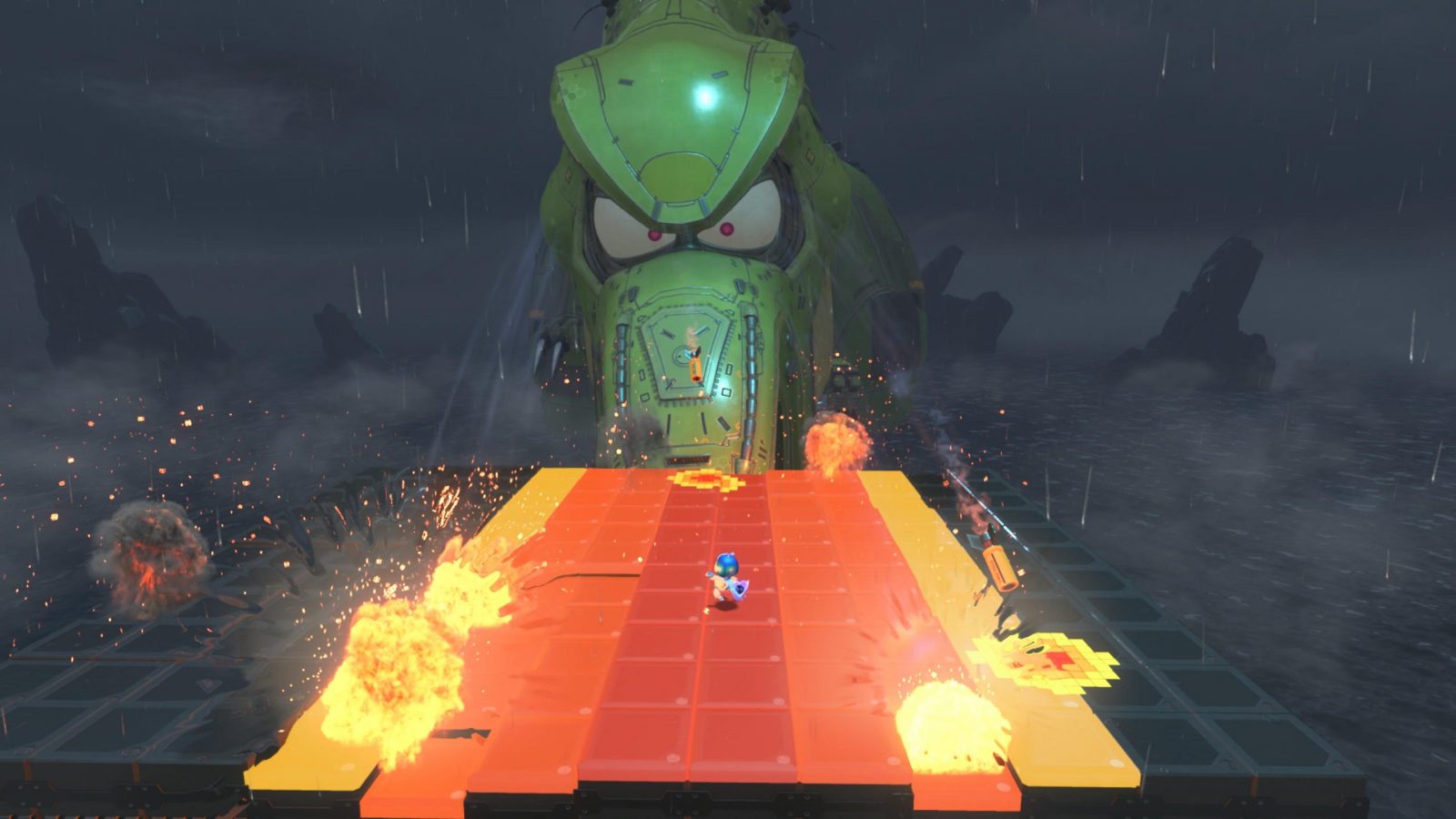 Speaking of which, this game looks absolutely gorgeous, and is probably one of the best 3D platformers in memory. It runs at a buttery 60 FPS in 4K, which is a great way to show your friends why you wanted to get a PlayStation 5 early. The soundtrack is great too, and everything has a great sense of wonder and whimsy to it. This is also exemplified by the DualSense controller vibrating and highlighting every move you take, which creates an immersive haptic experience. Whether you’re resisting getting blown away by wind gusts or shivering at the cold, you’ll feel whatever Astro is feeling thanks to the haptic triggers. The sound design within the controller complements everything Astro does, and this makes for a joyous experience that anyone can enjoy.

Perhaps the only real issue I have is the overall length of the game, which can be excused since it’s, well, free. The game lasts under about two hours on a casual playthrough, though there’s tons to explore (with a platinum trophy requiring a little more thought when replaying levels for collectibles), as well as special online time trials you can participate in for the best time. Do I want more of Astro’s Playroom? Definitely, and if we could get a full-fledged sequel that could utilize the DualSense controller like this one, it would be a masterpiece. 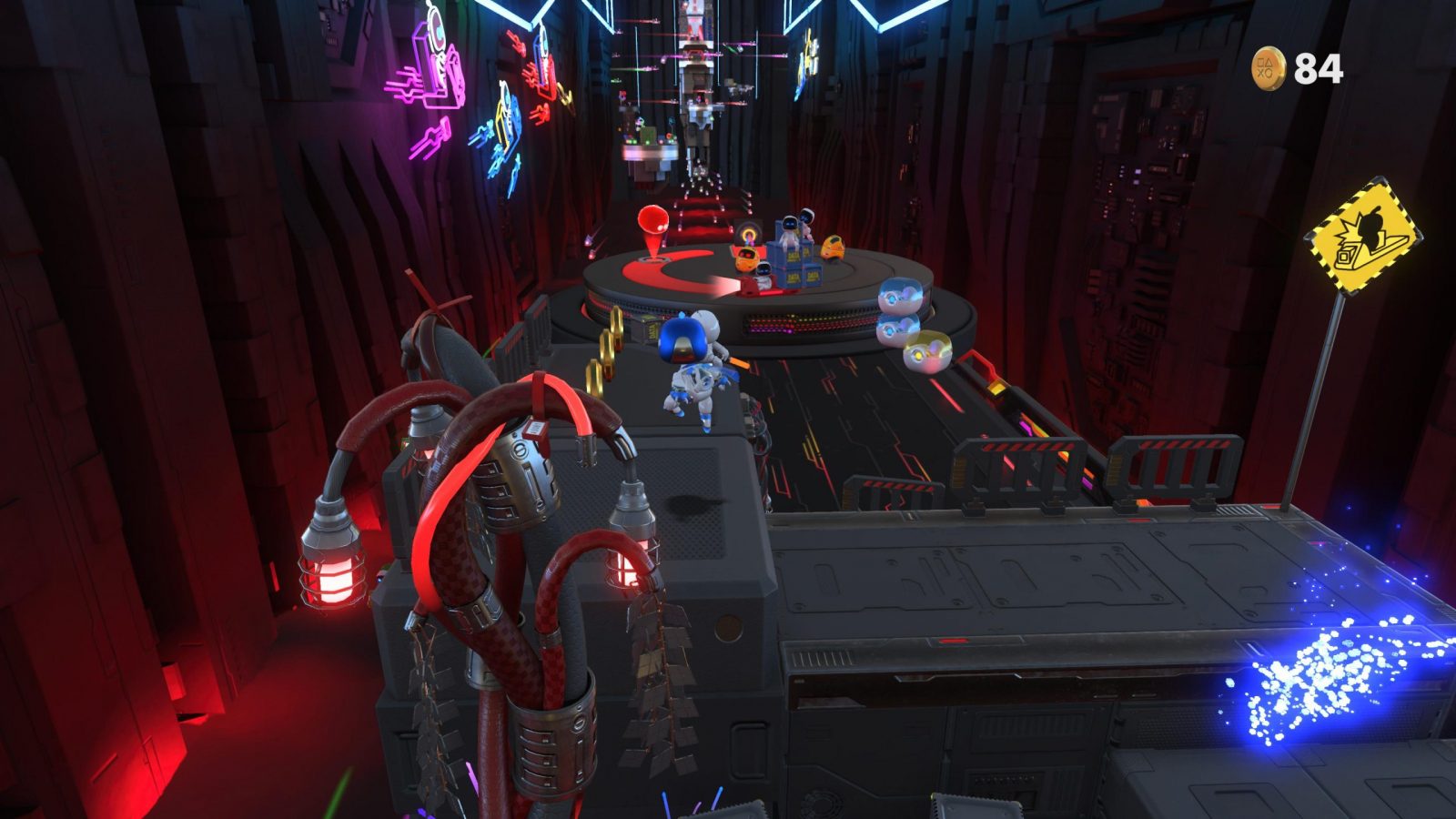 Astro’s Playroom is one of the best PlayStation 5 titles to come out of the console this year. With gorgeous graphics and performance and an awesome way to get used to the DualSense controller, this free pack-in can go toe-to-toe with the platformer legends.

Elisha Deogracias is an aspiring accountant by day, freelance writer by night. Before writing for Gaming Trend, he had a small gig on the now defunct Examiner. When not being a third wheel with his best friends on dates or yearning for some closure on Pushing Daisies, he's busy catching up on shonen manga and wacky rhythm games. Mains R.O.B. in Smash. Still doesn't know if he's a kid or a squid.
Related Articles: Astro's Playroom
Share
Tweet
Share
Submit