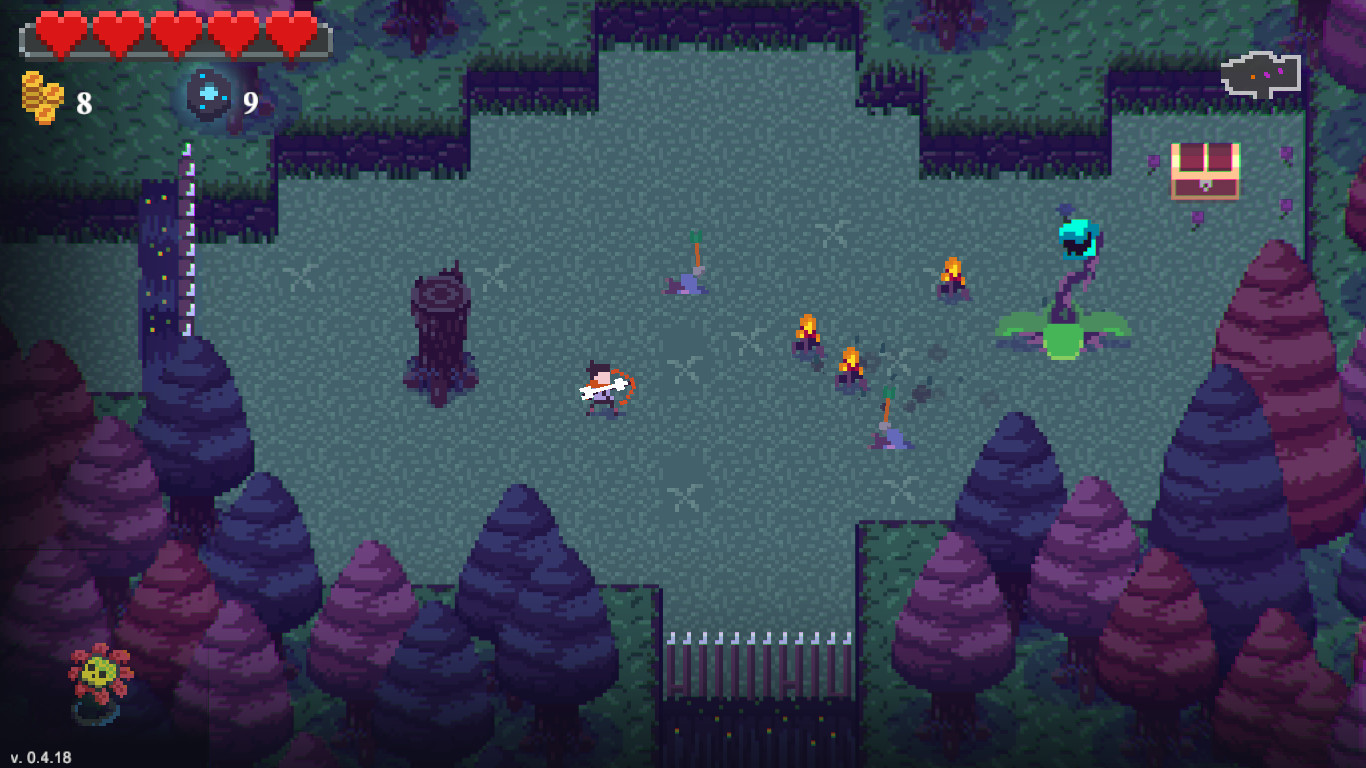 It must be difficult to make a roguelike that stays feeling fresh when the whole concept is based around repetition. It’s not enough to design a fun combat system, tactically interesting enemies, and varied environments. Those things also have to be as enjoyable the 50th time players face them as they are the first. If you take one run through Mana Spark in isolation, it looks great. The problem is, each successive run feels like a slightly faded copy of the last.

Mana Spark’s back-of-the-box pitch sounds great. It’s a roguelike where each individual room is handcrafted, but they’re arranged in new ways each time you enter the dungeon. As you delve further in, you can recruit new NPCs to build a town together and offer you upgrades. There’s a good variety of enemies, which take different strategies to defeat. It sounds like the kind of thing I would be into (bonus points for its pixel art graphics, which I can’t get enough of), but in practice, I got tired of it within a single day.

That first run, though, I thought I might be onto something special. Your character in Mana Spark is an archer, something that few games have ever really gotten right, but here, it really works. You have to carefully line up your shot, stand in place to fire, and sit through a pretty long reload before you can fire again. Each shot is important, and you can really feel the arrow’s impact with its target, as it pushes them back with a hefty thwack. After beating the first boss, you can switch to a character with a crossbow, who fires faster and can dodge more quickly. She’s almost certainly the more powerful character of the two, but her crossbow shots aren’t nearly as tactilely satisfying. You can also rescue a traditional sword-and-board tank, who can stand more punishment than the two ranged characters, but isn’t quite as much fun to play. 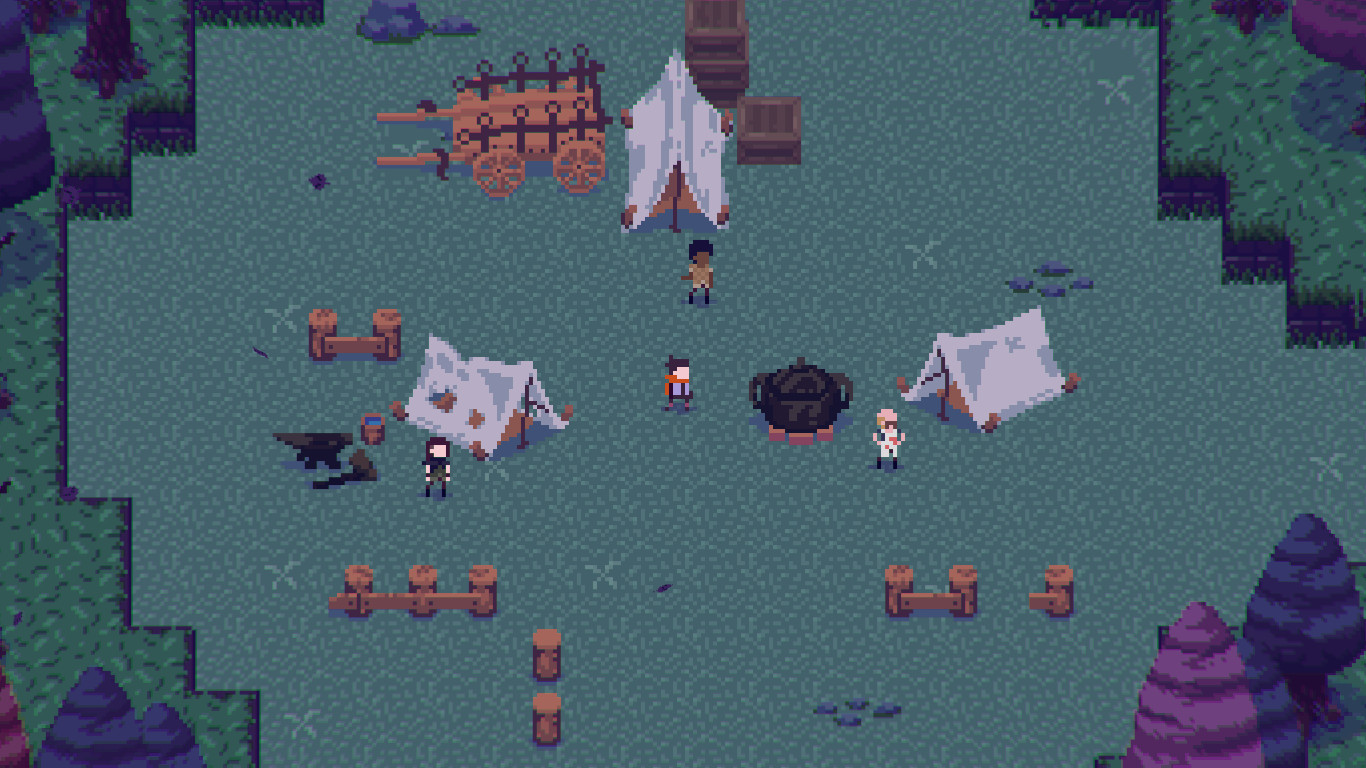 Pitted against your character is a horde of different creatures, from wild boars to necromancers to electrified abominations. Encountering a new foe feels legitimately frightening, as you can’t be quite sure what they have in store, and each different enemy requires a slightly different approach. Some hide behind shields and fire powerful crossbows, others can leap across the length of the screen to you. More exotic enemies will freeze you in place, spawn minions, fly out of range, or reflect your shots back at you. The best part about them is that they don’t work in isolation. Orcs with shields will guard skeletons with bows as they fire at you, and archers will jump on the backs of wild animals to chase you around the level. They can even hurt each other with their attacks, making it viable (and always gratifying) to draw enemies into their comrades’ line of fire and let them pick each other off.

When you’re not getting burned alive by pyromancers or cut to pieces by orcs, you’ll be getting impaled by spikes and shot by arrow traps. Though their order is randomized, rooms in Mana Spark are individually designed, so their design is much more interesting than typical procedurally generated levels; they’ll funnel you through traps and cut off lines of sight to force you into close quarters with enemies. That variety doesn’t really carry over to the art. The game’s first two areas are drab dungeons, and the third is a mostly bare laboratory.

Yep, there are only three different levels in Mana Spark, each with a handful of floors to explore. Here’s where my problems with the game really start. When I’m playing an indie game from a small team, I accept that there aren’t going to be tons of unique art assets or a very long campaign. The problem is that roguelikes are meant to be replayed, so delving into the same environments again and again gets old quickly. You’ll be fighting the same enemies in the same environments each time you restart with minimal variations. Each level is capped off by an underwhelming fight against a boss with attack patterns that are easy enough to learn and counter that you’ll probably never die to them more than once, if even that. 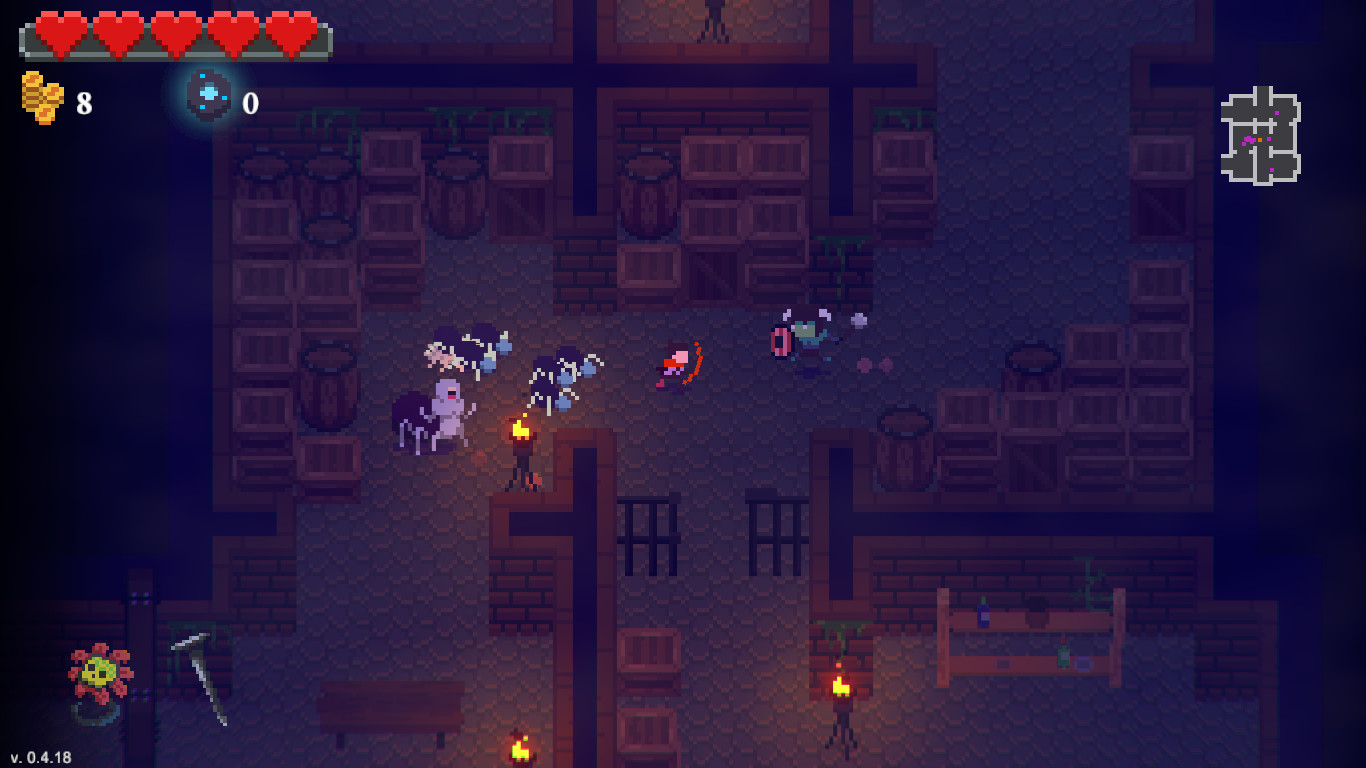 Probably because the game is so short, there are no shortcuts to later stages. After you master the first two dungeons, they’re pretty boring to play through time after time just to reach the final stage, where the difficulty ramps up considerably. Later runs in the game often consisted of about 20 minutes of mindlessly breezing through the first two levels only to be mowed down a few rooms into the third.

That’s made even worse by the shallow upgrade system. There are a handful of abilities you can find scattered throughout the dungeon, most of which offer only slight tweaks like a damage or attack speed boost. The only ones that changed my playstyle in the slightest were an upgrade that increased damage while decreasing range, which forced me to get up close to enemies, and one that adds poison damage to attacks, which allowed me to shoot enemies once then run away like a coward while they died. Once you’ve recruited additional NPCs (of which there are only three) by collecting runes, you can apply similarly incremental buffs in camp before each run. It’s not that collecting these upgrades doesn’t matter — getting the right ones is instrumental in being able to make it through the game — it’s that none of them are interesting, or even very different from one another.

You can also find secondary items, like a turret, bear trap, or health potion, in the dungeon, and upgrade them in town. Like the upgrades, there’s just not a lot of variety to them. None of them have very interesting effects, and upgrading them mostly just boosts their effect, rather than changing them in any interesting way. Your goal in choosing items and upgrades isn’t to make a build that suits you, it’s just to stack enough buffs to make killing enemies easier. 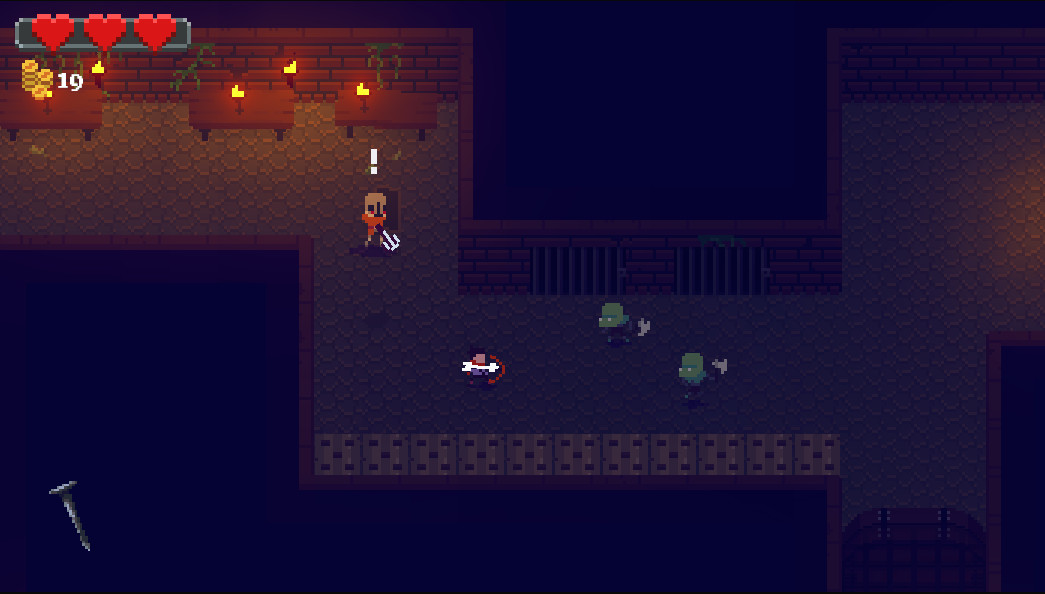 The worst thing is how promising Mana Spark looks at the beginning, compared to how lackluster it becomes. There’s clearly a good development team at work here, who’ve made a solid combat system, designed some interesting enemies, and laid the groundwork for a really good game. It just never quite delivers on any of its promises.

Mana Spark is a middle-of-the-road roguelike that gestures toward a lot of interesting ideas, but doesn’t fully develop any of them. It’s a fun game at first, with a good combat system and a nice variety of unique enemies, but it doesn’t offer nearly enough to stay fresh on repeated runs through its samey dungeons.

A committed indoor kid, Bryan moved from Pittsburgh to Los Angeles for a prettier landscape to ignore. They can be lured outside with promises of taco trucks and film festivals, and enjoy trawling through used book stores for works on the occult. Bryan has been gaming since the SNES era and is a sucker for good pixel art.
Related Articles: Mana Spark
Share
Tweet
Share
Submit