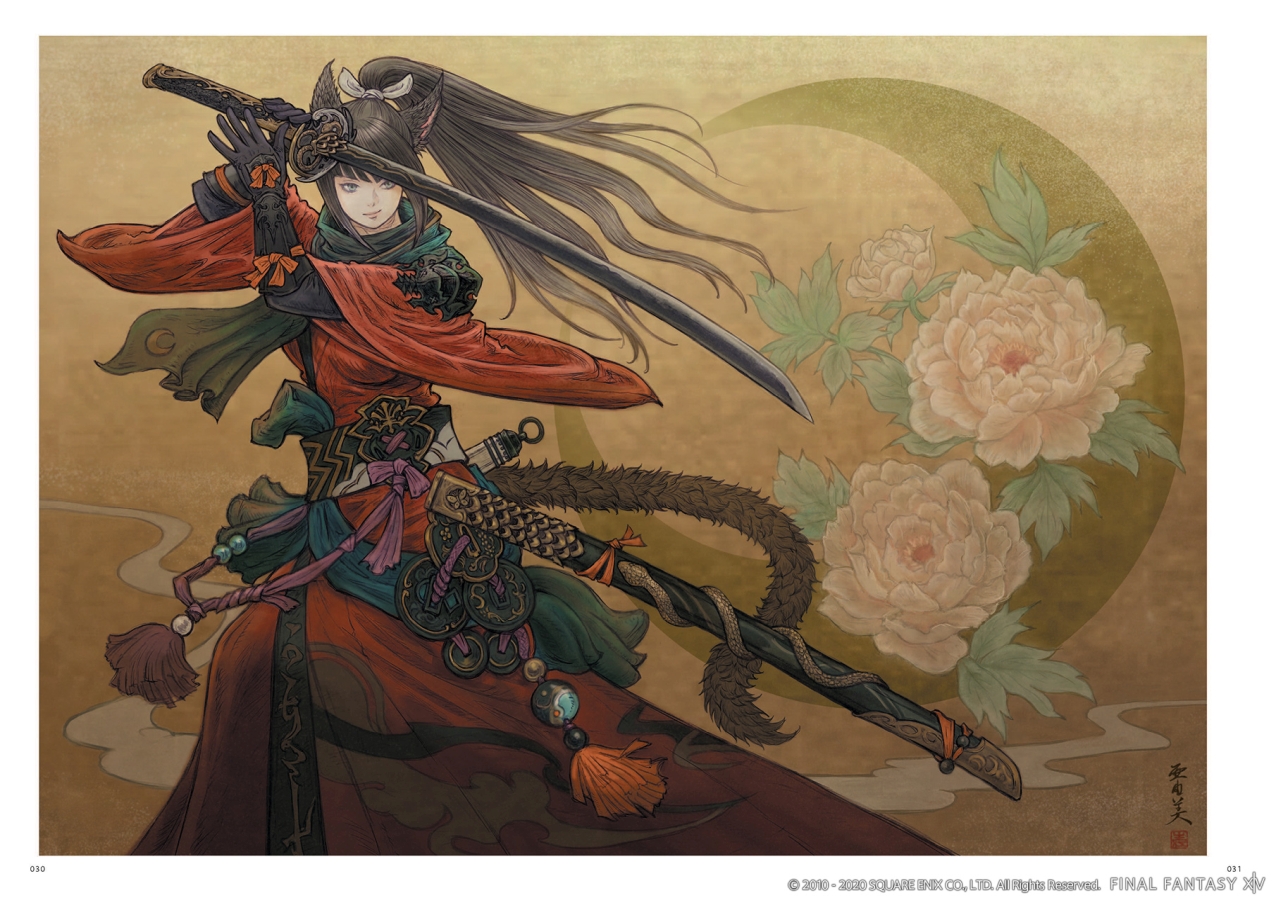 Stormblood isn’t Final Fantasy XIV players’ favorite expansion, but I liked it a lot during its time. Sure, its themes are problematic considering the Japan and Korea stand-ins (and a certain outfit released on the Mog Station was just tone deaf) and some of the plot points felt less impactful after Heavensward, but it’s still an enjoyable story of resistance. It brought most of the jobs closer to the more comfortable position they’re in now (my main Bard finally stopped being a caster) and the locations you visited were imaginative and interesting. We’ve covered the art books for each expansion so far, so let’s see what the Art of the Revolution set has in store.

Western Memories covers the base expansion, starting off with some beautiful key art and concepts for Lyse, Alphinaud, and Alisaie’s new designs as well as Yotsu, Yugiri, Hien, Gosetsu, and more. I especially like Lyse’s two outfits, with their bold red colors yet vastly different aesthetics. The art in this book is much more varied than the others I’ve covered, with artists putting their own style into the characters rather than trying to remain homogenous. It’s not a bad or good thing in and of itself, I enjoy both approaches and it’s nice to see characters in poses that convey their personality or mood. 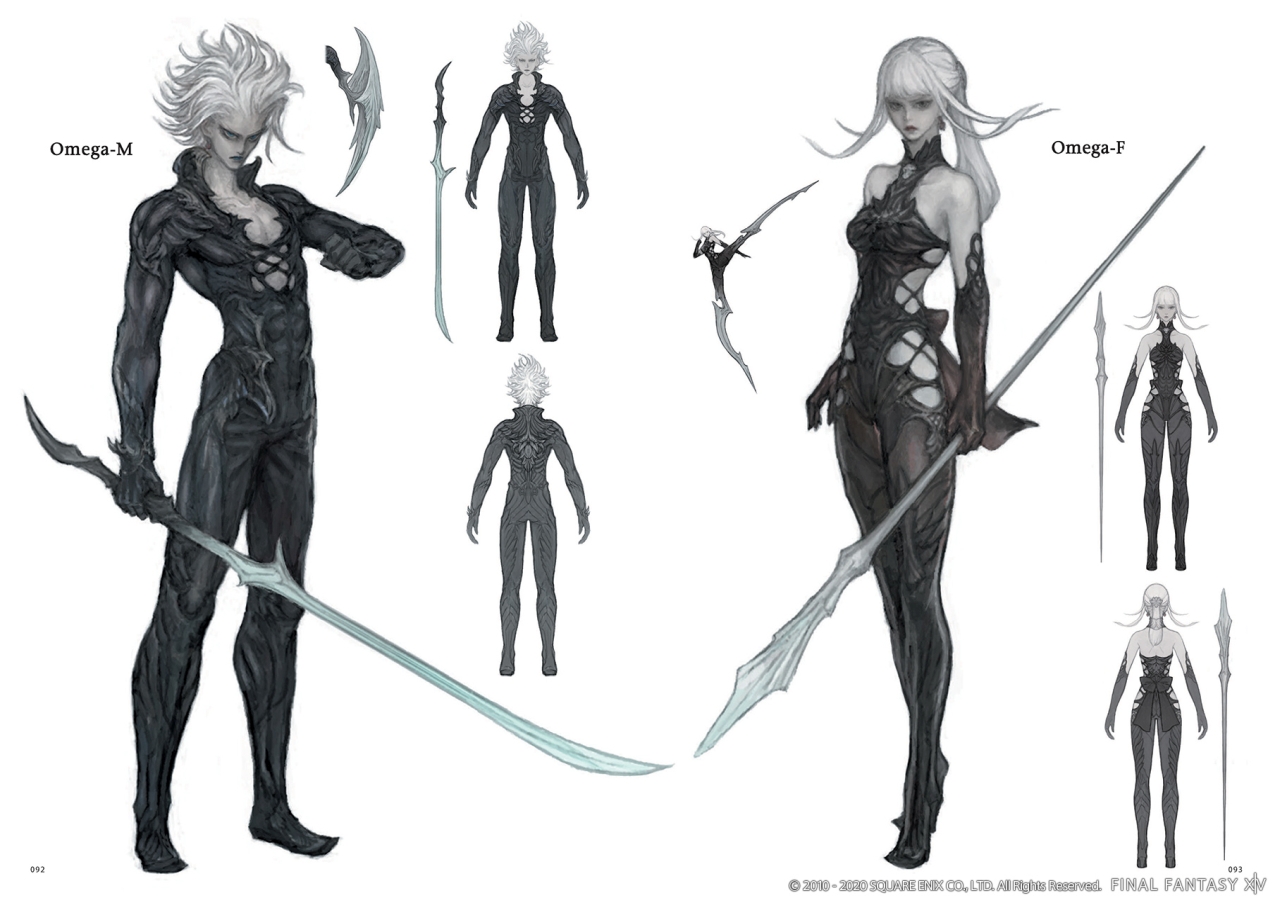 The pieces for locations in Art of the Revolution use a more traditional, painterly Japanese style, since Doma and Kugane have Eastern inspirations. It’s very striking compared to the other books, but I can imagine this was harder to translate to in-game models and textures as you can’t just upend the art style for one expansion. Of course, art for places in Ala Mihgo feel more like what we’re used to, albeit a bit more sketchy with less cleanup on lines. The contrast between the two major areas is a nice touch, but does leave Ala Migho duller by comparison.

Eastern Memories follows the same structure, but contains art for areas added in patches as well as the rest of the Ivalice and Alphascape raid series and Eureka. While every book comes with an in-game minion to redeem, this one comes with some cute stickers as well. It’s got the same variation in styles, but somehow even more so with some pieces looking like they were drawn in chalk while others use thick, black outlines. 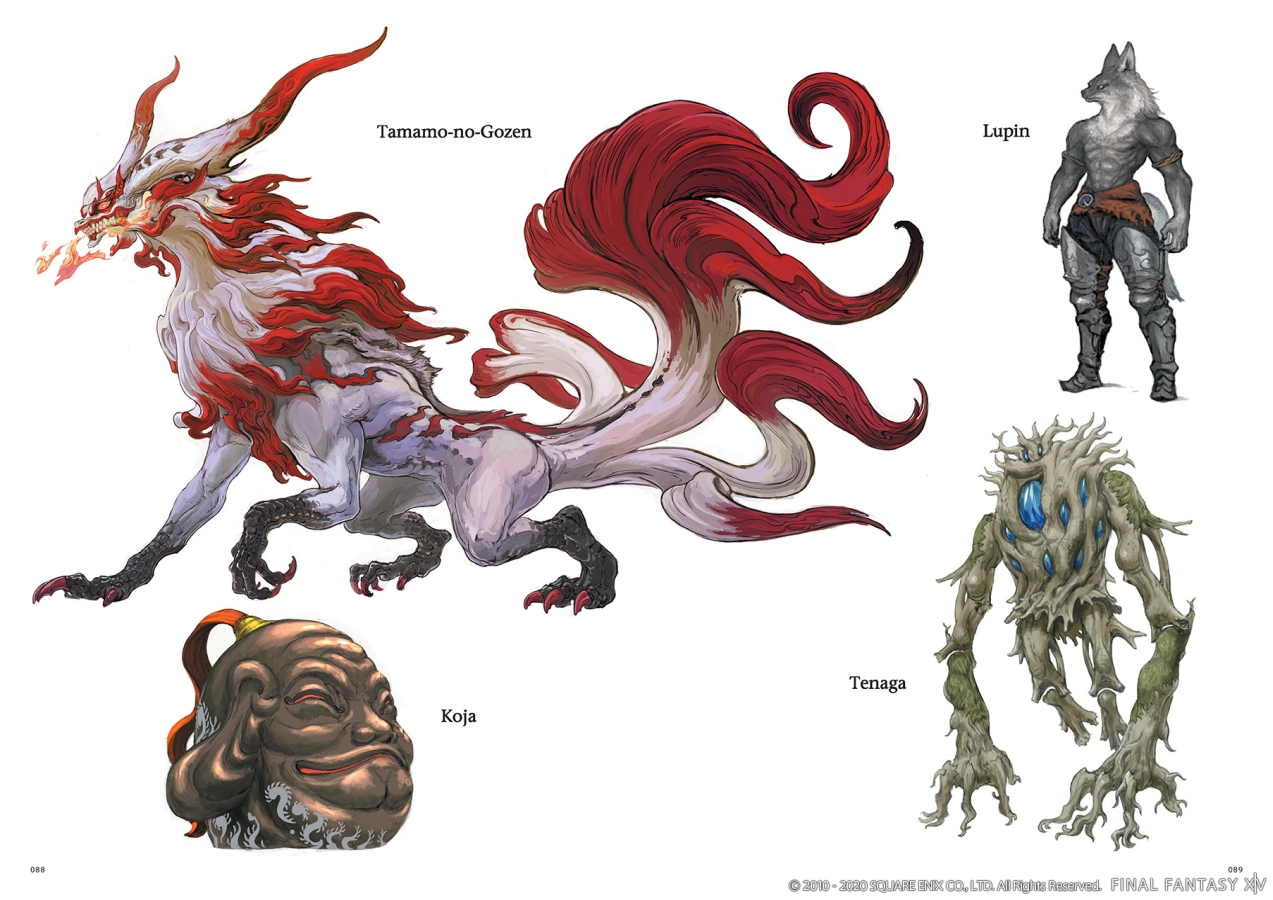 Once again starting off with character and key art, these pieces are absolutely gorgeous. I don’t know if this has to do with how my books specifically were bound, but the pages feel more loose and bendy allowing me to see much more of the two-page spreads than in the Shadowbringers books. I still don’t think it’s the best way to present the art, but it is better. As for the characters and gear, Eastern Memories uses much more of the standard A pose, but there are still enough characters posed more dynamically, such as Zenos and Gaius, to keep things interesting.

Overall, Art of the Revolutions feels much more like a set of two companion books rather than one being superior to the other. Of course, all the art in every book is fantastic, but these two cover a lot of ground thanks to Stormblood’s globe spanning adventure rather than staying in one location. Unfortunately, unlike the Heavensward books, they still don’t have the running commentary I enjoyed, but there is a section in the back of Western Memories detailing how they design characters which was very interesting. Eastern Memories has the messages from the art team like in Art of Reflection, which is nice but not as thorough as I like.

Art of the Revolution, Eastern Memories and Western Memories, feel like great companions to one of Final Fantasy XIV’s less appreciated expansions. The art is much more varied than any of the other art books and uses much more dynamic posing for characters. Seeing how they converted this bold artwork into in-game models is very interesting, although I still would have liked more commentary from the artists.

David is the kind of person to wear his heart on his sleeve. He can find positives in anything, like this is a person who loved Star Fox Zero to death. You’ll see him playing all kinds of games: AAAs, Indies, game jam games, games of all genres, and writing about them! Here. On this website. When not writing or playing games, you can find David making music, games, or enjoying a good book. David’s favorite games include NieR: Automata, Mother 3, and Gravity Rush.
Related Articles: Final Fantasy XIV: Stormblood Art of the Revolution -Eastern Memories-, Final Fantasy XIV: Stormblood Art of the Revolution -Western Memories-, MMO
Share
Tweet
Share
Submit