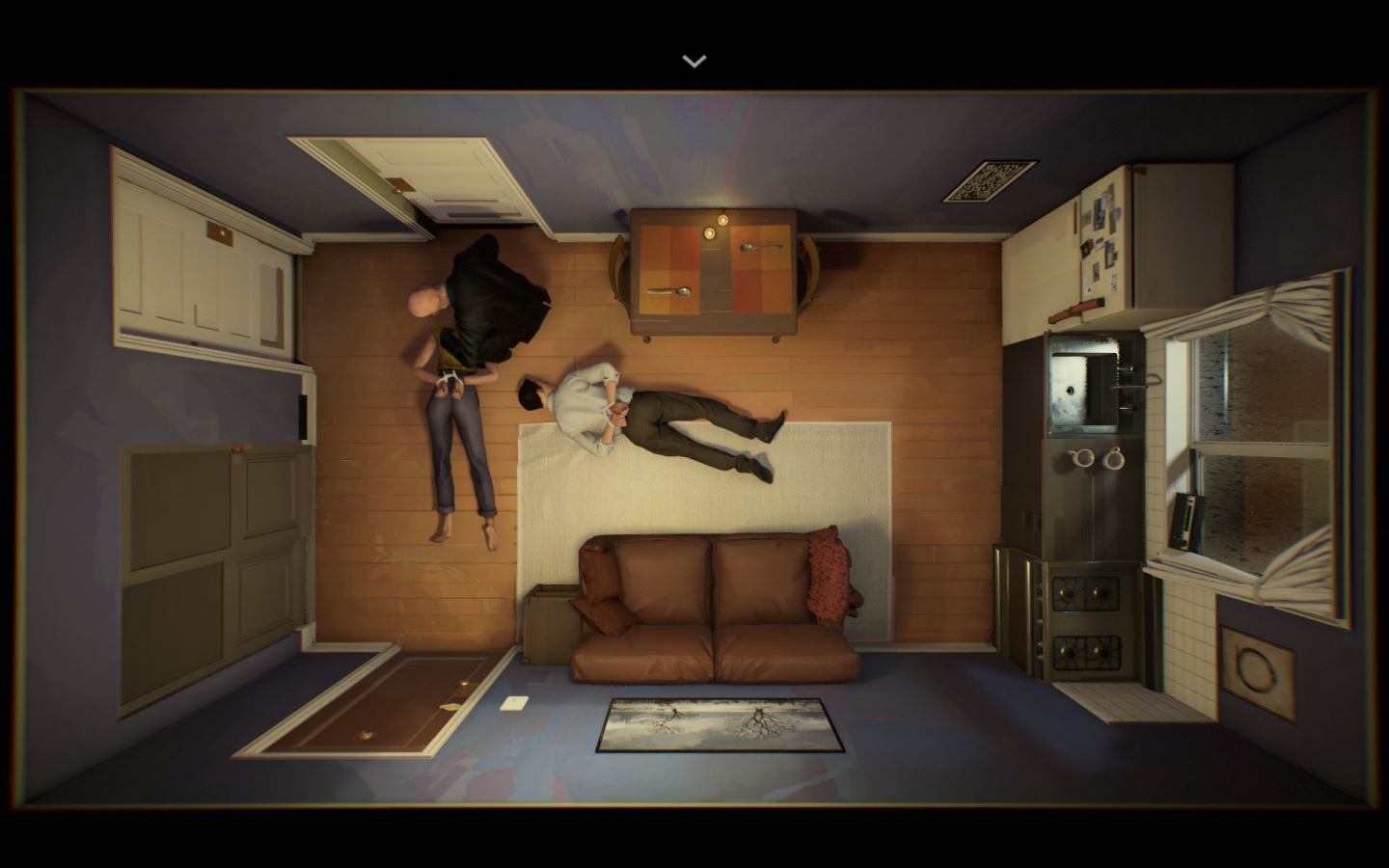 Every indie title out there wants to make its mark. While it can be a crowded space, you can find some stunning creations out there, like Death’s Door (which we loved as you can see in our review), Shovel Knight, or Journey. Some have a lot of extra backing because of the behind closed doors deals with big publishers, others rely on Kickstarter funding, and some just throw their life savings into it, but because of the risks these developers take we’re able to see amazing ideas come to life. While there have been quite a few accolades coming into its launch, I’m not sure I’ve seen anything with the same star power as Twelve Minutes. It’s got some seriously big names voicing the characters, but it’s not an over the top or large game. Luis Antonio, the director of the game, has been a part of some big games with Max Payne 3 and The Witness on his resume, but in this latest project as the director he’s done something few have, bring the feeling of an indie movie from the silver screen to your gaming device.

Twelve Minutes is honestly somewhat hard to describe, but the simplest way to classify it is as a point and click adventure mixed with a psychological thriller. The only thing that does limit that explanation is that you stay in the confines of a small yet cozy apartment, with only a living room/kitchen combination, a bathroom, and a bedroom to explore along with being able to enter the tiny front door-adjacent closet. It isn’t the prettiest thing to look at, but the setting has a wonderfully indie feel to it (along with a top down view that is just perfect). This is probably one of the most uncomplicated games of the genre you’ll examine, but this one has it’s details lying in the story as opposed to a bevy of items. I’ll speak more to that later, but rest assured this game somehow appears contained yet expansive at the same time.

So, let’s jump into a quick rundown of the story. I don’t plan on going in depth with it besides talking about my experience due to spoilers, but Twelve Minutes has that M. Night Shyamalan feel to it. You start as an unnamed protagonist, heading home after work. Once you enter the door your wife greets you with dessert and another surprise. As you eat you find out the big secret, she’s pregnant, and just as the joy of fatherhood kicks in, a knock at the door breaks all the merriment. It goes from bad to worse quicker than a Ferrari gets to 60mph; it’s a cop and he’s here to arrest your wife for reasons you don’t yet understand. In the middle of all of it you are tied up and then beaten, and amidst her crying pleas you suddenly find yourself back at the door, having just gotten home. This is both a blessing and a curse, you have the chance to figure out what’s going on and discover more of the mystery behind all of this (and of course save your wife), but in this Groundhog Day like loop you only have twelve minutes maximum to investigate, and often you’ll end up brutally pummeled or dead before launching into the next loop. Even worse? You can’t leave the apartment or you respawn back at the beginning again.

As you progress through you learn more and more of the story, and you do this by engaging in conversation which ends up almost like solving dialogue puzzles. You’re going to do a lot of this (which is the main gameplay loop), and find out many shocking admissions from beginning to end, where a twist is going to leave you mouth agape from it’s disturbing connotations. It may not be as ridiculous as “I see dead people”, but it’s great in its own right. Each loop feels like a challenge, a race to deduce as much as possible before the clock runs out. Because of the way everything is set up, you really don’t have twelve full minutes, the cop shows up at around five minutes, and especially in the beginning it feels like you don’t have a lot of time. Once you understand where the narrative is going it’s not as taxing, but I definitely had several moments where I had to exit the front door to reset the loop. 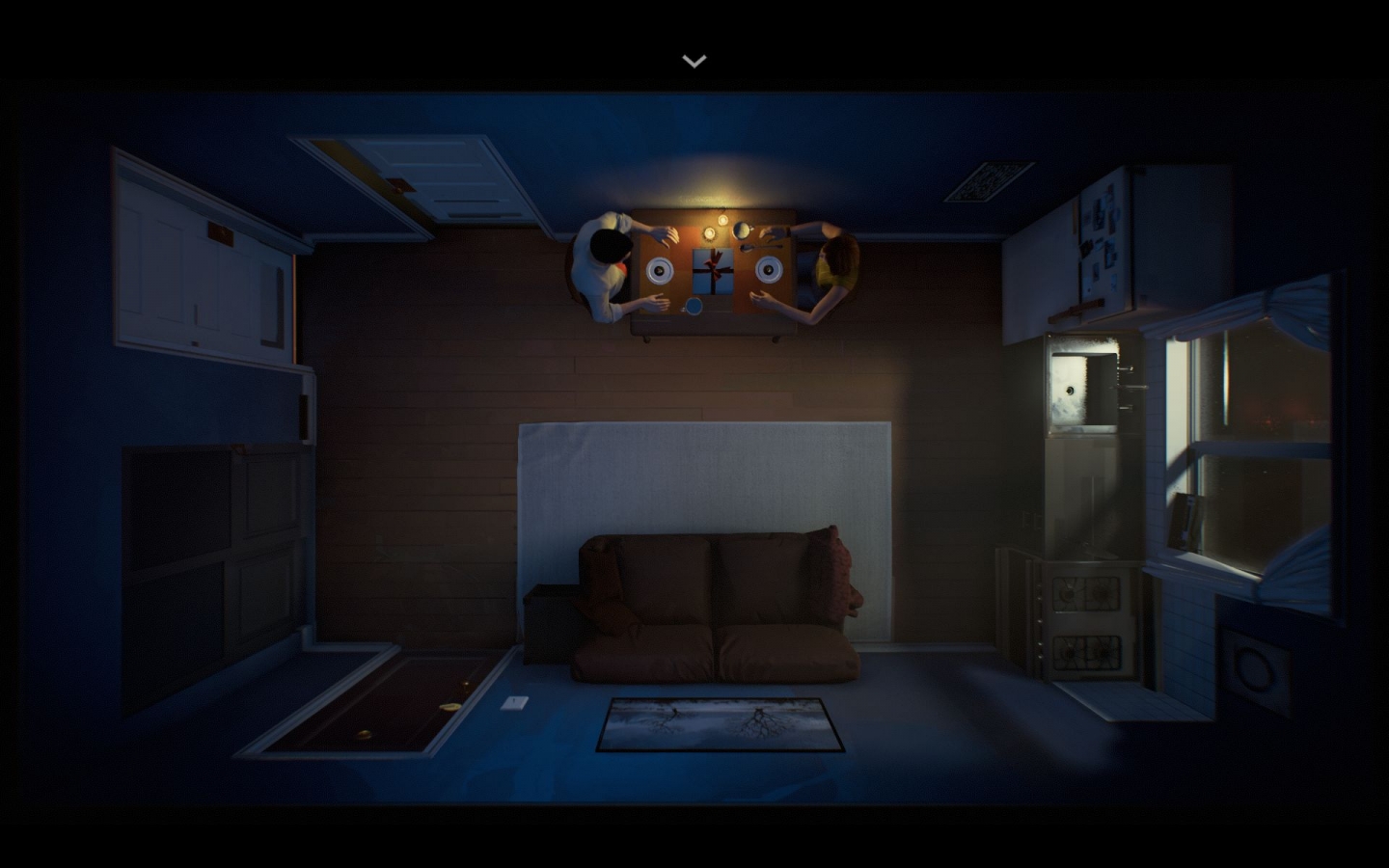 With having to play in the same loop, the puzzle at hand is moving forward when you don’t have a specific objective besides exiting the loop. The trouble is, you have no idea how to do that, so this isn’t going to be a one loop playthrough. It’s going to take running through sequences quite a few times, because sometimes you may say something that upsets your wife, causing her to leave, and thus getting her caught by the cop heading to assault you both. Sometimes you may mouth off to him the wrong way and get beat up, but in the end most of your tricks, like hiding in the closet with a knife in hopes of stabbing him from behind, don’t work. He’s too strong, so you’re going to have to get your wits about you and put on your thinking cap.

That’s one of the reasons I love Twelve Minutes so much. Some games don’t care to handhold, but this one doesn’t even give you a hint. You are on your own picking things up and tying together clues, with at best a specific statement by a character leading you to the next choice of dialogue. The web that is woven in the narrative is honestly astounding, with so many different threads it can make your head spin. My “in real life” wife sat and watched me play at the end, and it was like watching a TV show to her, drinking in the drama occuring on the screen. There are going to be plenty of “oh, now I know what to do” moments as you play, and these feel like rewards when you get them, with a fair pacing transpiring between revelations. My only qualm would be that you can get stuck, but even then I never had a feeling of frustration but rather “let’s start this again and hit it from a different perspective”. My biggest suggestion to anyone stumped at a particular juncture is to listen closely, and don’t get too focused on the narrative at hand; there are earlier story beats you may have not investigated enough. I think what surprises me most of all is that nearly every thread manages to make sense, something that isn’t easy to accomplish.

Most of the puzzles you’re going to come across involve the narrative, but you’ll still do plenty of picking up different items. Do note, not everything matters that you’ll pick up, and not everything you can click means anything, but it never hurts to do it anyway. As mentioned before, there isn’t a lot you’re going to have to find in terms of tangible items, but some things are going to be important in discovering the next scene. I like this, because with plenty of point and click style games I tend to end up grabbing things and using them all over the place until something happens, and with Twelve Minutes you can’t do that. 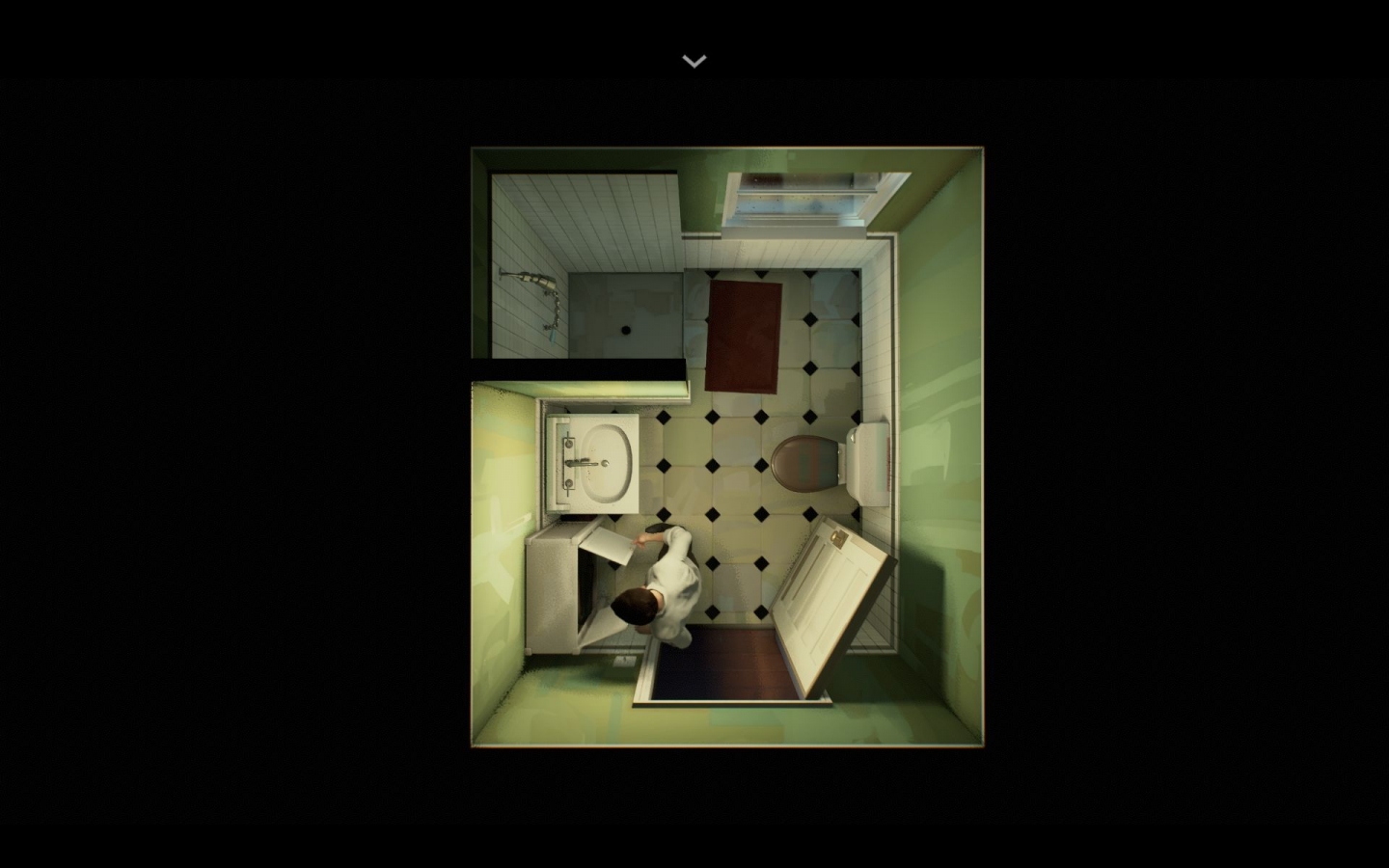 One of the most important things you need when building a game that so heavily relies on the narrative is to have a great voice acting cast. I don’t necessarily think Luis Antonio had to go after movie stars to enhance the voices behind the characters, but it definitely didn’t hurt to do so. We all know of the acting chops celebrities James McAvoy, Daisy Ridley, and Willem Dafoe have, and the range of emotions they capture in their performances is incredible. Ridley in particular plays her part with aplomb, from the joy of telling her husband about their pregnancy to screaming as you are being strangled on the floor. She plays a very believable part, showing it was the right call to spend a couple of extra bucks on her. Willem Dafoe’s cop character is also amazing, and funny enough he’s the only one you really can pick out. McAvoy and Ridley both speak with accents that can make them almost unrecognizable if not for their advertisement being a key part of the marketing. An unsung hero of the development team is also Neil Bones, with a beautiful minimalist soundtrack that fits perfectly.

I keep talking about how much I enjoy Twelve Minutes, and while I like to call out things I don’t like, I honestly didn’t find much negative about it. There is some minimal clipping in the game, and I did run into one bug where I had to restart the application. It stopped my run, similar to a roguelike, but you’re never at a disadvantage there, just having to retrieve any information just as you had before. The only thing I can really think to call out is one thing I did earlier, the fact that some may get frustrated if getting stuck in specific story beats. Just like any point and click, as well as soulsy games, just die and try again.

Twelve Minutes is an immaculate construction of narrative that manages to take an extremely compact apartment space and spin an incredibly substantial story in it. Every thread seems to lead to two more, and each one feels satisfying to complete as you head towards the final loop. The voice talents are on point, the gameplay fits remarkably well, and every loop is a new adventure. I implore you to take the time to check this one out, as Twelve Minutes is worth every minute you’ll spend with it.

David Burdette is a gamer/writer/content creator from TN and Lead Editor for Gaming Trend. He loves Playstation, Star Wars, Marvel, and many other fandoms. He also plays way too much Call Of Duty. You can chat with him on Twitter @SplitEnd89.
Related Articles: Indies, Twelve Minutes
Share
Tweet
Share
Submit