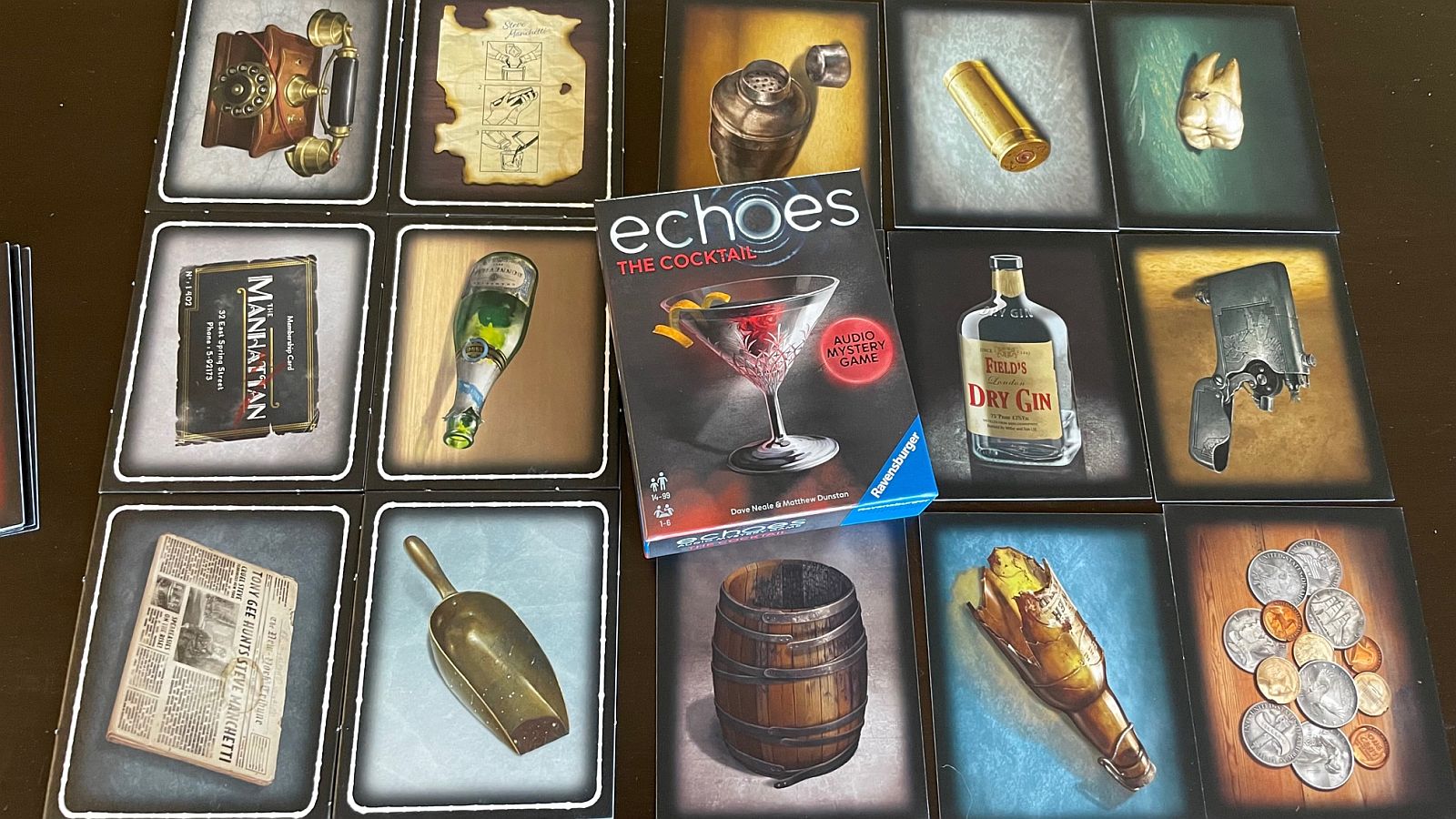 Echoes, from Ravensburger, is a series of auditory mysteries that allow you to put on your detective hat and test if you can fit the pieces of a jumbled up puzzle together in the right order. It’s an opportunity for you and maybe a small group of friends to put your heads together and solve a mystery. Exciting!?

This is a review of the Echoes game system, not a specific box. For this review, I played through The Dancer and The Cocktail boxes. The tiny package of each set contains 6 chapter tiles, 18 item cards, and a rulebook. You will also need to download the Echoes app to scan the cards and listen to the sound clips. All of the art is well done and themed nicely with the set. The audio clips are excellently produced with professional voice acting, background music, and sound effects. To solve the mystery you will have to scan cards and listen to their audio clips. These could be just sounds that you need to listen closely to or full blown conversations that fit together. You match up three items per chapter and then at the end arrange all of the chapters in order to get the full story. 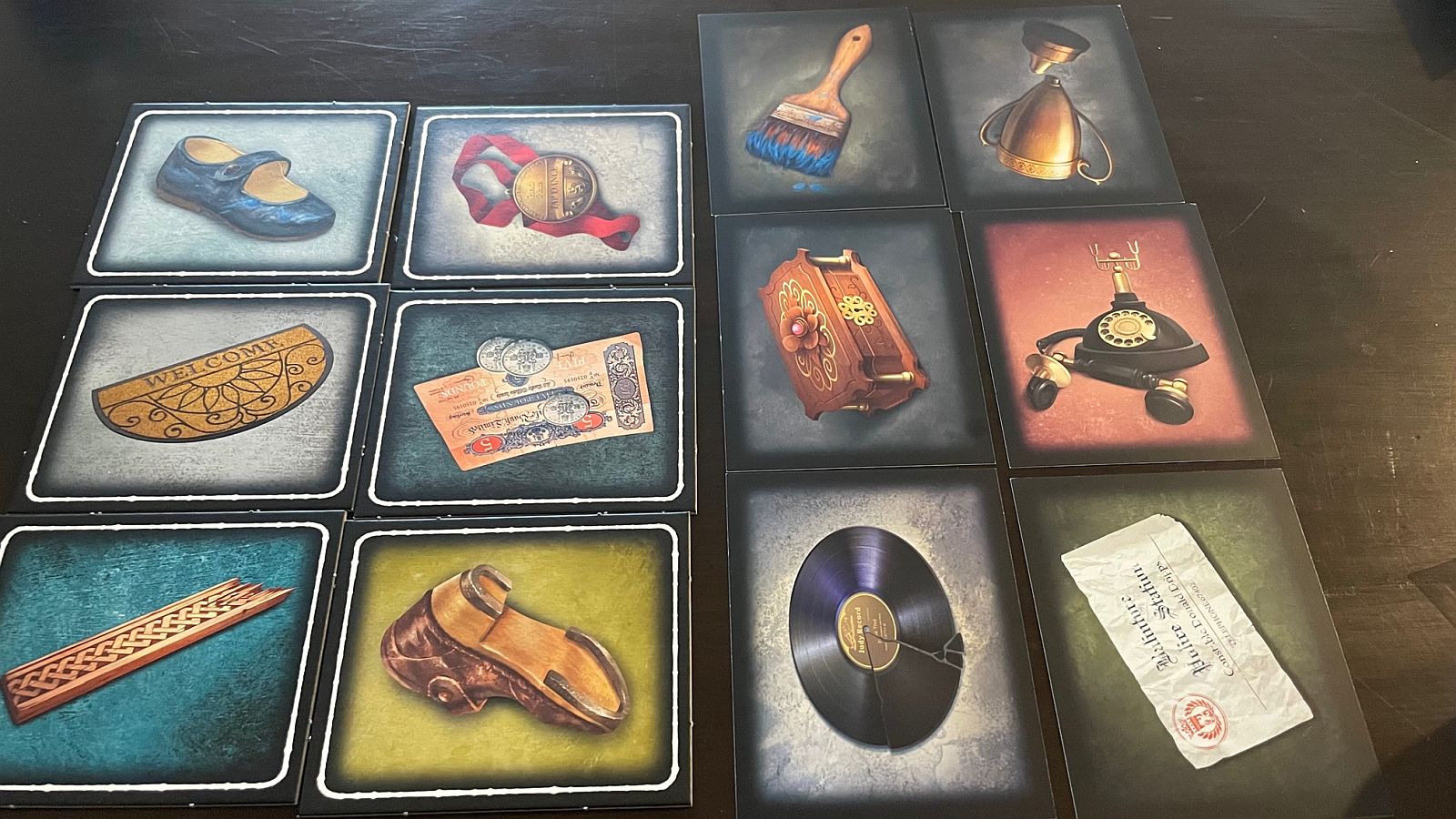 I like the idea of Echoes. I like the execution of Echoes. I can’t really recommend the game. While everything is presented well and I think it really works, it’s just too easy but with themes that preclude playing with young kids. For this review I played through the first two boxes. The first is a mystery about a young girl training to be a ballerina that died under mysterious circumstances. The second follows a murder in a proabition era speakeasy. The themes aren’t overly violent or gruesome but still fairly mature when it comes to kids. Both boxes took an average of 30 minutes to complete which I think just isn’t long enough to justify the game. The clues are mostly pretty obvious what chapters they go with and arranging them in order is pretty trivial. Younger players may get more challenge out of it, the box shows ages 14-99, but I can’t judge that myself. At about $10 retail for 30 minutes of game that you can’t replay, I just can’t recommend it. There is a massive opportunity here to retheme this whole system with Scooby Doo and I think it would be a home run. The theme and difficulty would line up and be great for families.

Done in under 30 minutes

Echoes is an intriguing system but needs to develop more challenging mysteries to attract an adult audience that will stick around for future expansions. The difficulty of the first two boxes is kid level but you’ll have to judge for yourself if your kid is old enough for the death/murder mystery themes. I’d jump at the chance to try an advanced or more family oriented expansion in the future but the current offerings are just not worth the 30 minutes they take to complete.