After 18 years in prison for a crime he didn’t commit, Ichiban Kasuga is finally free. He sacrificed his freedom for the man he looked up to most, but the world has changed a lot since 2001. His patriarch has seemingly betrayed all of his ideals and when confronted with this, shoots Ichi and leaves him for dead. Homeless and destitute in the Yokohama district of Isezaki Ijincho, Kasuga is going to become the hero he’s always dreamed of, find out why he was betrayed, and make a few friends along the way.

While Kazuma Kiryu’s story has ended, the Yakuza franchise isn’t going anywhere. Enter Ichiban Kasuga – ex-member of the Arakawa clan and new protagonist of Yakuza: Like a Dragon. Initially, I was worried about having a new protagonist for the series. Kiryu is just such a likeable character with so much history, how could anyone possibly live up to his legacy? 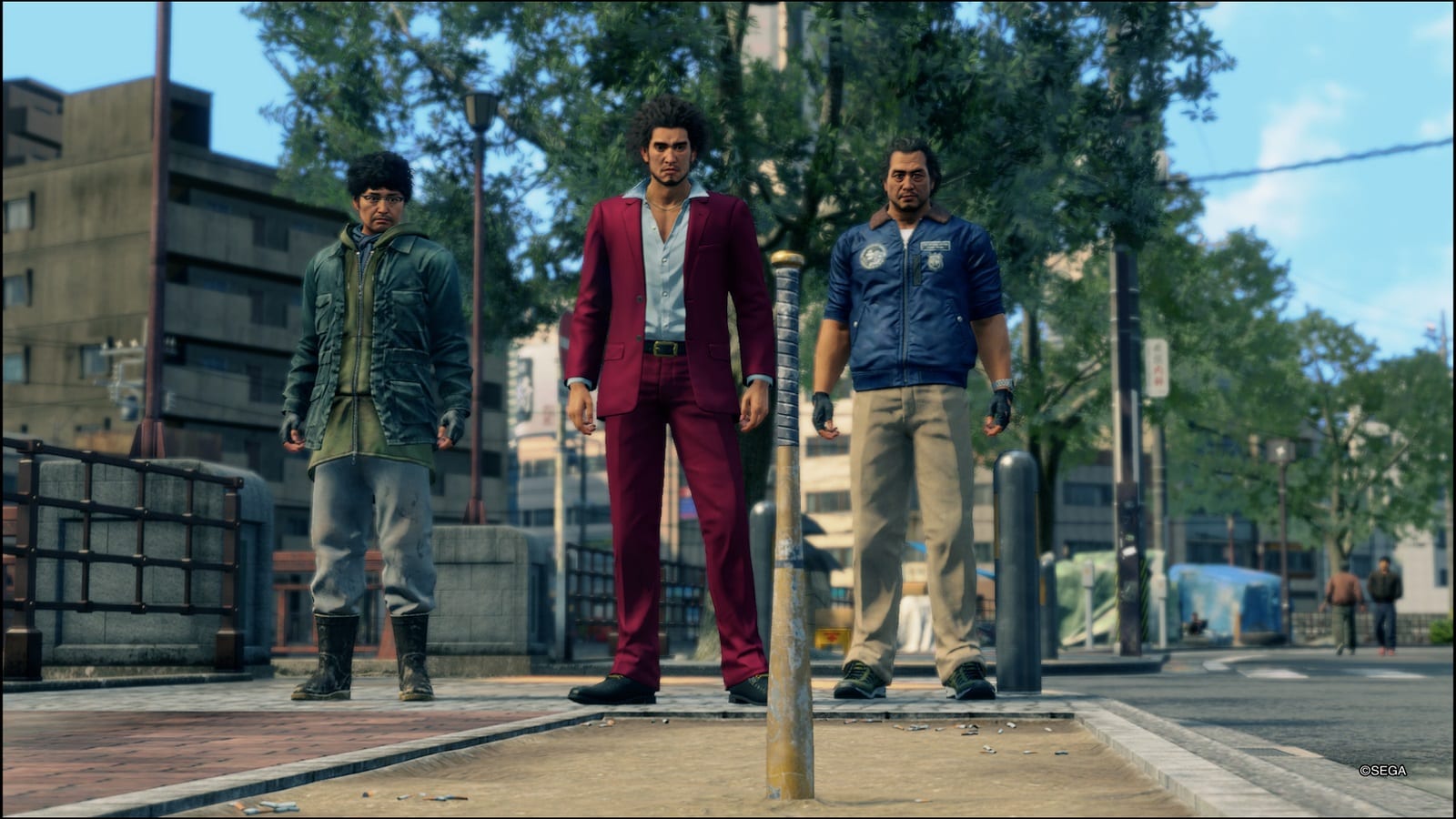 The opening hours of Yakuza: Like a Dragon (Great combination of both the English and Japanese titles) spend great time and care introducing you to Ichiban, both his personality and backstory, and while it feels a bit slow at times this time is well spent. He may be a member of an organized crime family at the start of the game (let’s be honest, you don’t spend a lot of time, if any, committing crimes in these games), but he dreams of being a Hero like in his favorite game series Dragon Quest. He’s tough, earnest, and more than a little stupid, a bit like if Kiryu had a rambunctious little brother. It’s good that he’s such a strong, core character because this game is ALL about its characters. The theme of found family remains in Like a Dragon, especially seeing as it’s now a turn-based RPG, but it begins to dives deep into issues the first seven games only touched on before: justice for the downtrodden.

Before we get into the story though, let’s talk about what’s changed. First of all, combat is now turn-based – since Ichi loves Dragon Quest so much, he thinks of life as an RPG, complete with special moves, level ups, and a job system. Combat still has some elements of action and positioning though; some attacks cover a wide area, you deal critical damage to knocked down enemies, and if a foe gets in your way they may just interrupt what you were about to do, for example. I love RPGs and the brawler combat of the previous games was just starting to get stale, so this is a welcome change. Like usual, as you walk around town you’ll encounter an inordinate amount of thugs looking for a fight, and getting near them will start a battle right then and there. While I was only able to play about 15 hours of the game in time for this review (the holiday season is a busy time), I found combat to feel deep and engaging, if a bit too easy at times. Maybe it’s because I spend a bit grinding for cash to buy equipment, but there were only one or two times I felt I couldn’t handily defeat my opponents outside of boss battles. Your party members hit so dang hard, especially once Ichiban gains access to the Hero job with his baseball bat. 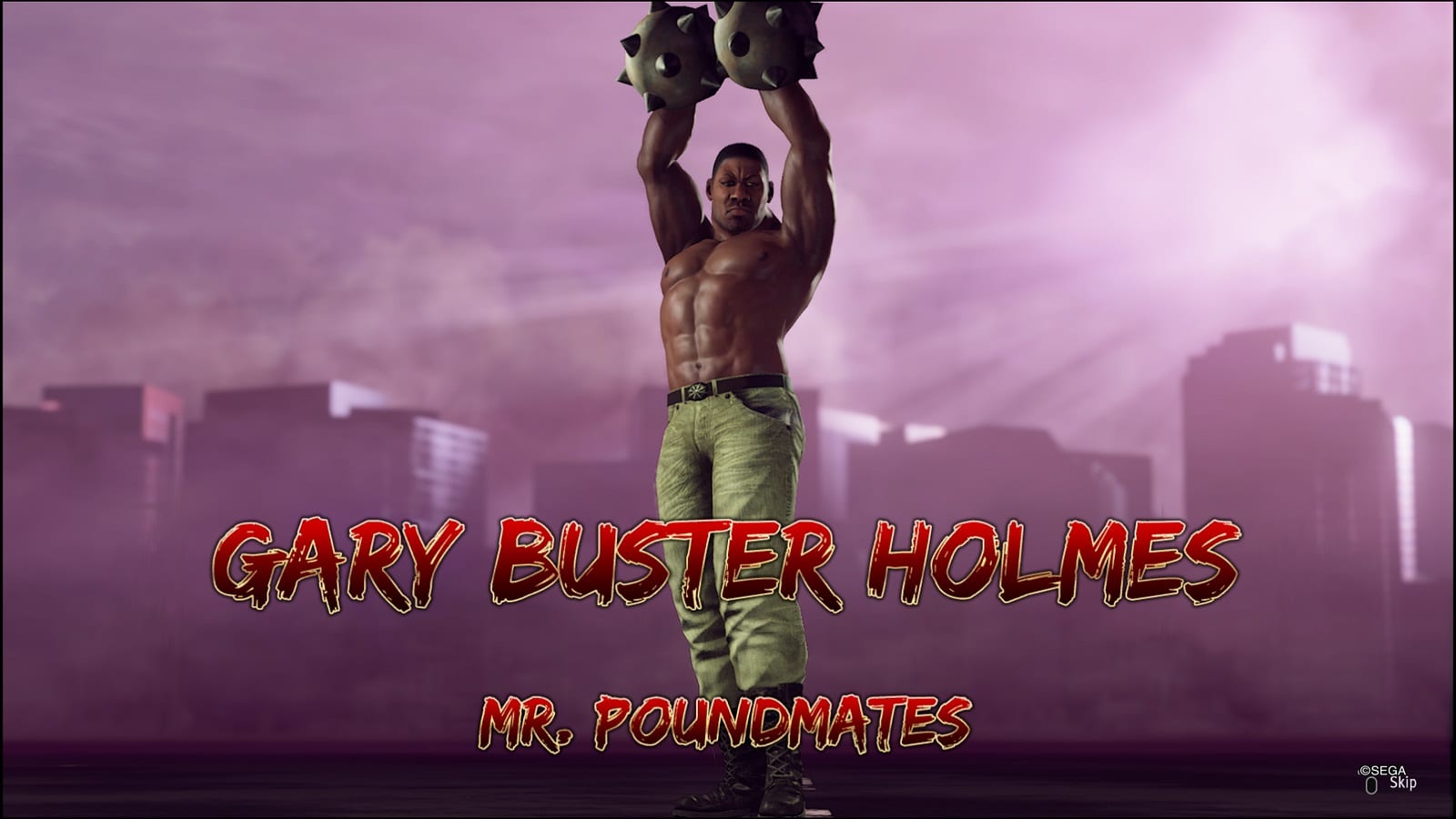 As fun as combat is, it does have a few consistent annoyances, mostly having to do with positioning and timing. Your party and enemies will all walk around the battlefield on their own, even while you’re attacking. This can frequently mean that that wide swing you started while everyone was grouped together is only going to hit one guy now. This happened quite a few times, and it can feel pretty cheap considering how much MP these moves cost to pull off, which is a precious resource in dungeons. To make those attacks hit even harder, you need to either press a button with good timing or mash when prompted. When enemies attack you can also hit another button to reduce damage taken slightly. The timing on some of these button challenges can be a bit confusing, sometimes when I could have sworn I did it right it didn’t count, but they don’t matter too much in the grand scheme of things and keep battles from getting repetitive.

While you may start in the usual setting of Kamurocho, Yokohama is the main setting this time around and it is massive. This is by far the biggest map the series has seen so far, and it’s a ton of fun to explore and see what shops, restaurants, and people there are to discover. Speaking of people, sub-stories return in full force to compliment the more serious (though much sillier this time around) tone of the main story and they’re even voiced now. These side quests involve helping the pawn shop owner move on from the loss of his wife to beating up some Yakuza who are wearing only diapers. These will also improve Ichi’s personality stats like Passion, Confidence, and Kindness which make some skills in battle more powerful among other things. I feel like this is just what’s needed to tie sub-stories into the rest of the game and make them worthwhile outside of Premium Adventure mode after beating the story. You’ll even gain access to new minigames like not falling asleep while watching a movie by doing these, so keep an eye out on your adventures. 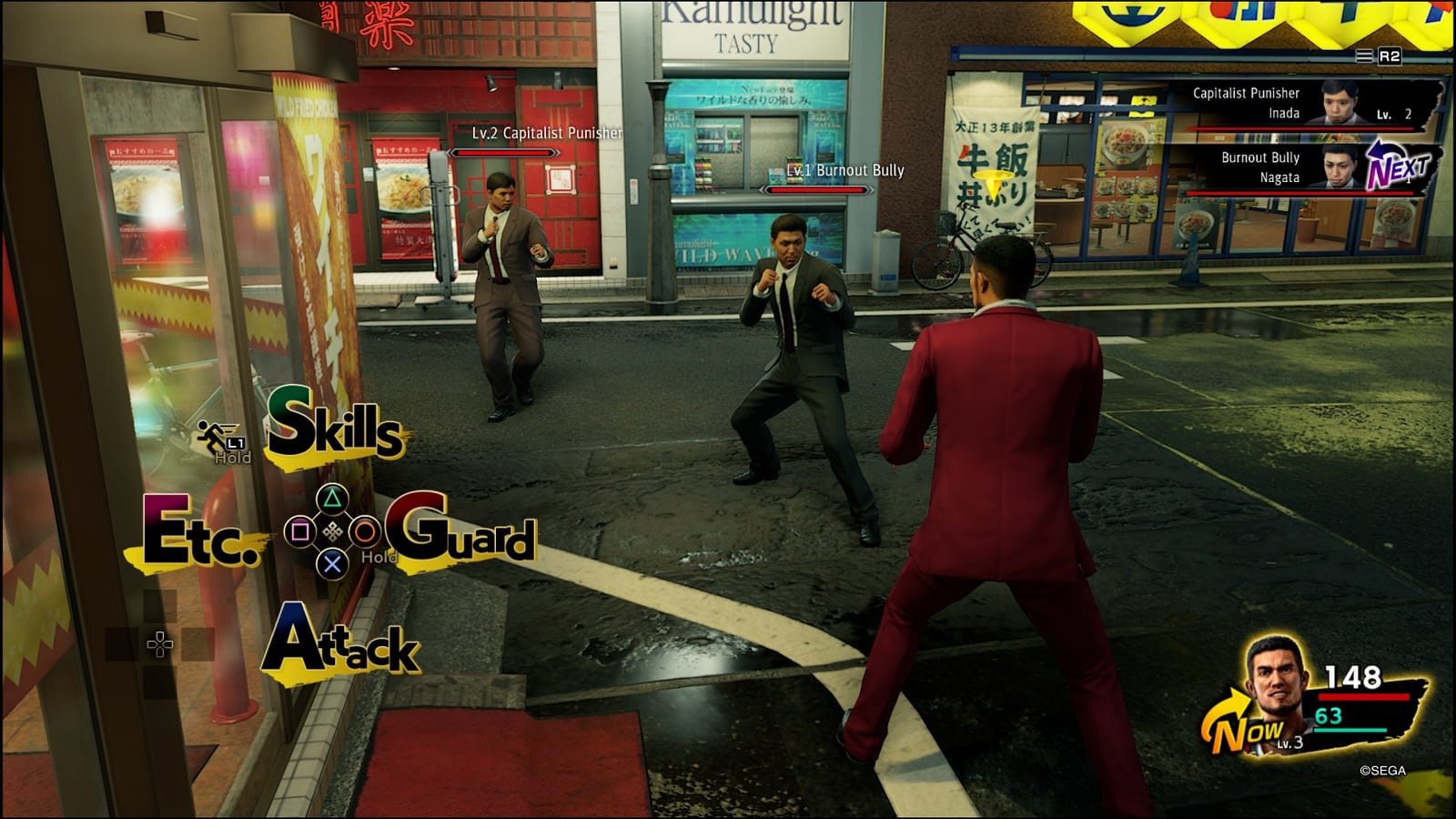 While I don’t want to spoil anything here, the story and characters here are, as usual, top notch. The game has a much greater focus on character though, since you’re running around with a party, and the story itself is a bit more segmented. Each chapter has a mini-storyline to complete while also advancing the main plot a bit, think of how Dragon Quest treats each town you visit. You may be helping a woman keep her favorite bar open, standing up for the homeless, or even saving the elderly from their abusers at points. JRPGs usually have you helping random folks as you save the world, but I really like the approach Like a Dragon takes here. It’s very down to earth and empathetic in its handling of real world issues like unemployment and sex work. It tackles these ideas head on and with nuance, while not shying away from both the horror and humor of people’s predicaments. I’ve always been amazed at how the series can so gracefully shift its tone from deadly seriousness to comedy, and this game may do it the best out of all of them. This is due in part to the fantastic English dub the game now sports after doing the same in the spinoff, Judgement. Both dubs are uniformly excellent, with recognizable actors like George Takei, Yuri Lowenthal, Kazuhiro Nakaya, and Kaiji Tang putting their all into these performances. Like the story itself, they can range from silly to serious and I believe set a new standard for voice over.

As the title of this review states, Like a Dragon is basically a new, big budget Earthbound game in its themes, tone, and combat. It’s especially appropriate as the Mother/Earthbound series was heavily influenced by Dragon Quest, which this game references constantly. NPC dialogue is laugh out loud absurd, with some random kid spewing facts about Kappas or a woman wishing with all her heart to be reborn as a hot stud so she can pick up chicks. Importantly, the game never punches down with its comedy, so while you may encounter strange situations and characters it never feels like a joke is at anyone’s expense.

Ryu Ga Gotoku Studio has topped themselves once again with Yakuza: Like a Dragon! This new take on Yakuza brings a lot of fun, new ideas to the table while remaining its heartfelt self. Turn based combat is somehow a perfect fit for this new direction, the characters are all instantly loveable, and the story is endearingly melodramatic.

David is the kind of person to wear his heart on his sleeve. He can find positives in anything, like this is a person who loved Star Fox Zero to death. You’ll see him playing all kinds of games: AAAs, Indies, game jam games, games of all genres, and writing about them! Here. On this website. When not writing or playing games, you can find David making music, games, or enjoying a good book. David’s favorite games include NieR: Automata, Mother 3, and Gravity Rush.
Related Articles: Yakuza: Like a Dragon
Share
Tweet
Share
Submit