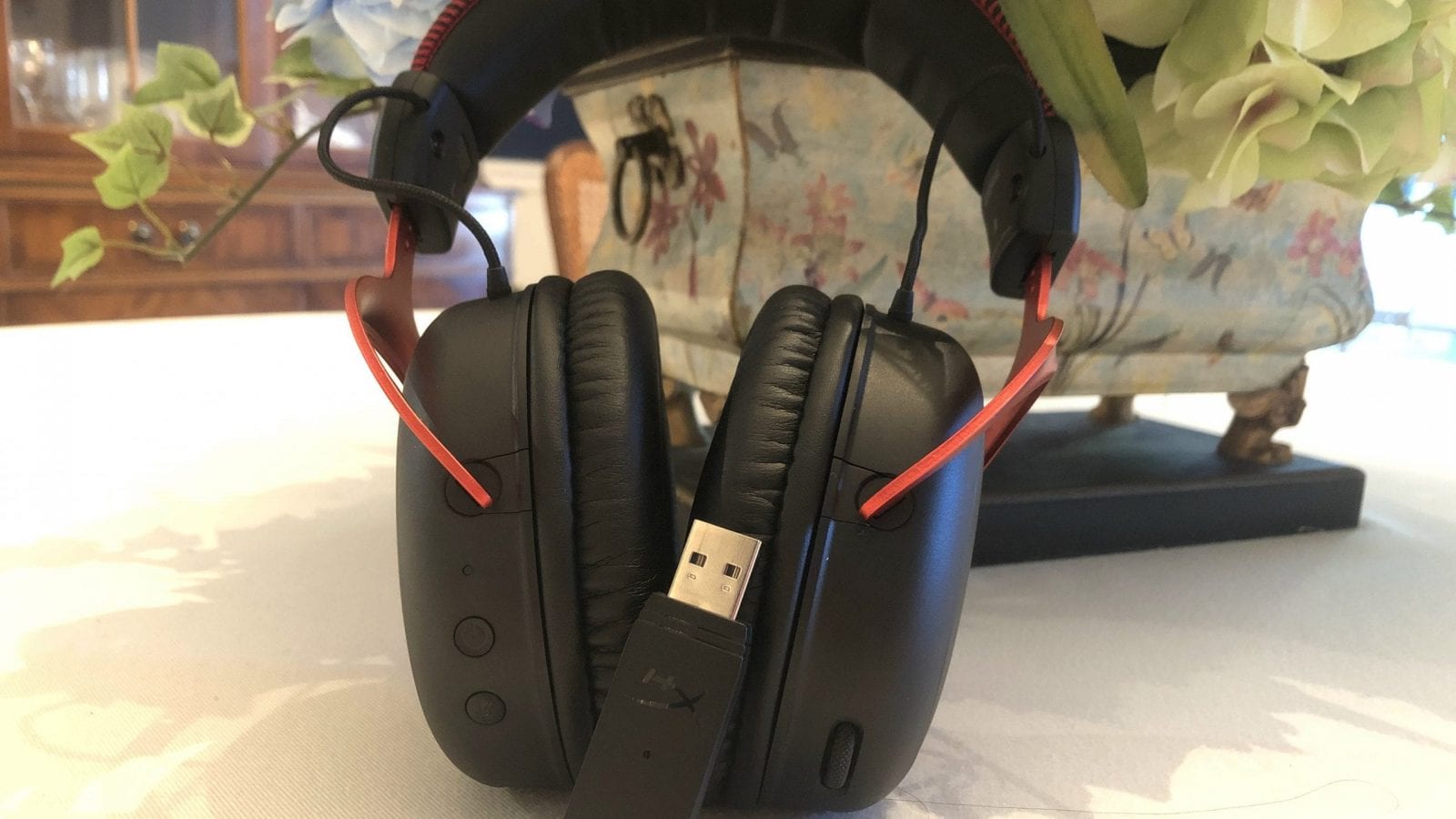 While I may be constantly listening to music and be somewhat of an audiophile, I’ve never actually owned a quality headset. Sure, I may have used a few when borrowing them from my brother, but those are usually broken in some way with a busted mic or the left or right channel not working properly. Enter the HyperX Cloud II headset – it promises high quality, surround sound along with a detachable microphone and volume adjustment wheel, all in a comfortable and wireless package. It’s intended for gaming, but how does it hold up for general use as well?

First off, this has to be the most comfortable pair of headphones I have ever used (which isn’t saying much, but still). The cups are soft and actually fit around my ears comfortably. The device itself doesn’t weigh too much either, so you can wear it for extended periods of time without actually feeling like there’s something on your head. The headband is fully adjustable as well, allowing you to change the length of each cup. The device as a whole has a premium feel to it, it may use the typical “pro gamer” red and black color scheme, but it looks tasteful and professional. 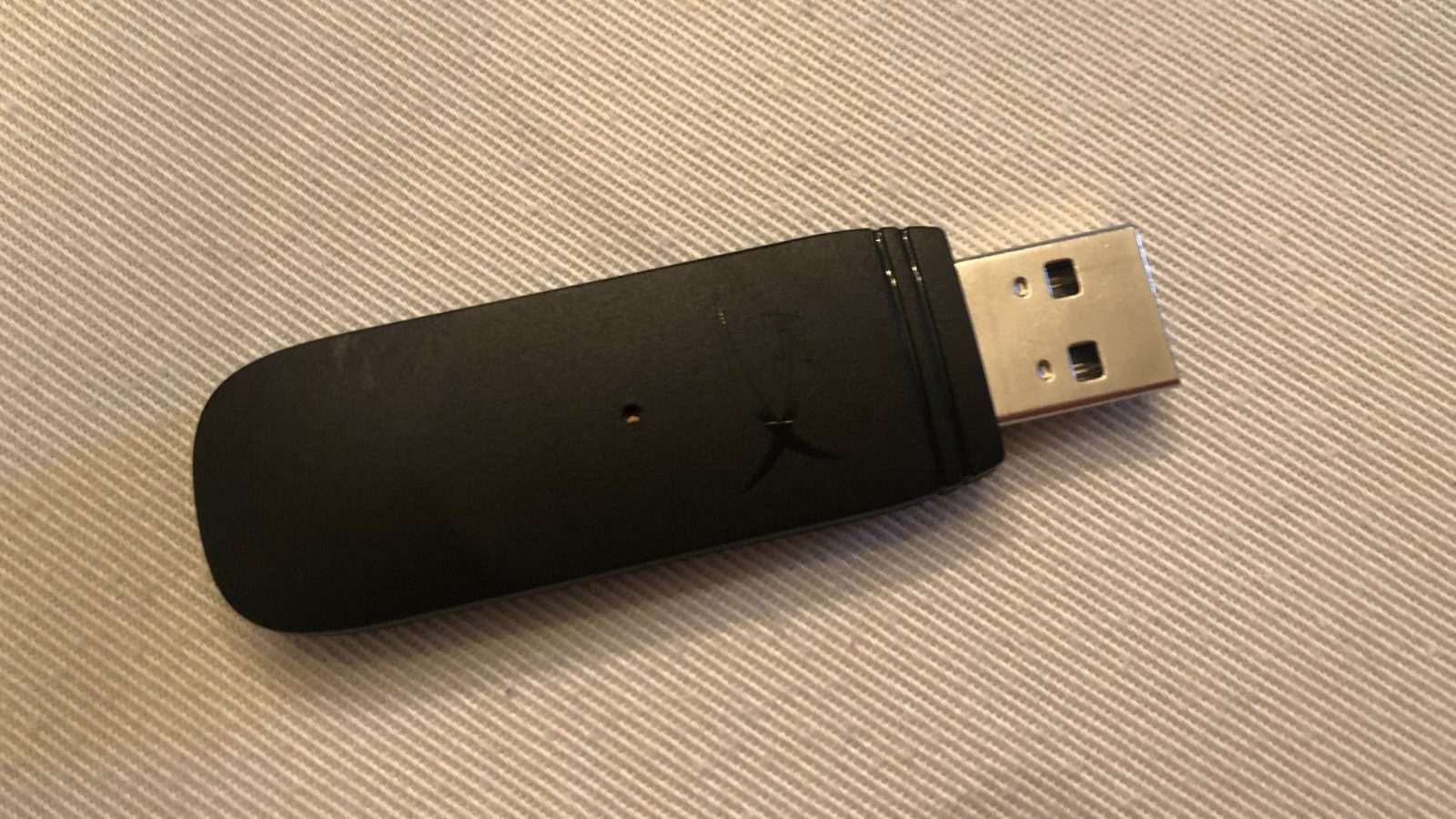 The buttons and volume wheel are situated on the back of each cup, with power and mic mute on the left and volume on the right. It’s easy to tell the difference between the two buttons as one is concave and the other convex, so no need to worry about accidentally turning off the headset when you meant to mute yourself. To further differentiate the buttons, they have distinct beeps that play when pressing them, though these sounds are rather shrill and annoying. The volume slider likewise prevents accidental use by requiring a small bit of force to actually scroll it, but not enough so as to be cumbersome. On Windows, this will adjust the volume of your computer much like using the volume shortcuts on a laptop. When browsing, this is very helpful since it brings up the OS’s graphical representation of volume, but when in a fullscreen application, it doesn’t work at all, which can be a bit frustrating if you need to lower the volume in the middle of the action. On consoles like the PS4, however, you can adjust to your heart’s content whenever you’d like. Since the Nintendo Switch doesn’t fully support headsets, you won’t be able to adjust volume at all, and it will remain slightly too loud forever and always.

The Cloud II works its wireless magic by connecting to an included USB dongle. Simply plug the dongle into whatever you want to use it with, turn on the headset, and you’re good to go. It’s so easy to set up that I actually spent a few minutes looking for drivers to install in case I missed something in the instructions. But no, it’s basically a fancy plug and play device. You will need to charge the headset first by plugging it into a USB port with a USB-C cable, the one that is included is pitifully small though and you can’t use this method to listen to anything- all audio must go through the dongle. There is no auxiliary cord either, so if you want to listen to any device that doesn’t have a USB port, like the Switch in portable mode, you’re out of luck. The wireless does work amazingly well though; I can walk anywhere in my house and still hear what’s playing on my computer a floor above. The only thing that seems to stop the connection is a brick wall, and even then I can still hear snippets from the Cloud II trying to connect.

The audio quality itself is a big highlight of this device. When it says it’s surround sound it really means it, the sound from this thing is incredibly clear and 3D, for lack of a better term. I mostly use a pair of Apple earbuds for daily use, and while I consider those to be good quality I can immediately hear an upgrade in clarity on the HyperX. The headset appears to boost the volume of speech as well, which would probably be helpful in talking with others in online games… If I had any desire to do so. While music does benefit from the additional clarity, the listening experience is unfortunately worsened by this dialogue boost and a lack of quality bass. It certainly makes it easier to hear the lyrics of most songs, but something like Devil May Cry 5’s Devil Trigger just doesn’t hit as hard as it should when hearth through these ‘phones. I also have an issue where there’s a high pitched droning sound being played almost all of the time during use. It’s not noticeable when you’re immersed in whatever you’re listening to, but once you notice it, it’s annoying and difficult to ignore.

They HyperX Cloud II feels great and, for the most part, sounds great. While the clarity and surround sound are incredible, the dialogue boosting and lack of bass stop it from being the perfect general use headset.

David is the kind of person to wear his heart on his sleeve. He can find positives in anything, like this is a person who loved Star Fox Zero to death. You’ll see him playing all kinds of games: AAAs, Indies, game jam games, games of all genres, and writing about them! Here. On this website. When not writing or playing games, you can find David making music, games, or enjoying a good book. David’s favorite games include NieR: Automata, Mother 3, and Gravity Rush.
Related Articles: Hardware, HyperX Cloud II
Share
Tweet
Share
Submit