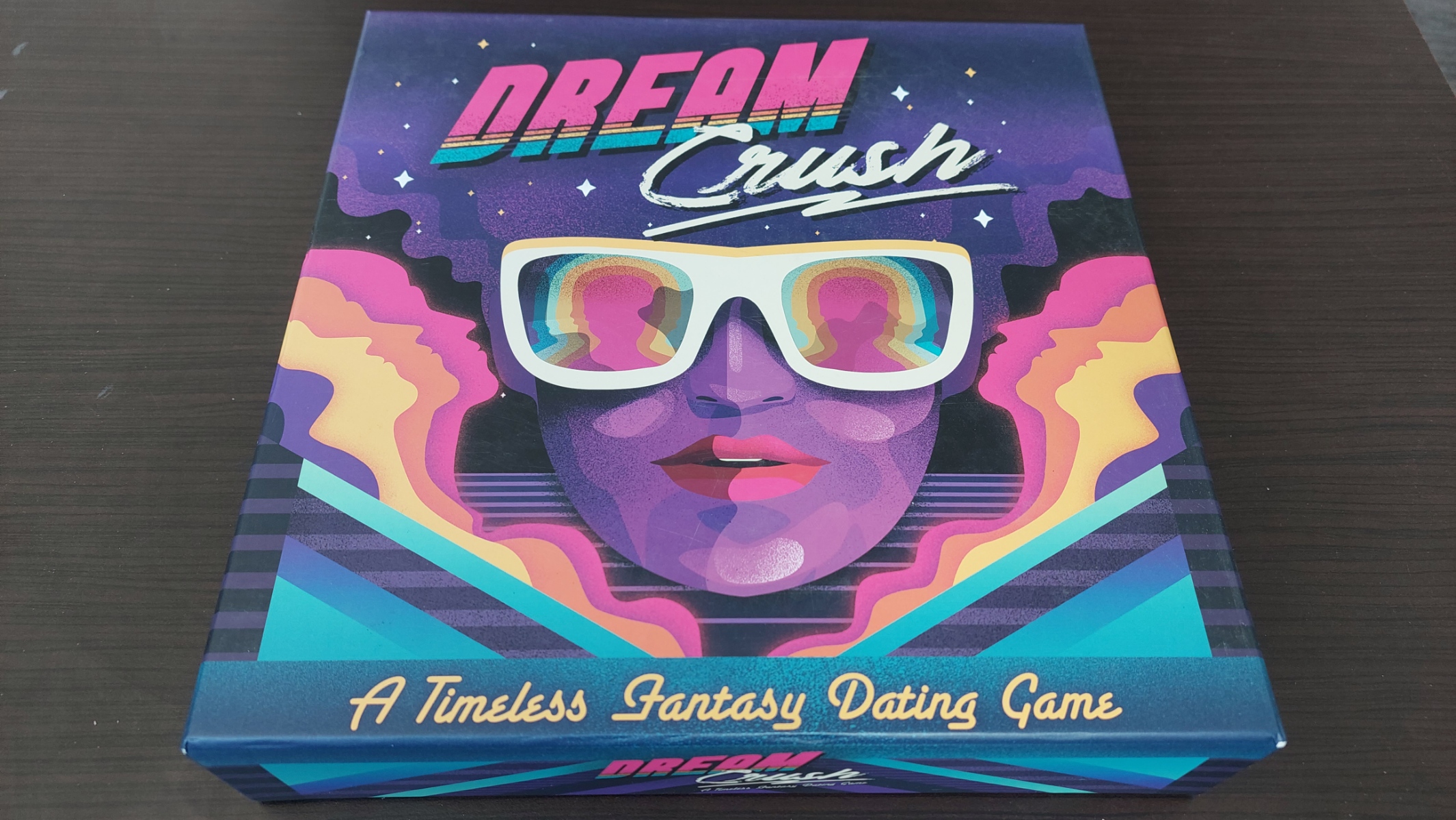 Some of the most delicious foods I’ve ever tasted were jam packed with rich complex flavors, made of the finest ingredients, and meticulously crafted through hours of arduous and delicate labor, and some were plain old fruit, like a plump perfectly ripe mango gently plucked from the tree. Go get some napkins guys and gals, ‘cause this review is about one such fruit, and it’s juicy. Get ready to sink your teeth into the forbidden fruit, except it’s not forbidden; it’s quite harmless actually, Dream Crush! A game about creating fake people, and guessing which of those fake people your friends would date! That’s it really; it’s superb.

Go get the kettle boiling, cus’ it’s time to spill some tea. Forming an easy to follow grid, each of the board’s three columns represents a character randomly selected from a surprisingly extensive array of eccentric stock image candidates and each row lists scrumptious quirks about each character. In each round the subsequent prompt and traits are revealed before the players guess whom amongst the fictitious date lineup their friends would choose. Starting with, ‘Gettin’ Acquainted,” each round’s prompt and traits grow exceptionally spicier than the last. “Gettin’ Serious,” sports joyfully banal prompts such as, “You must bring one crush to dinner with your parents,” followed by the ever juicier, “Gettin’ Sticky,” containing prompts no less intimate than, “You must spend one month hiking the Appalachian trail with one crush.” The final row of traits are called, “Deal Breakers.” 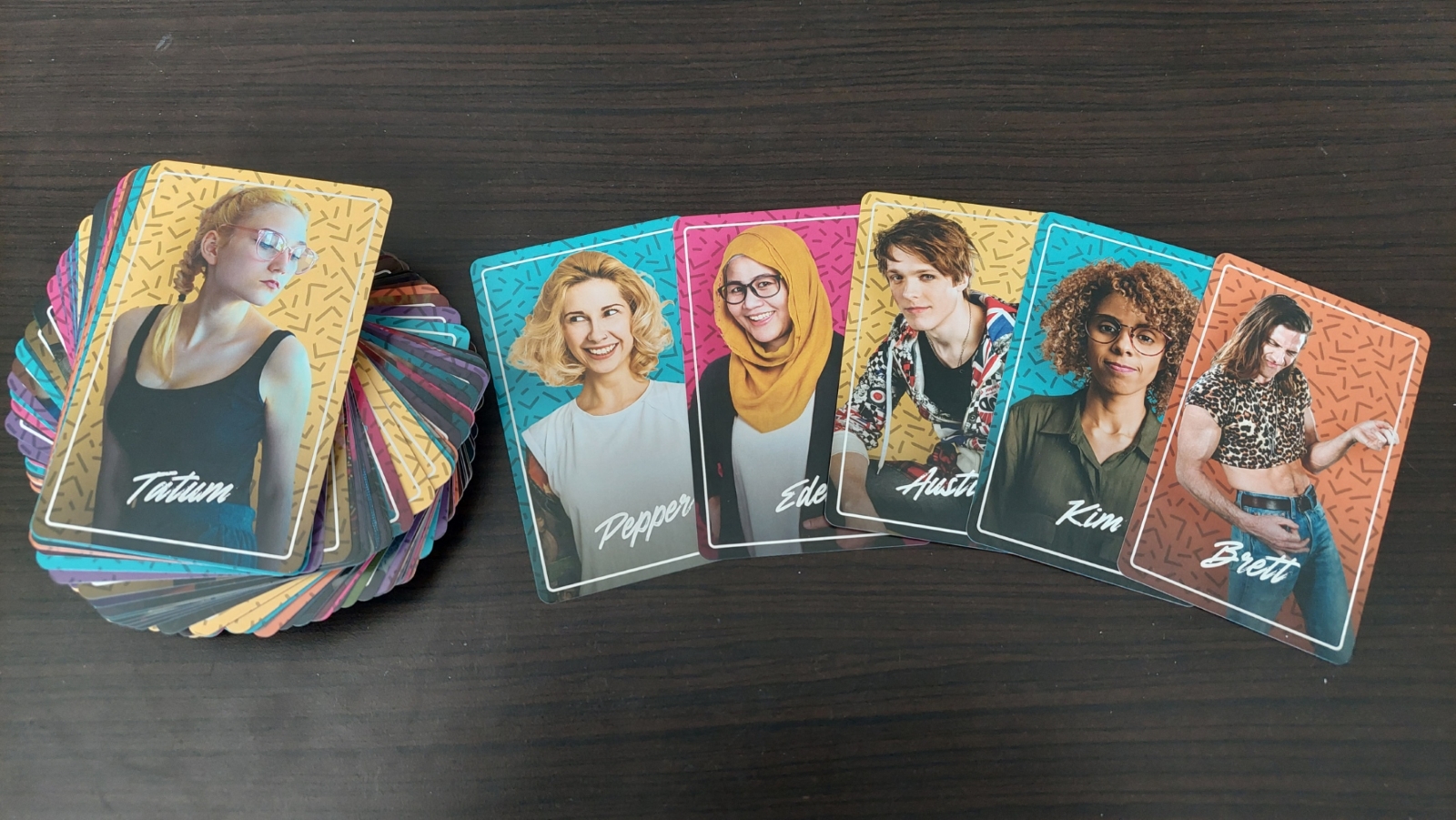 The first round of Dream Crush is good and fun, but the second round is where the real party begins, and each subsequent round builds from there. Once characters have a trait or two established, the next row of traits will have the entire table laughing as they’ll either match their character’s personality perfectly or throw an unpleasant curve ball, and guessing whether those curve balls are enough to turn up your friends’ noses is so much fun! But at what cost? Absolutely none. Somehow, Dream Crush manages to stay completely harmless and inoffensive, a difficult feat for similar games. I was worried playing this game with people I didn’t know very well would dilute some of the magic with awkwardness, but my fears were mostly unfounded. Dream Crush plays slightly better with people you know, but it’s still a total blast otherwise.

Dream Crush is surprisingly well made too! The box is absolutely gorgeous, the components are sturdy, and the rule book is even called the “Dream Diary.” The grid board and color coded traits allow for incredibly simple set up and explanation, just put the orange squares on the orange squares, and the pink squares on the pink squares, etc. Just about anyone can enjoy playing Dream Crush. Not many board games can uphold that claim. 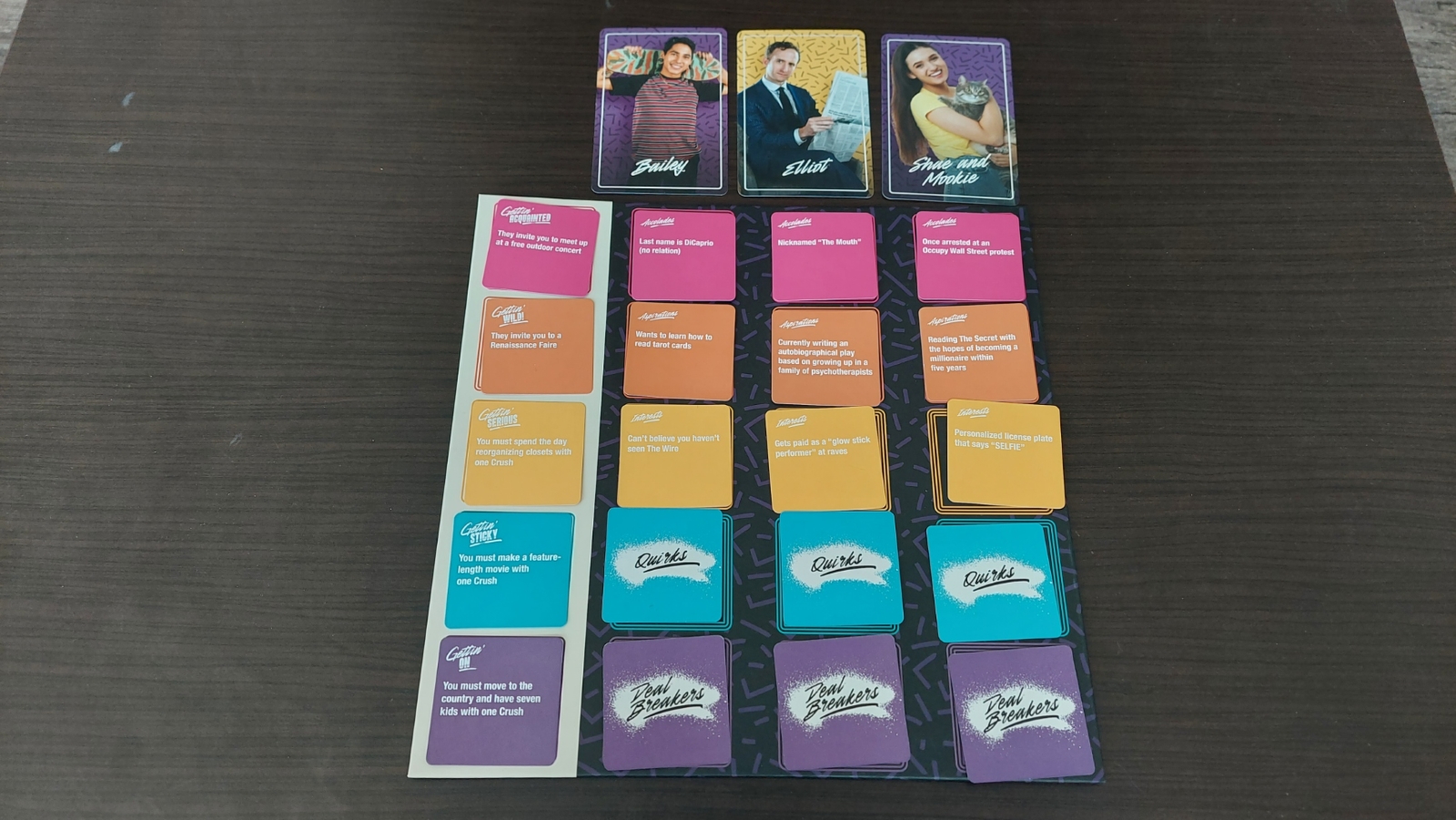 Of course, there are a few issues. Using the same three characters for an entire game is just not enough. If a character gets a bunch of good traits and becomes the obvious choice every round, the game is no longer a game. Thankfully, this can easily be ameliorated by simple house rules. I recommend playing with five rather than three characters, and each time a candidate is picked by absolutely no one, replace them with a brand new candidate with a set of new traits. I also wish the game came with some cheap pencils and more score sheets as I ran out after five or six plays and kept forgetting to supply my own writing utensils. 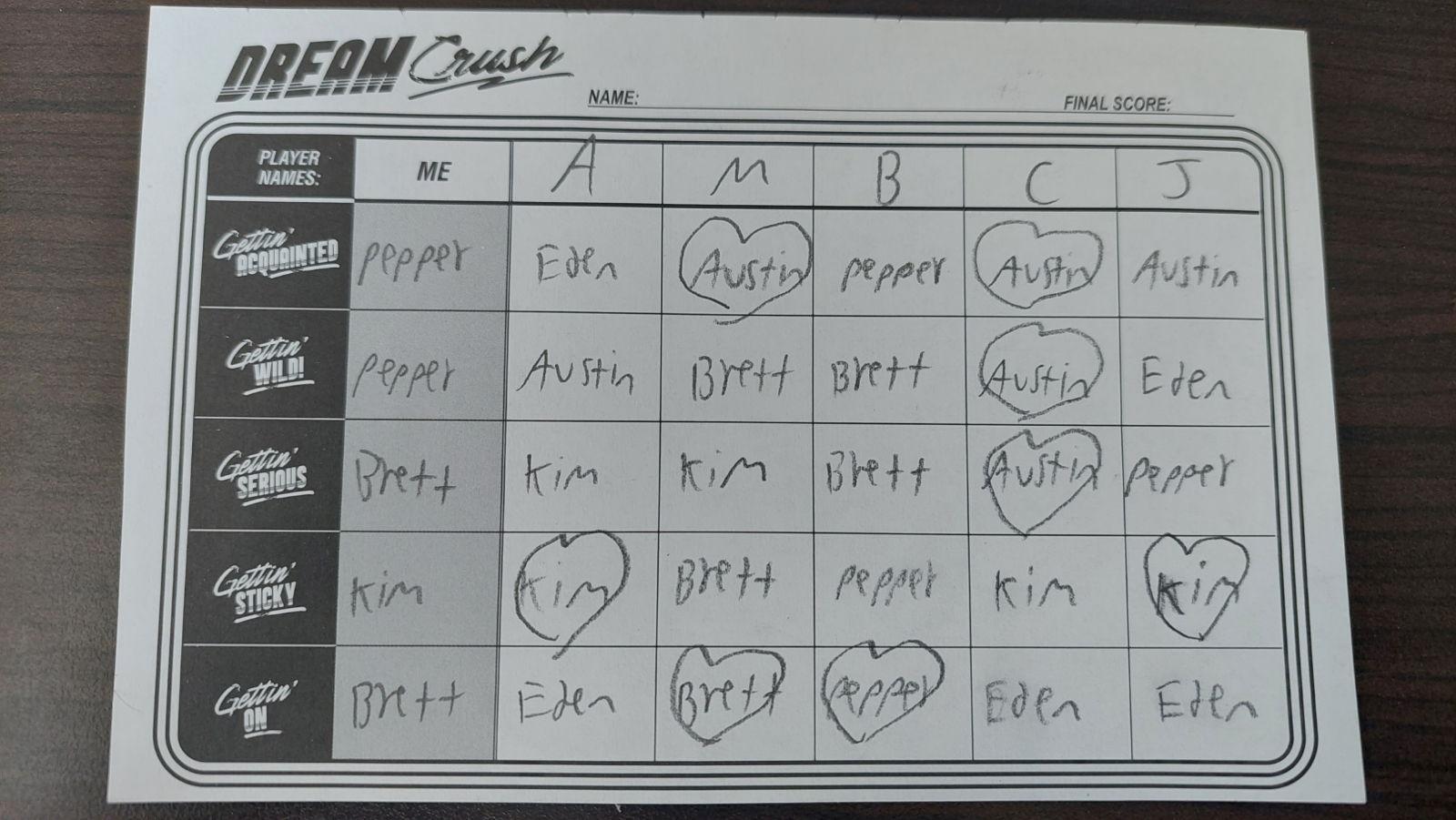 Dream Crush guarantees laughs with no hurt feelings, and it’s easier to get on the table than freshly baked apple pie. If you are interested in sharing a good laugh with your friends, even ones who have never heard of board games before, consider Dream Crush.

Ellis is a fledgling table top hobbyist with a passion for finding and sharing novel experiences. Always on the hunt for a good laugh or competition, Ellis hopes to draw deserved attention towards any conduit of positive memories, small enough to fit on a table.
Related Articles: Dream Crush, Tabletop
Share
Tweet
Share
Submit