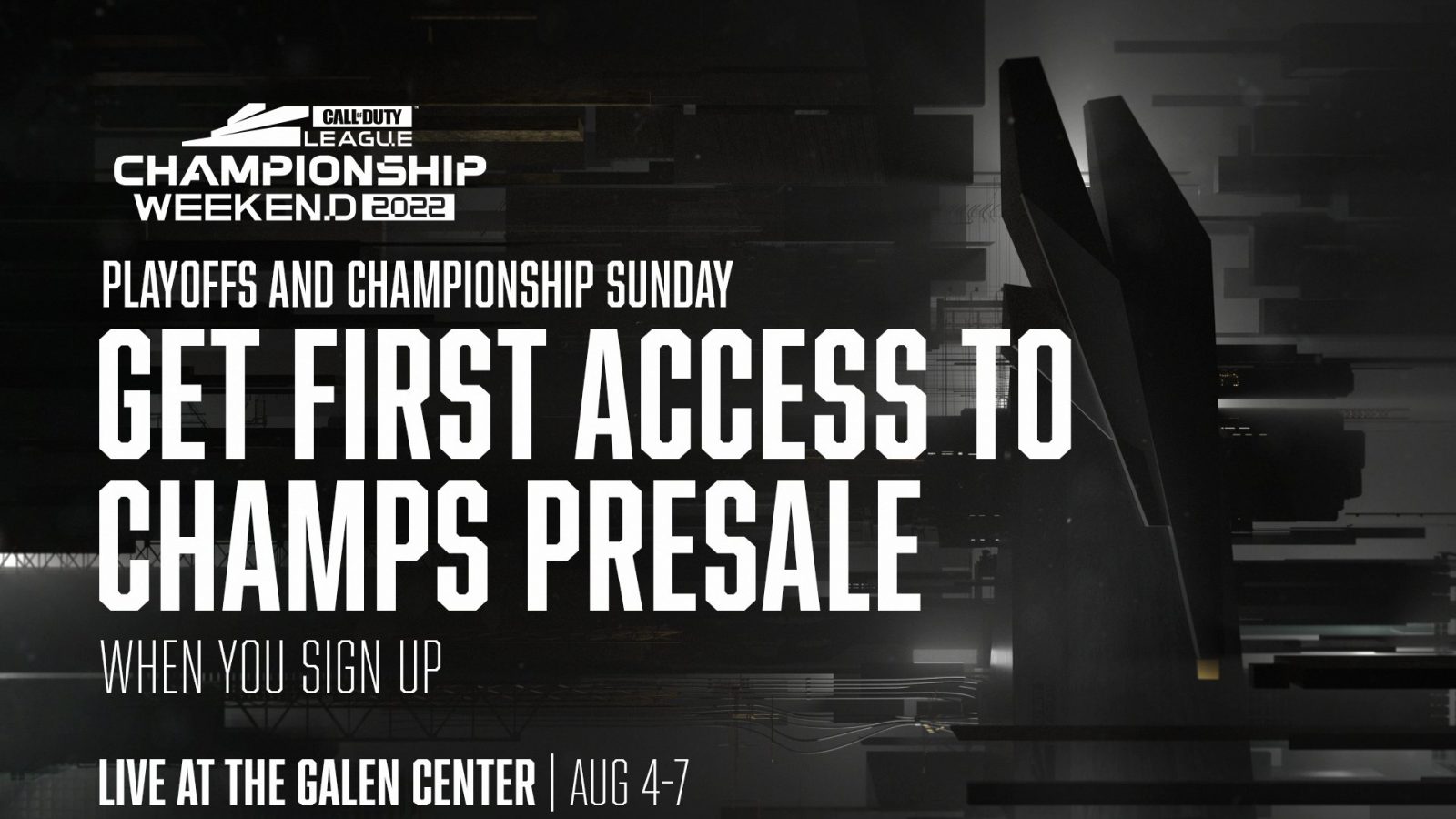 Love or hate Vanguard, we can all agree that Call Of Duty’s Champs is one of the premiere championships in eSports. It was announced several days ago that this years event will take place at the Galen Center, the same place we watched Atlanta Faze take home the crown in last years affair. We’ve still certainly got a decent amount of Call Of Duty left to play (and Gaming Trend will be covering it all starting next weekend), so in the meantime sign up via the links below to be ready once ticket sales go live.

We're Runnin' It Back | Call of Duty League 2022 Championship Announcement

Run it back! The Call of Duty League 2022 Championship Weekend is going down August 4–7 at the Galen Center in Los Angeles, California. The biggest moment in Call of Duty esports is coming up fast and the stakes couldn’t be higher.

Only the top eight teams will earn a spot to the Playoffs and NY Subliners Major IV is the last chance for teams to make that final push for a chance to compete in the final match on Championship Sunday.

Presale: The Championship Weekend Presale begins Monday, June 27 at 11am PT. The only way to get access is to sign up for the Call of Duty League newsletter. Only our subscribers will get a code and save $5 on tickets.

On Sale: All tickets go on sale Thursday, June 30 at 7am PT.

Bracket Format
Only the top eight teams qualify for the Call of Duty League Championship Weekend. But there will be several important changes for the 2022 Playoffs and Champs.

What does this mean?

Eight Challenger Teams will qualify to participate in the Challenger Finals event with $250,000 on the line to conclude the 2022 Season. The two-day eight team double elimination bracket will consist of four Teams from the Global Challengers Leaderboard & four Teams from Last Chance Qualifiers (one from each Region: North America, Europe, Asia Pacific, Latin America). Travel & lodging will be provided for all qualified teams.

The Boston Breach Challengers Open will be the last chance to earn Challenger points for the 2022 Season. Last Chance Qualifiers will take place online two weeks following the Boston Open on July 24. We’re so excited to have our first Global Challenger Finals of the Call of Duty League era!