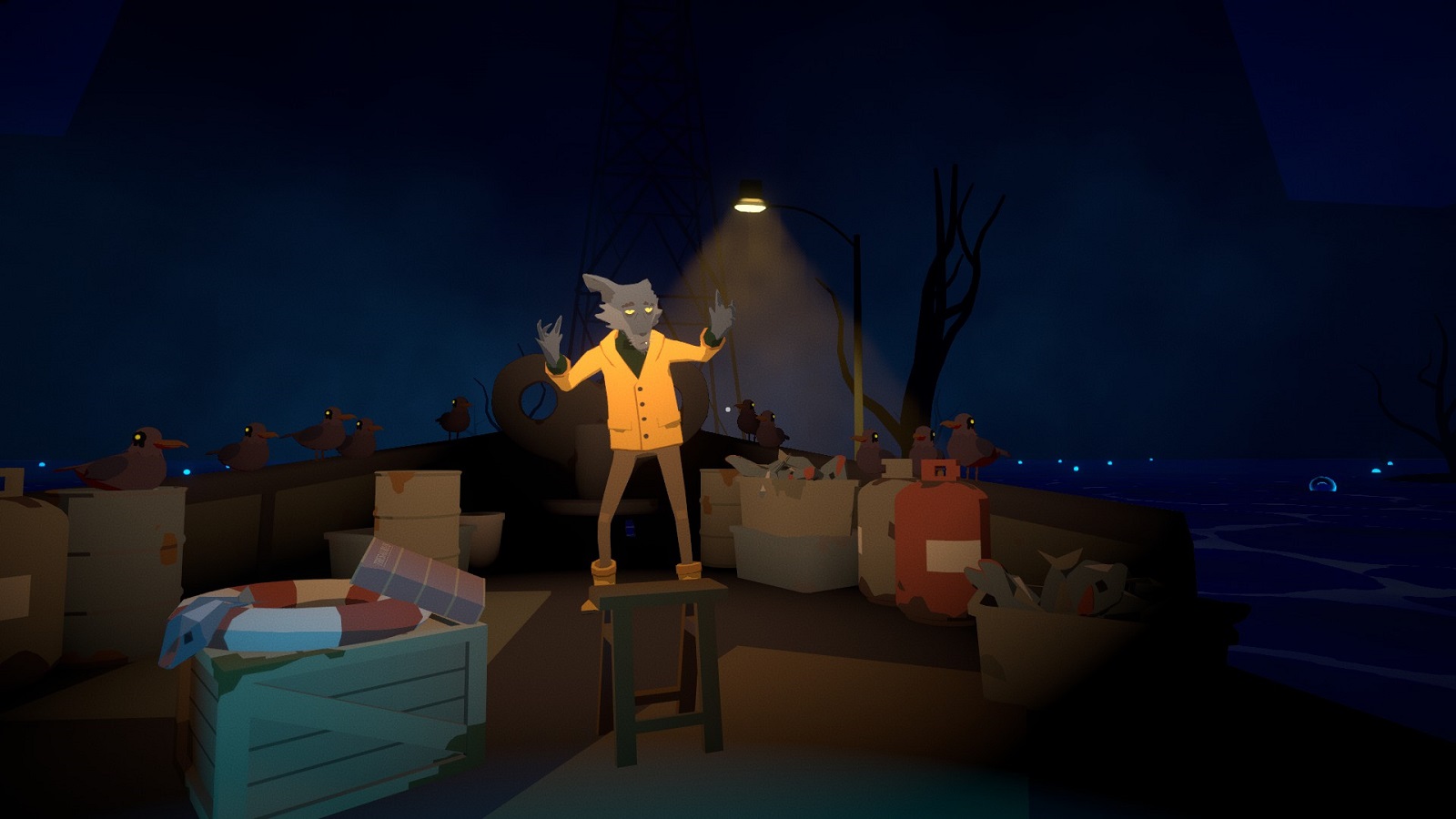 Before Your Eyes is not the most polished game. The writing is sharp, but it could stand to be better. It certainly doesn’t break any new ground, and it doesn’t draw out the full potential of its signature mechanic. The game is nothing like what I expected it to be; it let me down in some aspects, but despite everything, its touching story and presentation moved me in ways I was not ready for. Each of its individual parts is nothing to write home about, but everything pulls its weight in the end to create a compelling experience that resonated with me the way few games have. The game’s got heart, and none of those flaws can really take that away.

It’s a compilation of the greatest joys and pains of life, distilled, bottled, and thrust onto the screen. The story is raw, authentic, powerful, and invites you, the player, to engage with it and become part of Before Your Eyes’ narrative. It asks you to make decisions, to relate to its characters, and to see life through the eyes of the protagonist, hopefully seeing a piece of yourself in him too. It’s difficult to discuss without spoiling the plot, but Before Your Eyes nails all the right beats, and manages to turn a tried-and-true, if not cliché, tale into something with much more weight. 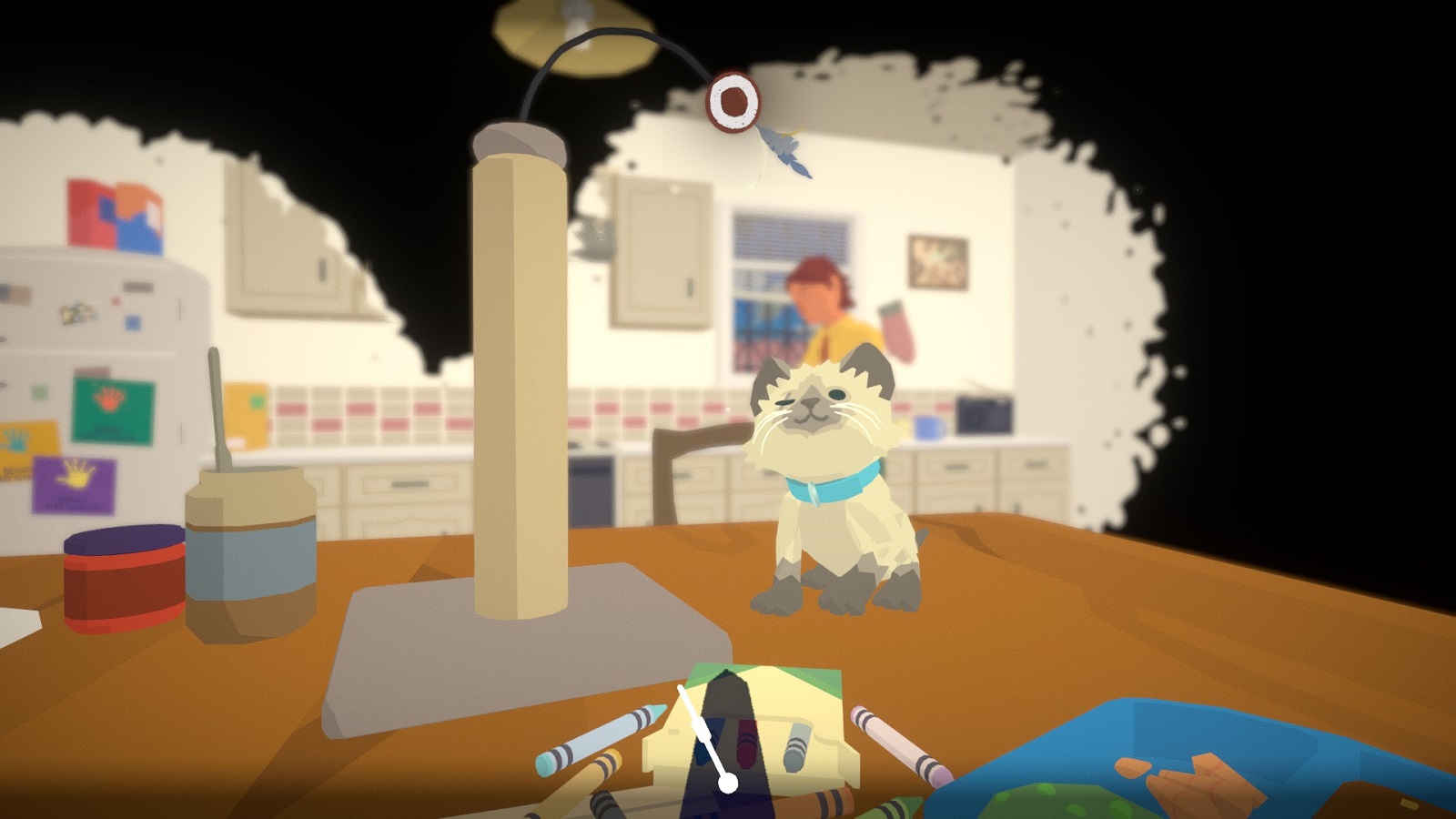 The game opens up on a boat, where a newly deceased character named Benny is trapped in a one-sided conversation with the ferryman. The goofball of a Charon stand-in explains that you’re dead, and on your way to be judged. The ferryman asks Benny to retell his life to appease the gatekeeper and earn his spot in the afterlife. The kicker is that Benny never speaks, and so the two take a trip into his memories and relive the defining moments of his life instead. Joining them are Benny’s parents and childhood friend, whom most of the vignettes include. It’s an hour-and-a-half rollercoaster of stimuli and emotion from there.

The low-poly, vibrant visual aesthetics complement the childlike sense of wonder conveyed in each memory. The soothing music, equal parts melancholic and hopeful, provides cozy accompaniment. The brisk pace at which everything flies at you keeps boredom away, while light gameplay gives you just enough to latch onto. Principal among the game’s features is a blink mechanic, which goes beyond just a press of a button and asks you to plug in your webcam. And, given the pandemic, you’re more likely to own one than at any other point in your life. Unfortunately, for anyone sporting that quarantine cut, this does mean you’ll have to get your hair out of the way. Glasses, glare and all, are another big obstacle I ran into; although there is an option for glasses wearers, I can’t say I had too much success with it.

The blinking mechanic replaces what would otherwise be standard point-and-click gameplay with something a touch more intimate and fitting for the narrative. Benny can’t move around in each memory, but he can look around. You’ll still, however, need to move the mouse cursor to highlight options and icons; blinking just replaces left mouse click. But the two most interesting applications of blinking come, ironically, when you’re not blinking. At certain points in the story, you’re instructed to keep your eyes open as long as possible — first to prolong certain memories for yourself, later for more significant reasons. Additionally, there are times when you’re made to close your eyes to better eavesdrop on other characters. 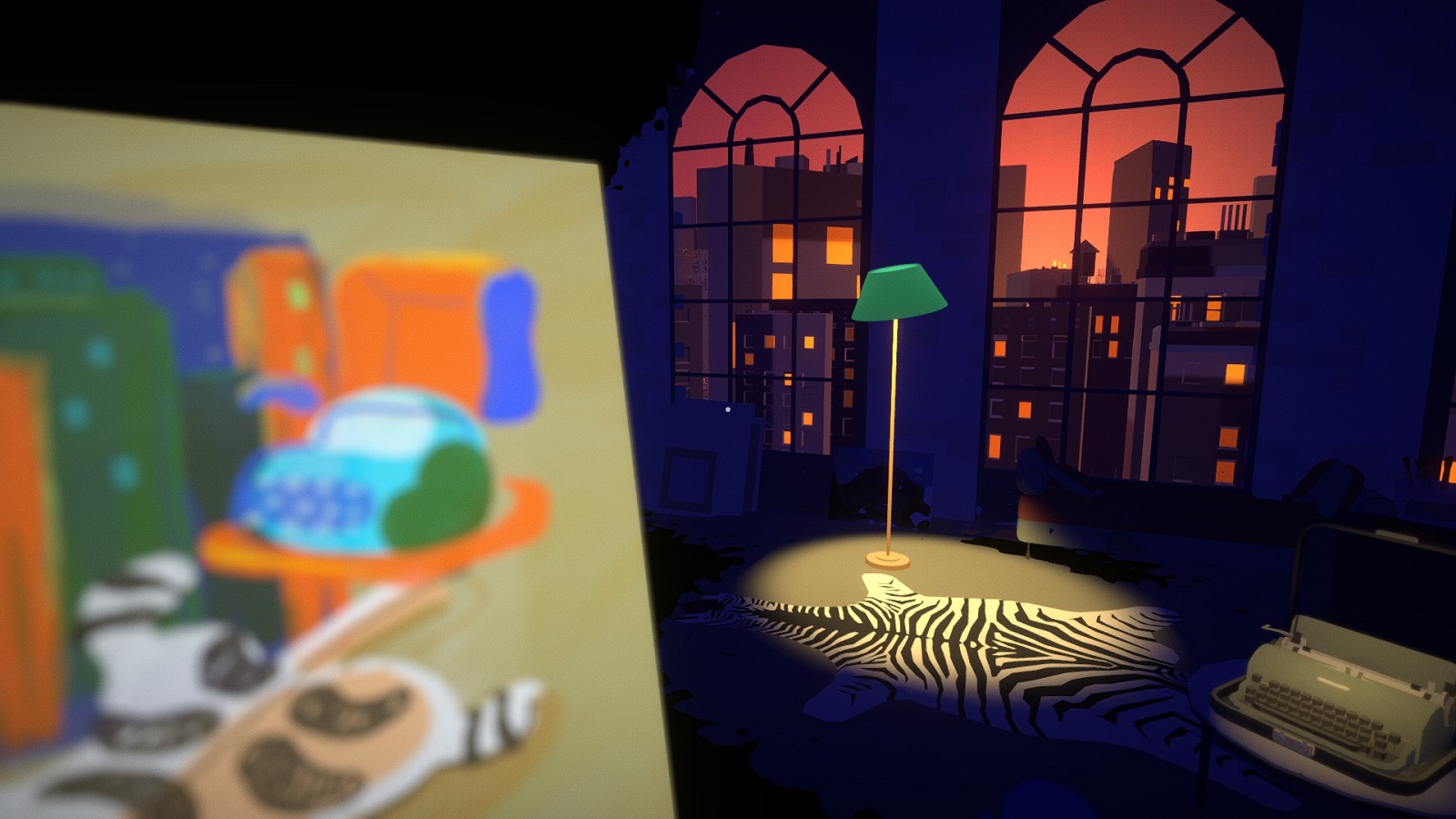 The making of a masterpiece.

The second, in particular, sounds incredibly imaginative, but I wasn’t able to get it working myself despite my many attempts at recalibrating and playing with my lighting. Luckily, there’s an option to replace blinking with standard mouse clicks, which I had to toggle on at several points to progress. The annoyances that come with the blinking mechanic, from the constant recalibrations to my difficulty with lengthy staring contests with the game, often prove it to be more harmful than helpful. Keeping my head perfectly steady at all times was also hugely irritating. Many of your more involved interactions still come from mouse movements, with only a few making meaningful use of the blinking mechanic. The ones that do are often frustrating to deal with. Because my experience was marred by a myriad of issues, it’s hard to claim that I was more “immersed” using the webcam than the mouse. I desperately wish that this wasn’t the case, and that I could’ve enjoyed the game’s intensely emotional beats to their fullest.

Players are given agency in the form of straightforward decisions, which, other than to select them, have little to do with its signature mechanic. But, there’s just enough to add your own personalized touch to the story. The fairly linear story doesn’t demand any serious input from the player to begin with, although the ill-explored blinking mechanic does limit potential engagement. There have been multiple points throughout the narrative that I wish could have been more involved. Still, the audiovisual experience, on top of relatively solid voice acting, never failed to keep me hooked.

Before Your Eyes’ script has its highs and its lows, as does its voice acting. Certain lulls in the storytelling and awkward plot points got an eyebrow raise out of me here and there. But, the game seems to be comically self-aware when it comes to its own shortcomings. That, and how it leverages its strongest elements are the main contributors to the story’s success. The narrative remains relatively untarnished, but that doesn’t mean it couldn’t be improved. Mechanically, it falls short of its true potential, but you can’t help but get swept up in the journeys of these characters. It’s a fun reminder to enjoy life and live it on your own terms, and that makes it more than worth your time.

Mechanically, it falls short of its true potential, but you can’t help but get swept up in the journeys of these characters. The game’s got heart, and none of its flaws can really take that away.

A self-deprecating, overly sarcastic pair of glasses that occasionally possesses a human host in order to partake in the delightful process of playing video games, then immediately complaining about them. When he is not playing games (a rare occurrence), he can be found either writing about things that no one cares about, or haunting the quiet streets of his Canadian suburb.
Related Articles: Before Your Eyes, Indies
Share
Tweet
Share
Submit