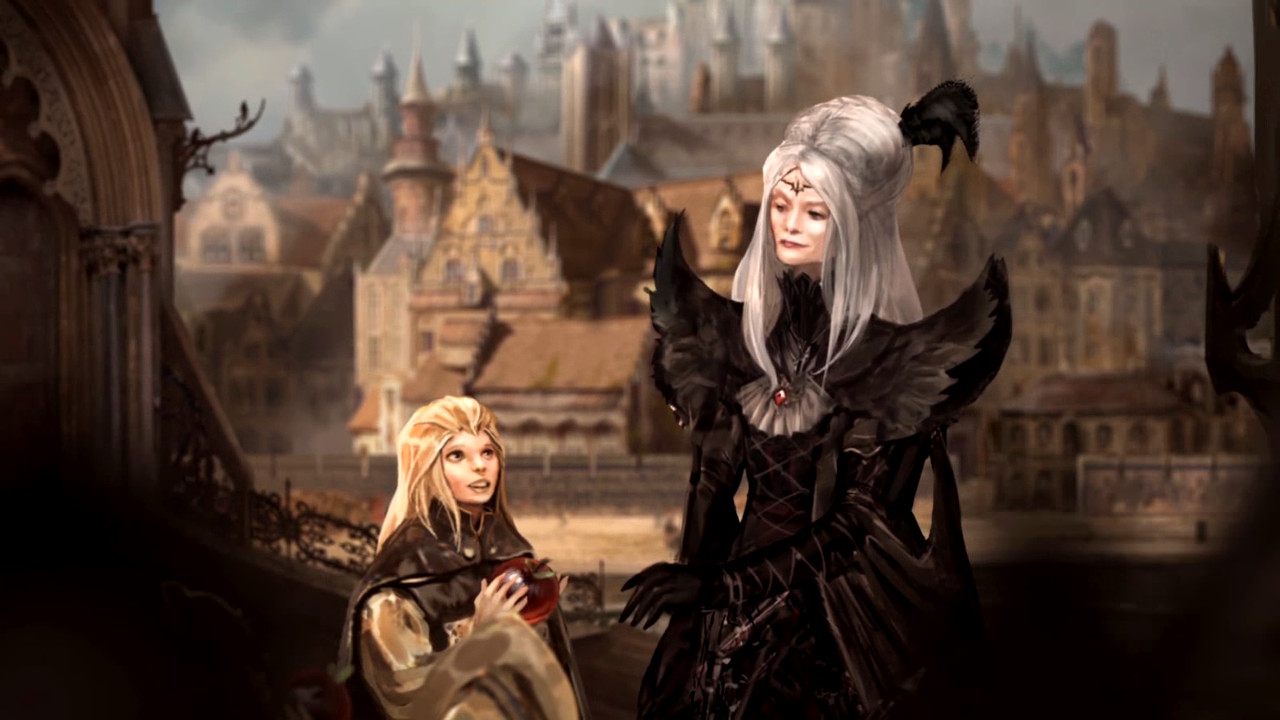 I think it’s safe to say that Divinity: Original Sin 2 is one of the greatest RPGs ever made. Our own Editor in Chief gave the non-definitive edition a 95, and I completely agree with his opinion. Essentially, it’s only flaw is that it has so much to it the game can be overwhelming. Said definitive edition added new story elements, dialogue options, characters, and generally improved the overall balancing. With the rerelease of the physical, Limited Run game cart on Switch, we thought it would be fun to take one last look at the game, particularly focusing on this console version. So let’s get straight to the Source, and dive right in.

With the passing of the Divine, the Magisters have been rounding up any and all people who can use Source magic to ship them off to Fort Joy. There, the Sourcerers are collared and left to essentially fend for themselves. Obviously, you don’t take kindly to being held prisoner, so you and three companions make your escape. Along the way, you discover that you’re a Godwoken: someone with the ability to become the next Divine, essentially a living god. The world needs a Divine to hold the void at bay, but only one among you may ascend to divinity…

Original Sin 2 is already starting off with a captivating premise, but it only gets more interesting from there. Each side quest (more or less) presents its own deep, complex dilemma that you can engage with in whatever way you see fit. You can be a goody-two-shoes, a right evil bastard, or anything in between or outside. It’s rare for a game to give you choices that actually matter, but Divinity has them in abundance. When people say even two or three multiple playthroughs of this easily 100 hour epic won’t be enough to see everything, they mean it.

As an example, I spent about 17 hours in what’s supposed to be the tutorial area. Now I’ve played through this section several times on PC, but I still found new quests and locations this time around. Even then, I feel like I might have left a few stones unturned or had quests conclude in different ways. The massive scope of the game might make it more difficult to whip out on the bus for a quick session, but that’s just because there’s so much to discover you’ll want to follow the dozens of threads you’ll come across every few minutes with not enough time in a bus ride to do so. 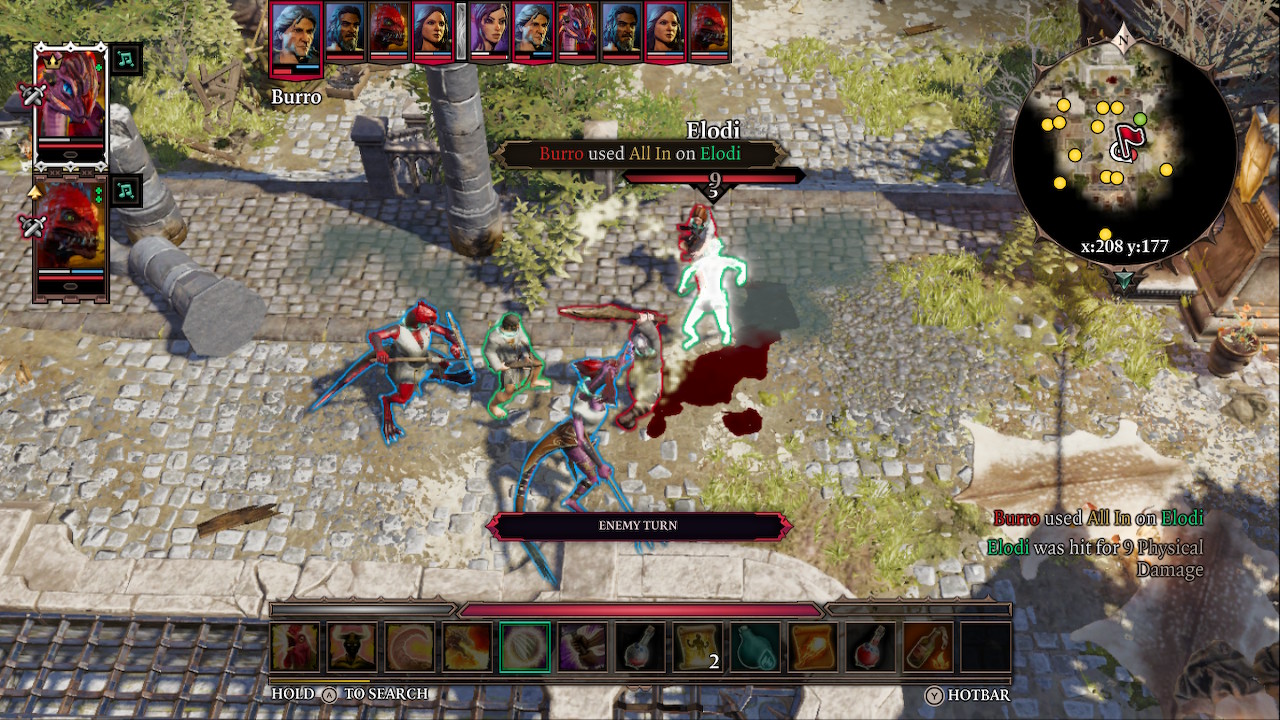 On to the Switch port itself, in a word it’s fine. Not great, with very long initial loading and saving times, but not bad, the visuals are still surprisingly detailed. The controls are probably the biggest issue with the game. It’s clear the game was designed with a mouse and keyboard in mind, and while the gamepad menus and controls are good enough I can’t help but feel they could be better. If you’ve played the more recent Baldur’s Gate III Early Access by the same studio, they’re essentially the same, but more polished in a finished product. Instead of clicking where you’d like to go, you control your character directly with the left analogue stick. Anything directly in front of you that is interactable with the A button will be highlighted in white, and if there are multiple items you can swap between them with L and R.

At least, that’s the idea – it’s a little more clunky in practice. For example, every time I tried to climb down a vine, I would accidentally talk with one of my companions instead. This happens a lot more than it should in every situation, and like I said in my BG3 Stadia preview I think a more traditional 3rd person control scheme would work miles better using the camera as a sort of “cursor”. Speaking of, combat automatically swaps over to cursor mode which you can access at any time by pressing in the left stick. Once again, it works decently well but does lead to some strange situations. If you’re trying to walk under a raised platform, sometimes clicking where you want to move will for whatever reason place your character’s destination on top of the raised platform. Targeting with this cursor is a bit wonky too, with you having to place the cursor slightly above where a character is standing to actually target them, which is admittedly a problem even the PC version could suffer from. At least some of these problems could have been solved with touch controls, but sadly they don’t exist here, even though they do in the iPad version. 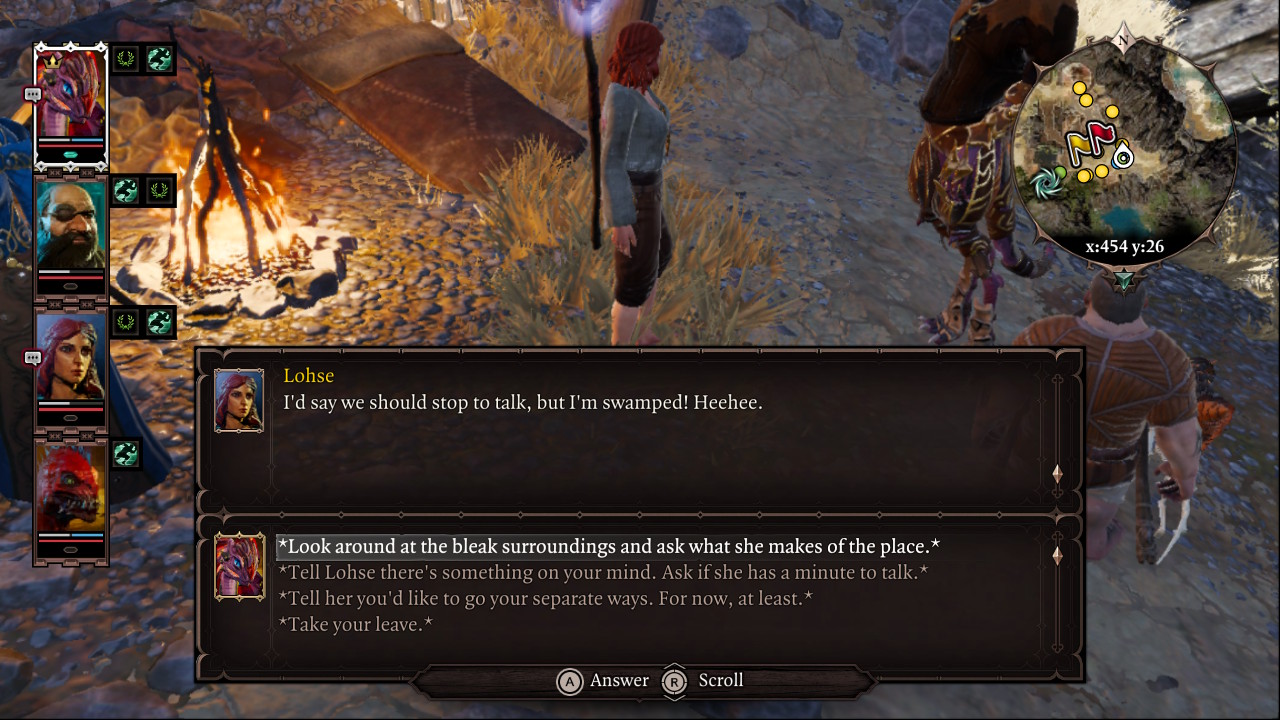 There are a few issues that seem specific to the Switch version, namely the camera. While I haven’t played the other console versions, the maximum zoom on Switch feels a little too close. Presumably, this is for performance reasons along with the reduced visual quality and maximum frame rate of 30. This is a much more cerebral game, however, with narrated descriptions and your imagination doing the heavy lifting, so the latter two aren’t much of an issue. The cramped camera does make it much harder to keep track of everything in combat and may cause you to miss some things while exploring.

With that in mind, this portable version of Divinity still serves as a perfect companion to the PC version. You can transfer your save between Switch and Steam, which is especially useful as you cannot play multiplayer between the two. At least, that’s what I would say if I had the Steam version – you cannot transfer saves between Switch and GoG, so I’m not able to test this. If Larian reads this, please add GoG save transfers so I can play this game at least seven more times. 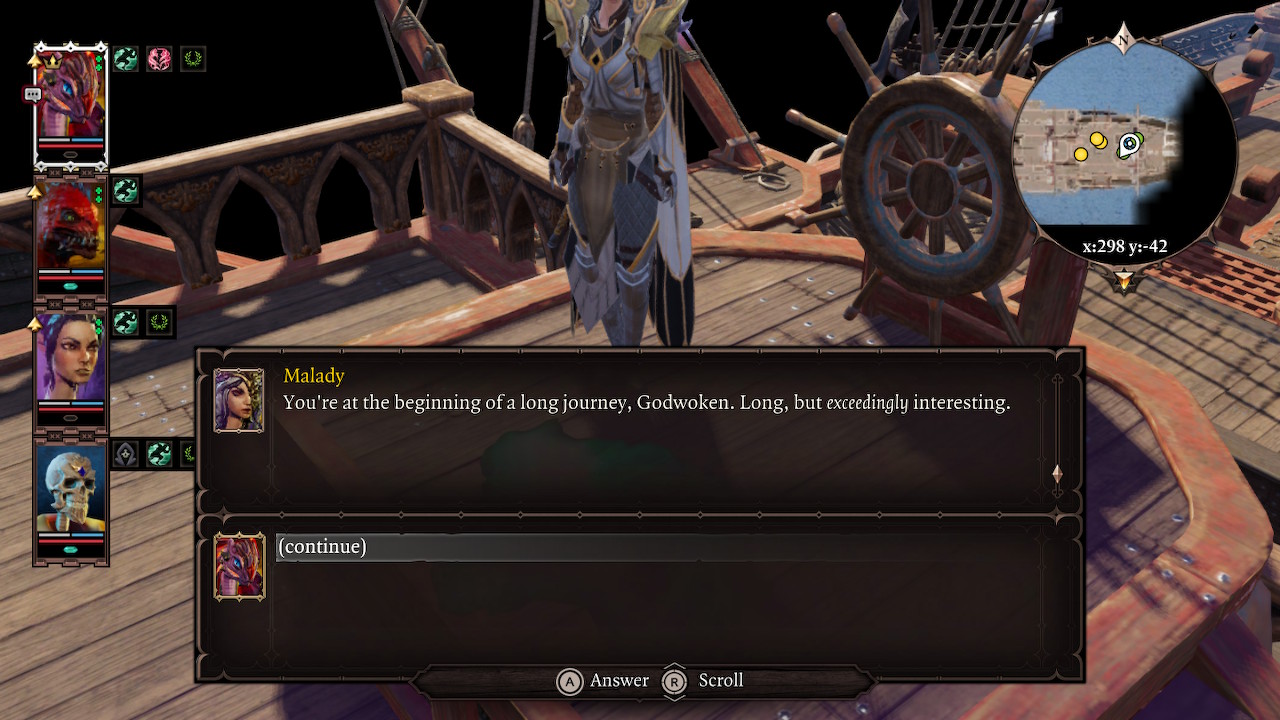 Moving on from my pitiful begging, Original Sin 2 on Switch is definitely not a bad way to play one of the best games ever, if not entirely ideal. Sure, I wish I could play with PC players and zoom the camera out further along with having an improved control scheme, but it’s still fun as hell any way you put it. If you haven’t played it multiple times already, you owe it to yourself to check out this modern masterpiece.

If you can’t play on PC, Divinity: Original Sin 2 on Switch is a perfectly fine way to play. It has its issues and quirks that make it more of a companion to the PC version, but being able to play wherever you want makes up for it.

David is the kind of person to wear his heart on his sleeve. He can find positives in anything, like this is a person who loved Star Fox Zero to death. You’ll see him playing all kinds of games: AAAs, Indies, game jam games, games of all genres, and writing about them! Here. On this website. When not writing or playing games, you can find David making music, games, or enjoying a good book. David’s favorite games include NieR: Automata, Mother 3, and Gravity Rush.
Related Articles: Divinity: Original Sin 2 Definitive Edition
Share
Tweet
Share
Submit