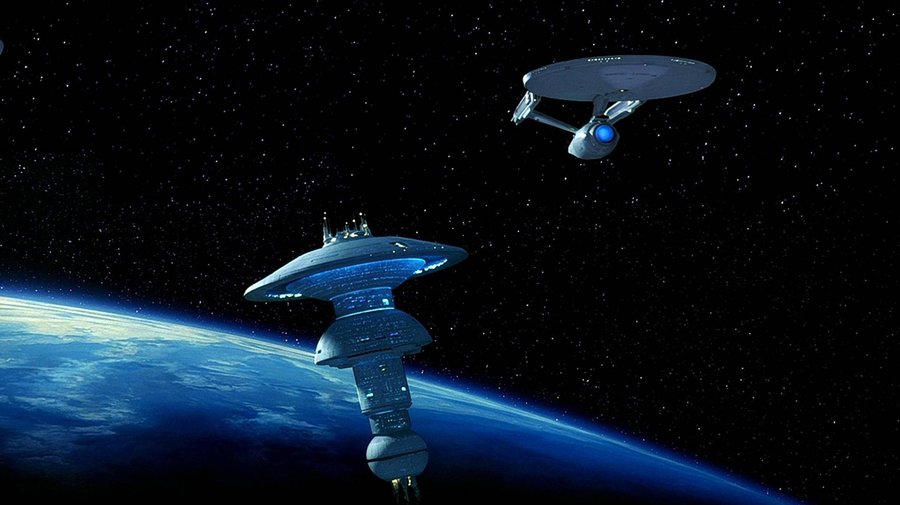 Captain, we got a new order straight from the top. The fleet admiral wants you and your crew to go into the Shackleton Expanse and see what strange new worlds lie in this unexplored area space. Today, Modiphius Entertainment has announced that you can now pre-order the first campaign guide for Star Trek Adventures, the Shackleton Expanse. In this new book, there will be entire worlds for your ship to explore along with the new life and civilizations for you to meet. You will embark on an adventure that will have you encountering familiar species such as the Klingons and Romulans and will even allow you to play as unique new species. So grab your tricorders and get ready to see what’s out there. 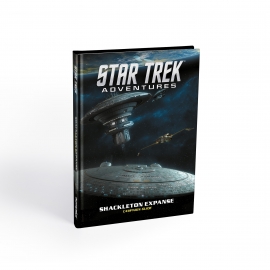 The Shackleton Expanse Campaign Guide is the first campaign setting book for the Star Trek Adventures product line and includes setting material to make the Shackleton Expanse your own, as well as an epic 10-part campaign that begins in the original series era and continues into The Next Generation era (and can be adapted for use in any era of play). The Shackleton Expanse Campaign Guide provides an incredible new region for your Star Trek adventures. Countless wonders and mysteries await within, including strange spatial phenomena that confuse sentient life-forms as well as starship sensors, ancient alien technologies powerful enough to move or obliterate entire star systems, dangerous new species to encounter, and so much more. 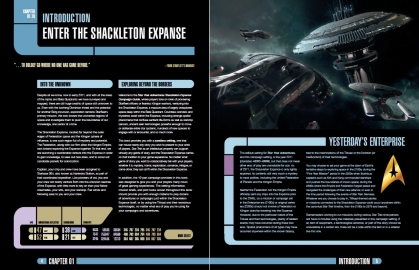 Originally developed for the launch of the Star Trek Adventures roleplaying game, the Shackleton Expanse plot was conceived by Modiphius founder Chris Birch and New York Times best-selling author Dayton Ward for use in a living campaign played by over 10,000 groups across the world over the course of two years. “Gene Roddenberry’s Star Trek was supposedly inspired by the wonderful technicolor sci-fi movie Forbidden Planet, a sci-fi re-telling of Shakespeare’s Tempest,” stated Chris Birch of Modiphius Entertainment. “I’ve always loved that movie, and Dayton Ward helped shape some early ideas we had for this campaign based on inspiration taken from this amazing classic. CBS let us add this whole new swath of space, the Shackleton Expanse, and with the help of Star Trek series graphic designer Rick Sternbach, we created Starbase 364. This base, known as Narendra Station, serves as a focal point of the campaign. Fans of The Next Generation’s episode “Yesterday’s Enterprise” will be familiar with Narendra as the show’s events set around Narendra III led to the peace treaty between the Klingon Empire and the Federation. The station is jointly crewed by Klingons and Starfleet in honor of that event!” 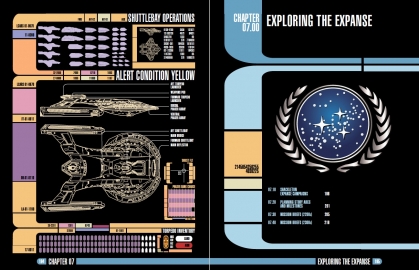 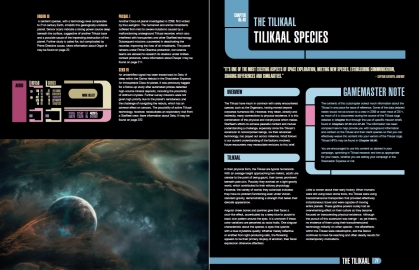 Is your ship out of dry dock yet? Great, now set course for Narendra Station. Warp 6. Can’t wait until then? Then you can pre-order the Star Trek Adventures Shackleton Expanse Campaign Guide right now at the Modiphius Online storefront. For more information about Star Trek Adventures and anything else that comes across subspace, stay here on Gaming Trend!