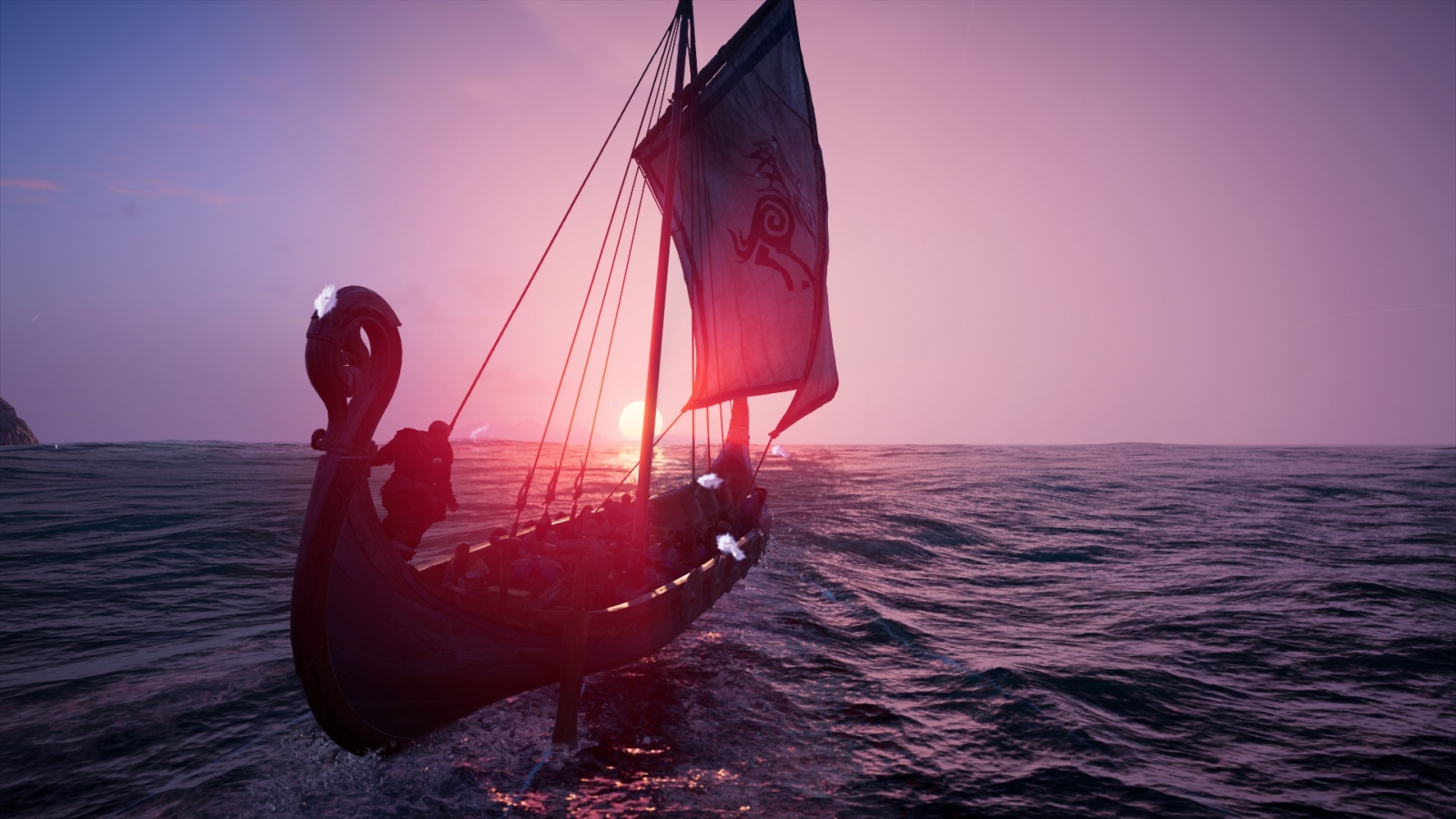 The Assassin’s Creed franchise has made its name by creating fictional characters and scenarios based on real world cultures such as Greece, Egypt, and, most recently, Norway and England. While I’ve greatly enjoyed these games, it can be a bit difficult to discern fact from fiction without your own research. Well, as with the past two titles, Ubisoft has teamed up with historians and scientists to release an educational companion for Assassin’s Creed Valhalla. Discovery Tour: Viking Age puts you in the boots of two very different men, a Viking and a christian priest, to show you what life might have been like in this turbulent era.

While you can do any of the 8 scenarios in whatever order you wish, we’ll go in chronological order. Thorsteinn and Gunhilda are two Norse trying to stake a claim across the sea in Britania. However, they first need the blessing of the jarl, and in order to get it, Thorsteinn must become a raider for a few years. These scenarios place you in an area, like a viking village or an abby, to explore and give you a linear quest to complete to progress to the next. Simply going through the main quest will bring up a bunch of historical facts, but if you explore a bit you can discover more learnings by interacting with yellow markers. These usually have a quick summary along with a more in-depth lesson you can choose to read. Many of these also have accompanying images of old weapons, carvings, or locations.

The other half of the experience follows Ealric, a humble priest who ends up advising King Aelfred. The game puts more focus on Thorsteinn’s journey, and thus the Norse culture establishing itself in England, but Ealric’s story is still entertaining and you get to learn a lot more about religion’s interactions with the state. Both of these stories have no combat whatsoever, but you will occasionally engage in flyting or choose dialogue choices that align with actual history the game taught you up to this point. It’s a novel way of giving you a crash course on the time period, with the ability to go more in depth if you seek it out.

In addition to yellow markers telling you about history, blue markers will actually give you some behind the scenes on AC Valhalla. There are pieces on level design, art direction, and more giving you insight into why and how they deviated from real world facts to create a more interesting experience. As a game designer myself, it’s very cool to hear about the process straight from the horse’s mouth and I’m glad these are marked differently so they don’t get jumbled up with history. 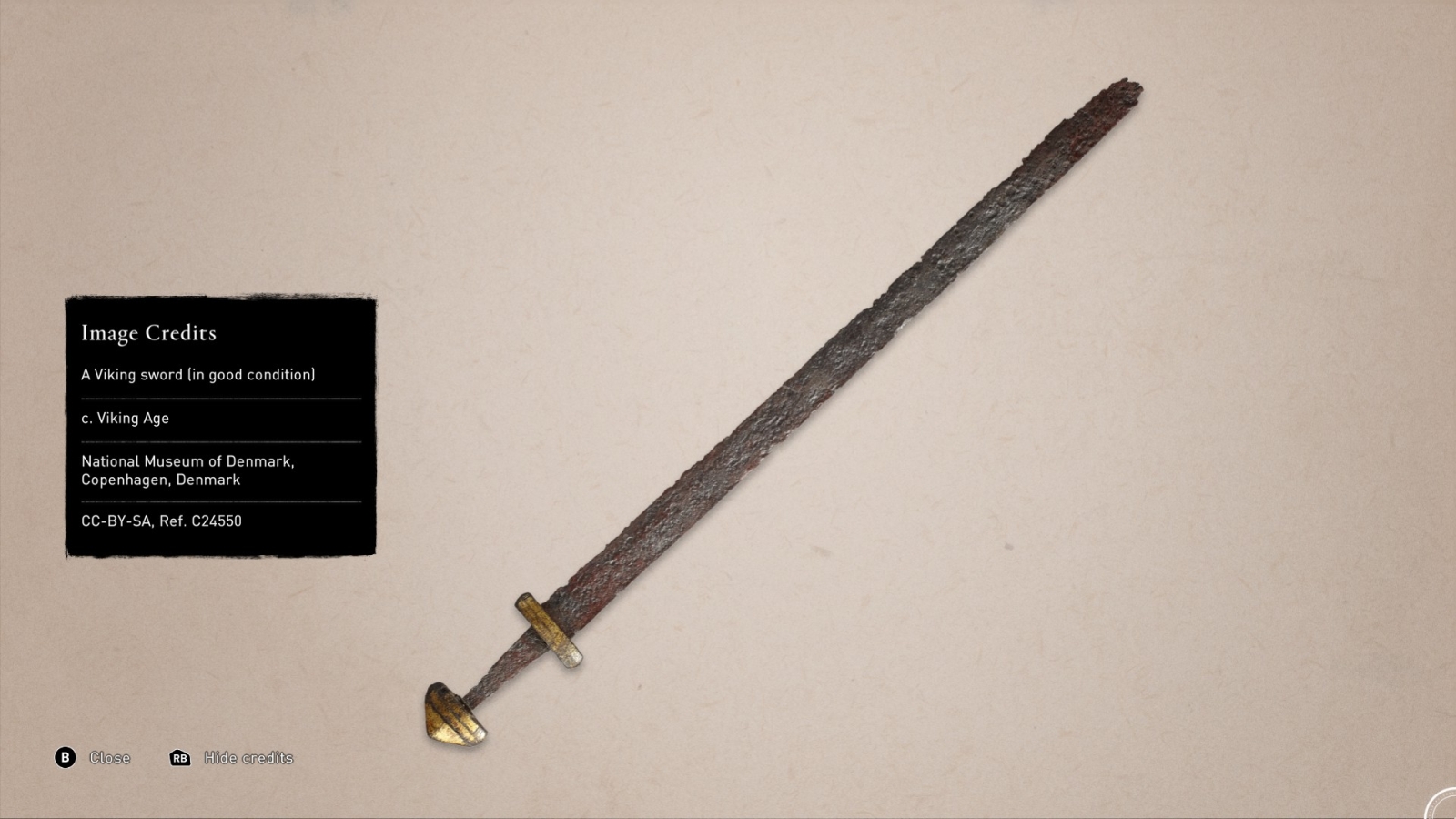 By learning more about history, you unlock new characters from the Assassin’s Creed franchise to play as when exploring. I find that learning is rewarding enough in and of itself, but it’s a neat incentive and gives you someone else to look at when wandering around. If you want to get fully immersed though, you can press R1 at any time to enter a first person perspective. It’s a nice touch to give you a closer look at environments and people.

Discovery Tour: Viking Age uses fictional narratives to interest the player in learning about real world cultures and artifacts to great effect. While seeing more perspectives would have given a rounder view, there’s a ton of interesting things to learn at your own pace and however deep you want to go.

David is the kind of person to wear his heart on his sleeve. He can find positives in anything, like this is a person who loved Star Fox Zero to death. You’ll see him playing all kinds of games: AAAs, Indies, game jam games, games of all genres, and writing about them! Here. On this website. When not writing or playing games, you can find David making music, games, or enjoying a good book. David’s favorite games include NieR: Automata, Mother 3, and Gravity Rush.
Related Articles: Discovery Tour: Viking Age
Share
Tweet
Share
Submit