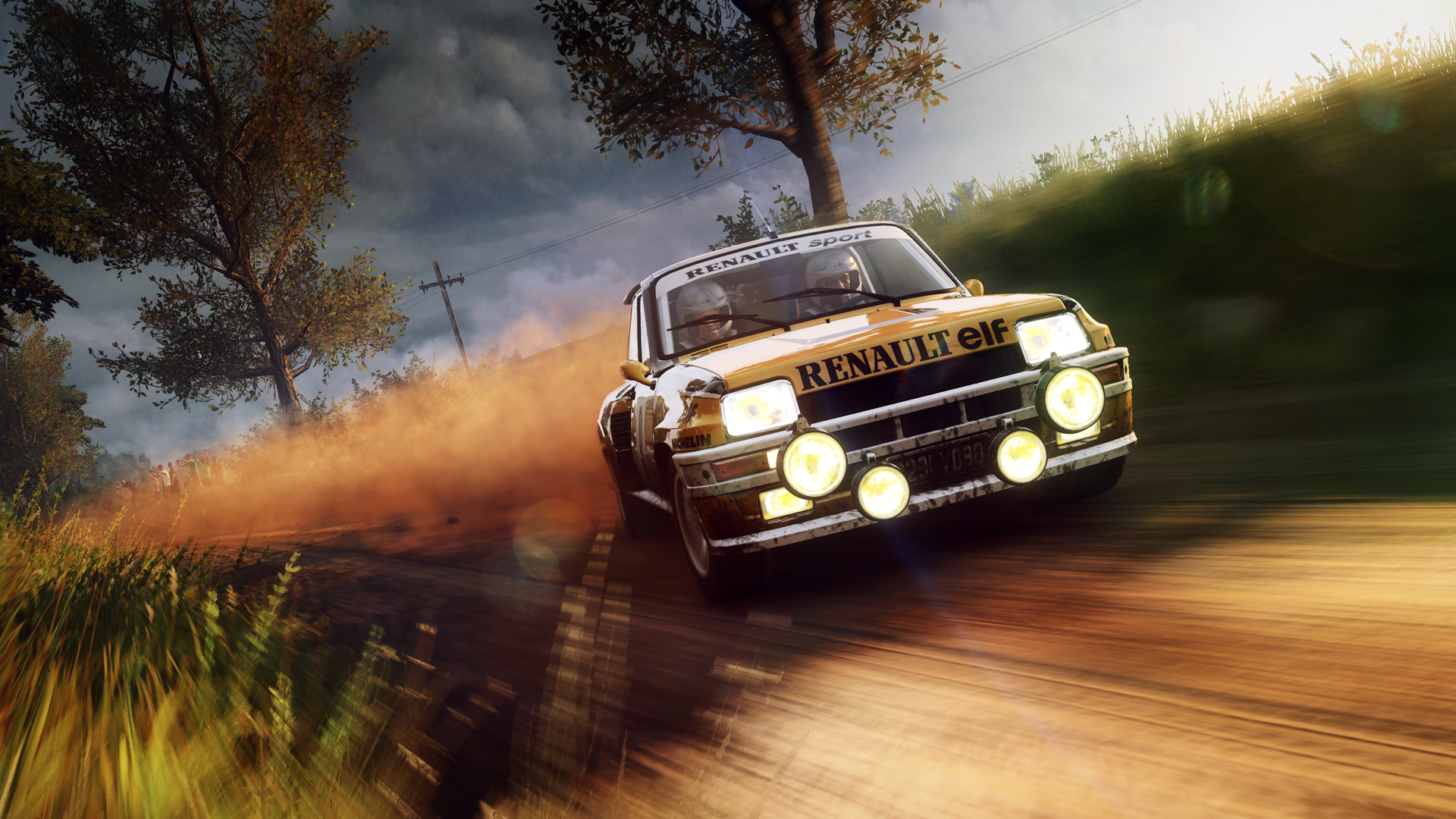 Codemasters is known for making some of the most accurate, challenging racing games out there, and DiRT Rally 2.0 is no exception. While the mainline DiRT series provides a more accessible entry into the world of racing, it’s by no means for the faint of heart. DiRT Rally 2.0 takes that challenge and wealth of options and dials it up to eleven.

DiRT Rally 2.0 is a game designed for those with an obsessive love of off-road racing. Each track is a meticulous recreation of real-world rally locations, all 50+ drivable cars can be tuned and customized down to the finest detail — even the training academy is based on an actual place. You can hire, swap out, and level up the abilities of each staff member in your employ to improve your performance in races and save time while making repairs and adjustments at checkpoints. If you want the full experience of managing a rally team and taking part in races without ever leaving the house, DiRT Rally 2.0 is the closest you’ll get to the real thing.

The game spans six different locations: Argentina, Australia, New Zealand, Poland, Spain, and the United States, each presenting unique challenges to the player. You’ll have to contend with gravel roads, muddy slopes, and more, all of which seem determined to send you flying over a cliff’s edge or sliding into a rock wall. Each location and change of terrain will have you relearning everything you thought you knew about drifting around a bend or navigating bumps in the road. And this is before weather is taken into account, which modifies the environment to throw yet another wrench in the works. Just when you think you’ve become a rally master a harsh rainfall will have you flipping your car and begging for mercy as you try to salvage what remains of your run. 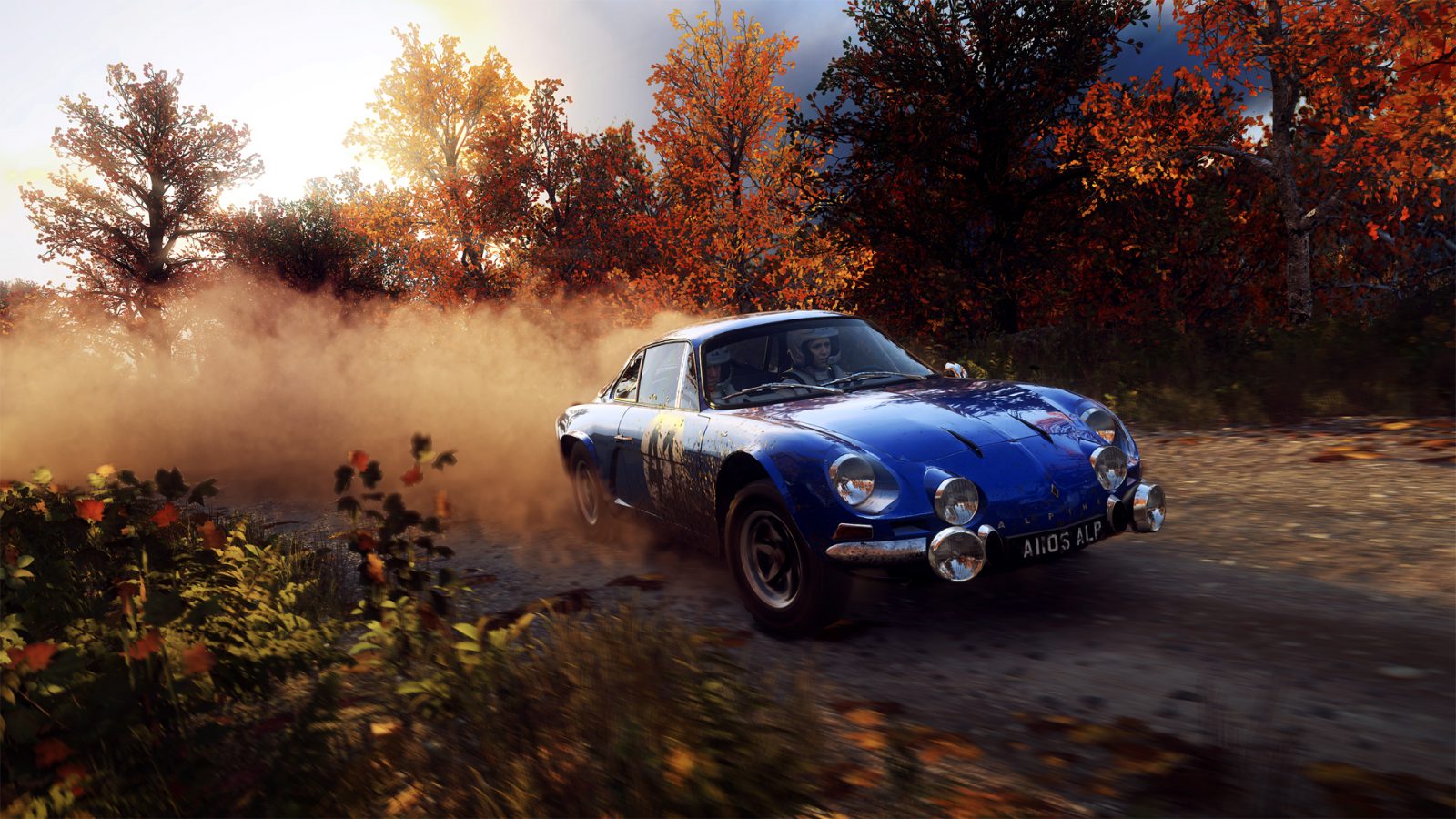 That said, the small selection of locations does mean that after a few hours you’ll have seen all the game has to offer in terms of variety. They’ll have you drive on the same courses in reverse or change the weather around for little variety, but it won’t take long until everything feels a bit familiar. And that’s unfortunate in a game that sets itself up to be enjoyed for a much longer period of time in other ways, particularly in how the economy is designed.

Maybe I’ve become soft after heavy use of Forza Motorsport’s rewind functionality, but DiRT Rally 2.0 is one of the toughest racing games I’ve ever played. Even the slightest slip up can make run the last 15 minutes of perfection straight into the ground, due to checkpoints numbering just a few and available restarts are sorely limited. On top of that, the slightest mistakes will result in harsh penalties that make winning the race that much harder. If you start a millisecond before your co-pilot tells you to begin, you’ll get hit with a 10 second penalty. If you skid off course, you’ll lose precious time steering yourself back on course and get penalized. The people at Codemasters demand that you master your craft or find yourself left in the dust, and for a game that’s targeting the hardcore enthusiast, that’s a feature, not a glitch.

When you’re not skidding through dirt and getting your ass kicked by the game’s AI, you’ll spend the rest of your time under the hood of your car, tweaking and customizing to your heart’s desire. This is the point where my knowledge of racing reaches its limit, but as far as I can tell, DiRT Rally 2.0 has it all when it comes to your ability to tinker and swap out parts both inside the car, as well as the exterior. 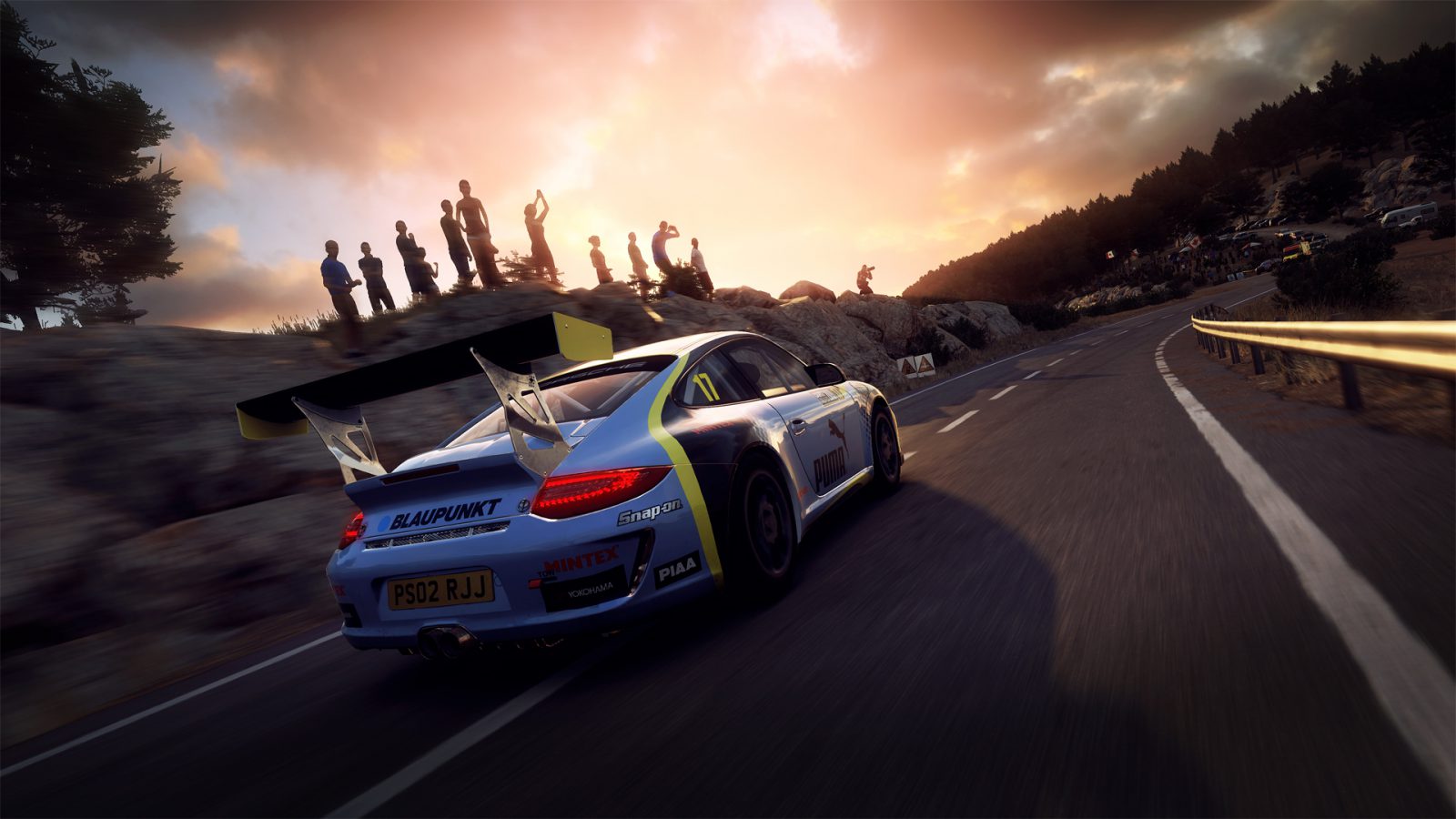 Of course, like any good racing sim, DiRT Rally 2.0 has you chasing money won from races to spend on new vehicular pursuits. I must say that the economy here seems a little busted, as after many hours with the game I barely had enough money for some new tires and staffing upgrades. Needless to say, my ability to purchase new cars was limited. In fact, at times I scarcely had enough money to repair the extensive damage I managed to accrue to my existing vehicles…but perhaps that bit says more about me than it does about the game.

Did I mention that DiRT Rally 2.0 is about as pretty as racing games come? Muddy roads glisten in the rain, moonlight creeps through the branches of nearby trees, and gravel is kicked into the air as your tires skid through it. Of course, if you ever slow down and take a hard look at the world around you, it’s less impressive — especially if you check out the bystanders on the side of the road. But hey, racing games aren’t about stopping to smell the roses, but stampeding over them to get to the finish line, and in that regard this game excels.

The sound design is a bit more of a mixed bag. While the vehicles and terrain make for excellent, immersive ambience, the voice acting that’s dominated by your co-pilot’s callouts are less so. It’s not just that they’re repetitive and way too loud by default, but also that they mostly lack any urgency in situations where a little emphasis or emotion might have made the experience more immersive. The dialogue that happens before and after races are even worse in this regard, as your co-pilot lifelessly repeats the same congratulations or chastisement again and again. 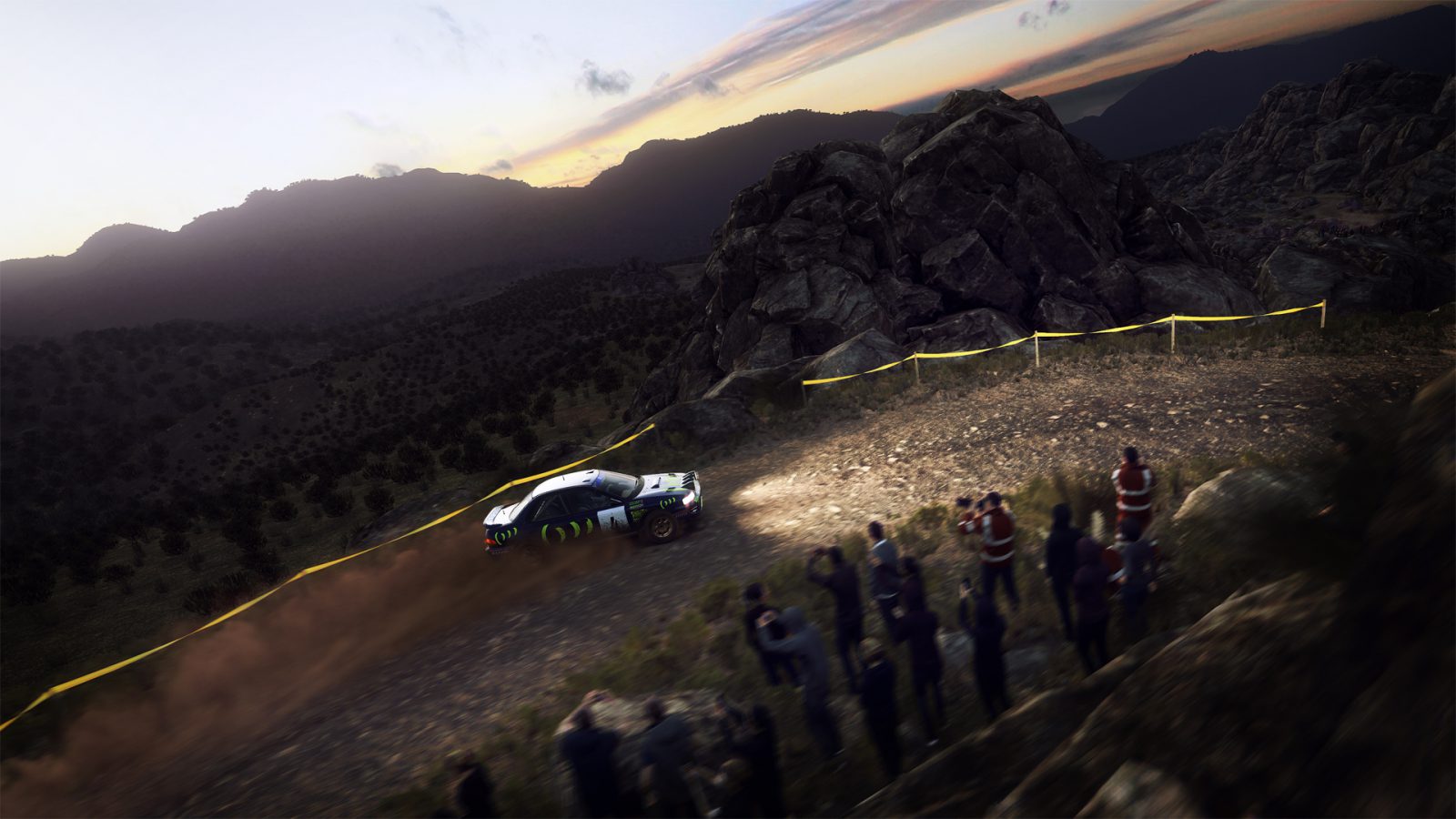 Of course, more important that a racing game’s presentation is its performance, and luckily DiRT Rally 2.0 offers a rock solid performance during races with very few exceptions. On the Xbox One X I noticed maybe one or two instances of frames dropping at the most, which is a crucial component in a hyper-realistic game that demands so much time and skill to overcome the unforgiving challenge it offers. That said, when you leave the races and enter the menu, the game suddenly becomes sluggish and unresponsive. You probably won’t be spending a lot of time in the menu, and it’s certainly better to have a laggy menu than it is to have a laggy racing experience, but it’s clear that not a lot of time was put into the experiences that aren’t directly relating to tinkering with your cars and hitting the track.

DiRT Rally 2.0 is a simulator designed for the most hardcore off-road racing fans, and offers one of the most challenging rallying experiences I’ve ever played. Casual racing fans may shy away at this title, but if you want pure, uncut racing simulation straight into your veins, this is the game for you.

You know that jerk online that relentlessly trash talks you after every kill? That guy was probably Travis "Tie Guy" Northup. Competitive, snarky, and constantly wearing a tie, Travis has been writing his opinions about electronic media since he was a teenager, and is pretty much the only person to hold his opinions in high regard.
Related Articles: DiRT Rally 2.0
Share
Tweet
Share
Submit