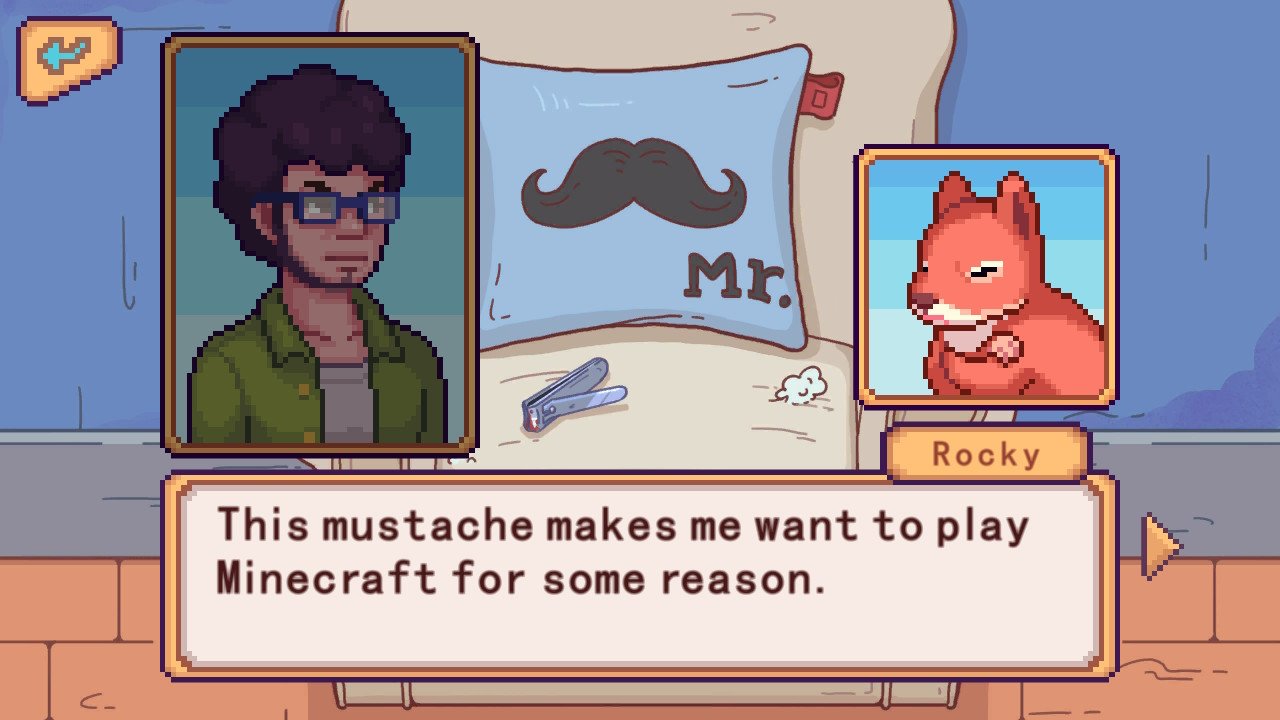 Narrative short games on the Switch have been a great source of enjoyment for me as of recently, and I love cheap little games that can last me about an hour or two. The two Subsurface games from Mike Bithell come to mind, with their affordable price point and engrossing story staying with me long after I’ve finished experiencing them. Enter Detective Dolittle, a small little mystery title that, while serviceable at its $2.99 price point, unfortunately doesn’t have the same narrative power the competition does. 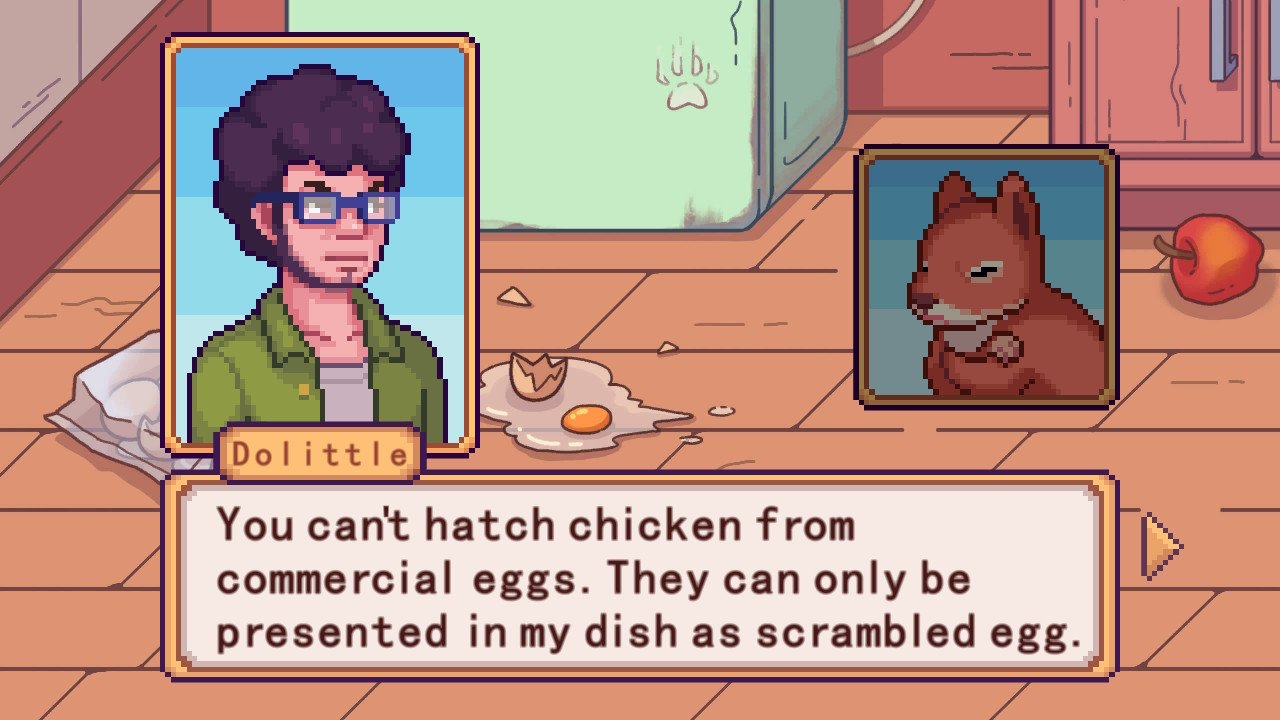 Detective Dolittle stars the eponymous detective and his squirrel roommate Rocky as they’re awakened in the middle of the night by a late-night robbery. The stolen object? A chocolate cake with nuts on it. The duo investigates around their house to find who stole from them and are met with sly suspects, deadly evidence, and a crime ring that extends far greater than the two could ever know. Alright, it’s not that exciting or grim, but for an E-rated adventure game, it’s still a bit unique in its initial premise. The game does set up plot twists like the possibility of infidelity and even an obviously evil animal that threatens to kill lackeys. It’s wacky enough to work, and I do admit there were parts that were entertaining to say the least. The characters were one-note and shallow, but for a game in this scope, there was enough personality in the main duo that I didn’t mind that much. 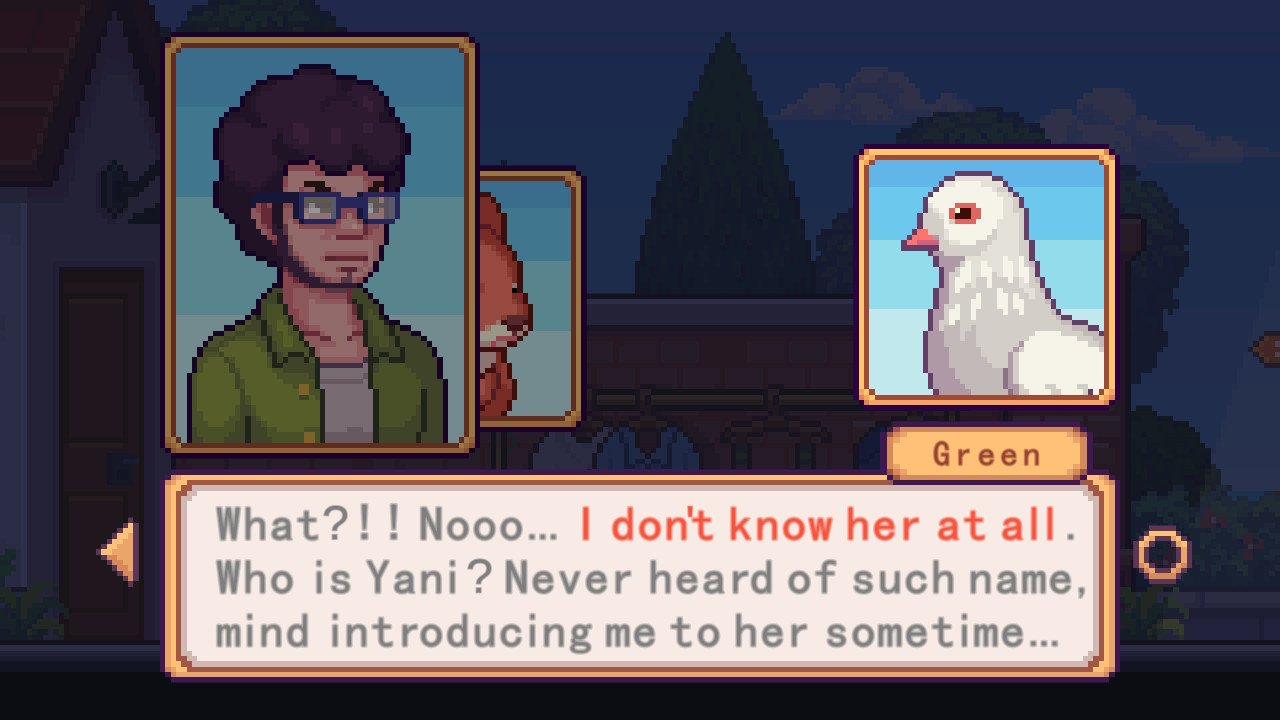 I don’t know, I heard Laurel. (Let’s give it up for dead memes, everyone!)

Unfortunately, a good premise alone doesn’t make for a great game, and Detective Dolittle is held back by its linear structure and underused mechanics. The game is played in a point-and-click/Ace Attorney style, where you can investigate crime scenes and interact with different objects. Sometimes you’ll get evidence that you can put in your inventory as you explore, and different characters will give testimonies. It’s up to you to find contradictions in their stories in order to advance the plot; unlike Ace Attorney’s court segments, there’s no penalty for presenting the wrong piece of evidence, so “try everything until it works” is a strategy for those who might not understand what to do next.

That being said, the game is a bit too straightforward with the investigation concept. You basically move from the leftmost screen to the right, with minimal backtracking. All evidence you need will be presented pretty plainly, and there isn’t a testimony that requires a modicum of thought. This is rather sad, because there are foundations that were in place to make this a bit more interesting. The game also points you towards the right answer more often than not, often referencing a certain piece of evidence before you interrogate an animal. 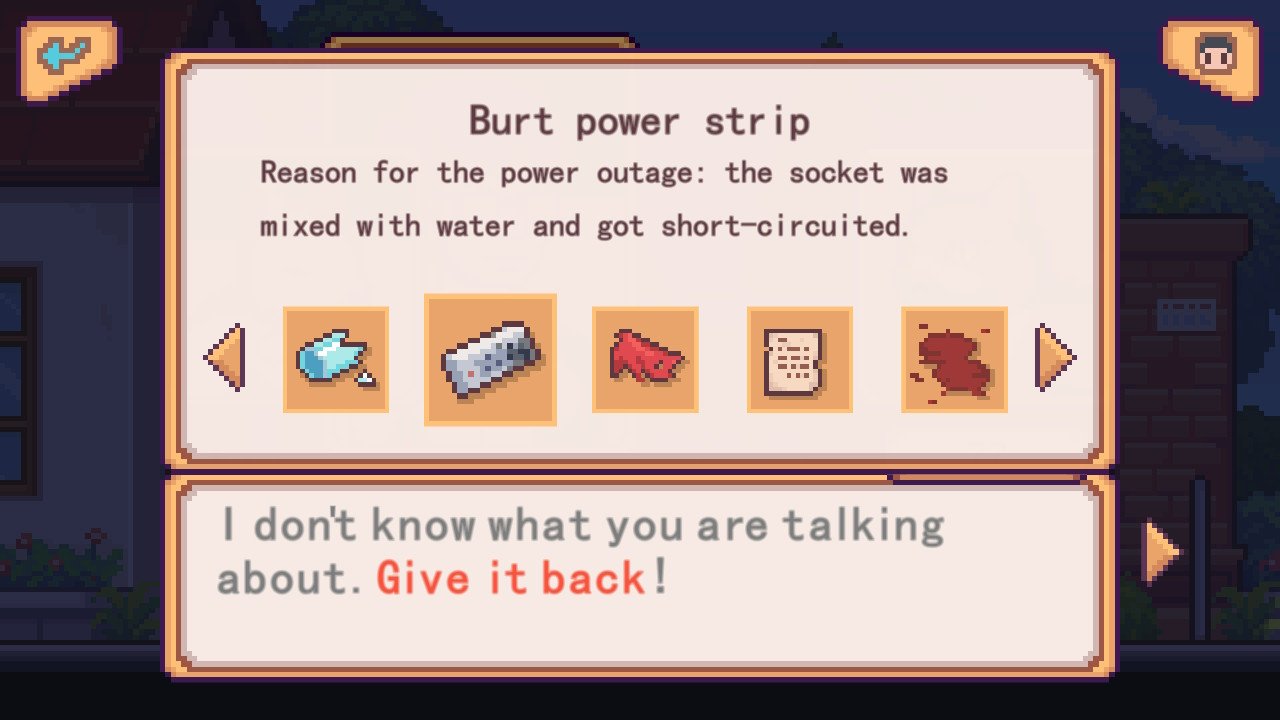 I do have to commend the developers for making a nice art style; the pixelated designs of the characters fit well in Detective Dolittle, and everything feels like a nice homage to the 8 and 16-bit eras. The interview portraits are functional and do the job of advancing dialogue quite well. The same can’t be said about the music, of which there’s only one looping track. It’s not unbearable, but by the time you finish the game, it’ll be gone from your memory. Normally I wouldn’t dock points off a short game if the length is meaningful, but it feels like this could have spanned another case with no trouble. By the time I finished the experience, I was thinking there would be something else; alas, with a nearly strictly linear structure and no extra dialogue options to explore, I knew I wouldn’t pick this up again after I finished it.

Perhaps the worst thing holding Detective Dolittle back is its terrible translation. I always love a “so bad, it’s good” translation job (see my review of Vroom in the Night Sky for examples), but here there’s literally a typo in every other text screen. It feels like the developers hired someone to do a literal translation of their script, so dialogue is either technical or nonsensical. Adding and omitting conjunctions and other small phrases make a lot of the interactions cheesy rather than serious, and I had to chuckle at the laughably terrible conversations some characters had. It’s humorous and entertaining, which made me enjoy Detective Dolittle a little more, but for the wrong reasons. 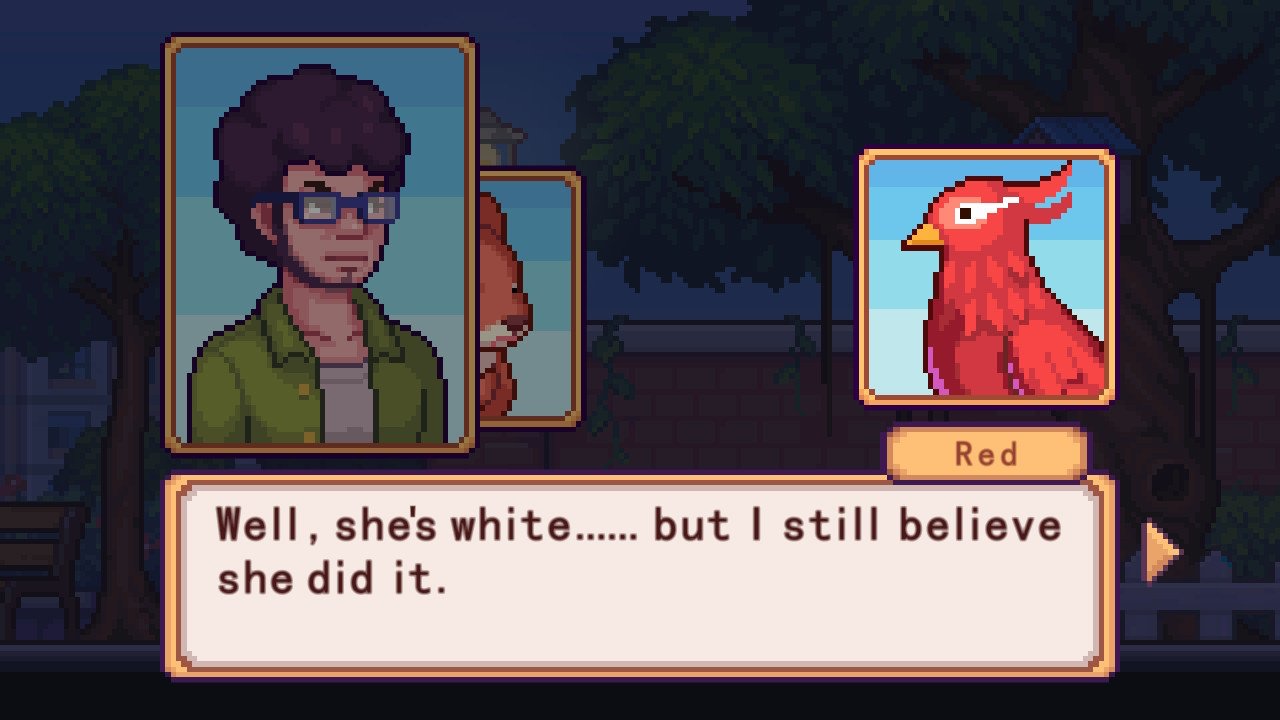 If you want to kill an hour with a serviceable mystery game, Doctor Dolittle could be up your alley. While it does serve up a nice pixel art style and an admittedly charming premise, it botches the execution with its terrible translation and simplistic logic.

Elisha Deogracias is an aspiring accountant by day, freelance writer by night. Before writing for Gaming Trend, he had a small gig on the now defunct Examiner. When not being a third wheel with his best friends on dates or yearning for some closure on Pushing Daisies, he's busy catching up on shonen manga and wacky rhythm games. Mains R.O.B. in Smash. Still doesn't know if he's a kid or a squid.
Related Articles: Detective Dolittle, Indies
Share
Tweet
Share
Submit