Darkestville Castle has you following the journey of Cid. Cid is the demon of Darkestville and he never lets you forget it because he says it all the time. You don’t see me introducing myself as Austin the loser from Ohio. Some things are just obvious. I mean, with his yellow eyes, sharp-toothed smiling mask, and being from Darkestville, it is quite obvious he is the demon from Darkestville. Cid’s adventure starts when his mortal enemy, Dan Teapot, traps him in his own castle. Once he escapes, he learns that Dan was slowing him down so he couldn’t escape the demon hunters known as the Romero Brothers. Confusing Cid for Dan, they break into his castle and steal his fish Domingo. Cid isn’t having any of that! You can’t mess with a demon’s pet fish. So he goes to get him back and maybe releases other demons that terrorize the town. Small details. 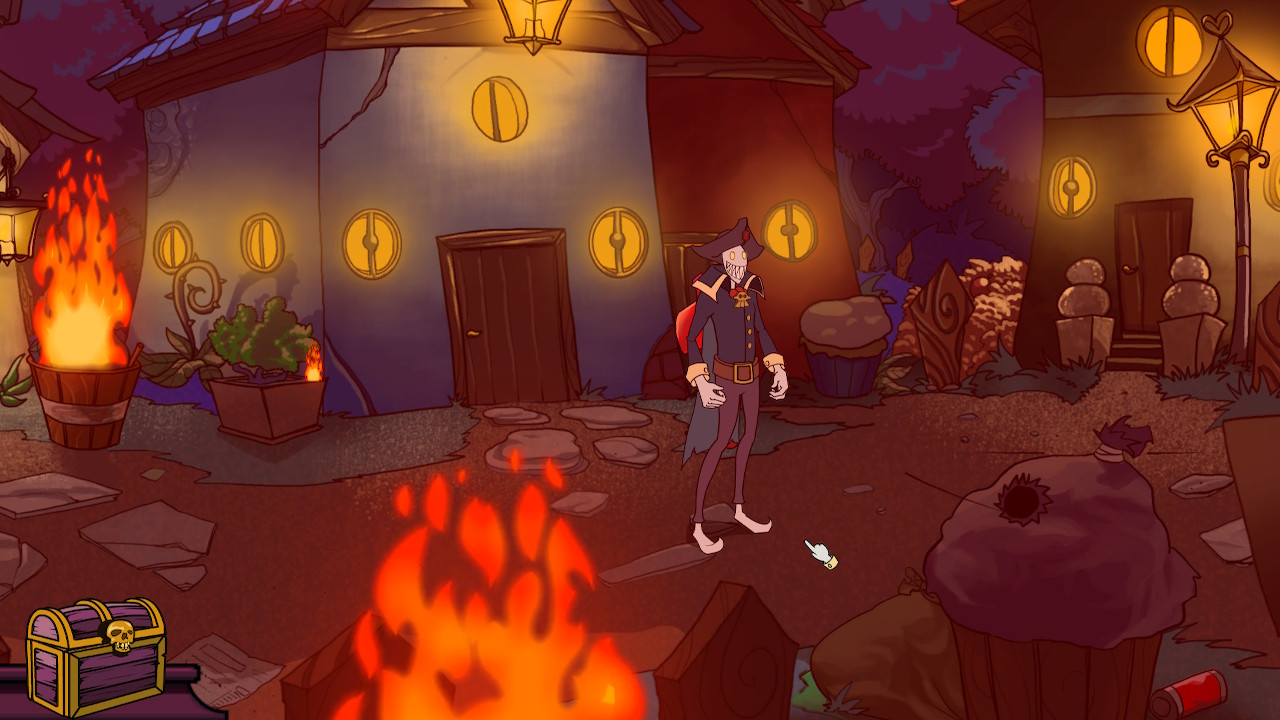 The story is appropriately silly, and Cid is a fantastic character. He is witty and almost always has something funny to say about the items and situations in the game. Talking about his fish, he makes a Pokemon joke about how it splashes around and it is usually super ineffective. The humor is pretty spot on although, like all comedy, there are some jokes that fall flat. The werewolf advocating for werewolf rights fall particularly flat. In an era of Black Lives Matter, seeing people fighting for rights be reduced to such a joke did not, in fact, make me laugh.

It is a good thing the writing is generally strong because that is all that Darkestville Castle really has going on. The gameplay is simple and the puzzles never really challenged me. It is a basic point and click adventure stuff. It doesn’t do anything to reinvent the wheel. While the puzzles were never super challenging, I do appreciate that they followed consistent logic. These characters do a good job of describing what they need, and the Cid breaks down the items in his inventory in a way that gives good clues to what the item is for. This all happens naturally and it doesn’t feel forced. 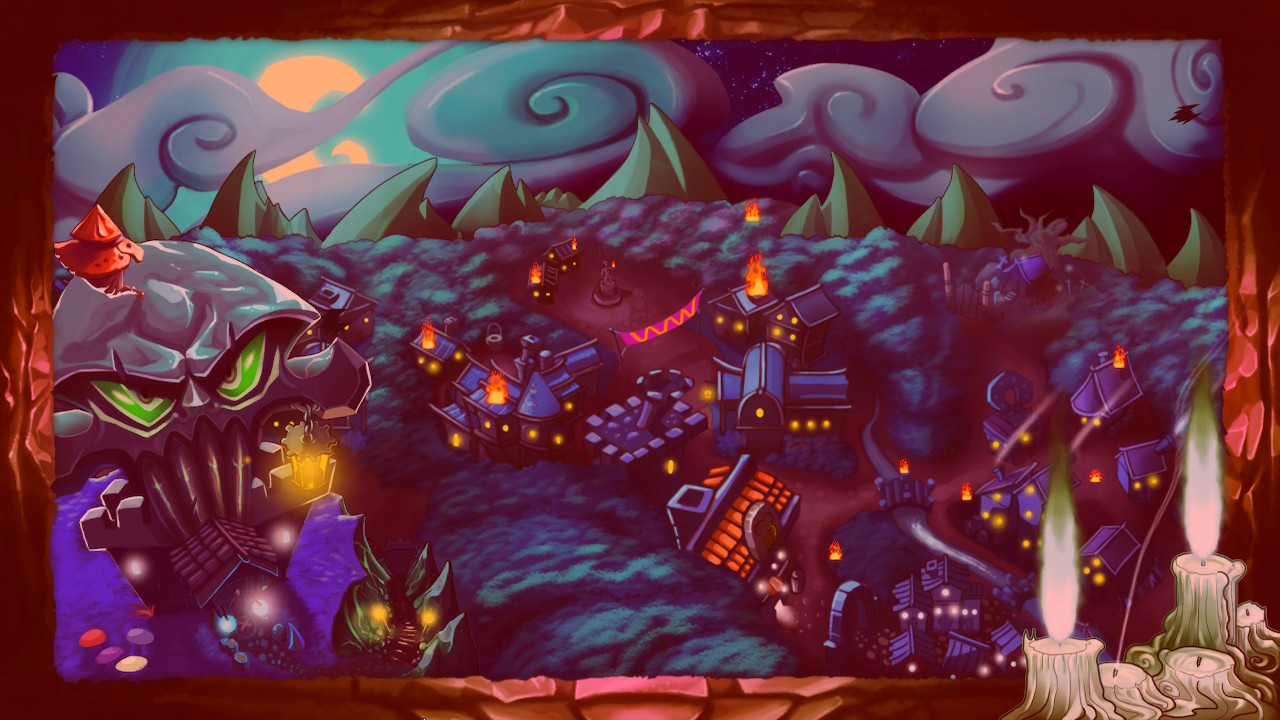 The map offers a few different locations to explore and solve puzzels.

I really enjoy the exploration Darkestville Castle has. The world is very open with many different places to explore starting in Chapter one. This can make things a little difficult since you won’t know exactly when you need the items you find, but I appreciate this approach because it truly emphasizes the adventure aspect of a point and click adventure game. This also allows you to solve puzzles in pretty much any order you want to. If something has you stuck, you can focus on something else. Cid often has two or more tasks going on at any given time so you never have to stay stuck. I also appreciate that Cid is not a materialistic demon. Use ink and feather to change the mayor’s logbook so Cid can get an appointment with the mayor? Well, no need for the feather and ink anymore. Just toss that from the inventory. It helps cut down in clutter when used items are thrown out. 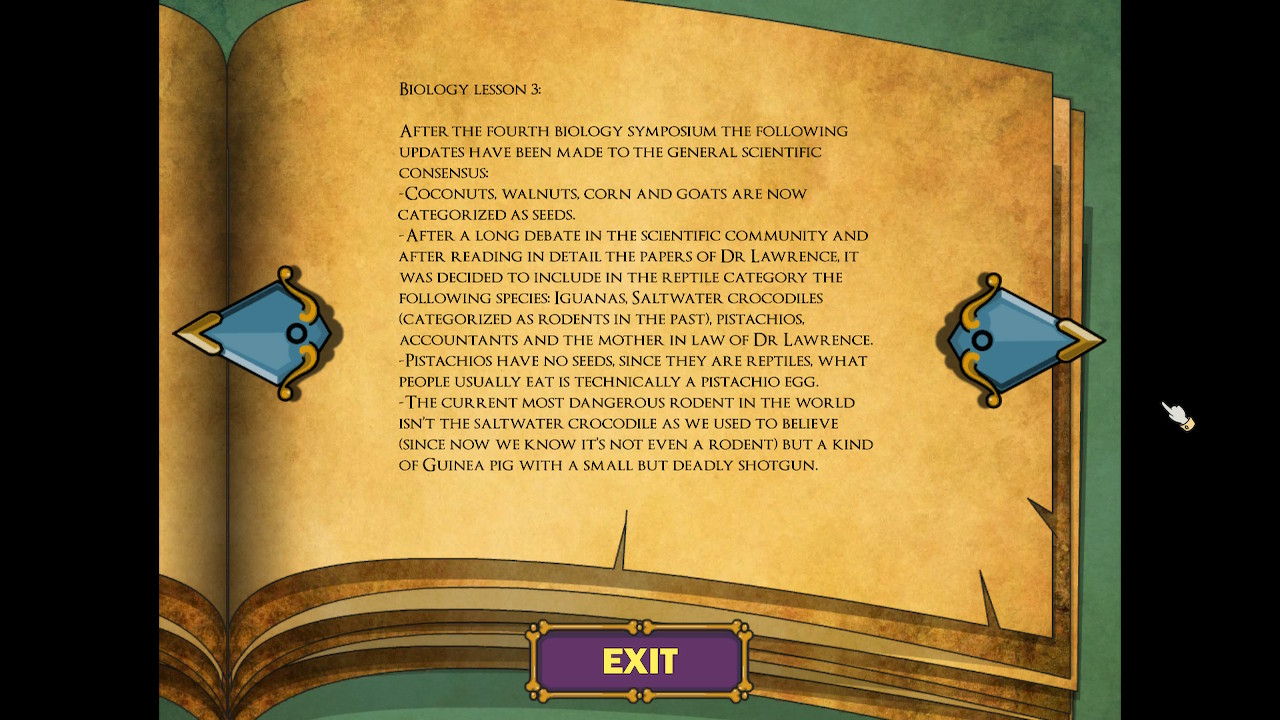 I need to study up on my biology.

My major complaint, outside of the stupid werewolf joke, is with the controls. Moving a cursor around with an analog stick just doesn’t work very well. Combine this with an inability to move the camera and a slow walk speed, and I got annoyed on a few occasions. It is really easy to miss things because you can’t move the camera around to scan the environments, so you have to click the edge of the screen to see if Cid moves there and expands more of the environment. It is hardly a deal-breaker, but it is still annoying.

Darkestville Castle is a humorous point and click adventure game that doesn’t add anything new, but offers a very polished experience. Some control annoyances do little to hamper the experience and jokes land more often than not.

Darkestville Castle is a humorous point and click adventure game that doesn't add anything new, but offers a very polished experience. Some control annoyances do little to hamper the experience and jokes land more often than not.

Austin Fern has been playing video games his entire life. The first console he truly fell in love with is the PlayStation 2 with Sly Cooper, God of War, and many others really leaving an impression. He enjoys all genres of games from FarCry 5 to Danganronpa and everything in between.
Related Articles: Darkestville Castle
Share
Tweet
Share
Submit