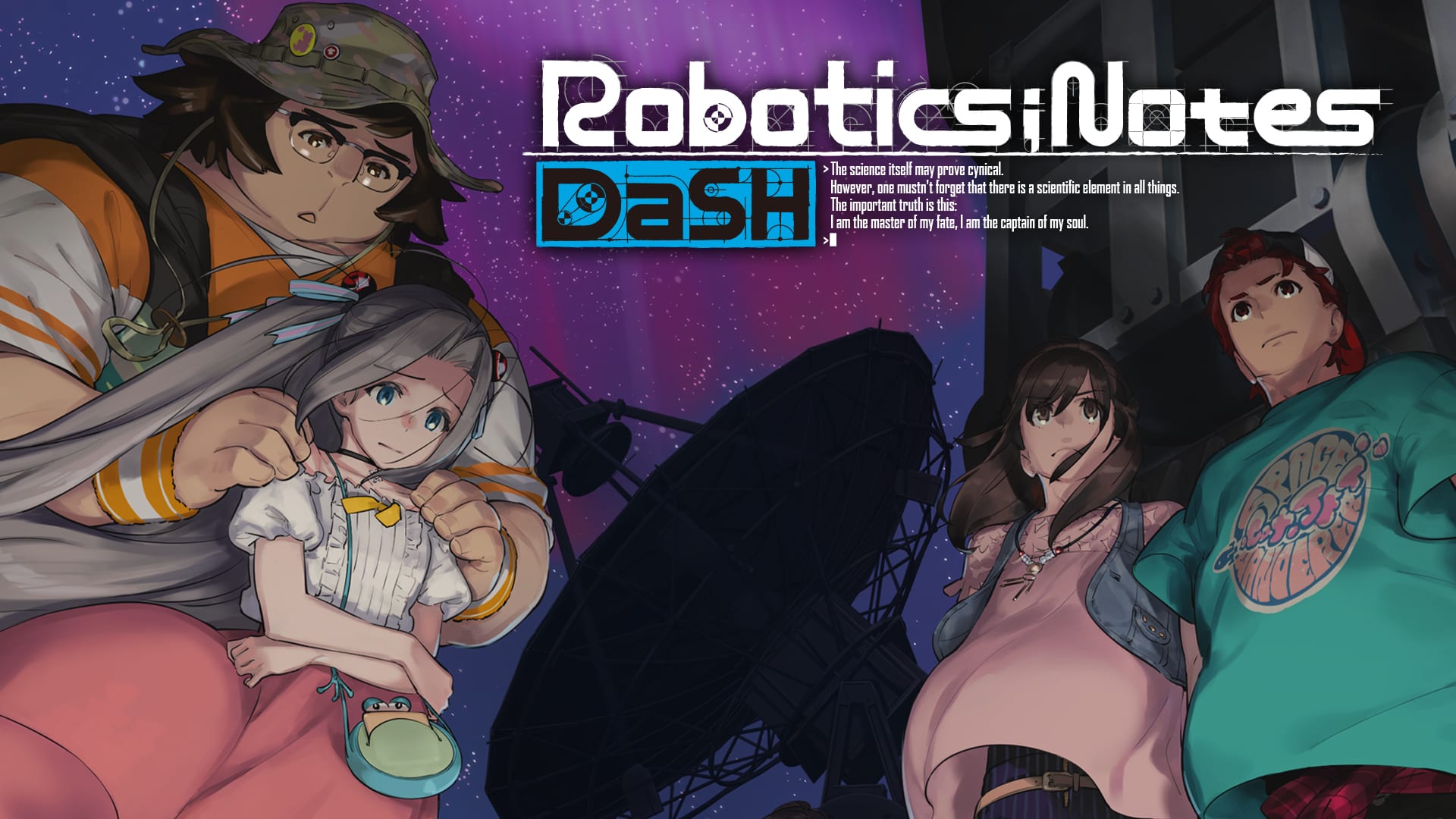 Originally released in Japan in 2019, the Robotics;Notes sequel is finally available to western audiences. However, this time around it includes a notable addition from the popular SciADV series, Steins;Gate, and his name is Daru the Super Hacka AKA DaSH. Robotics;Notes DaSH serves as a full sequel to the first game Robotics;Notes Elite (which we also reviewed), and as you can probably tell, it is also a crossover title.

Robotics;Notes DaSH takes place only six months after the events of the previous game and includes returning protagonist Kaito Yashio who previously left the island of Tanegashima to study to become an Astronaut. He returns for a vacation and to visit his friends and Robotics Research Club members, especially his childhood friend and now potential love interest Akiho.

Upon arriving on the island and meeting his friends who are tasked with organizing a robotics themed event on the island, he is introduced to Itaru Hashida or Daru, who seems to be on the island for unknown reasons. However, the group realizes they’ll need a lot more help with organizing the event, so Daru reluctantly agrees to lend a hand. Later on, however, trouble ensues when the previous game’s antagonist, Kō Kimijima, returns to enact his revenge with yet another elaborate plan. So it’s up to the group to put a stop to his plans yet again.

Similar to the first game, the story is told between multiple perspectives, this time with Kai and Daru. While we’re already used to the form of dialogue from Kai, Daru is a bit jarring to listen to as he acts completely different from the other characters. Unfortunately, while playing as Daru, you should expect lots of cringy and creepy dialogue, some of which see him oversexualizing the teenagers in the group or making stupid comments and jokes in serious moments. As he is at the forefront of the game, it’s very easy for him to ruin the experience for many players.

Like other SciADV games Chaos;Head and Chaos;Child, Robotics;Notes DaSH includes technological delusions that influence reality based on whoever has the strongest delusions nearby. So, of course, we get to see many of Daru’s delusions as he fantasizes over girls in various outfits.

However, despite his problems, he is still accepted and treated as part of the group. The interactions between members of the group are still very much in line with that of the first game except this time, conversations are more involved with up to three or four characters on screen at a time discussing or arguing, which is something you won’t see in the original game. 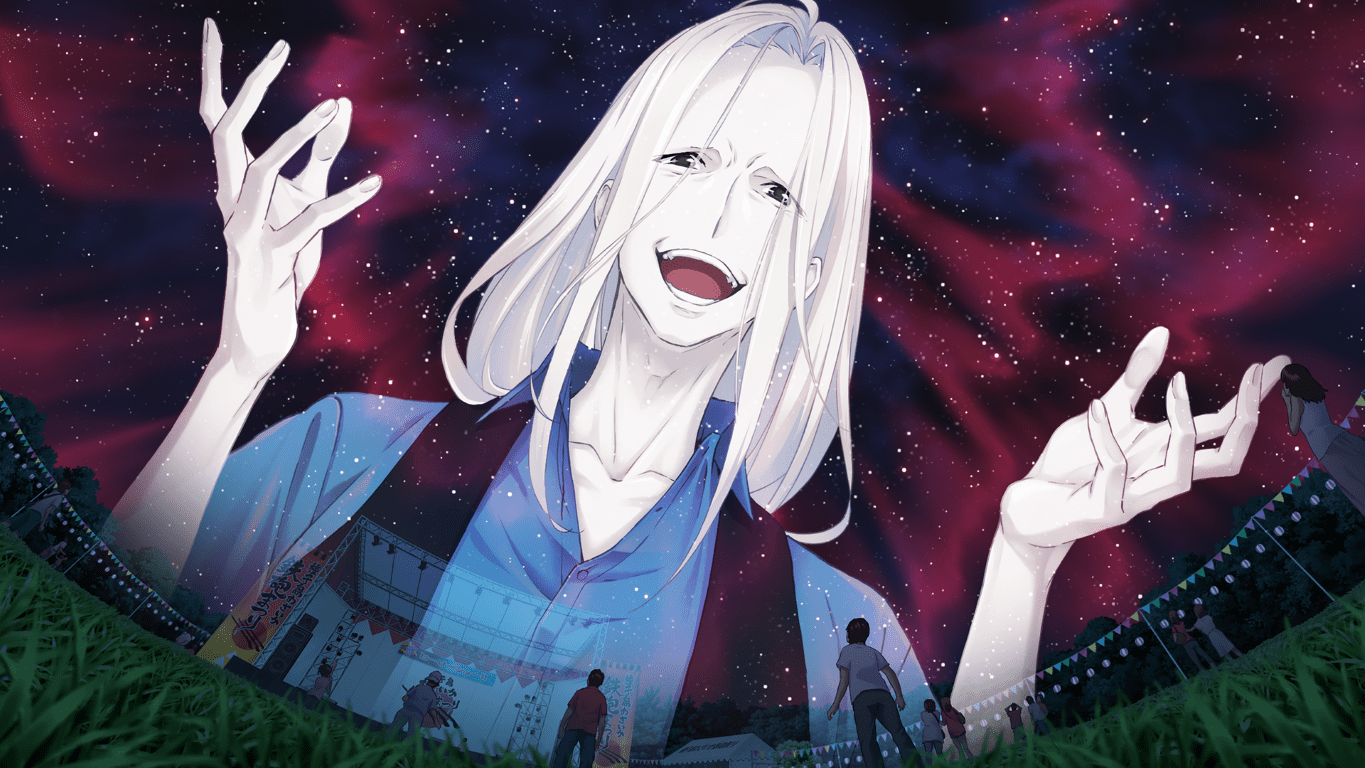 Additionally, similar to the first game players can also make use of the characters’ futuristic smartphone or ‘Phonedroid’, only this time with the shifting perspectives of users. As such, Kai’s posts on Twippo are completely different from Daru’s. The game also uses the opportunity to include nods to Steins;Gate with posts from different members of the Future Gadget Lab.

A pleasant and noticeable change from the first game is the updated UI system which is quite pleasing to the eyes and makes navigating the menus a breeze. Additionally, the soundtrack is arguably even better in Robotics;Notes DaSH as it combines songs from the first game while also adding about thirty new songs. Each song perfectly matches the tone of each scene, and overall, the soundtrack succeeds in capturing the vibe of the game.

However, an addition to the game that might prove arduous to players is the new structure of implementing endings. The game diverges plot points after chapter two, so depending on your actions, you’ll get a different ending each time. However, these endings are entirely character-based, thereby rendering some of them non-canon. What specifically annoys me about this system is that to get a different ending, you’ll need to constantly rewind through the first two chapters to make the necessary changes. 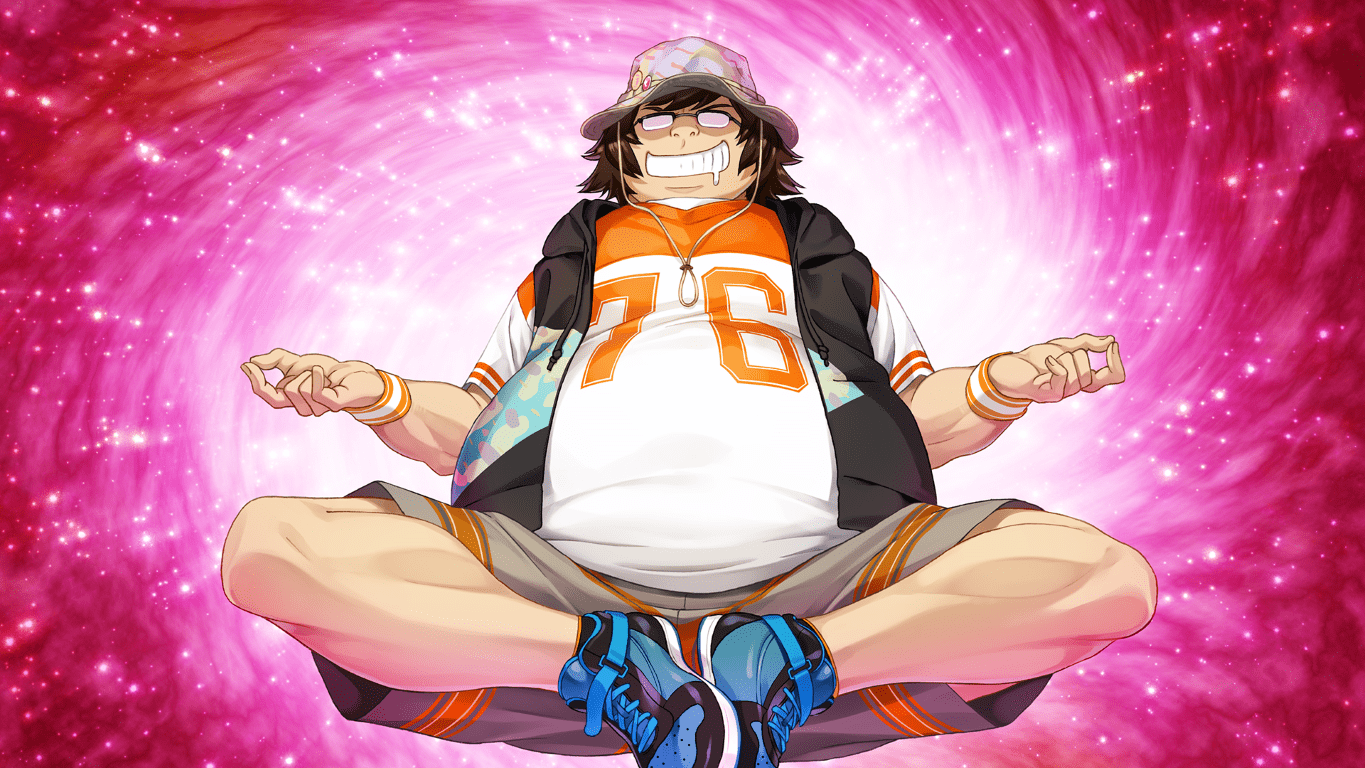 Overall, Robotics;Notes DaSH is sort of a mixed bag. The sequel includes the same entertaining characters from the first game as well as an engaging plot. However, the experience is often hindered by the inclusion of annoying story beats and a convoluted progression system. Yet, I would still recommend it to fans of the first game as it is still an enjoyable experience despite its flaws.

Robotics;Notes DaSH includes the same entertaining characters from the first game as well as an engaging plot. However, the experience is often hindered by the inclusion of annoying story beats and a convoluted progression system.

Abdul Saad is an avid gamer and computer geek. He's been writing for four years on news, reviews, previews, and more on multiple gaming sites. When he isn't writing or playing the latest JRPG, he can be found coding games of his own or tinkering with something electrical.
Related Articles: Robotics;Notes DaSH
Share
Tweet
Share
Submit