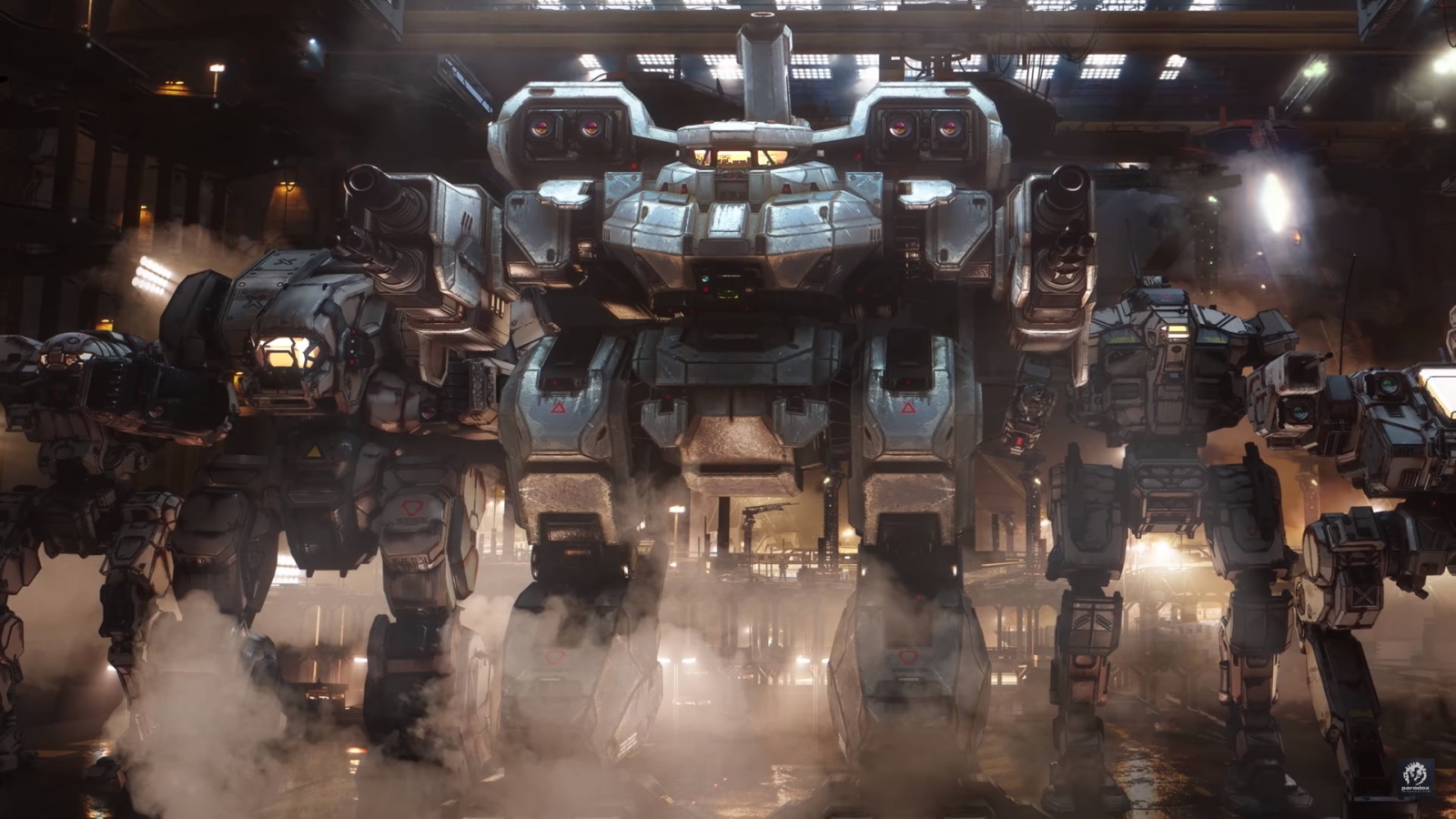 It’s your one way ticket to midnight. Call it, Heavy Metal! Rounding out the final DLC for Harebrained Scheme’s giant stompy mech tactical game, Battletech, we finally get our hands on some of the mech designs we’ve been clamoring for since the game launched in November of last year. With 35 years of legacy to build on, it’s time to get up close and personal with some of the best classic mechs and weaponry to ever hit the Periphery.

Before we get to the fresh campaign content, there are eight mechs added to the roster with Heavy Metal — seven you’ve seen before, and one built entirely for this expansion. The seven mechs you’ll now encounter as part of any normal outings are the 20 ton Flea, 40 ton Vulcan, 40 ton Assassin, 45 ton Phoenix Hawk, 60 ton Rifleman, 70 ton Archer, and a 100 ton Annihilator. All of these are pen-and-paper known (if not rare) mechs that we’ve seen in other games (both tabletop and videogames) over the last three and a half decades. I could describe them, but I really want to focus on the Bull Shark. 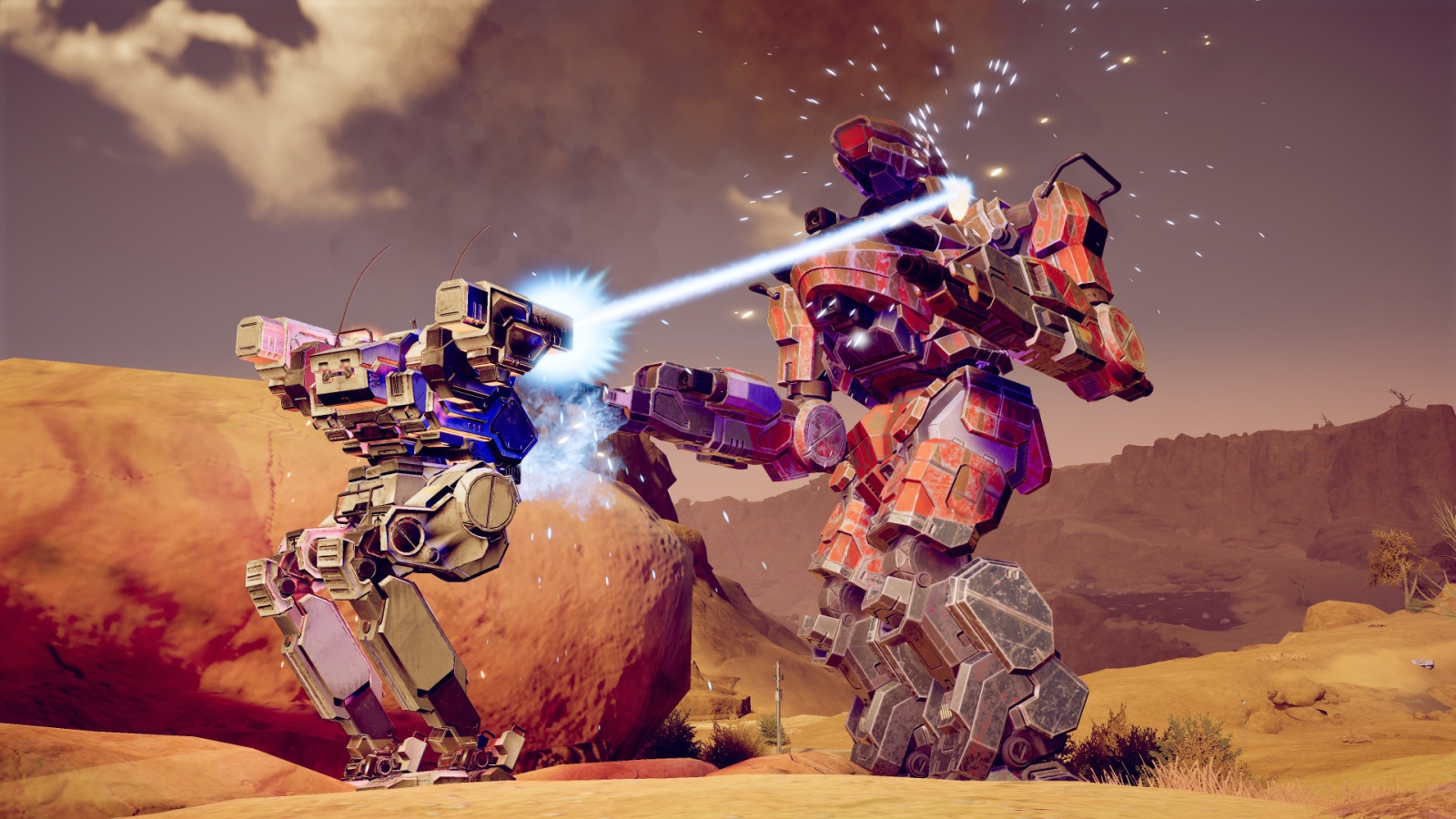 A for effort. F for effect.

At 95 tons, the Bull Shark fits in nicely with your assault lance. Sporting a reverse-jointed articulation, this monster sports an aggressive profile, and has weapons to match. It looks like it combines some of the best elements of a King Crab, Awesome, and a dash of Goliath for taste. In terms of armaments, the Bull Shark reaches out and touches its foes from a hell of a distance with the Thumper Artillery Piece. Closing distance, the stock loadout is a pair of ER Medium Lasers, with LB-10X and Ultra AC/5s on each arm. While some mechs are all but useless at stock loadouts (Looking at you, Awesome), the Bull Shark can deal some serious damage at nearly any distance, and with the Thumper, it can do it in an area of effect.

Heading back to the mech list, there is a solid mix of light, medium, heavy, and assault mechs to serve all portions of the campaign arch. The Flea is hard to keep alive, but damn is it fast, whereas the Archer may be slower, but packs a tremendous payload of missiles. The Phoenix Hawk brings back warm memories of BattleTech: The Crescent Hawk’s Inception, and the Rifleman lives up to its name. For me, the Annihilator is best when it’s armed as a Wolf Dragoon (more on that in a moment) with a complement of four AC-10s, and four Medium Lasers. All that said, if this expansion pack only brought a wider variety of steel to the mix I’d feel underwhelmed. Let’s talk about some of the bonuses these mechs bring with them. 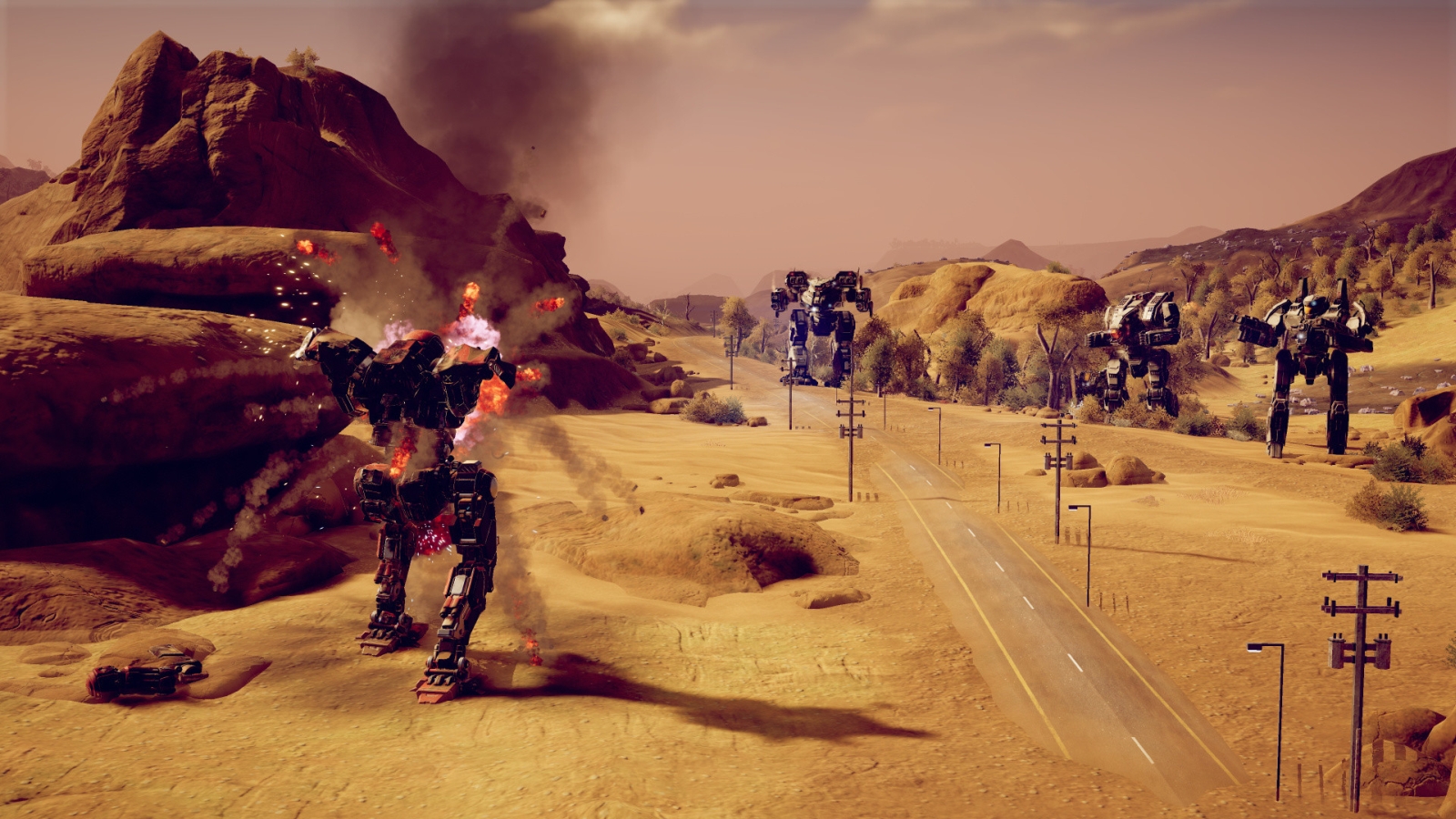 You brought the wrong tonnage to the fight.

The mechs in Heavy Metal come with specializations that can be real tide turners in battle. By way of example, the Vulcan has a close quarters combat (CQC) focus, with a bonus to melee attacks. Since there are no infantry in the game, it loses some of its luster, but the support weapons onboard get a bit of a buff. Meanwhile, the Archer has a pair of LRM-20s stock, as well as a module to tighten the spread of your missile salvo, causing extra damage to stability when they land. The Assassin lives up to its name by ignoring evasion bonuses the enemy racks up through movement. The Rifleman has a rangefinder suite that, when combined with long range weapons, reduces attack penalties and let’s them see further. These advantages combine to create new engagement opportunities for even the most seasoned Mechwarrior.

Beyond the titular heavy metal there are eight new weapons to equip on your lance. Farming them from enemies is slow going, but they occasionally appear in stores, and most of them are very worth the search. The LB-X is a shotgun-like ballistic weapon that is absolutely brutal at medium to close range. Ultra Autocannons come in the usual 1, 5, 10, and 20 variants, conveying a longer range and faster fire rates than its standard cousin. Inferno missiles are for those who like to shut down mechs with a rain of fire. The most interesting weapon, however, is the COIL Beam. While not an official lore weapon, it appears to charge itself through the internal workings of the mech’s fusion engine, charging additional energy the further your mech travels. In theory this is best used on light mechs as they’ll be able to move furthest, but it can also be used on medium mechs that can handle a little dustup and still move a moderate distance, such as the new Rifleman. Across the board, the mechs and weapons fold in nicely with those already present. 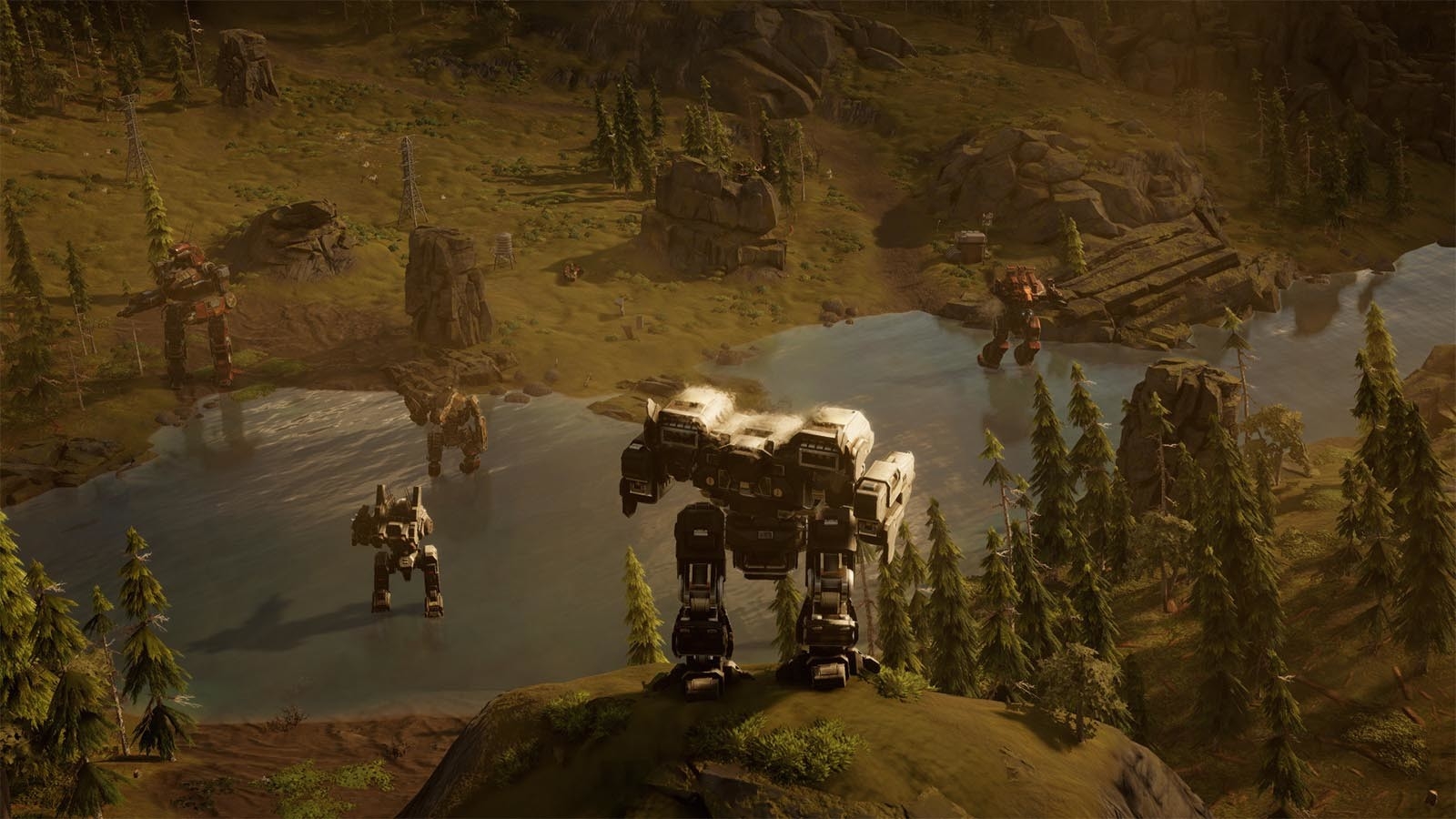 The Heavy Metal DLC, like the previous two, integrates tightly with a new campaign, or into your existing one. If you’ve beaten the game and continue to roam the universe, you’ll run into lances with the new mech mixed in. If you are starting fresh, you’ll encounter them throughout your adventures. Similarly, the two new Flashpoint missions will appear in a new game or a continued game, requiring no special starting point to kick off.

Earlier I mentioned the Wolf’s Dragoons. If you are a lore dork like me, you’ve likely already seen where this is going, and I’m happy to say you’re right. For the uninitiated, the Wolf’s Dragoons are a notorious band of what can only be described as True Neutral mercenaries who having fought for House Marik, Davion, Liao, Steiner, and Kurita — they are equal opportunity for those who have the C-Bills. I won’t ruin the two Flashpoints, but it folds perfectly into the campaign, exploring a derelict ship floating in space and needing a bit of rescue and perhaps a little raiding, though I’m sure Black Widow will have a little to say about that… 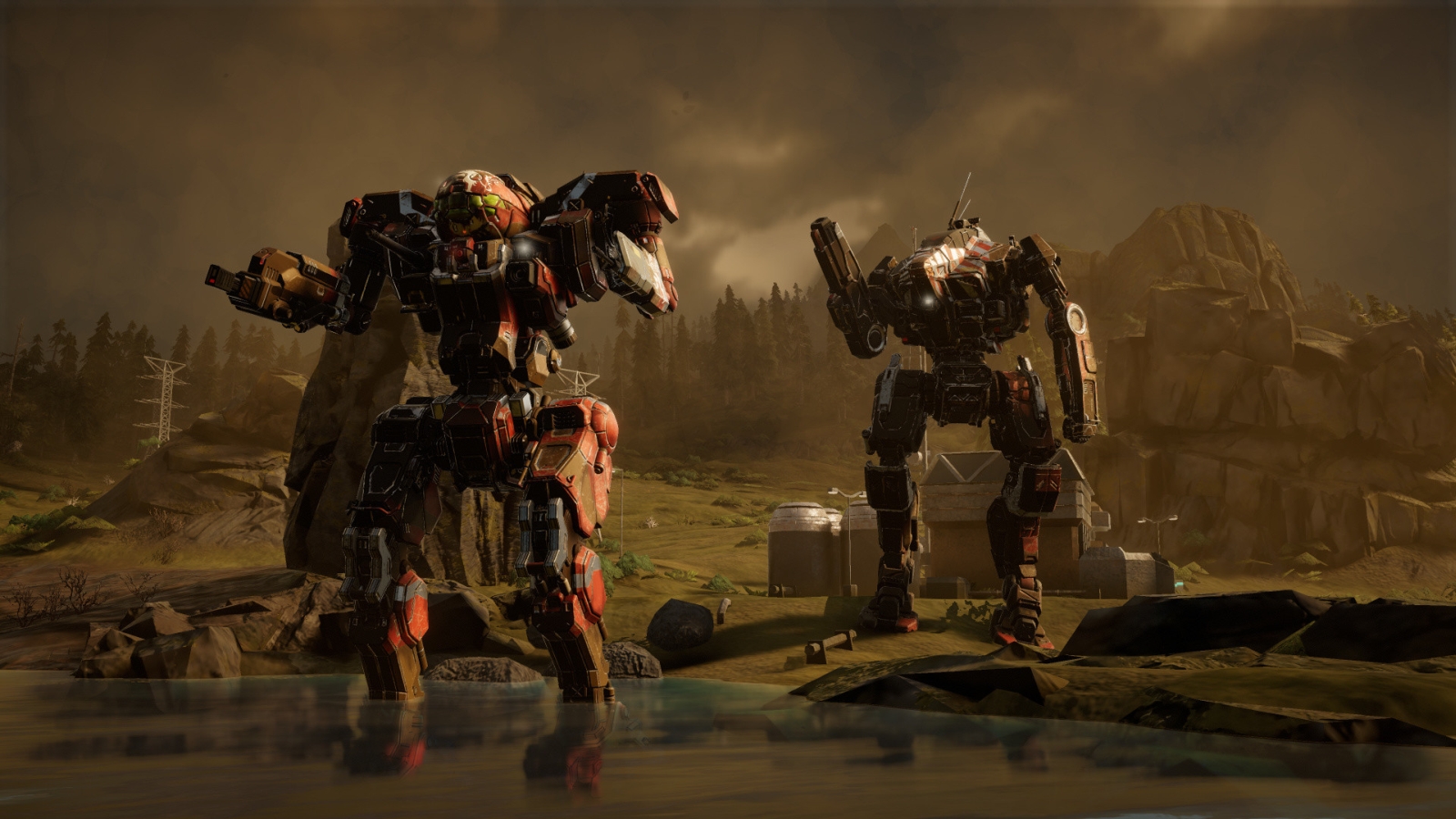 Just two of the new mechs in Heavy Metal.

Admittedly, I picked up Heavy Metal as part of my season pass, but the current price is $19.99. That said, I’ve logged several hundred hours on this game, and a periodic twenty dollar price to keep it fresh with new biomes, Flashpoints, and new mechs is a small price to pay for as much as I’ve gotten in return. That said, your C-Bills to content ratio may vary.

Folding in a fresh stable of mechs, and eight new weapons, Heavy Metal brings new ways to play. It also delivers a brand new mech in the Bull Shark, as well as specialization modules and two new lore-heavy mini-campaigns in the form of Flashpoints. Whether it’s your first flight, or if you are a seasoned veteran, Heavy Metal rounds out Battletech nicely.

Ron Burke is the Editor in Chief for Gaming Trend. Currently living in Fort Worth, Texas, Ron is an old-school gamer who enjoys CRPGs, action/adventure, platformers, music games, and has recently gotten into tabletop gaming. Ron is also a fourth degree black belt, with a Master's rank in Matsumura Seito Shōrin-ryū, Moo Duk Kwan Tang Soo Do, Universal Tang Soo Do Alliance, and International Tang Soo Do Federation. He also holds ranks in several other styles in his search to be a well-rounded fighter. Ron has been married to Gaming Trend Editor, Laura Burke, for 21 years. They have three dogs - Pazuzu (Irish Terrier), Atë, and Calliope (both Australian Kelpie/Pit Bull mixes).
Related Articles: Battletech Heavy Metal
Share
Tweet
Share
Submit