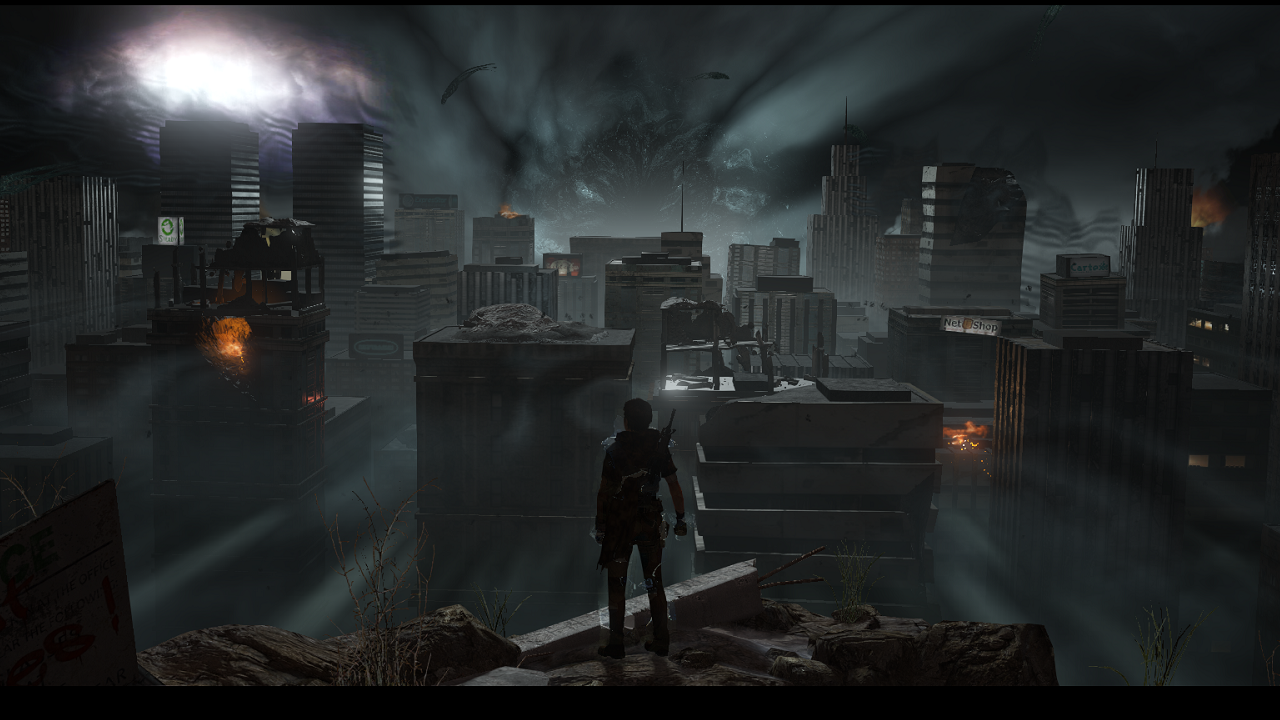 Beyond: Two Souls is the next in Quantic Dream’s line of interactive dramas to hit home computers. Whereas Heavy Rain took a detour into the realm of “gritty realism,” Beyond: Two Souls leads players back onto familiar Quantic Dream territory, the supernatural thriller. This time, players follow the unlikely duo of Jodie Holmes and her ghostly companion, Aiden, on a journey spanning twenty years—from childhood to adulthood. And what a hectic journey it is: one moment players might find themselves deep behind enemy lines, then rushing to cook dinner in the next, later brawling on the streets—the game values variety. But, that isn’t to say that it manages to gracefully avoid all the pitfalls that tripped up its predecessors. Behind every standout moment: the same missteps that made eyes roll in previous games.

Having been released at the tail end of the PlayStation 3’s life cycle, Beyond: Two Souls is the PlayStation 3 at peak power. Compared to the poorly-aging Heavy Rain, the character models, animations, and the environments present hold up remarkably well. Players should, however, expect a touch of uncanny valley and the game’s own versions of Heavy Rain’s infamous awkwardly-animated scenes. Players of the PC port will also enjoy a jump to 60 fps and a standard selection of graphical options—including the ability to toggle motion blur and depth of field on/off. Hallelujah. Also making a return are a fine selection of bugs and graphical glitches, though not nearly as prevalent. On occasion, certain hiccups might force players to reload in order to progress, but it’s largely harmless flickering assets. Keyboard and mouse controls are more than serviceable just like with Heavy Rain’s port (minus motion controls), although in the case of Beyond: Two Souls, a controller is still recommended given its action-oriented nature. What a controller won’t improve are the odd camera perspective switches, slow animation wind-ups, and unnecessarily large hitboxes on objects contributing to some finicky navigation around environments. Also worthy of a mention is an increased subtlety in the command prompts—smaller, cleaner, less oppressive prompts make a greater effort to keep players in the scene. 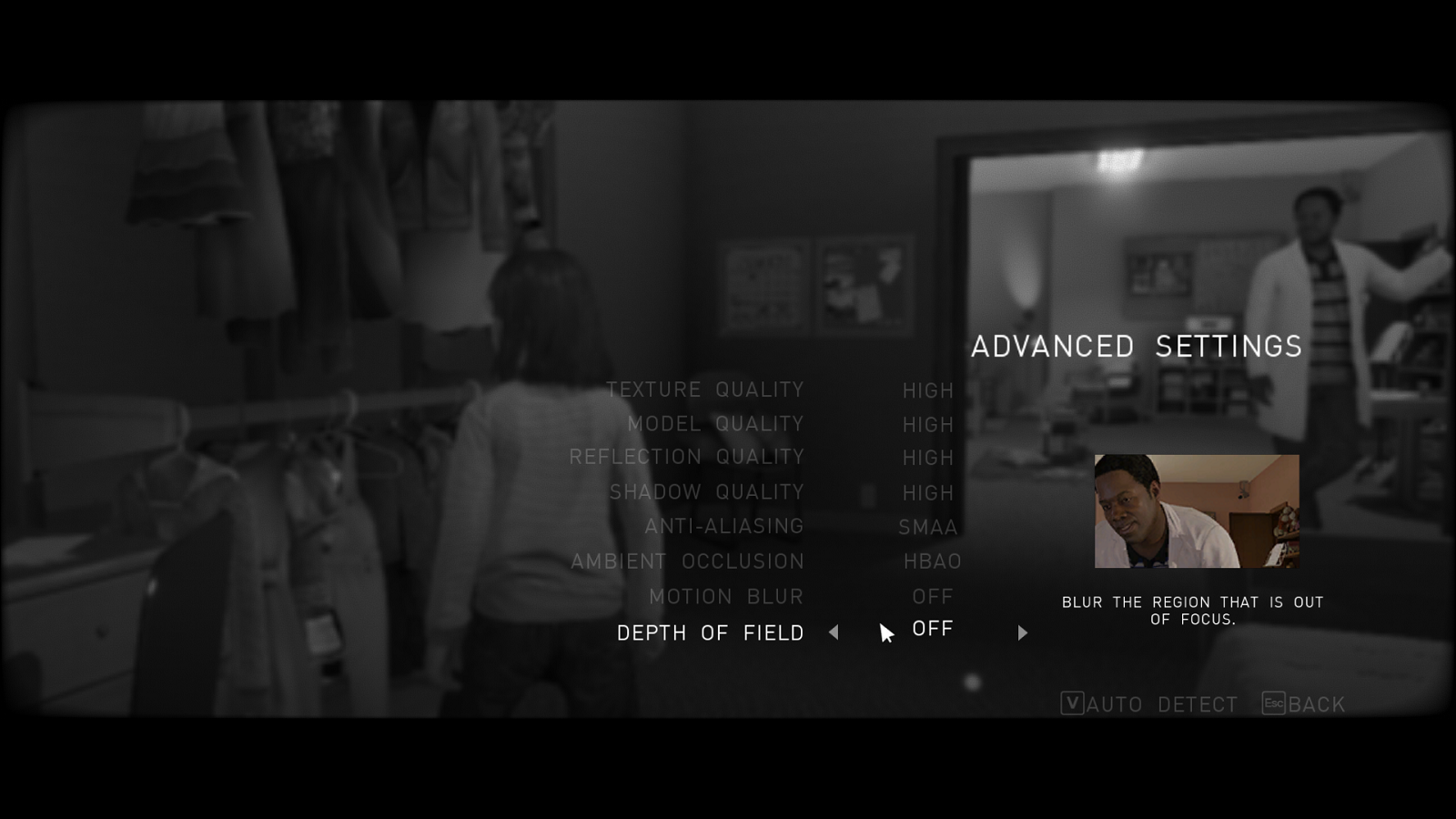 Comes with the basics

Beyond: Two Souls’ narrative quirk is that the events of the story are told out of order (there’s a remix mode that follows the chronological order), and it’s through this particular structure that the game delivers on its promise of mystery and surprise, especially with all the non-stop leaps from one wild set piece to another. Chapters also see an increase in replayability, whether that’s because players want to experience the tale of Jodie and Aiden through a different chronological lens (remix mode) or try and obtain another of many chapter-specific outcomes made clear by end-chapter results screens similar to Telltale’s decision percentages.

Ellen Page as Jodie and Willem Dafoe as Nathan do their damnedest to elevate the game on the storytelling front, but it’s the weaknesses in the writing that inexorably mar the narrative. Some of the cast strike me as alternative versions of characters in previous Quantic Dream titles, retrofitted with more nuanced traits or personality quirks in an attempt to correct what issues previous games had—particular with their commentary. And still a select number of these characters fall flat on their face—closure continues to be an issue, and this extends beyond the characters as well. It’s no surprise that the game’s valiant attempts to tackle pressing social and world issues never land as it hopes they will. Players’ questions find unsatisfactory answers and quick resolutions dilute captivating plot threads, seemingly sacrificed for the sake of the main plotline, which could have used some extra work itself.

Certain chapters are absolutely ineffective at delivering on the emotion or the engagement promised. Many do, however. Sometimes they’re products of solid writing, but players will find that the strongest chapters are always backed up by strong narrative design. One great example, wreaking havoc as Aiden has the most satisfying feedback, but is seldom accepted as the proper response to situations. Small touches like the extra crisp sound effects and object physics in response to his mayhem really help players’ understand and sympathize with the ghostly entity. 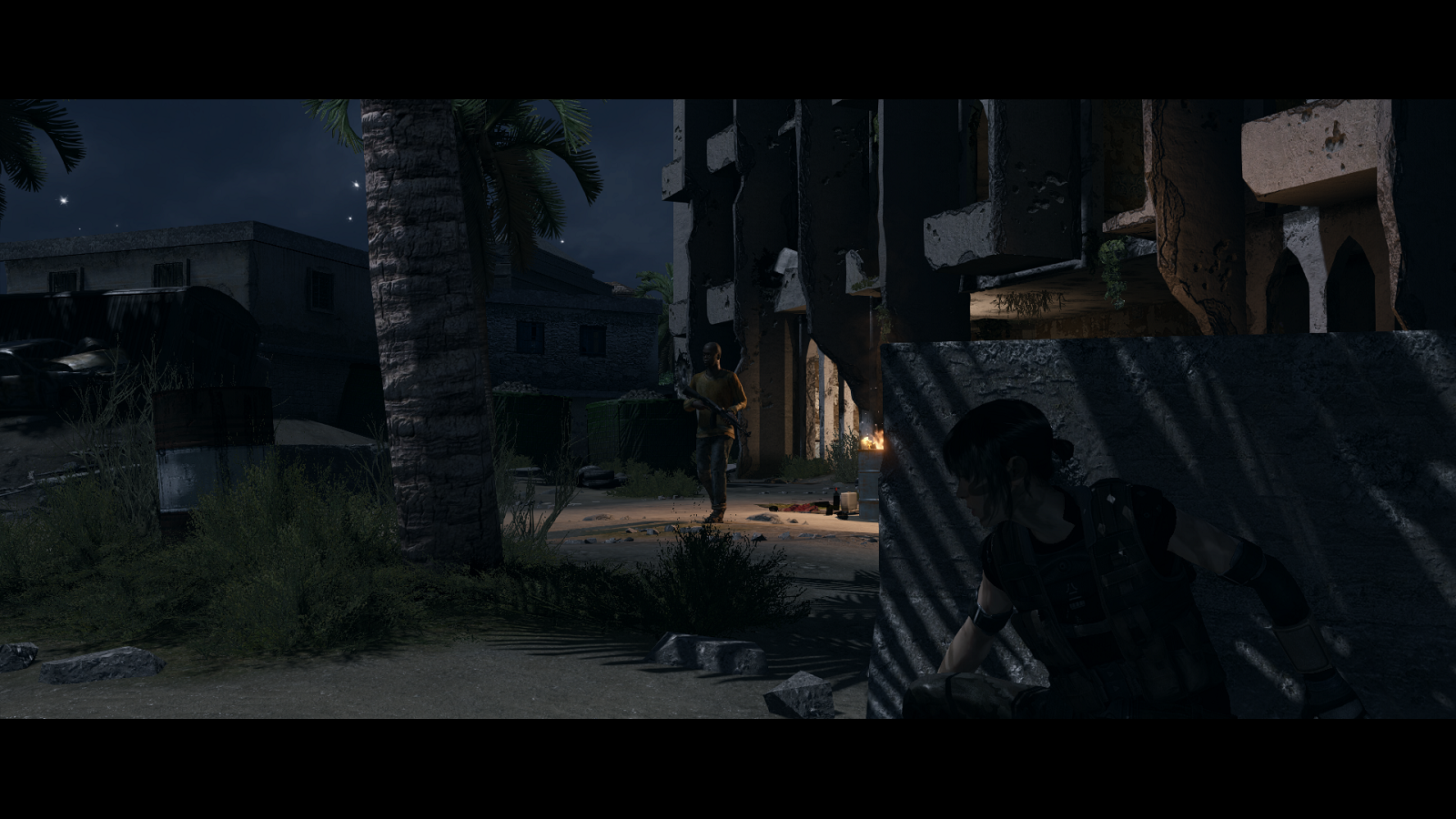 Players are given more control of characters than ever before, and they’ll need it to overcome the myriad stealth and combat ordeals. Although the action-based decision-making is shallow at best—extremely so when compared to what players perceive is possible—the departure from primarily claustrophobic environments is a welcome change alongside Jodie’s butt-kicking skillset. Picking up papers and pushing mugs around can only engage players for so long, but nailing a guy in the face with a well-placed swing is another story. And while players will find themselves flying around from situation to situation Call of Duty-style, the more organized, consistent array of potential button combinations and mechanics grounds the experience and stops Beyond: Two Souls’ more diverse gameplay palette from becoming too overwhelming. But perhaps at times it’s too clean. A change in setting can grab a player’s attention, but the overexposure to some old mechanics that never seem to see any development can cancel out the effects of any new stimuli.

What Beyond: Two Souls should be praised for is its attempt to elevate the moment-to-moment gameplay experience beyond what is expected of interactive drama. Never have players felt so directly involved in the game world and so inextricably linked to the character they control. It’s a shame that a plethora of tedious chapters and story issues seek to sever that bond in a game that values narrative above all else.

The PC port stands as the definitive way to experience Beyond: Two Souls, boasting a higher frame cap, solid keyboard & mouse controls, and a remix mode. These additions, however, do nothing to remedy the poorly-aged, cliché-ridden script and inconsistent chapters you may remember, but do highlight the game’s strong visuals and emphasis on variety.

A self-deprecating, overly sarcastic pair of glasses that occasionally possesses a human host in order to partake in the delightful process of playing video games, then immediately complaining about them. When he is not playing games (a rare occurrence), he can be found either writing about things that no one cares about, or haunting the quiet streets of his Canadian suburb.
Related Articles: Beyond: Two Souls
Share
Tweet
Share
Submit