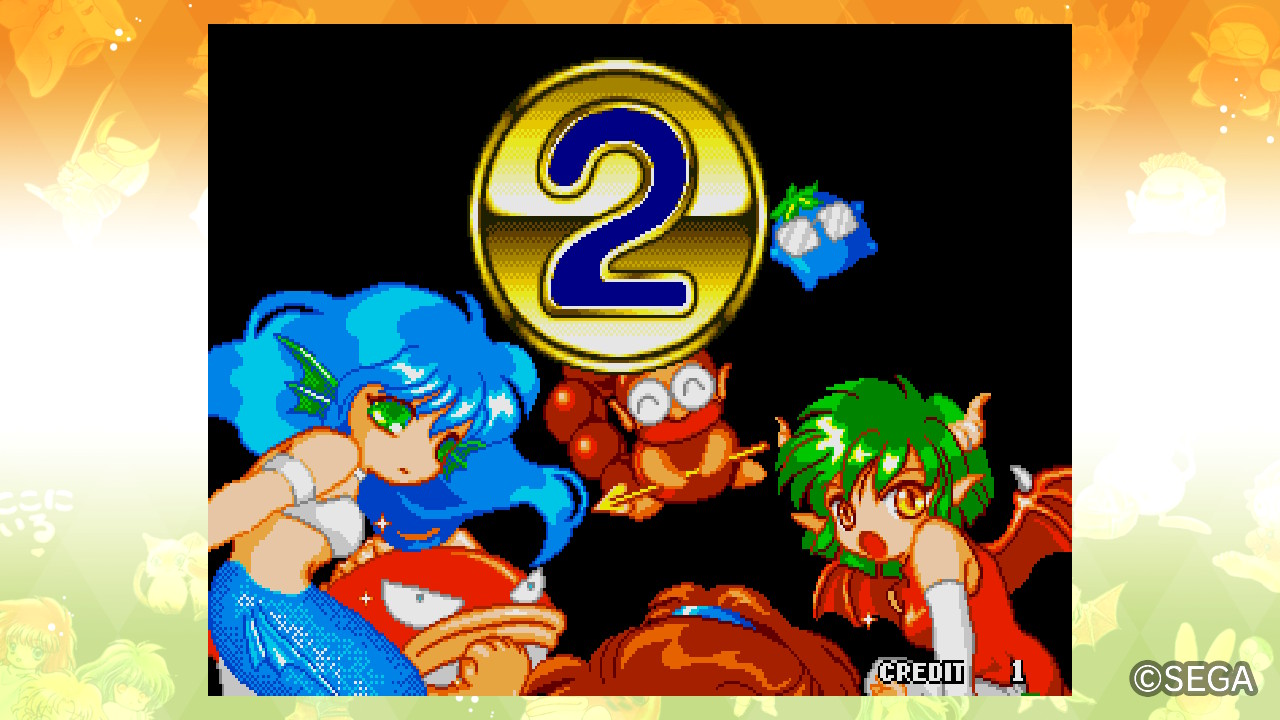 Puyo Puyo has created a following for itself in the West, but it wasn’t always known here by that name. The first Puyo Puyo was redesigned on Super Nintendo and Sega Genesis as Kirby’s Avalanche and Dr. Robotnik’s Mean Bean Machine respectively. We didn’t even receive Puyo Puyo 2 in English until now with Sega Ages: Puyo Puyo 2, which brings over more than just a straight port of the arcade version of the classic competitive puzzle game. 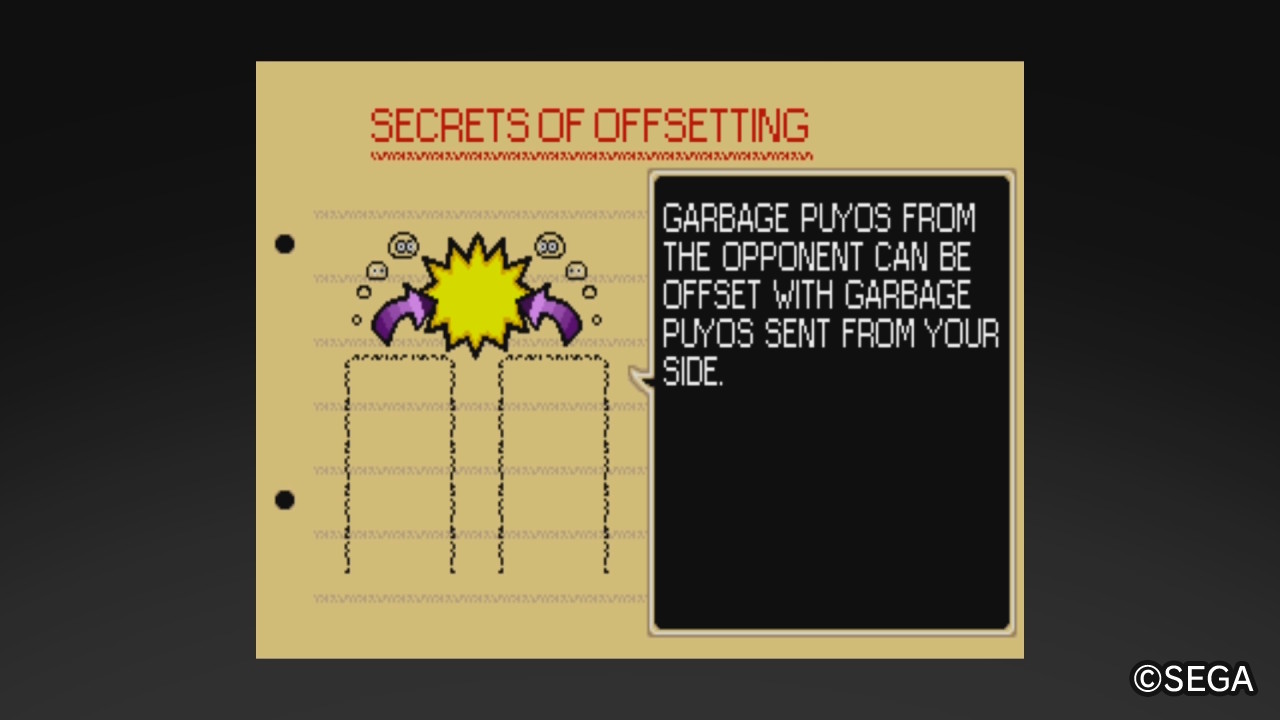 While the first Puyo Puyo created the foundation for the series, the Puyo Puyo 2 rules are what we’ve been following since, most notably the ability to offset garbage that is sent your way. This makes each battle much less overwhelming for the person that isn’t the first to set off a large chain. Since the Sega Ages version isn’t a straight port, it takes advantage of what players wanted to explore the competitive side of the game that defined the series. Online play is available, but sadly I didn’t get to experience it as much as I would have liked to. 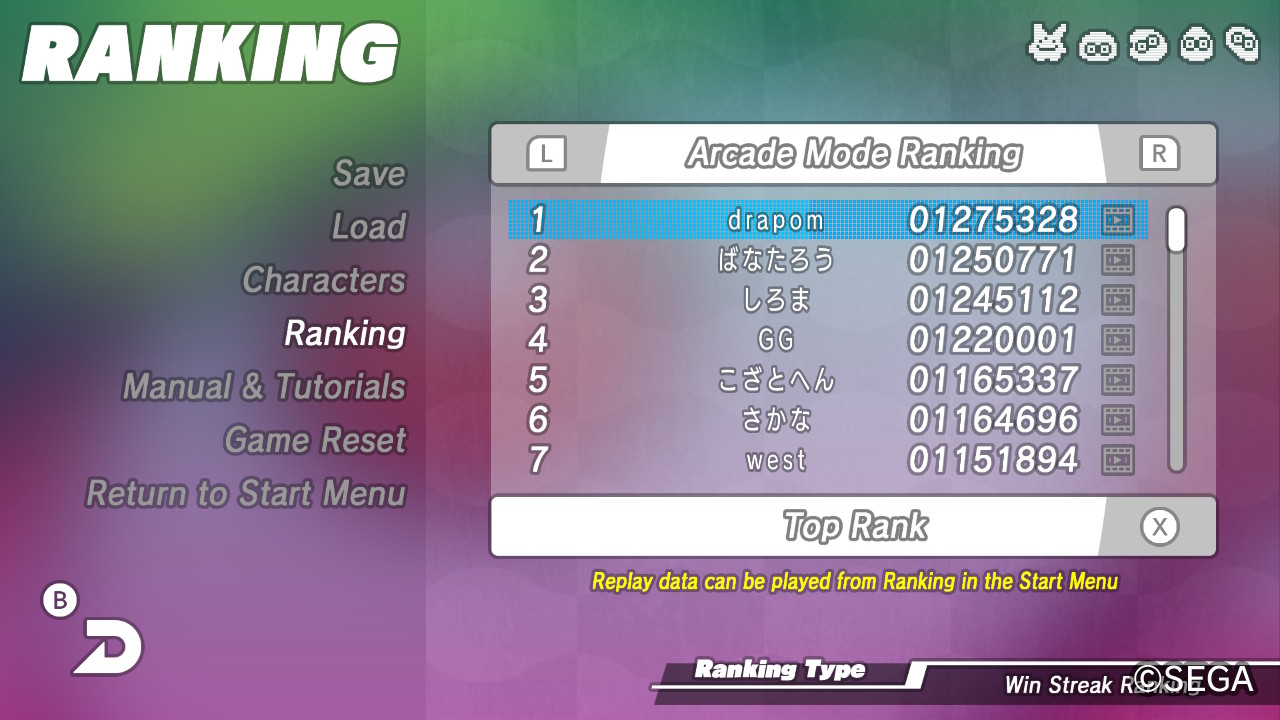 Technically, Puyo Puyo 2 has been available on the Nintendo Switch for a few months now. It’s currently part of Nintendo Switch Online’s SNES offerings, though the drawback is that the entire game is in Japanese. With Sega Ages, they’ve created a new menu that allows you to take advantage of the new features as well as know exactly what game mode you’re selecting. In addition, they’ve also created a colorblind mode for players that need the accomodations. 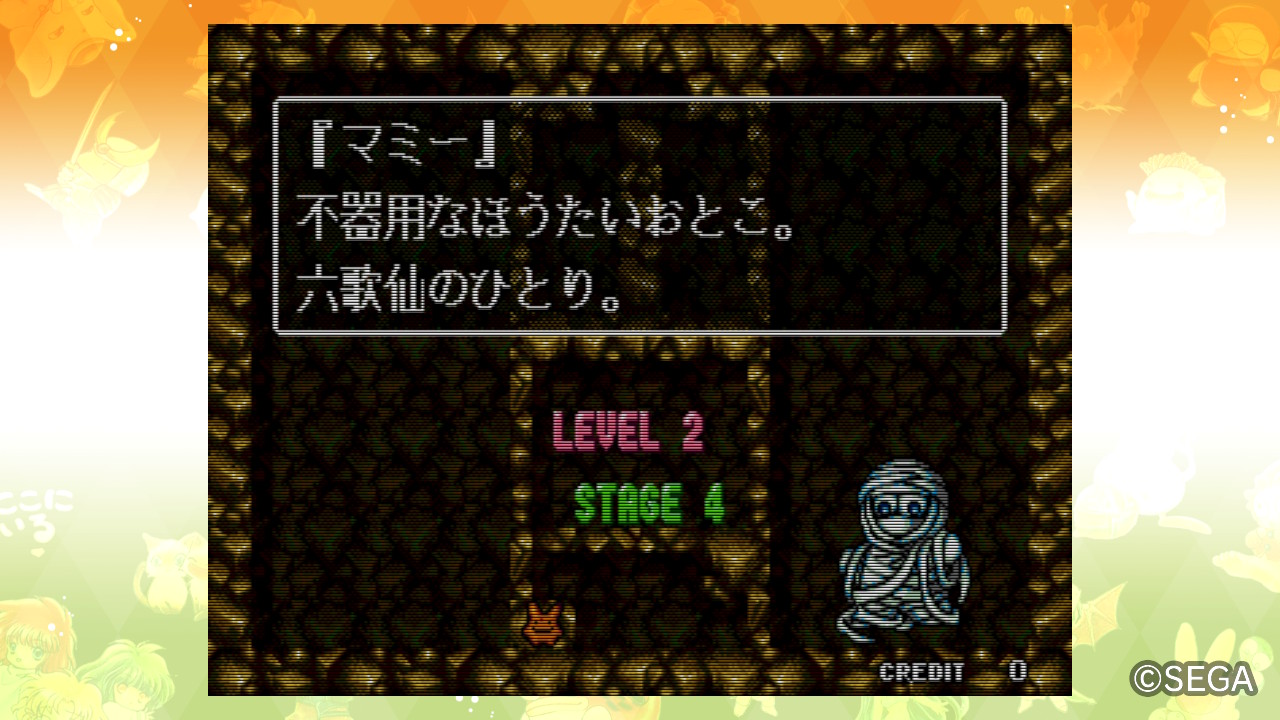 But while this game boasts about being the first English translation of Puyo Puyo 2, that’s not entirely accurate. While the menus are in English, if you’re playing through the arcade mode, the game will still have its characters’ dialog in Japanese. It most likely wasn’t possible to adjust the in-game text, but it’s still disappointing. 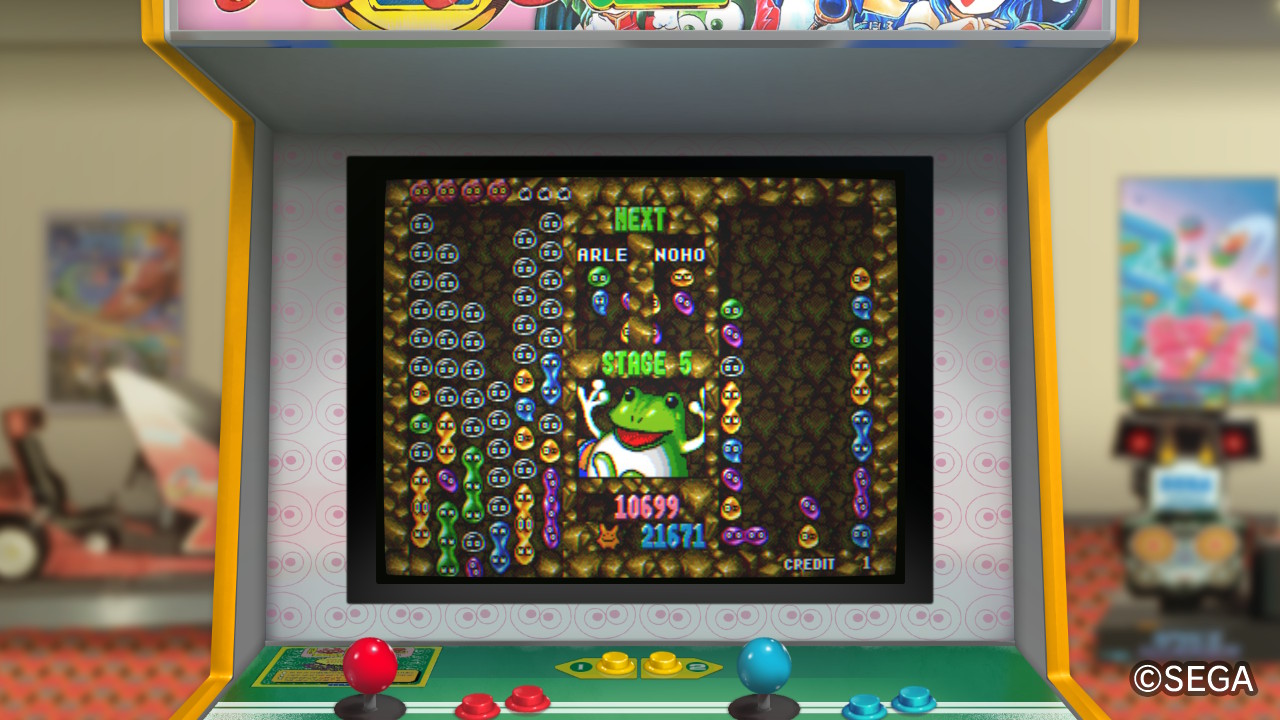 As this is a Sega Ages title, there are a plethora of different display options. You can play with the original screen size, stretched, or even on a cute little arcade cabinet display, as unintuitive as it may seem for gameplay. You can also change the border around the game and the color of the puyos. Though, I personally preferred the default setup. 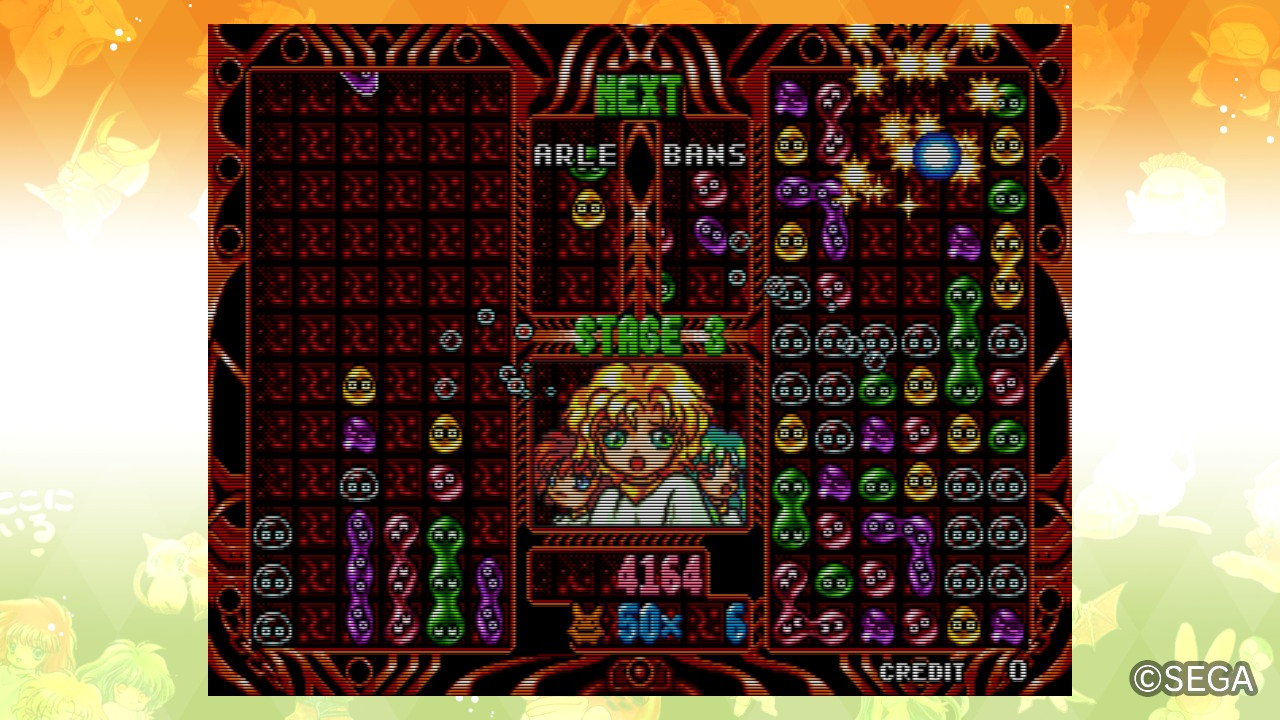 There are now three official ways to play Puyo Puyo on Switch. Puyo Puyo Tetris is a viable way, as it has the option of both players only choosing Puyo Puyo. Puyo Puyo Champions is a good cheap alternative that takes advantage of the official ruleset. And lastly, we have Puyo Puyo 2, a good way to play competitively with the original competitive ruleset. If anything, I fear that having three versions of what is essentially the same game will thin the competitive scene, but it all comes down to cost, and in that regard, Puyo Puyo Champions is the only competitor. 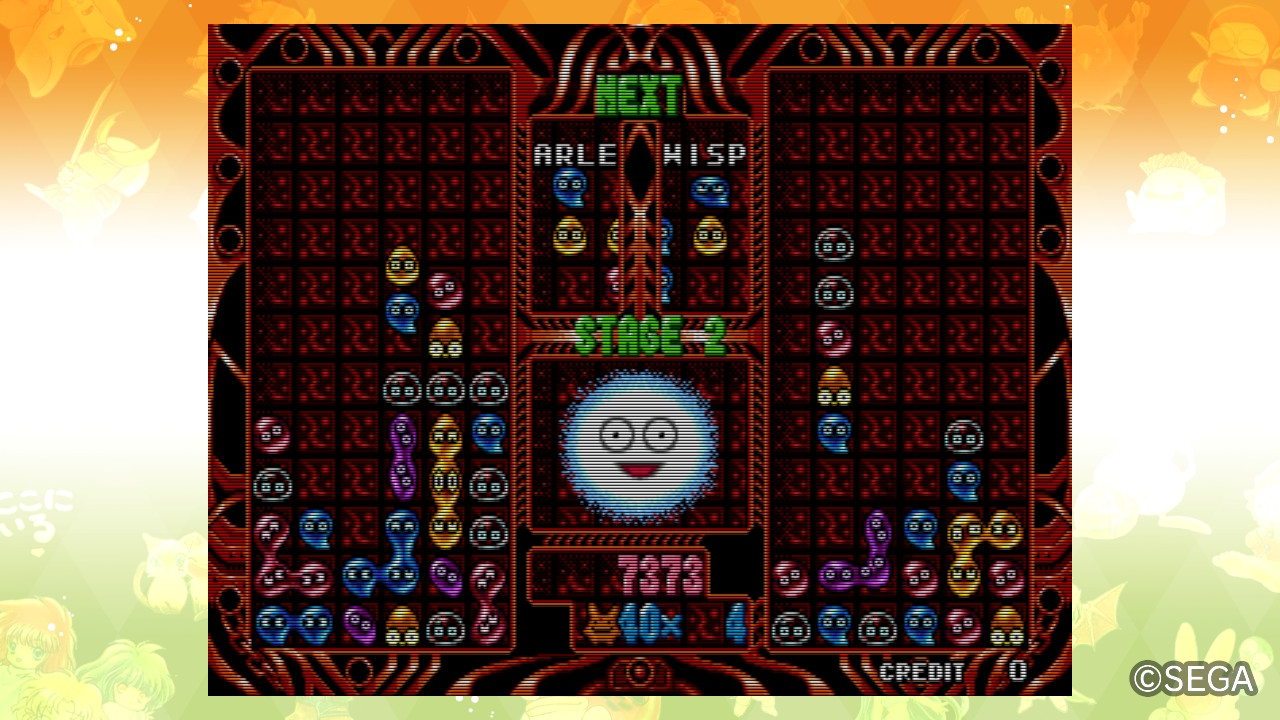 Sega Ages: Puyo Puyo 2 feels more like a treat for hardcore fans of the series. For fans in the west that would like to know where the standardized ruleset of the series came from, this is worth checking out, but if you have any other versions of Puyo Puyo, there may not be a reason to invest in this one. Especially since you won’t get to enjoy the arcade mode as much due to its lack of an english translation.

Sega Ages: Puyo Puyo 2 is a blast from the past for anyone wanting to explore the series roots. Its display options toy with your nostalgia while the added perk of online play makes another reason to check out the classic block-dropping competitive puzzle series. If you already have several Puyo Puyo titles, however, you may not be missing much.

Sean Anthony likes to combine two of his passions: gaming and writing. Gaming has been a huge part of his life ever since he played his first game as a child, Kirby's Adventure. He aspires to have his name attached to an article that makes the whole world go, "Huh, that's neat, I guess."
Related Articles: Sega Ages: Puyo Puyo 2
Share
Tweet
Share
Submit