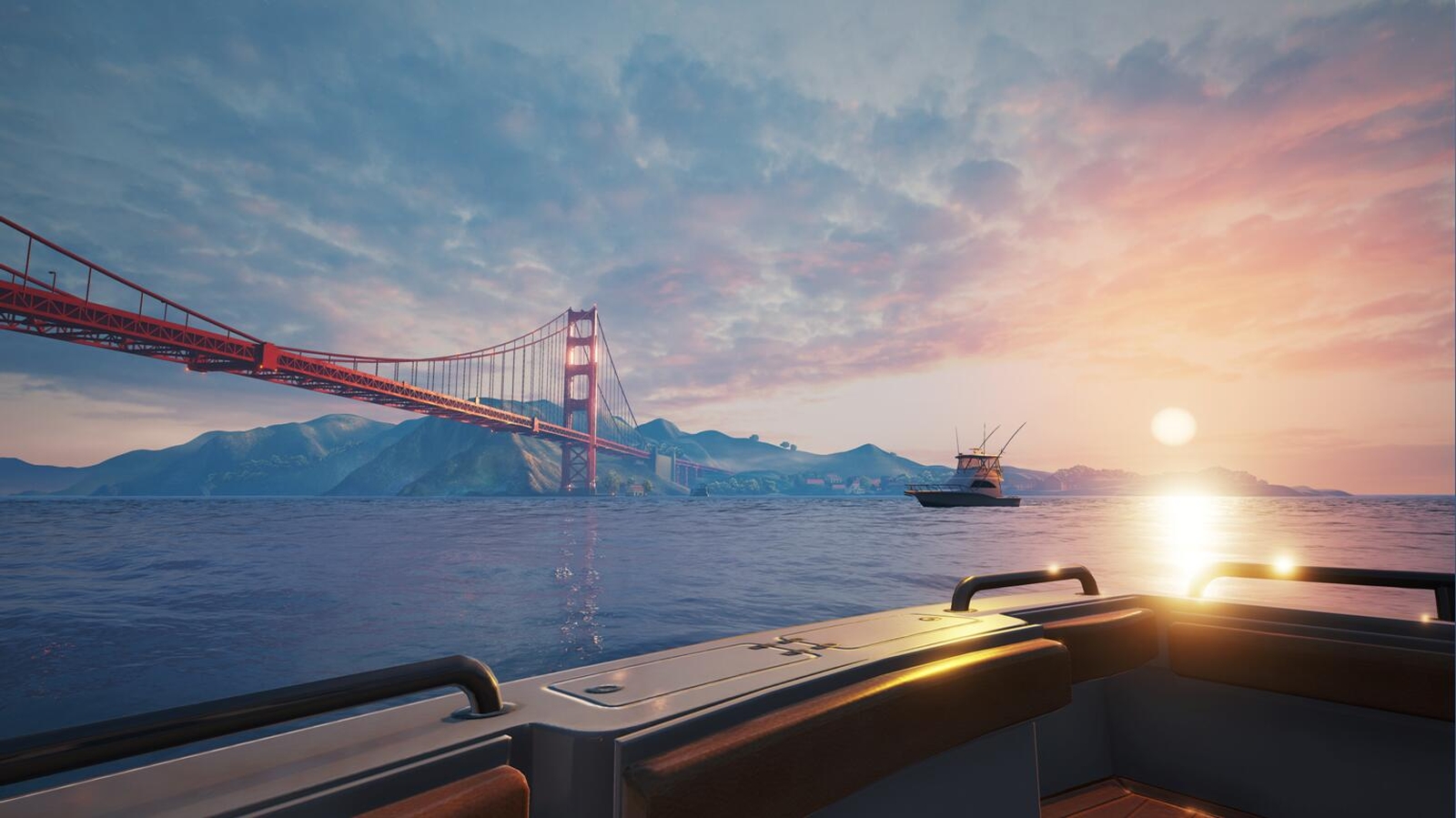 There’s something cathartic about fishing. For me, it’s less about the act of catching fish, and more about enjoying quiet time on the water. For fifteen years I lived in the middle of a landlocked state with few opportunities for a quiet day on the water. Fishing Master gives us a virtual day at the lake that you can take without the need for a boat, bait, or the endless financial money pit that is owning a boat.

Fishing Master opens with a quick tutorial showing how you hook a fish using the Move controller. It’s essentially as you’d expect if you’ve played any virtual fishing game, or have done it in the real world. When you cast your line, you’ll feel a little bit of resistance from the water. When a fish strikes, you’ll feel that tension increase, and you’ll have to pull the Move controller in the opposite direction to set the hook. As you fight the fish, you’ll have to balance line strength against the stamina of the fish. Snapping the reel back at the right moment jerks the fish into the boat, giving you a chance to measure it up so you can start formulating those fish stories for your friends.

The game features three locations; San Francisco Bay, The Swiss Alps, and the Arctic Ocean, with three hotspots at each one. As you tackle progressively larger and occasionally more dangerous fish (and even a few rays), you’ll also engage the game’s RPG-lite system. Your tackle consists of rods, reels (they are called wheels here?), baits, wires, and soda. Each one has a rating, durability, and a speed associated with it. You’ll earn coins by catching fish, which you can use to buy all this gear (I guess our character is poor having purchased a boat, just like every other money-pit boat owner). These upgrades slowly edge you towards being able to catch heartier and higher star-rated fish (though they are rated with a gem, not a star, oddly).  Each rod has a rating, as well as a speed associated with it. It also has a durability that erodes over time through use.

If there’s one thing that is a little strange, it’s that Fishing Master only uses one Move controller. Instead of using one to reel in the fish, and the other to handle the fishing pole, you only get the latter. Virtual Reality creates an approximation of the real world, but it just ends up being a little odd having one hand idle. This is only made more strange by seeing the on-screen avatar use two hands. This ties into my primary complaint with Fishing Master.

Get used to the music. You’ll hear it every single time you hook a fish.

The core gameplay loop of the game is simple enough – you flick your rod, casting the line into the water, and you fight the fish. Simple. Unfortunately, that’s precisely the depth the game has to offer. No fish finder to hunt larger fish (including the shark on the cover), and no matter how hard you whip the rod, the distance is the same — the game will decide where your line drops, and that’s the end of it. It breaks the illusion a little bit as it makes the locations feel a little bit like backdrops on a green screen.

On the other hand, there’s one thing that Fishing Master really nails, it’s the look and feel of its three locales. Thanks to using Unreal Engine 4, the boat, environment, backgrounds, and everything else looks fantastic. The fish are even a step above that, with dozens upon dozens of unique species, many of which I’ve never heard of. Seeing them almost hit you in the face virtually never gets old.

The biggest fish-slap to the face I felt, however, came from the RPG-lite mechanisms I mentioned above. The goofy UI can cause you to repurchase objects on accident, and the economy on consumables versus real upgrades like lures, rods, and reels is highly out of whack. You can buy a new spool of wire for the prize bucks yielded from one or two hook-dips into the water, but the most minor of upgrades will cost you more than 15 successful catches. It can be quickly start to feel like gatekeeping and grinding as you work to just be able to nab the next level of fish. There are little sub challenges like snapping up five different fish species, or pulling in three fish during a rainstorm, but the economics still feel pretty out of balance.

The Snowball Games (or more accurately “Snowball Games Information Technology Company) team is based in Hong Kong, and that has resulted in some odd localization issues. Descriptions like “rod beginners II: Made of stronger material. But it is still unable to withstand a large strength” or more egregious ones like “Collect at lest 40 different fish”. It’s the sort of thing you’d expect to shake out with one or two QA passes, but here it is. A few more localization passes are certainly needed as it breaks my relaxation destination seeing the odd spelling or grammar gaff.

Best of all, you don’t have to take my word on any of this – you can take Fishing Master for a troll on your own as a free demo is available. Try it out and see if a quiet day at the lake is just what your need to step away from the bombastic noise of the holiday hack and slash.

Though riddled with localization oddities and misspellings, Fishing Master is a $20 relaxing day at the lake. If you focus on just pulling photorealistic fish into your boat and ignore the grind-heavy nature of the RPG-lite upgrade mechanics, there’s a shiny lure here. I’m not sure what to do with this other hand...

Ron Burke is the Editor in Chief for Gaming Trend. Currently living in Fort Worth, Texas, Ron is an old-school gamer who enjoys CRPGs, action/adventure, platformers, music games, and has recently gotten into tabletop gaming. Ron is also a fourth degree black belt, with a Master's rank in Matsumura Seito Shōrin-ryū, Moo Duk Kwan Tang Soo Do, Universal Tang Soo Do Alliance, and International Tang Soo Do Federation. He also holds ranks in several other styles in his search to be a well-rounded fighter. Ron has been married to Gaming Trend Editor, Laura Burke, for 21 years. They have three dogs - Pazuzu (Irish Terrier), Atë, and Calliope (both Australian Kelpie/Pit Bull mixes).
Related Articles: Fishing Master, Let's Play, VR
Share
Tweet
Share
Submit