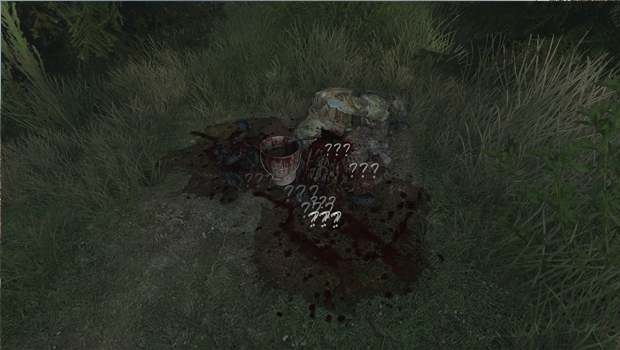 When I saw the Gamescom trailer of The Vanishing of Ethan Carter, I was unreasonably pumped.  The trailer presented an eerie detective game with puzzle mechanics and a supernatural aura.  My friend and I sat together, theorizing over ramen noodles about what the game would play like.

After all that hype floating in my head, I was initially disappointed when I started up the game.  There was no direction at all, and I found myself aimlessly wandering for about an hour just stumbling from place to place.  I know the game warned me that “this game is a narrative experience that does not hold your hand,” but I didn’t expect to be pushed into the world without even knowing where I was or why I was there.  Heck, even Amnesia: The Dark Descent tells you more than The Vanishing of Ethan Carter does, and the game is called Amnesia. But after I started to learn the rules of the game, I watched a genuinely rich and intriguing narrative unfold that I couldn’t stop thinking about–even away from the game.

You play as Paul Prospero, a paranormal investigator with the unusual power to replay a crime scene in order to figure out exactly how it all happened.  The scene plays out in several fragments, each represented by ghostly figures frozen in time.  It’s the player’s job to rebuild the scene by placing the scattered clues where they were before the murder occurred, then arranging the fragments in chronological order.

These aren’t the only puzzles the game offers, but even explaining themin the smallest detail ruins the fun. A lot of the challenge is just figuring out what you’re trying to do, and once you do, it’s such a solid and rewarding feeling. Not to mention that after each of the non-murder based puzzles, you’re treated to an absolute visual feast.

The phrase “visual feast” describes just about every angle you can look at The Vanishing of Ethan Carter from. Around every turn is a beautiful landscape, chilling graveyard, or expansive wood. The sense of loneliness and fear is so evident throughout your quest, and it’s juxtaposed against the backdrop of a gorgeous town wedged in the mountains.

You’re tasked with finding Ethan Carter, a missing boy from Red Creek Valley, a small town tucked away in the mountains.  Upon arriving, it becomes immediately obvious that something deeply sinister is going on.

The string that ties all of the puzzles together are the haunting stories written by Ethan Carter scattered through the game world.  The scrawlings of a young boy, combined with the chilling and wise voiceover narration of Prospero, are all that you have to cling onto when solving the mystery of what is happening in Red Creek Valley.  While a lot of the voice acting is sub par, thankfully Prospero’s is tremendous, and I was constantly excited when I heard him narrate the nature of the evils he’s used to facing.

For a supernatural game, The Vanishing of Ethan Carter doesn’t show you very much.  It’s a welcome change when compared to other horror games like Silent Hill, Dead Space, and Resident Evil, which resort to constantly throwing monsters at the player until they’re completely desensitized.  Developer The Astronauts knew exactly how much to show you while making the game and the answer was “not much.”

But one thing The Astronauts left out to the game’s detriment were save points.  You can’t save manually either, so if you have to quit in the middle of a puzzle, then you’ll have to solve each piece again upon returning.  Luckily the puzzles aren’t very long, but it is annoying for an important mechanic like saving to be missing.

Fight through that frustration of wondering where to go when you start The Vanishing of Ethan Carter.  Once you learn the rules of the game, you’ll find a deeply satisfying, if short, story within.