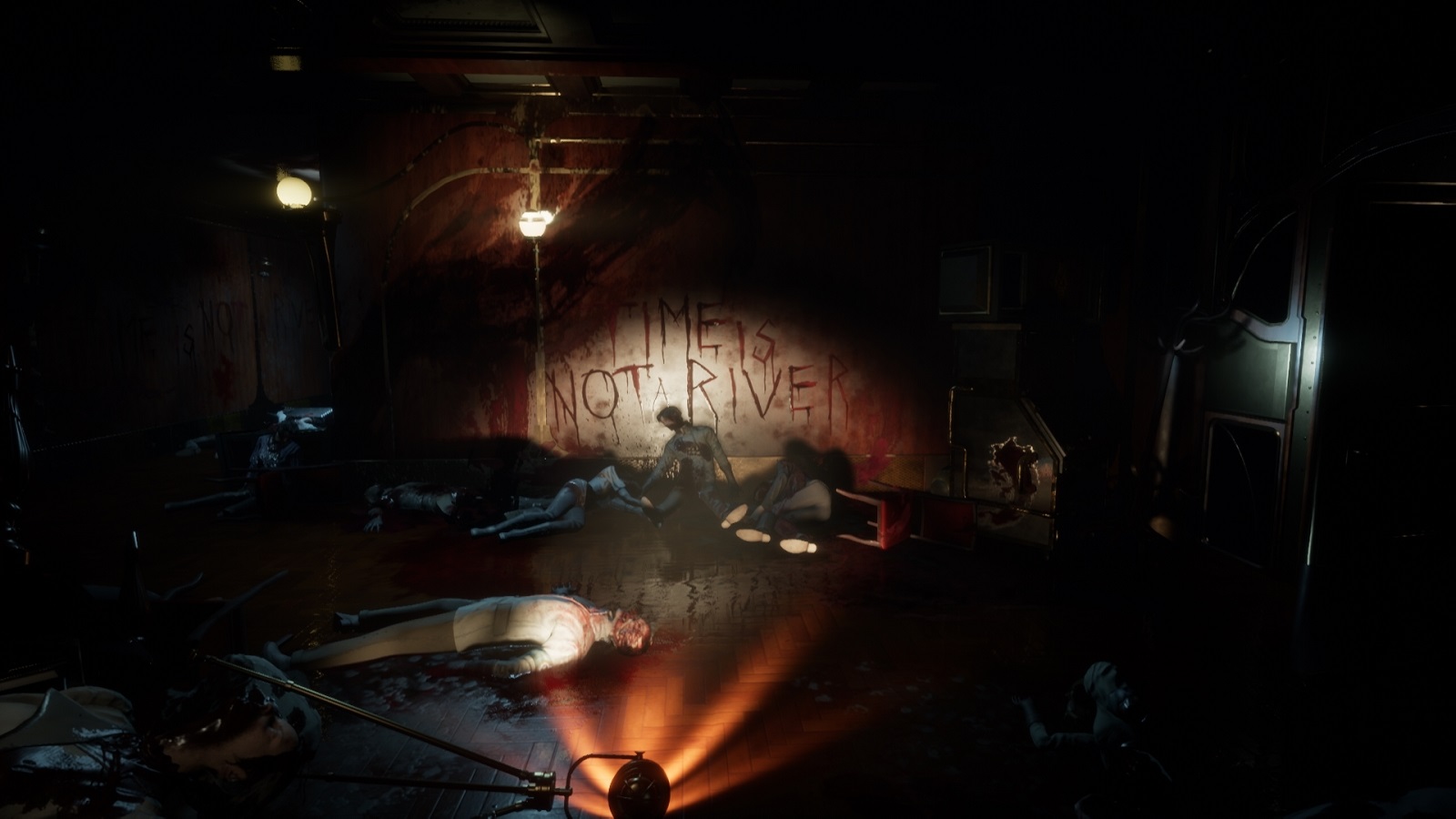 The Helios—Nikola Tesla’s Art Deco-inspired, retrofuturistic megaship—sits on international waters awaiting the arrival of Rose Archer, a concerned sister and journalist ill-prepared for the many horrors and mysteries lurking inside. It’s a killer premise for this narrative-driven, horror-adventure, but while Tesla has a lot in store for players over their 4-5 hour corridor-crawl, Close to the Sun lags a few steps behind its inspirations. The game has many great parts, but they fail to come together to create a cohesive whole.

Moody lighting and a glossy finish are the immediate highlights; the game whirs to life thanks to the crisp and cohesive visual feast that is the Helios. Meticulously placed debris tell a new story in every room while flickering lights and ominous silhouettes draw attention and guide players through the ship. Complementing strong visual storytelling are chilling sounds that haunt every hallway, capable of slowing or hastening the player’s pace at any given moment.

During its opening hour, Close to the Sun’s environmental storytelling is in full effect, uninhibited by the issues that plague its second half. It’s at the end of the first chase sequence that the game begins to fall apart. While its opening had the element of surprise at its disposal, it quickly becomes apparent that the game’s overly simplistic mechanics don’t lend themselves to a diverse gameplay experience. 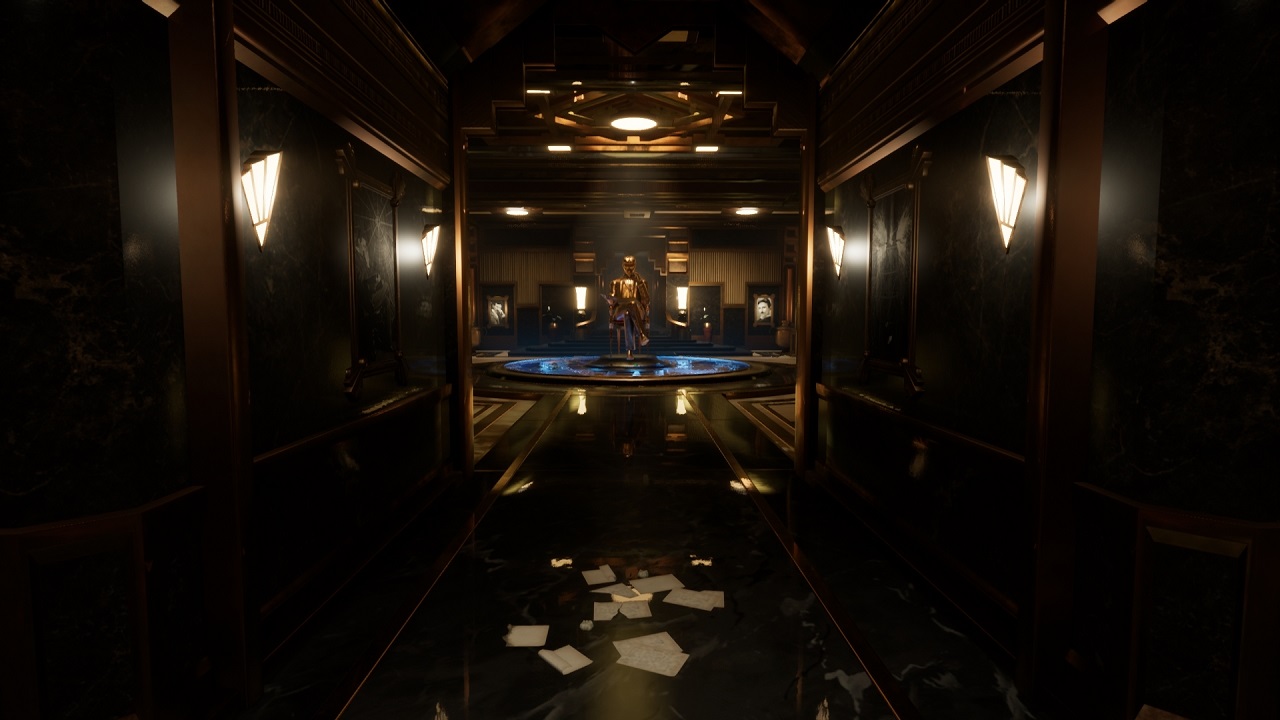 Rose walks relatively slow, and her sprint bonus doesn’t quite justify holding onto the sprint button all the time. Interactable objects, as denoted by icons, take a combination of aiming and pressing an interaction button to use, unless said object is vaultable, in which case the jump button will suffice. With such few interactables, scripted interactions, and stunted movement, Close to the Sun shoots itself in the foot by making it painfully obvious how limited players’ options are, and by extension, giving players a decent idea of the limited ways in which the game, specifically the horror elements, can affect them.

The horrors of Helios don’t do the best job hiding their strings, either. Early in the game, a threatening character walks away then de-spawns while still in view. The only other ability available to the player is the option to look back while on the run, only to see your pursuer matching your slow sprint speed, thus ruining the illusion of a fast-encroaching evil and replacing it with the comical sight of awkward running. Several other moments come to mind in which the game unknowingly exposes upcoming scares and twists as a result of technical shortcomings and lack of polish. Some awkward character models and animations certainly don’t do the game any favors, and come off as quite jarring next to the beautiful environments. Bugs play a huge role in this as well: restarting at a checkpoint further than where the player was, dying immediately after respawn, dialogue overlapping or failing to re-fire after death, or simply just sounds not keeping up with the player’s pace.

Don’t be mistaken, there are some genuinely bone chilling sequences, but they’re far and few in between. Even with the limited mechanics, Close to the Sun demonstrates that it’s able to produce horror by capitalizing on the sounds and visuals without letting its more awkward elements interfere. These scares are the ones worth revisiting and developing, but never see the light of day again. Close to the Sun falls into the trap of reusing the same scare tactics with such minor variations that they begin to annoy rather than invoke fear. It reaches a point where upcoming scares can be predicted with frightening accuracy. 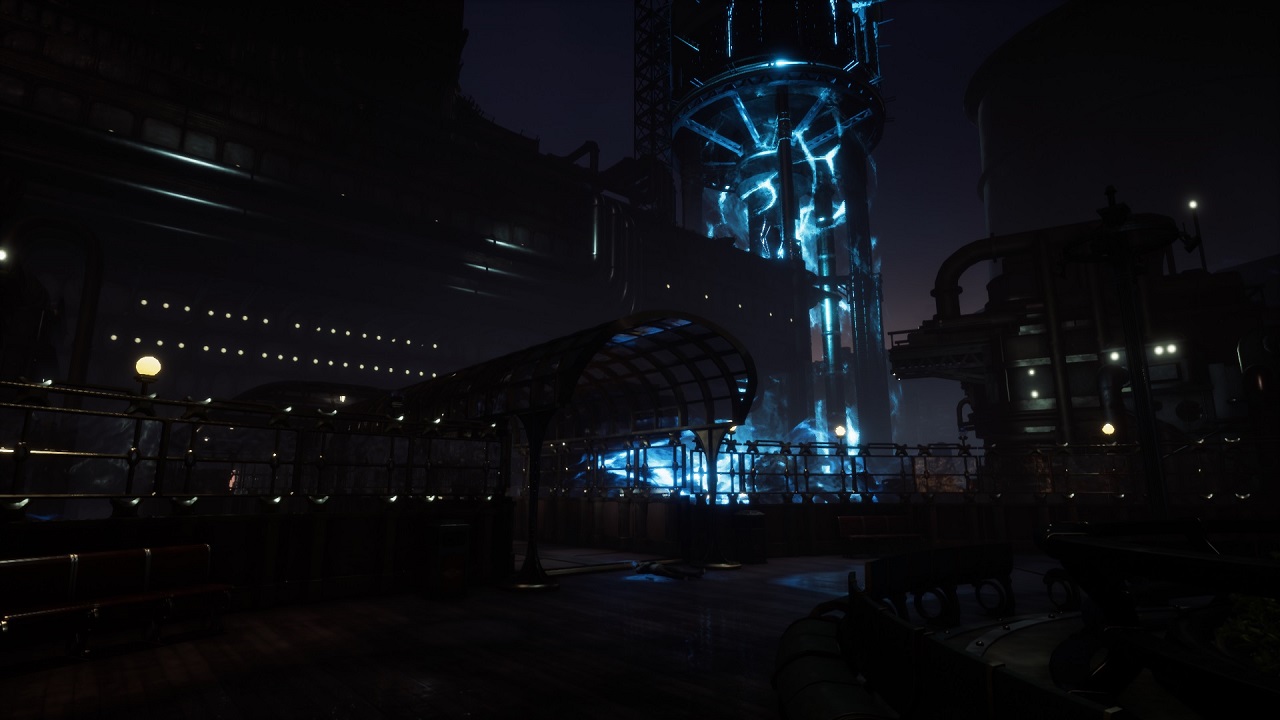 Gorgeous set pieces, but not much to do

When you’re not on the run, a considerable chunk of time is spent cracking codes and throwing switches. Most puzzles boil down to memorizing a certain order or a short string of numbers, which the game ensures are in an easy-to-retain order. A few one-off puzzles are sprinkled in which help to break up the monotony, but they still share a similar format. Buttons and switches are not as responsive as one would’ve liked, and the same can also be said about the rest of the player’s actions. Sprinting occasionally gets canceled when making turns and a handful of interactables requires the player to stand at very specific spots—both adding some unnecessary annoyances that occasionally result in a death.

The writing and voice acting deserve praise for the amount of heart behind each character’s words. Both certainly hit pockets where the quality suffers, but they’re consistent enough to not become a distraction. The characters are also fairly likable, although prone to saying some head-tilting things. Some flat ideas and weak resolutions to certain plot threads weaken the story, but if anything is going to push players forward, it’ll be to reach the next story beat.

Overall, Close to the Sun has the potential to be a great horror experience, but its shortcomings ruin the magic its stronger elements worked to build. Strong adherence to a visual aesthetic, coupled with solid environmental storytelling and sound design create the framework for a potentially exceptional horror-adventure experience, only to be brought down by banal gameplay and a host of bugs. It’s an experience worth having despite its oversights, but perhaps not at its current price point.

Close to the Sun

Close to the Sun is a few steps shy of a great narrative-driven horror, but its trite gameplay expels the magic its environments worked to create.

A self-deprecating, overly sarcastic pair of glasses that occasionally possesses a human host in order to partake in the delightful process of playing video games, then immediately complaining about them. When he is not playing games (a rare occurrence), he can be found either writing about things that no one cares about, or haunting the quiet streets of his Canadian suburb.
Related Articles: Close to the Sun
Share
Tweet
Share
Submit