Utilizing audio into its narrative-based gameplay, Alt-Frequencies is a mystery game where you have to record, rewind time, and broadcast snippets from radio shows, conspiracy theorists and politicians to change the outcome of a time loop. The game was also designed to be accessible to players that are blind or visually impaired.

What happens when everyone is stuck in the same time loop, without knowing? Alt-Frequencies is an audio-based game, revolving around radio stations that reset every 3 minutes. Populated with all sorts of different characters and personalities, players get an intimate look into the lives of radio hosts, conspiracy theorists, students, politicians, underground activists, train station managers – and a dog. By redistributing information, you change what happens in the next 3 minute time loop and impact both news cycles and the lives of the people behind them. Listen as their personal stories evolve, in a world that seems to stand still. 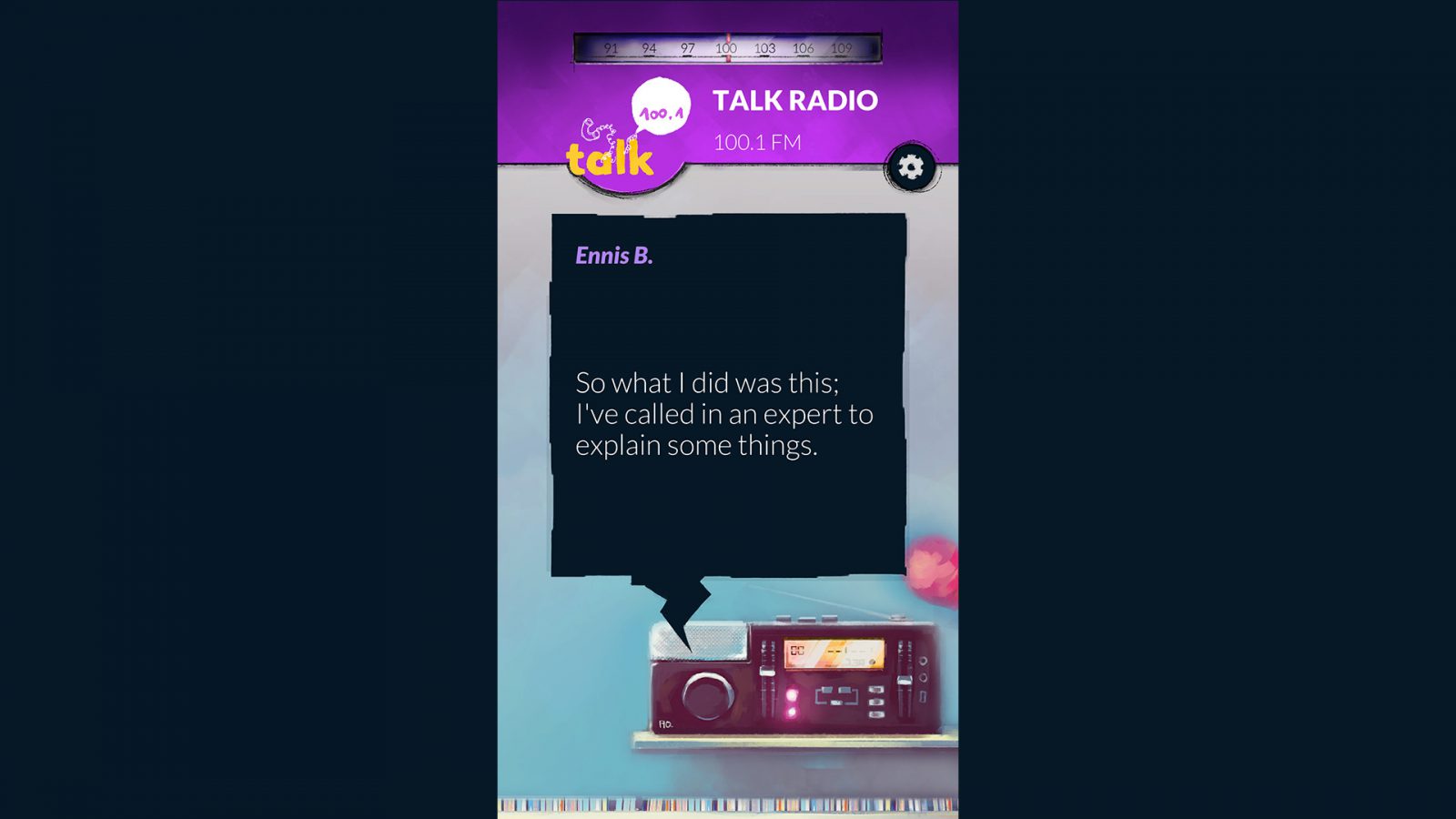 Alt-Frequencies will explore our relationship to media through utilizing the ability to go through different radio stations and explore a larger narrative. There a range of accessible features that make the game for accessible to visually impaired players. It also features a talented voice cast including Fringe and Welcome to Nightvale’s Jasika Nicole and Reasonably Sound’s Mike Rugnetta.

Alt-Frequencies will be released on PC and mobile devices on May 16th, 2019. For more information, visit the official website.