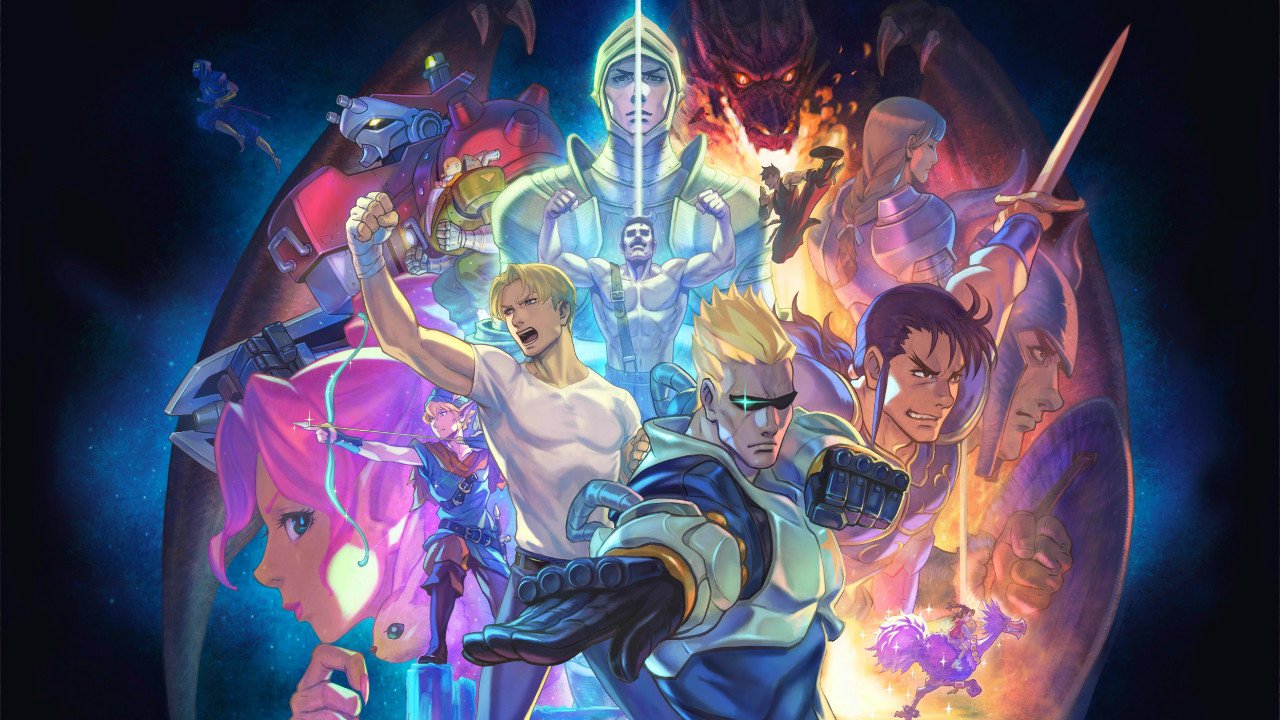 Even though I’m a 25 year-old adult, I’m still a giddy kid whenever I get to go to the arcade; I’m a DDR junkie, but I do like a round of Metal Slug or Tekken when I can find a machine. Beat ‘Em Up games were some of the best arcade experiences from the 90s, and I’m glad to see a resurgence of the genre with some modern titles adapting the thrill of clearing waves of baddies. Capcom recently released a collection of seven beat ‘em up games in the form of Capcom Beat ‘Em Up Bundle, and while there are some flaws with its modern presentation, it’s still a very great time when you’ve got friends over.

Right off the bat, you can select from the seven games featured in the package from the start: Final Fight, The King of Dragons, Captain Commando, Knights of the Round, Warriors of Fate, Armored Warriors, and Battle Circuit. The last two are notable, as this is the first time that they’ve been available outside arcades (over 20 years since their debuts!) You can also choose from English and Japanese versions as well as adjust difficulty settings, extra life score thresholds, and in some cases, how many people can play during one session. All of the games are locked on free play mode, so you don’t have to worry about doing everything on one credit (which considering how many times I’ve died playing Knights of the Round, I’d say is a great economical decision at $19.99).

Put simply, on offline mode, these games retain the same look and feel of their original counterparts, with some customizable border art to fill up the screen. There’s an option to quick save and load to the most recent save point, which isn’t necessary due to the brevity of the titles, but is a nice feature to have when you’re on the go. The games also offer up a simplistic two-button control scheme, and considering the source material, it’s actually quite refreshing to not get inundated with complex controls.  You also have drop-in, drop-out multiplayer for up to four players (if the game supports that many), and the offline performance is pretty solid. The Switch is perfect for instant pickup sessions with two Joy-Con controllers, and considering all the games are short and encourage multiple playthroughs, and you’ve got plenty of replay value in this package. On a side note, the portability of the console really makes for some fun conversations and get togethers should you have the necessary accessories.

There’s also some pretty neat concept art and extra pictures tucked away in the package.

It helps that each game is rather distinct from each other, though what one will prefer is basically up to personal preference. I won’t go into much depth with each game, but I will talk about my highlights. Playing Final Fight is a must for any fan of the genre, with protagonists Haggar, Cody, and Guy wreaking chaotic good havoc in order to save the day. There are tons of different ports of this title available everywhere, but it’s one that’s a staple, so I appreciated its inclusion. In addition, The King of Dragons has an action-RPG element to its characters, as you can upgrade weapons and defenses throughout the campaign. You have different character archetypes which you select at the beginning of the stage, and this one is great to play with friends due to the fact that each character has strengths and weaknesses based on fighting style; my Fighter struggled with some long range baddies, but was complemented by the magical help of the Wizard character, for instance. Each title brings something to the table, and by contrast, I had some things to say about the two new additions.

I was actually surprised to enjoy Battle Circuit as much as I did. While it has the trappings of a usual beat ‘em up, there’s an upgrade system where you can buy new attacks and abilities for your character, and I thought that was a nice touch for an arcade game. In addition, the silly atmosphere and cutscenes were an added bonus, and it was my favorite game of the bunch. There might be a couple that you’ll skip, however. I wasn’t a big fan of Armored Warriors due to how clunky and unresponsive the mecha protagonists moved. It also didn’t help that it felt like a Metal Slug rip-off and was easily my least favorite of the Capcom Beat ‘Em Up Bundle. A couple of duds aside, you’ll still have a lot of fun tackling these games alone or with friends on the couch.

Not pictured: Me raging at the online performance of this title (which will be explained later!)

However, a much-touted feature with this title was the ability to play online with people all over the world, and it’s… inconsistent, to put it lightly. With the inherent entertainment value of playing these games with your friends offline and through local communication via ad hoc, the online performance feels clunky and unitinutive. I have to give Capcom credit for making these options accessible to newcomers, especially if you want to just try playing a game without committing to it.  It’s easy to drop in and drop out of a game, but if the host decides they don’t want to see the current game to completion, they can exit, which will end the current game for everyone else. Seeing at how easy it was to join a game or lobby, I think it would have been better to transfer ownership of the current session to someone still in-game.

Aside from the limited matchmaking capabilities, there’s a whole lot of performance issues when playing with multiple people. With two players or in docked mode, it’s not too bad, but any more than that (or in portable/tabletop mode) and any game becomes a stuttering, glitchy mess. The music and sound clips out, framerate drops to the single digits (which is rather egregious in twenty-year-old arcade games), and the controls are clunkier than a beat up Ford Pinto. It’s even more frustrating when you have to wait for a random player to connect, only for them to disconnect minutes later, with a lengthy loading screen separating you from your inputs. The online multiplayer was fun when it was just one other player and I, but other than that it was too frustrating to enjoy.

Where there are some rampant online problems, Capcom Beat ‘Em Up Bundle is a nostalgic trip back to memory lane. A collection of solid titles with some robust local multiplayer and gameplay options make this one a no-brainer for newcomers or veterans of the genre.

Elisha Deogracias is an aspiring accountant by day, freelance writer by night. Before writing for Gaming Trend, he had a small gig on the now defunct Examiner. When not being a third wheel with his best friends on dates or yearning for some closure on Pushing Daisies, he's busy catching up on shonen manga and wacky rhythm games. Mains R.O.B. in Smash. Still doesn't know if he's a kid or a squid.
Related Articles: Capcom Beat 'Em Up Bundle
Share
Tweet
Share
Submit