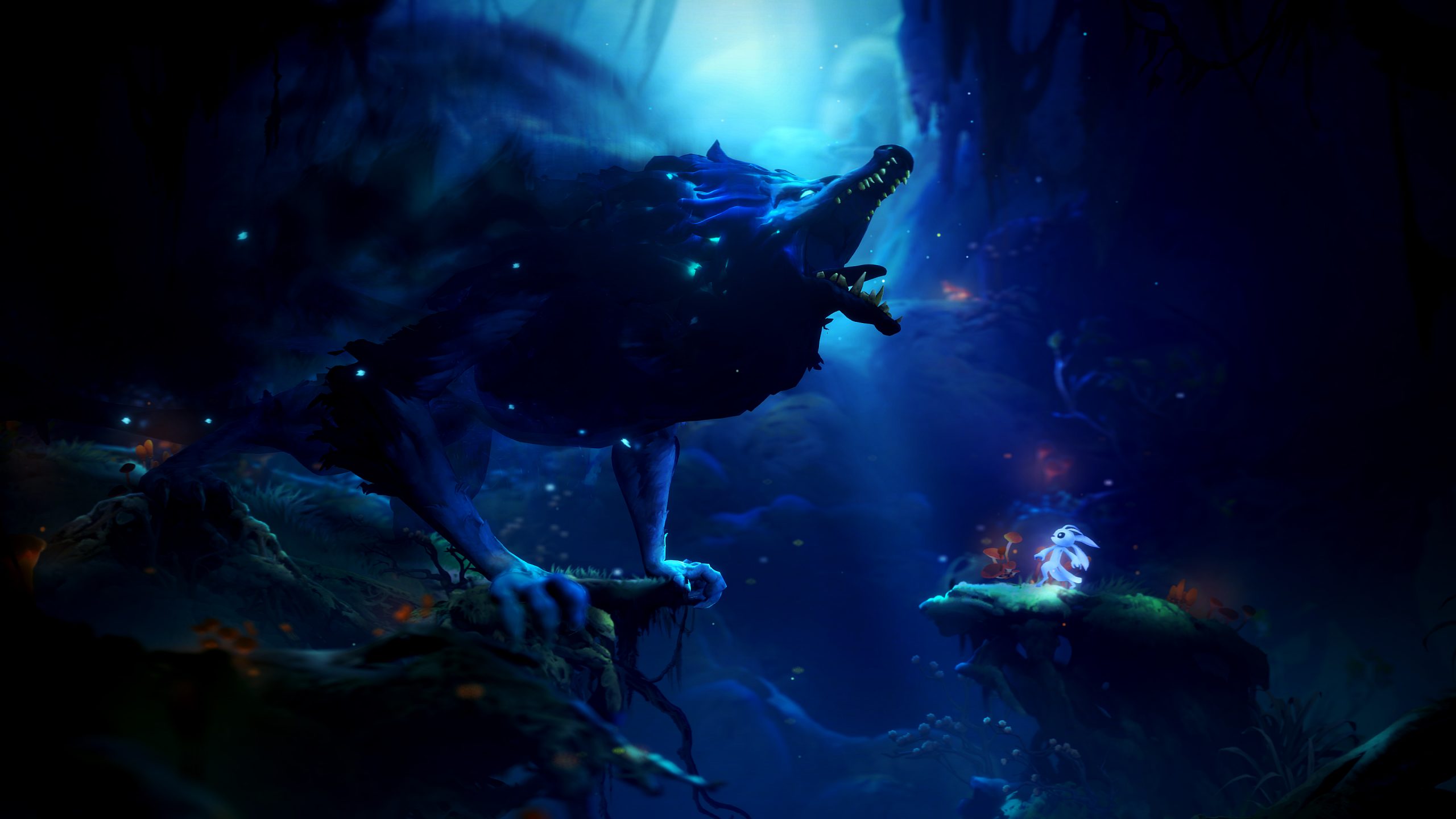 Ori and the Blind Forest was one of the best reasons to own an Xbox One early in the console’s lifecycle, and now in the console’s twilight years its predecessor, Ori and the Will of the Wisps, hopes to close out that legacy with an ambitious follow-up. After not only completing the campaign but finishing 100% of the content in this stellar sophomoric sequel that improves Ori in almost every way.

Ori and the Will of the Wisps is a story set in the aftermath of Ori and the Blind Forest, where Ori and the gang have added a new friend to their crew, a baby owl named Ku, who is lost amid a violent storm. Ever the devoted friend, Ori makes her way through a dangerous and corrupted forest to rescue Ku. As you might expect from a follow-up to The Blind Forest, the story is filled with emotional twists and turns, sympathetic antagonists, and loveable NPCs. But Ori and the Will of the Wisps succeeds in making its world feel more alive by greatly increasing the number of characters you meet, each with their own memorable personality, like a grumpy treasure hunter and a wise, old monkey mentor. 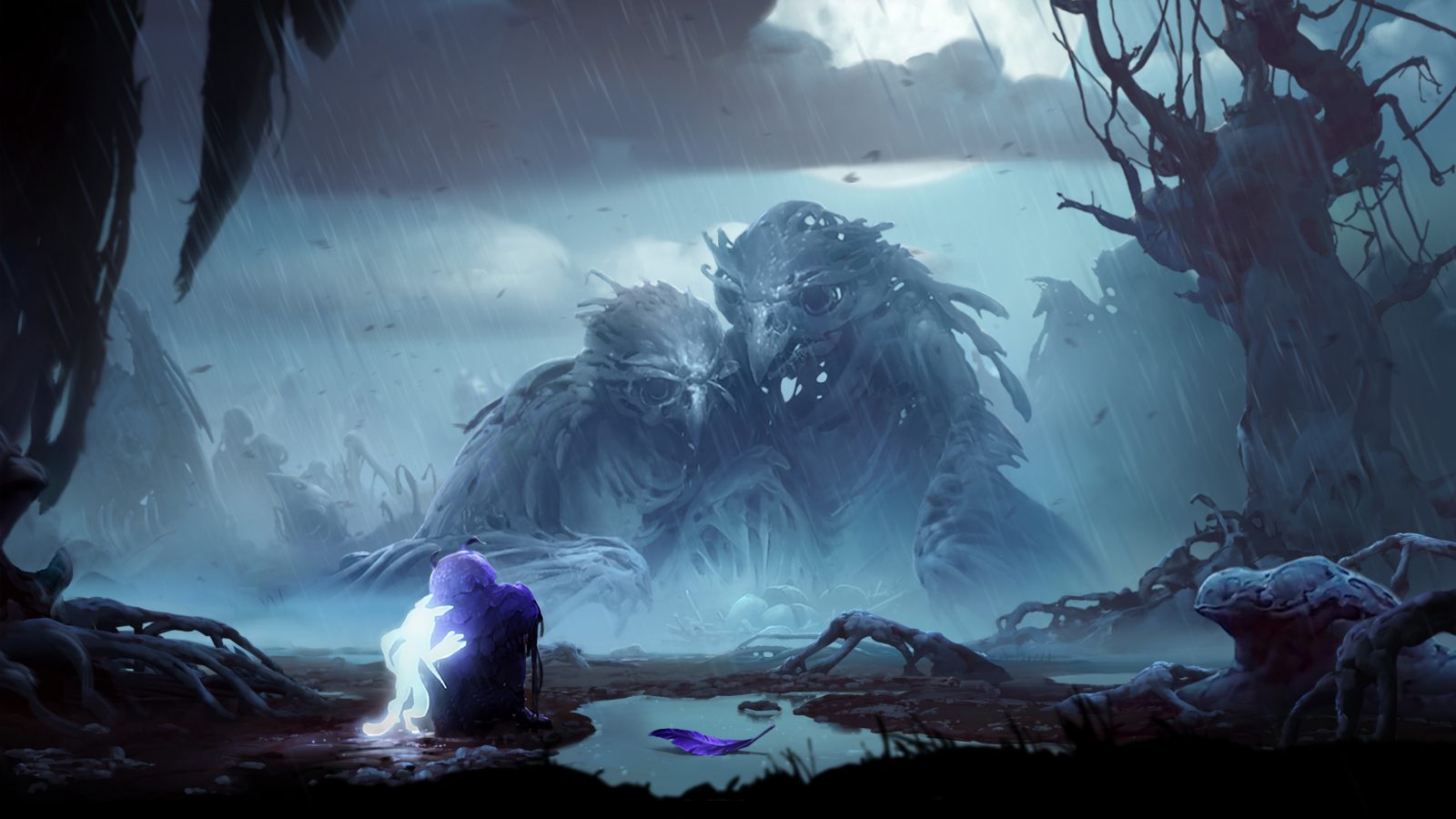 Ori and the Will of the Wisps Graveyard

And it wouldn’t be an Ori game without some absolutely breathtaking setpieces and an emotional soundtrack that will be stuck in your head for days after playing it. Simply put, Ori and the Will of the Wisps is masterful in its presentation. The caveat here is that it’s sometimes bogged down by technical issues like the framerate dipping for a few seconds or areas not loading by the time you enter them. And since Will of the Wisps relies on lightning-quick response times, dropping frames or getting stuck inside the environment because it had trouble keeping up with you is a huge problem that can really pull you out of an otherwise stellar experience.

There’s so much to do in Will of the Wisps that, although there’s an achievement for beating the story within four hours, you’re likely to take dozens of hours to get through it thanks to the refreshing difficulty and plentiful list of things to accomplish. Whether you’re taking on side quests dished out by NPCs or discovering a completely optional (and very cool) dungeon, all of the content is addictive and very easy to get distracted by. For example, there are time trial minigames scattered throughout the forest that challenge you to beat a ghost’s times, and if you’re like me you can get way too into trying to beat your friends on the leaderboard. Stuff like this is absolutely packed within the Will of the Wisps and most of it is a lot of fun, with the notable exception of a particularly tedious trading side quest that has you running all over the forest trading items to woodland critters.

Instead of a sprite that auto-attacks enemies, Ori takes a more direct role in combat in Will of the Wisps by using a variety of light-based weaponry that can be unlocked and upgraded throughout her adventure, including an agile sword, devastating hammer, and far-reaching bow and arrow. With more developed combat comes more complex combat encounters including boss fights which now typically involve both the chase scenes similar to those in Ori and the Blind Forest as well as a straight-up boss fight where you dodge attacks and chip away at a health bar. At first combat seems a little out of place, but it quickly becomes second nature, and the payoff is a much more exciting experience and a wider variety of things to do on your adventure.

Of course, the things that The Blind Forest does best are still the heart of Ori and the Will of the Wisps, like platforming, which has never been better. You’ll dive into deep oceans filled with traps, tunnel your way through a maze of dirt while dodging lasers, and jump through vast forest canopies. The abilities you choose to utilize can completely change the game along the way. Equipping an ability that lets you stick to walls might let you climb to areas otherwise unreachable, while gaining a triple jump will allow you to avoid missing gaps that would otherwise result in your untimely end. The customization and meticulously detailed jumping puzzles make for a challenging mix of combat and precise platforming that makes for a harrowingly difficult journey that’s become Ori’s hallmark. 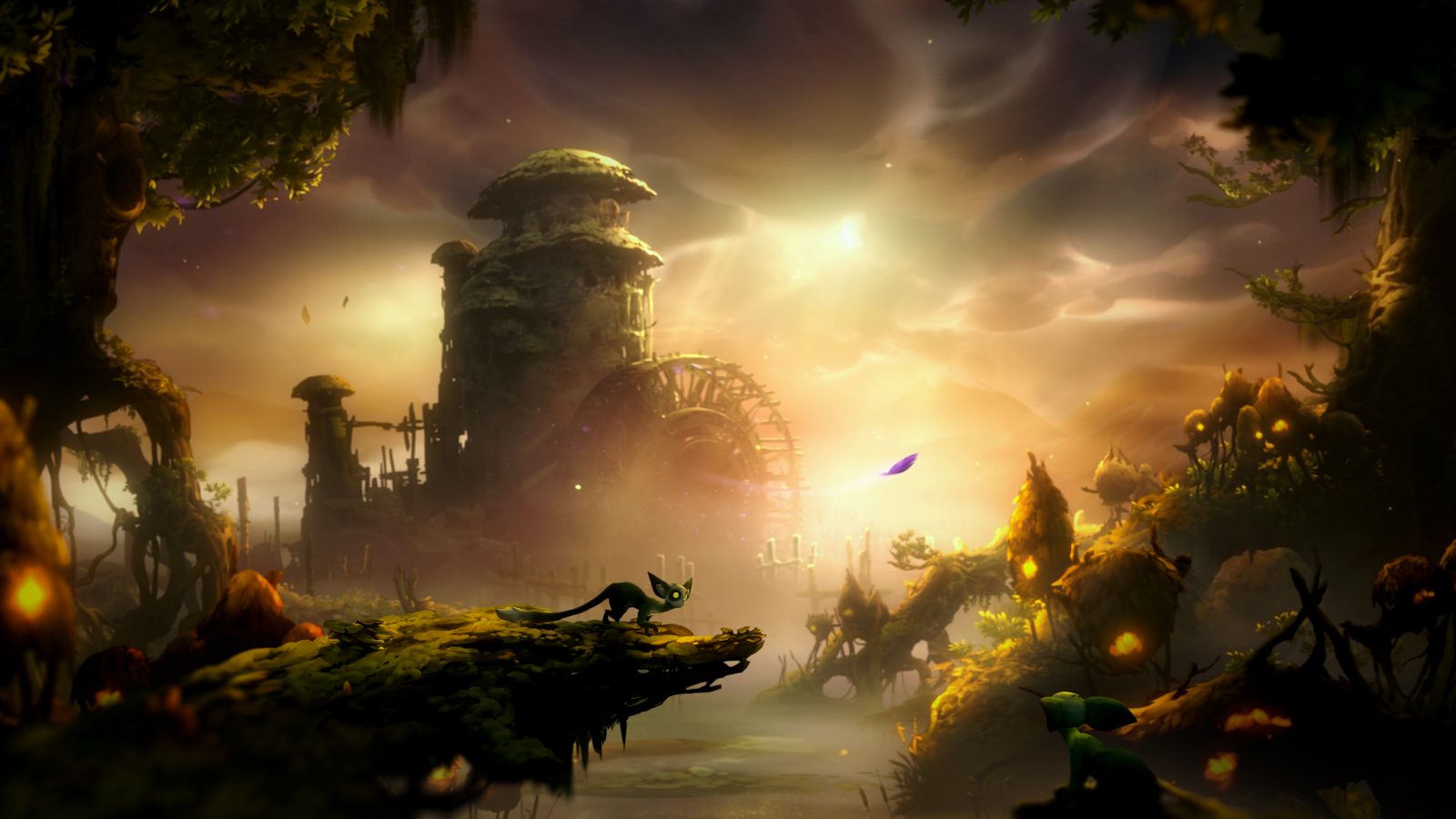 Ori and the Will of the Wisps Screenshot Water Mills

Ori and the Will of the Wisps isn’t for the faint of heart — there’s incredibly unforgiving boss fights and pulse-pounding chase sequences that can set you back quite a ways upon failure, but unlike Ori and the Blind Forest none of it is designed in a frustrating way. In The Blind Forest players were expected to remember to create save checkpoints periodically, but in Will of the Wisps everything is automated and checkpoints are handed out fairly liberally. That said, this doesn’t mean that the people at Moon Studios have gone soft. On the contrary, they’ve carefully ensured that certain points in the game, like the infamous chase scenes, have no checkpoints. Failing and trying again happens so fast that it keeps the excitement moving along without being too annoying in the process.

Ori and the Will of the Wisps

Ori and the Will of the Wisps improves upon its predecessor in almost every way, from its drastically improved combat system to its use of NPCs and side quests. Like Ori and the Blind Forest before it, Will of the Wisps is held back by intermittent technical hitches that can result in some frustrating moments, but it hardly keeps this incredible sequel from shining through.

You know that jerk online that relentlessly trash talks you after every kill? That guy was probably Travis "Tie Guy" Northup. Competitive, snarky, and constantly wearing a tie, Travis has been writing his opinions about electronic media since he was a teenager, and is pretty much the only person to hold his opinions in high regard.
Related Articles: Ori and the Will of the Wisps
Share
Tweet
Share
Submit