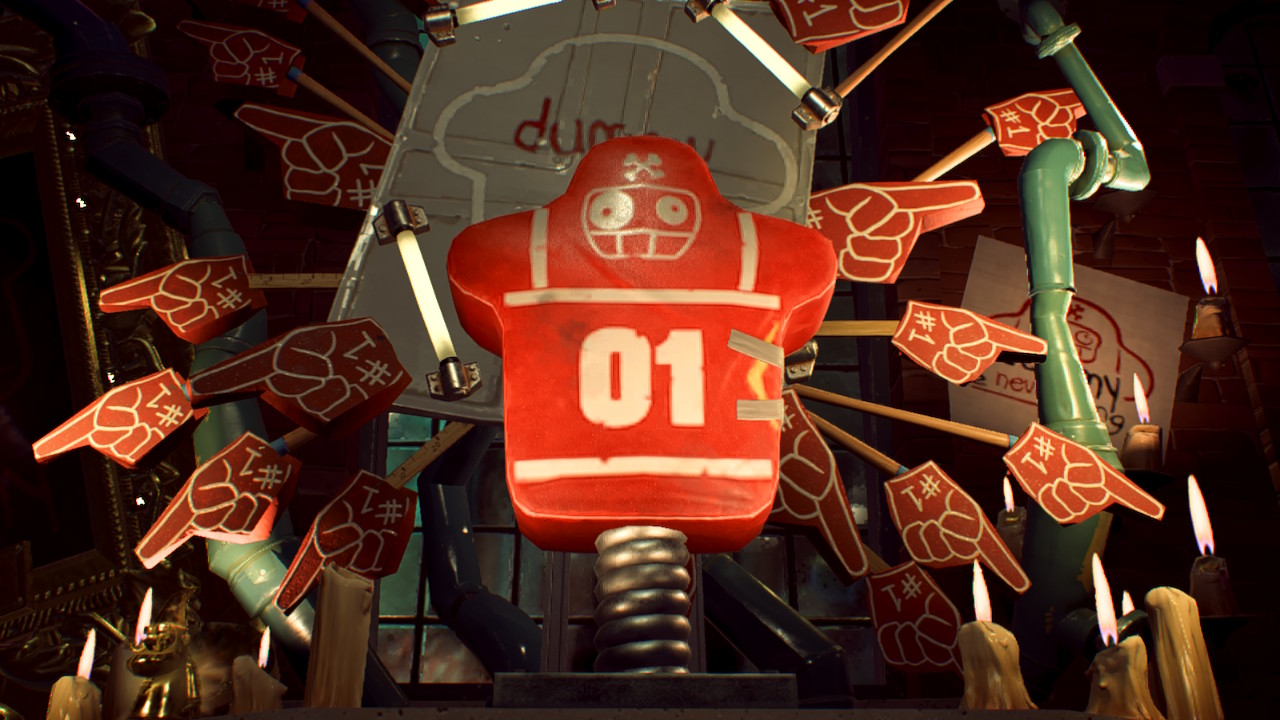 I don’t think anyone expected the little mobile game Plants vs. Zombies to get as big as it did. I doubt even the developers at PopCap back in 2009 foresaw their tower defense game becoming so popular or being bought by corporate giant EA who capitalized on said popularity with two sequels (one upcoming), a collectible card game, and a series of third person shooters. The Garden Warfare series began in 2014, with a sequel in 2016, and finally Battle for Neighborville in 2019. Now, two years after its initial release, the latest team-based shooter makes its way to Nintendo Switch. It’s certainly a strange decision, as the game received its final content update back in September of 2020, but a welcome one nonetheless.

While I haven’t touched any of the Garden Warfare games, I did play a bit of the original game way back when and have played far too much Team Fortress 2 and Overwatch, so I had an idea of what I was getting into. While Neighborville bears more similarities to other team based shooters than it does differences, there’s still enough here to make it an interesting experience. Since I’m playing the game before launch on Switch (and there doesn’t appear to be any cross-platform support) I stuck with the single player mode and did a few matches with bots. You access everything from a hub called Giddy Park where you can customize characters, purchase cosmetic items with in-game gold, practice your skills, and generally hang out. Both the Plants and Zombies have different versions of the place, but they’re largely the same in terms of what you can do.

From there, you can dive into either the Player vs Enemy or Player vs Player. The Plants and Zombies each have two PvE campaigns (one map is shared for a total of three) that you can play through with up to three friends. These maps contain a main quest, where you need to find three things before taking on the boss, as well as side quests like bounties or arena matches and tons of collectables. There’s a surprising amount of stuff to do here if you’re on your own and the main quests on their own will keep you busy for a few hours, even if they can be a little repetitive. The writing in these quests isn’t the best though, of which I’ve come to call it anti-funny: it tries so hard to be quirky and hilarious it occasionally loops around to get a chuckle out of you more so at the game’s expense. While you can choose to enter these areas as any of the characters on your chosen side, they feel designed around the default soldier classes, the Peashooter and Foot Soldier Zombie. You can certainly play through them with any of the other classes, but it is more difficult.

Every class has three special skills used with L, R, or X. These abilities can range from healing your nearest ally, rocketing high into the air, or creating a small shield. The Plant and Zombie sides have mirrors of each other’s classes in terms of roles, but they differ in fun and interesting ways to make for some very unique asymmetry. While you may prefer one side over another, either aesthetically or gameplay wise, you still have at least an idea of how a character should play if you’ve played as their mirror. Unfortunately you’re left on your own to figure out what each character should be doing and how their abilities work. You can read descriptions of their abilities in the pause menu, but there’s nothing outside of that to guide you. This would have been a great opportunity to have a mission or two for each character to teach you the fundamentals, but figuring it out on your own can be fun too. 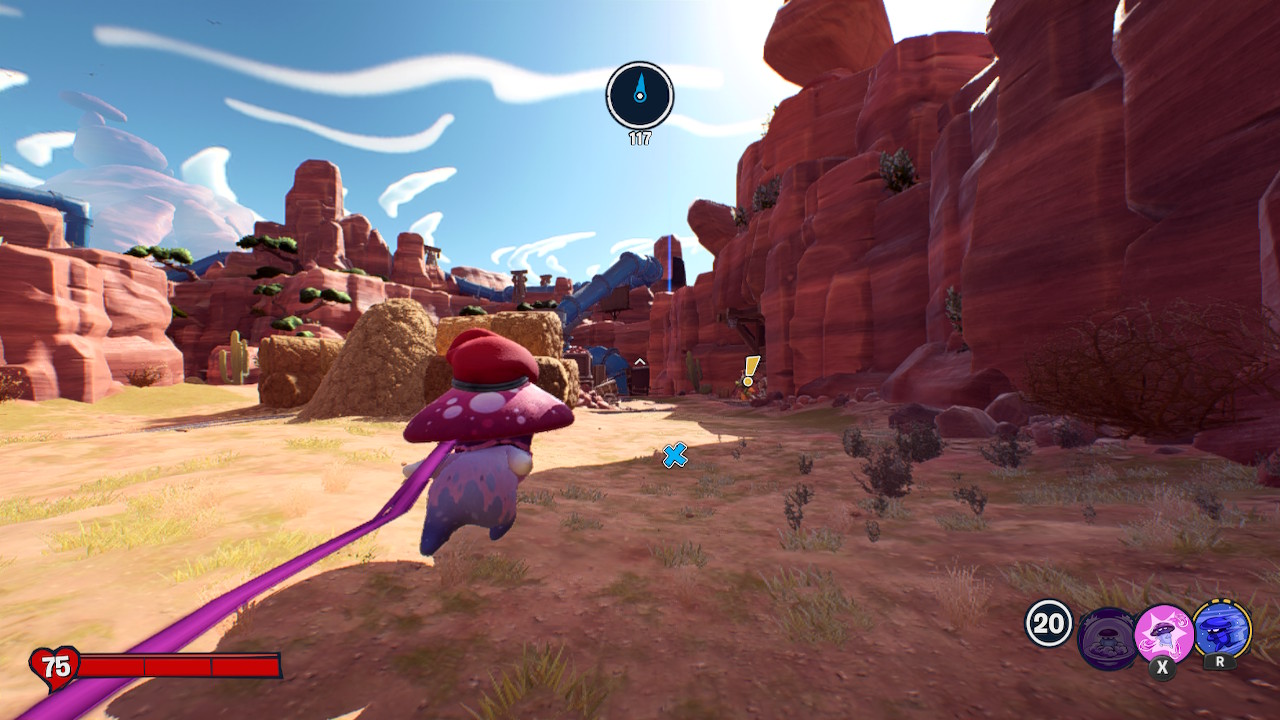 There are three characters locked at the start of the game you have to purchase with in-game gold, one on the Plant side and two on the Zombie side, the only other things to buy are cosmetics like skins, hats, and shoes. These characters are pretty expensive, costing 500,000 each, and it took me all four campaigns to buy just one. As long as microtransactions aren’t introduced I don’t have a problem with this, but the potential for predatory monetization is here and it’s something to be aware of, especially if your kids will be playing this. There are also several other types of currency and multiple battle-pass-like features designed to keep you playing, it feels like everything is set up to prey on people vulnerable to these kinds of tactics, but as far as I know there isn’t a way to spend money in game aside from the initial purchase.

Once you’ve had your fill of the single player, you can duke it out against the other team in several PvP modes. These include Team Vanquish, where the first team to 50 kills wins, Vanquish Confirmed, where you need to grab an enemy’s orb after defeating them, Suburbination, a standard point control mode, Gnome Bomb, where you need to destroy the other team’s three areas by planting a bomb, Turf Takeover, where one team defends an expanding map from the other, and Battle Arena, a deathmatch mode. There’s also one more PvE mode you access from the same terminal, Ops, where you and three friends battle waves of foes. While these modes are fun enough (except for Gnome Bomb, which goes on for far too long), there’s nothing really new to see here. Considering the series’ tower defense roots, it would have been nice to see something more in that vein. Turf Takeover comes close, and there are a few quests like this in the single player, but the lack of anything unique makes this feel like just another team shooter. Sure, it’s competent, but it can’t quite get the edge on its contemporaries. 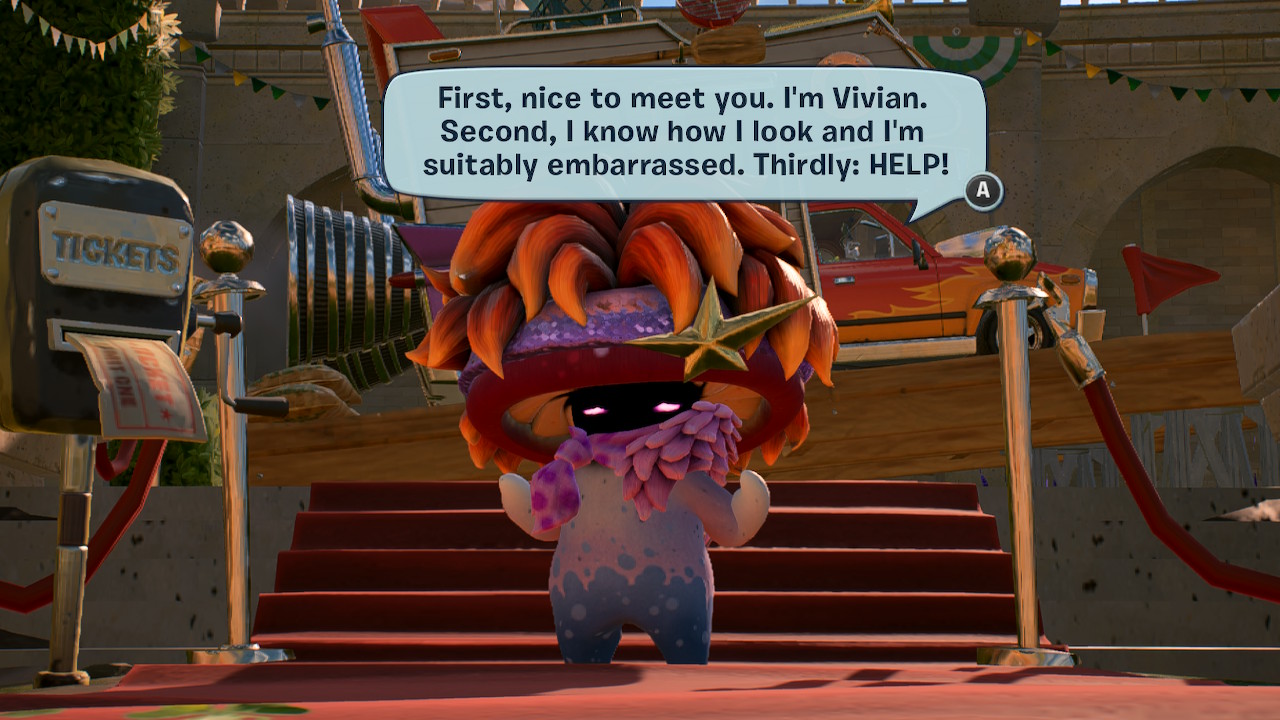 Competent similarly describes the game’s performance and visuals on Switch. While there can be frame dips with multiple characters on screen all using their abilities, gameplay generally stays around 30 frames per second. The cutscenes, on the other hand, appear to my untrained eye to hover around the teens or low twenties which is very weird. It doesn’t matter what’s going on in a scene, all of them are like this. Even in this visually compromised state, with very near pop-in and blurry textures, it’s clear Neighborville has trouble running on the handheld console. The game also tries to take advantage of motion control aiming here, and while it works fine in docked mode the sensitivity for left and right aiming is super low with no way to adjust it. You can change the sensitivity for the sticks and motion control both walking and aiming down sights overall though, which is nice to have.

Plants vs Zombies: Battle for Neighborville

Plants vs. Zombies: Battle for Neighborville is a fairly generic team shooter that doesn’t take advantage of its strengths. While there’s a lot to do in single player it’s fairly shallow and the multiplayer modes don’t bring anything new to the table.

David is the kind of person to wear his heart on his sleeve. He can find positives in anything, like this is a person who loved Star Fox Zero to death. You’ll see him playing all kinds of games: AAAs, Indies, game jam games, games of all genres, and writing about them! Here. On this website. When not writing or playing games, you can find David making music, games, or enjoying a good book. David’s favorite games include NieR: Automata, Mother 3, and Gravity Rush.
Related Articles: Plants vs Zombies: Battle for Neighborville
Share
Tweet
Share
Submit